Accessibility links
Shudder Puts The Screaming In Streaming Video Horror is enjoying a rise from the dead right now — particularly on TV. And as streaming TV services multiply, AMC's Shudder has found success with a menu of classic horror and original programming. 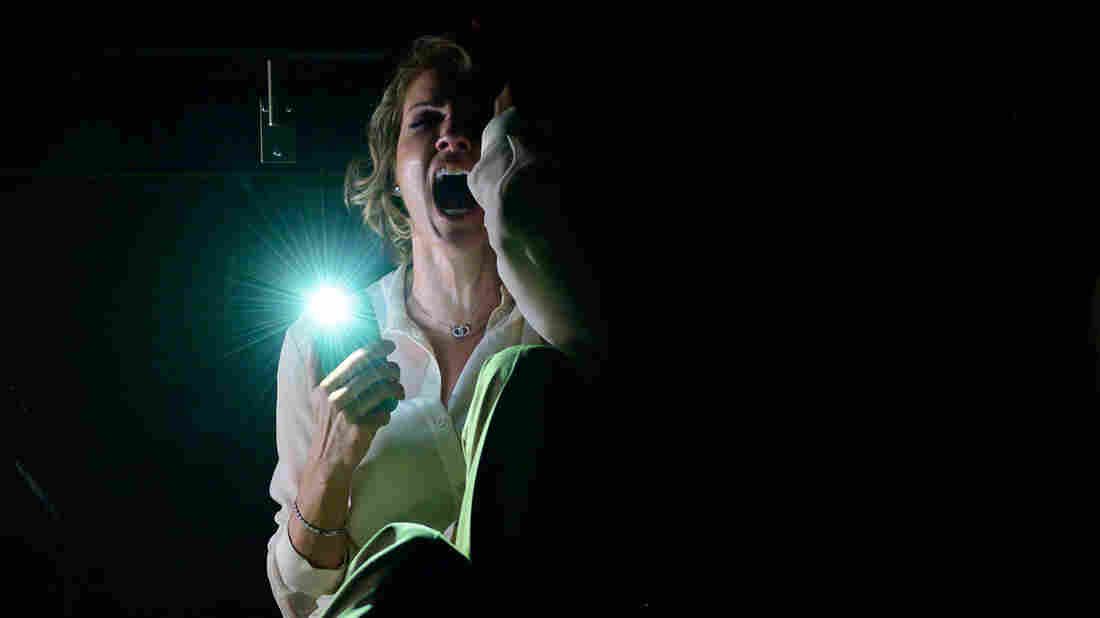 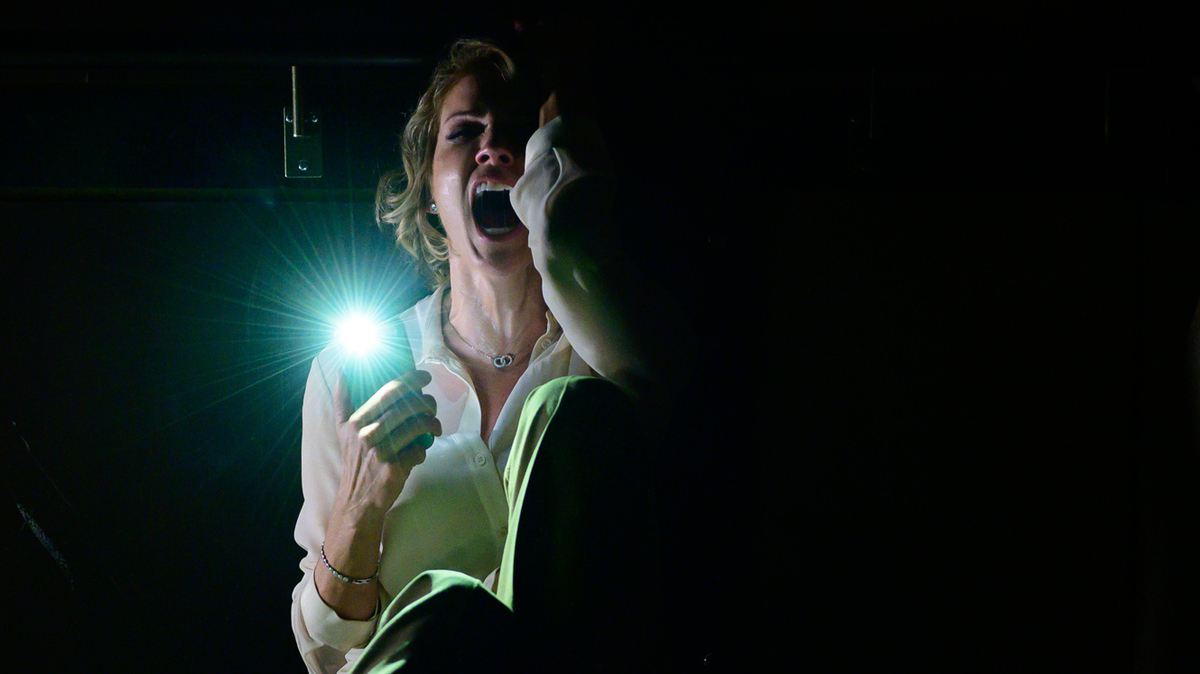 Tricia Helfer in "Lydia Layne's Better Half," an episode of the Shudder original series Creepshow.

How mainstream is horror today? Frighteningly mainstream. Let's just look at some of the biggest smash hits recently on television and streaming video: Shows like Stranger Things, American Horror Story and The Walking Dead all fit into to this once-maligned genre.

To feed this hunger for horror, AMC — the channel behind The Walking Dead — decided to create a dedicated streaming service called Shudder, featuring horror movies, shows, even documentaries. Craig Engler is the general manager for Shudder, and he says the service is taking off because horror has lots of fans, it's a bargain to make, and more people like it than they realize. "People think horror is just the Halloween movies, or Friday the 13th," he says. And you will find those classics on Shudder — but also original programming like the wildly successful series Creepshow, inspired by the stories of Stephen King.

Had AMC put Creepshow on cable, it would've doubtless attracted thousands, if not millions, more eyeballs, but the idea was to lure viewers into the next evolution of media. Audiences are gravitating away from old-fashioned cable channels and towards streaming video — that's why Disney, HBO, Apple and every other massive media company on the planet is adding or expanding streaming services right now. Over the past few years, AMC has launched several streaming services — including Shudder.

"One of the intentions with Creepshow was to draw people to Shudder," says Greg Nicotero, the executive producer of both Creepshow and The Walking Dead. Luring horror fans with a familiar and beloved Stephen King property was the first step, he says, towards convincing them to stick around for thousands of hours of smart, interestingly curated horror, ranging from an Indonesian box office hit called Satan's Slaves ("It was so crazy good, and I loved it so much!" he says) to a feminist rape-revenge movie by French filmmaker Coralie Fargeat called, well, Revenge.

In 'Tigers Are Not Afraid,' A Dark Fantasy Amid Mexico's Drug War

Revenge is Fargeat's first feature film. And even though Shudder's a relatively small streaming service, she says it was in some ways a better place for her movie than Netflix. "You have so many movies and so many algorithms that make you appear or disappear," she observes about Netflix — but Shudder's movies appear in front of audiences invested in seeing them.

Shudder was founded in 2015. Four years later, the service has the top three best reviewed horror movies of the year so far, according to Rotten Tomatoes, and you can only watch them on Shudder. (One of them, Tigers Are Not Afraid, was made by Issa López, another female director. Based in Mexico City, she spoke to NPR this summer about her darkly thoughtful fairy tale of children orphaned — and literally haunted — by Mexican drug cartels.)

"Horror travels super well," says Shudder general manager Craig Engler. "The things we're afraid of are universal." Exactly how universal would be more clear if Shudder released its subscription information — but those numbers remain shrouded in mystery, per company policy. "Which is a shame," Engler says, "because the metrics are awesome. We are growing by leaps and bounds. Almost every month, we set new records in terms of viewership, in terms of subscriber acquisition."

That doesn't surprise Laura Martin, a media analyst for Needham, "because," she says, "the fans are so rabid." Forget competing with giant services like Netflix, Martin says. It's smarter to focus on enthusiastic fan bases that love relatively cheap content — and promoting it to each other. Martin points to another streaming service owned by AMC, Acorn TV, which enjoys a similarly passionate group of fans. They're always starving for their preferred content, and essentially advertise it via word of mouth. The difference? Acorn fans are into high-end British television, especially mysteries. "So I actually think this is sort of an inspired choice that AMC is pursuing here," she says.

In the Venn diagram of British mystery-lovers and fans of horror movies there's another surprising commonality, says Engler: "There's a huge overlap between Shudder members and people who read books." It's a rare demographic admission that gives horror fans an eerily shared interest not only with British TV fans — but also NPR listeners.