Accessibility links
The Kid Bows Out: Movie Producer Robert Evans Dies At 89 The Hollywood legend was discovered in a swimming pool by the wife of a movie mogul and went on to helm Paramount Pictures, producing huge hits like Rosemary's Baby, Chinatown and The Godfather. 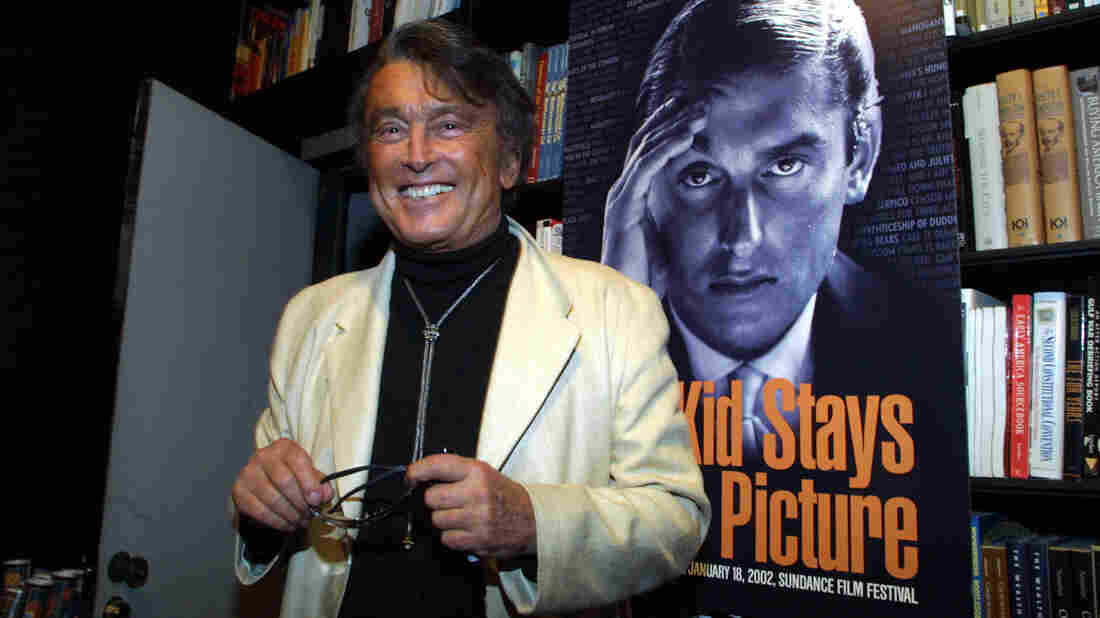 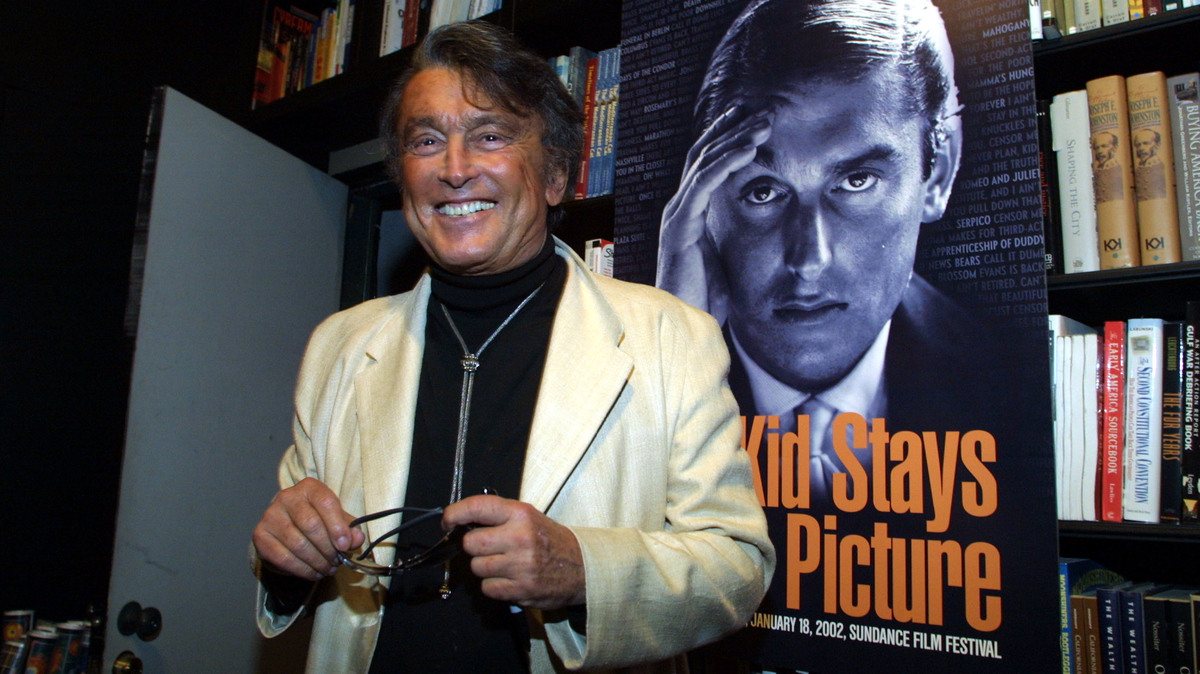 Robert Evans attends a 2002 book signing for his memoir The Kid Stays in the Picture.

Robert Evans – the once vice president of production at Paramount who was responsible for critically acclaimed films such as The Godfather parts 1 and 2, Chinatown, and Serpico – died Saturday at the age of 89.

While Evans was known for his string of '70s cinema hits, he was also convicted of cocaine possession in 1980. He detailed his own rise and fall in the industry in his 1994 memoir The Kid Stays in the Picture.

Evans was born Robert J. Shapera in New York City in 1930. Growing up, he had dreams of being an actor, but ended up working with his brother's successful fashion company until his mid-20s. Evans got his big break when the actress Norma Shearer spotted him by a pool and thought he'd be perfect to play her deceased husband Irving Thalberg in the movie she was working on, Man of a Thousand Faces.

That started a short-lived career as an actor, but led to a much longer career as a producer. By 1966, Evans was the head of production at Paramount — all before ever releasing a single movie.

During Evans' tenure as Paramount's head of production between 1966 and 1974, the studio released era-defining movies like Rosemary's Baby, Harold and Maude and The Godfather.

Evans, who was Jewish, told WHYY's Fresh Air in 1994 that there hadn't been a successful mafia movie until The Godfather, because until then, everyone who wrote and directed them was Jewish. 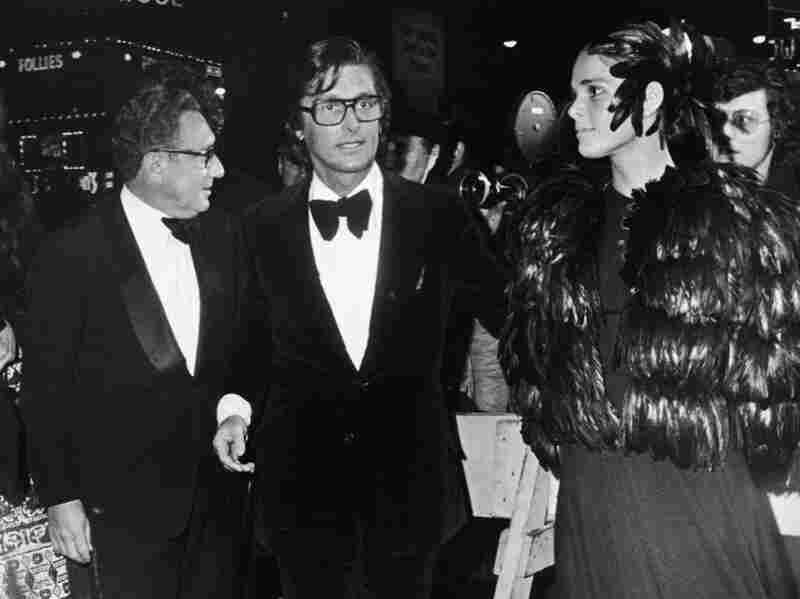 Evans with his then wife, actress Ali MacGraw, and Secretary of State Henry Kissinger at the 1972 New York premiere of The Godfather. Hulton Archive/Getty Images hide caption 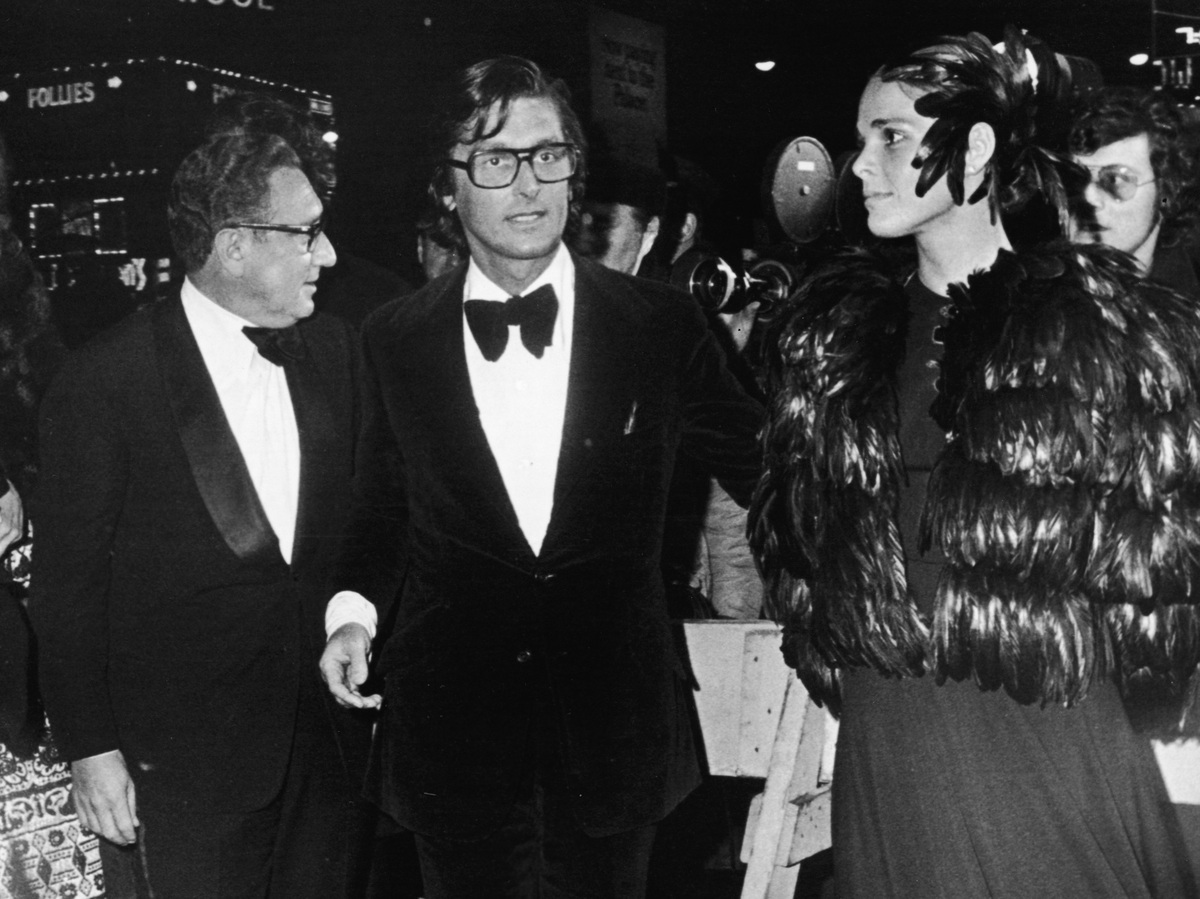 Evans with his then wife, actress Ali MacGraw, and Secretary of State Henry Kissinger at the 1972 New York premiere of The Godfather.

"That's why we gave Francis Coppola his assignment to do it. And by record, he had only made three unsuccessful films before that ... And when I hired Francis to do it, everyone thought I'd lose my job over it."

By the end of 1974, Evans stepped down from head of Paramount and became an independent producer at the studio (where he had an office until this past summer).

It was in this period that Evans became addicted to cocaine, and was eventually convicted for possession.

Then came the production of The Cotton Club, directed by Francis Ford Coppola. Evans struggled to find funding, and was introduced to producer Roy Radin, who invested in the film. In 1983, a year before the film came out, Radin was murdered. Four people were eventually convicted of the murder, including Karen Greenberger, who was Evans' girlfriend at the time. Evans was never charged with a crime, but his reputation took a major hit.

He continued to work here and there, with his last movie being the 2003 rom-com How to Lose a Guy in 10 Days.

Robert Evans was married seven times throughout his life, including to Ali MacGraw — with whom he had a son, Josh Evans, who survives him.

This story was edited for radio by Nina Gregory and adapted for the Web by Petra Mayer.