Accessibility links
Lebanon's Prime Minister Hariri Resigns After Weeks Of Protests Saad Hariri said he has reached a "dead end" amid widespread demonstrations that paralyzed his country. The move could destabilize a nation that has been relatively peaceful in recent years. 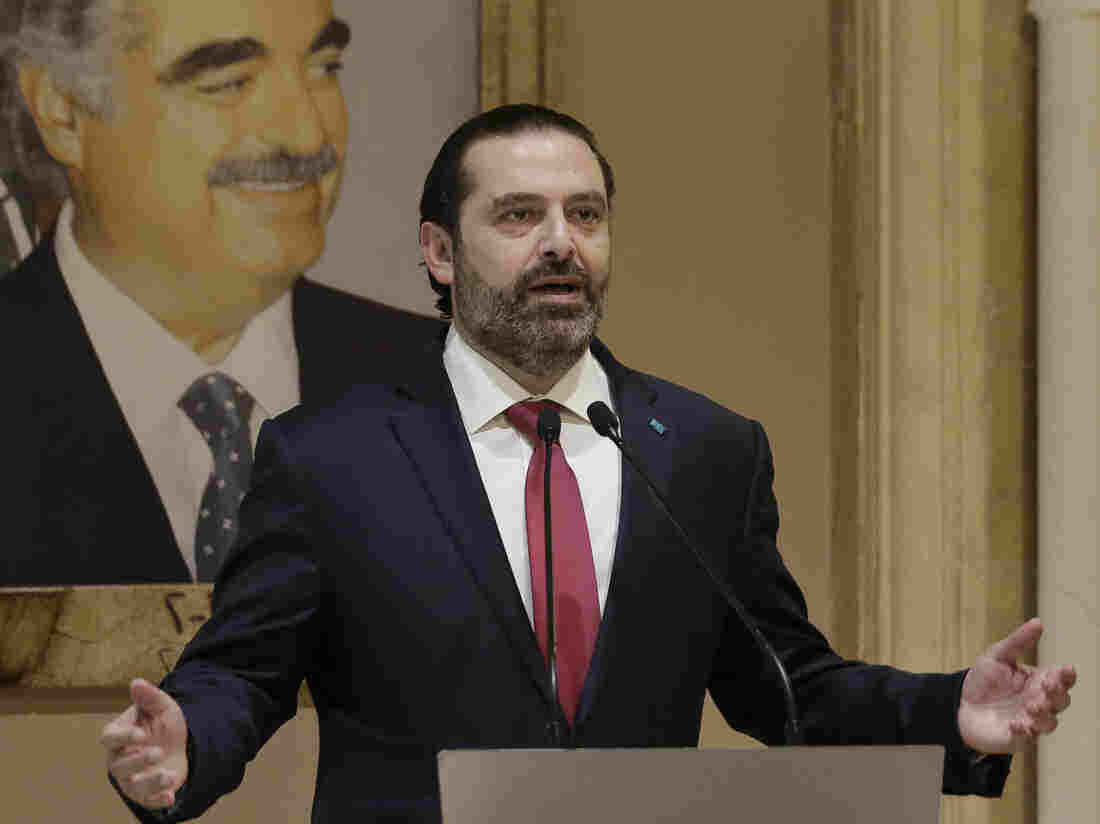 Lebanese Prime Minister Saad Hariri speaks during an address to the nation in Beirut, Lebanon on Tuesday. The embattled prime minister said he was presenting his resignation after he hit a "dead end" amid nationwide anti-government protests. Hassan Ammar/AP hide caption 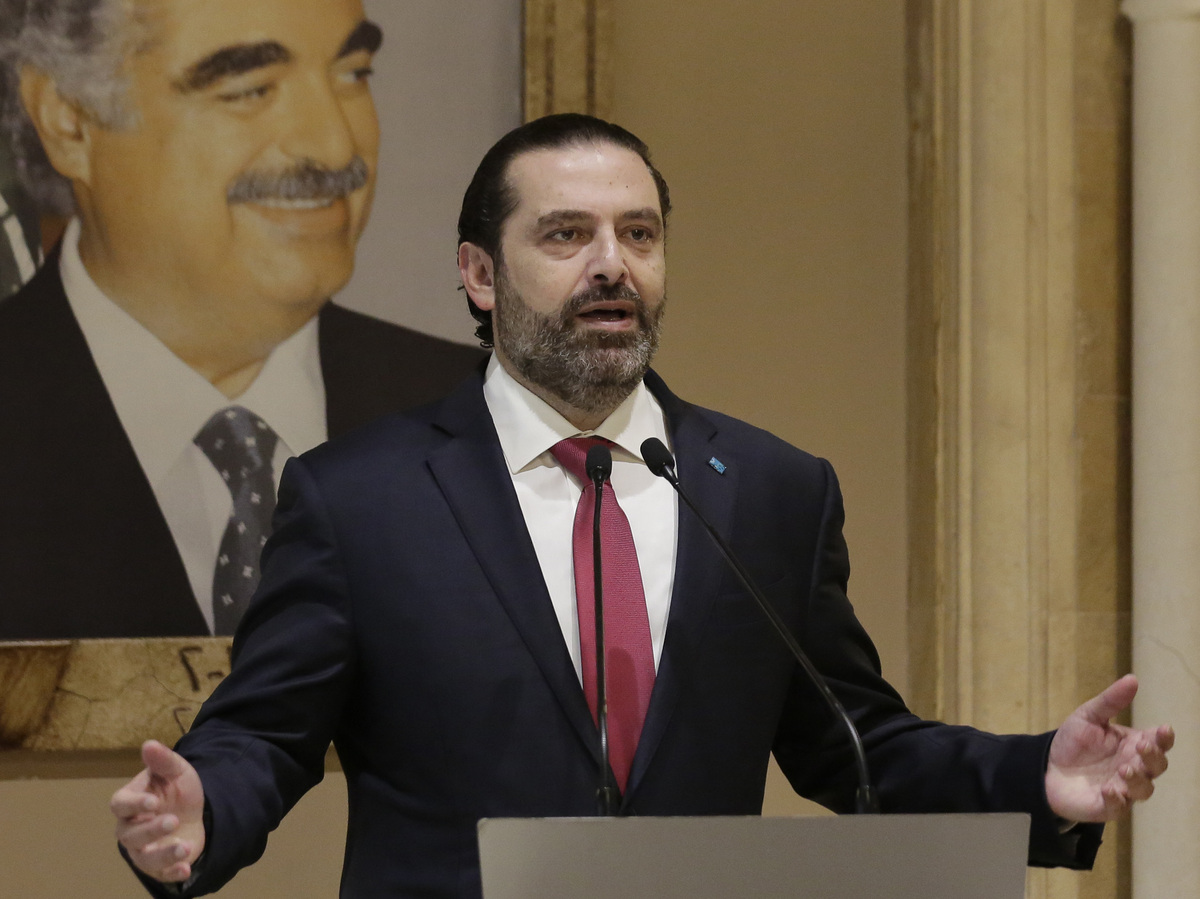 Lebanese Prime Minister Saad Hariri speaks during an address to the nation in Beirut, Lebanon on Tuesday. The embattled prime minister said he was presenting his resignation after he hit a "dead end" amid nationwide anti-government protests.

Lebanon's Prime Minister Saad Hariri is submitting his resignation, after nearly two weeks of anti-government protests brought hundreds of thousands of Lebanese to the streets.

In a televised address, Hariri said Tuesday that he has reached a "dead end" amid the widespread demonstrations that had paralyzed the country.

"For 13 days the Lebanese people have waited for a decision for a political solution that stops the deterioration [of the economy]," Hariri said, according to Reuters. "And I have tried, during this period, to find a way out, through which to listen to the voice of the people."

Protesters Continue To Fill Streets Of Lebanon, United By Their Calls For Change

"It is time for us to have a big shock to face the crisis," he said. "To all partners in political life, our responsibility today is how we protect Lebanon and revive its economy." 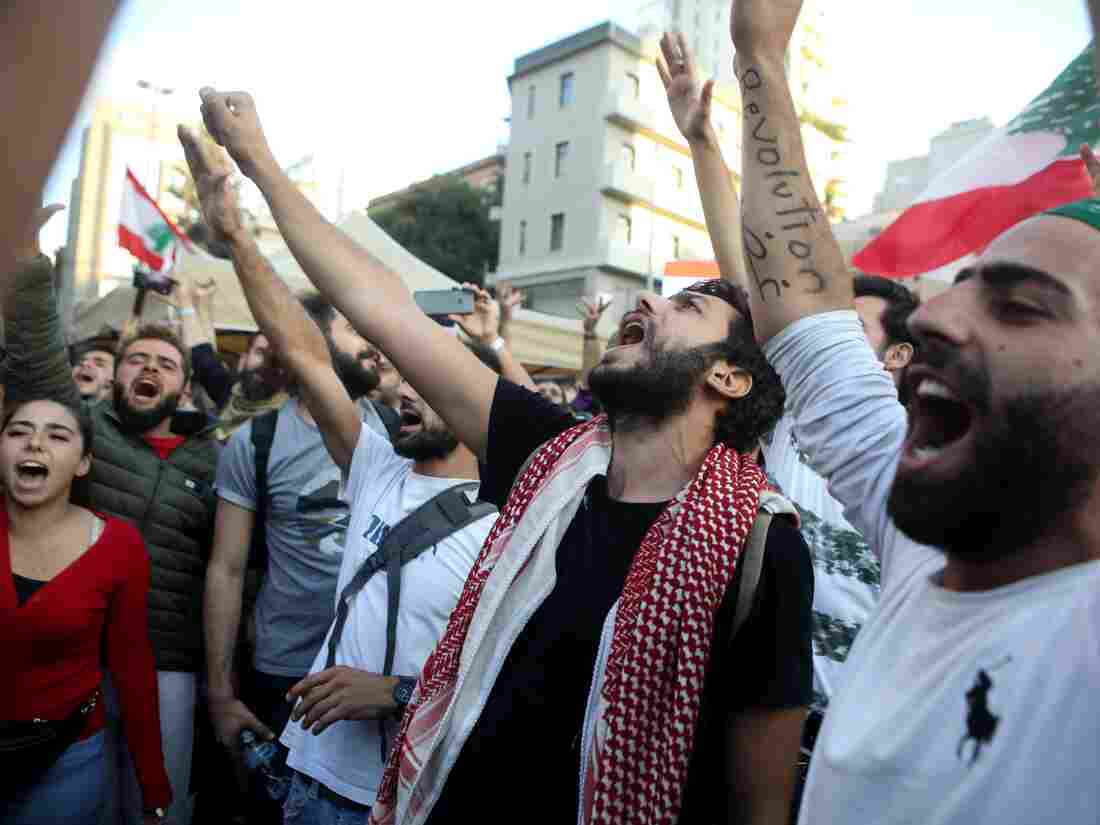 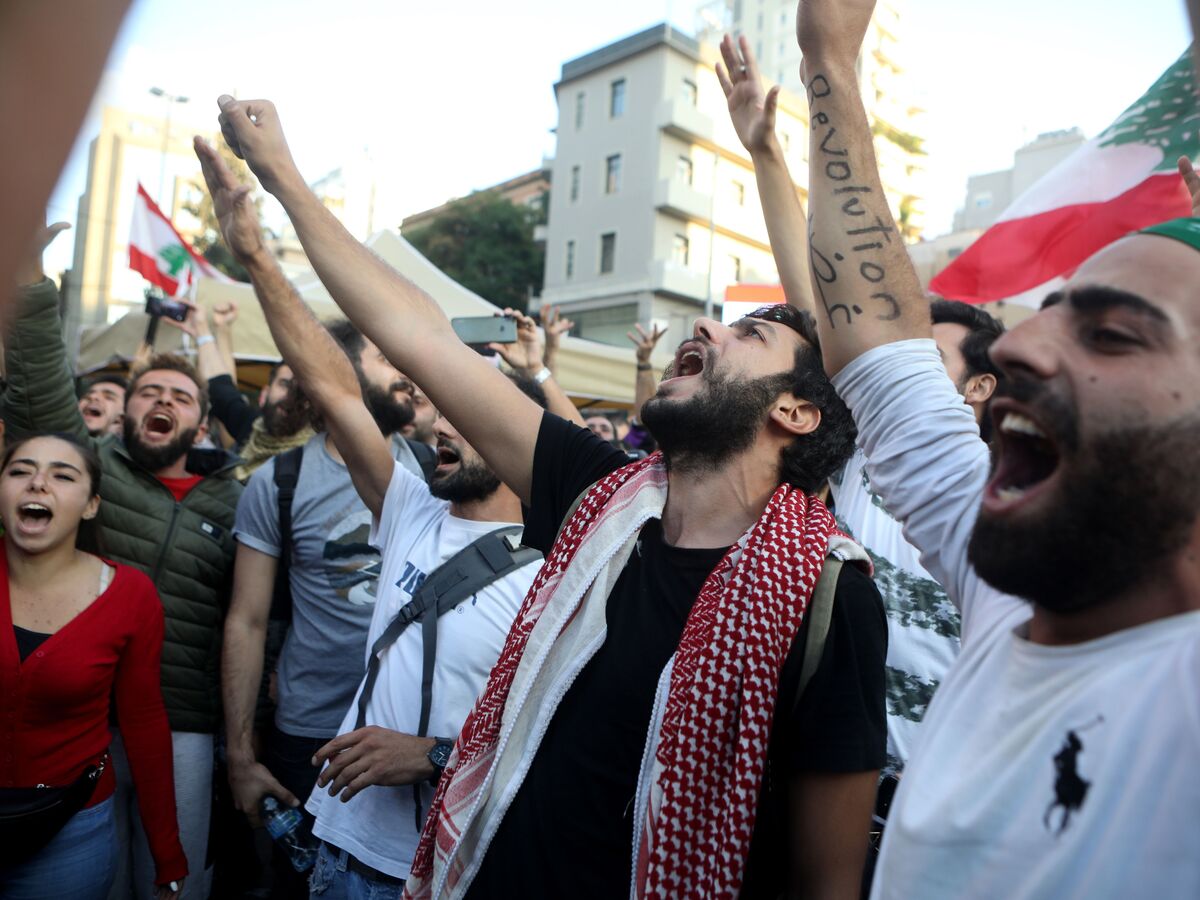 Lebanon's demonstrations began in reaction to the government's tax proposals, including one on calls over WhatsApp, before growing into a show of widespread dissatisfaction with the country's political system. Banks and government institutions were closed amid the turmoil.

The government has long divided power along religious and sectarian lines, with a Maronite Christian president, a Sunni Muslim prime minister, and a Shia Muslim speaker of parliament. Hezbollah, a Shia group that is a party in the parliament and an armed militia, is a major player.

Protesters are calling for a new non-sectarian system, with "All Means All" a key slogan of the movement.

Hariri's resignation threatens to destabilize a nation that has been relatively peaceful in recent years. The United States, Iran and Saudi Arabia all have their own interests in the country and tend to meddle in its affairs. Hezbollah and Israel still occasionally exchange fire.

Unrest in Beirut and across the country has paralleled large public demonstrations in Chile, Iraq and elsewhere, but the Lebanon's protests have often been notable for their decidedly festive atmosphere.

The protests are the largest demonstrations in the country since 2005, when Prime Minister Rafik Hariri – Saad's father — was assassinated in a car bombing in Beirut.

'Baby Shark,' Drinks And Dancing: Lebanon's Protests Are Unlike Any Other

On Tuesday, protesters cheered the news of Hariri's plans to resign. But with Lebanon's future now unclear, some also described a sense of dread.