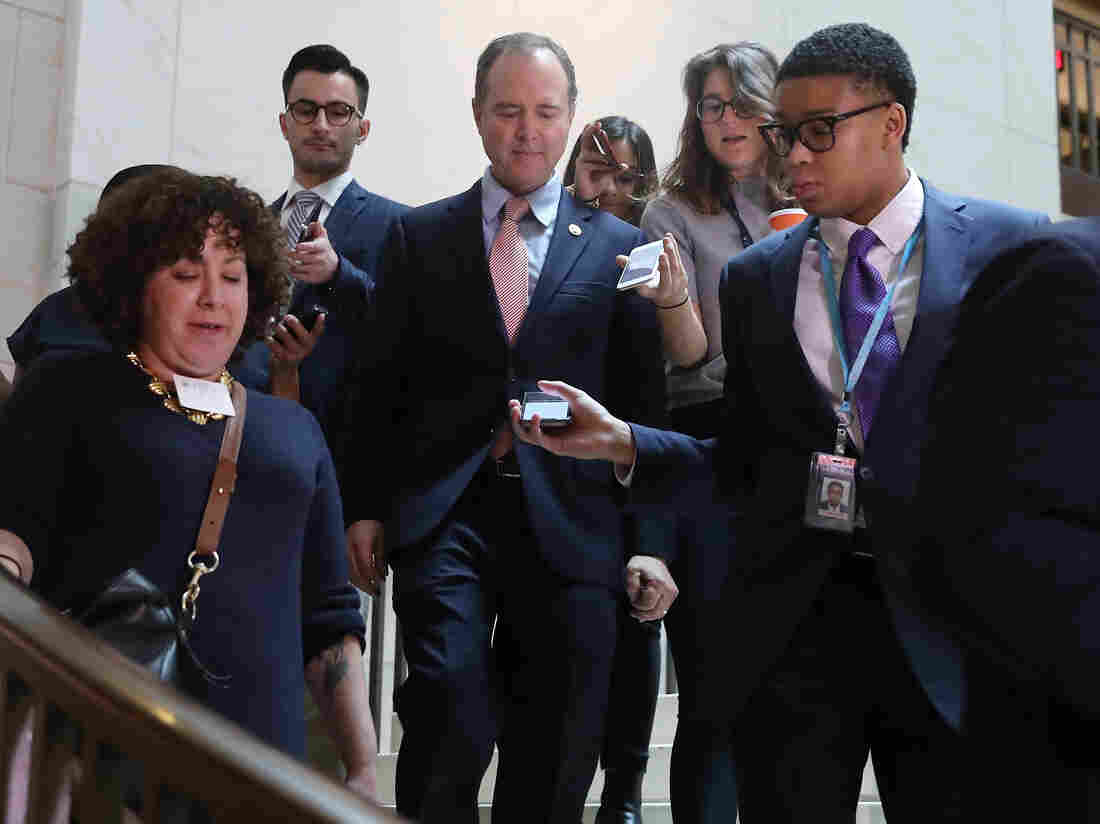 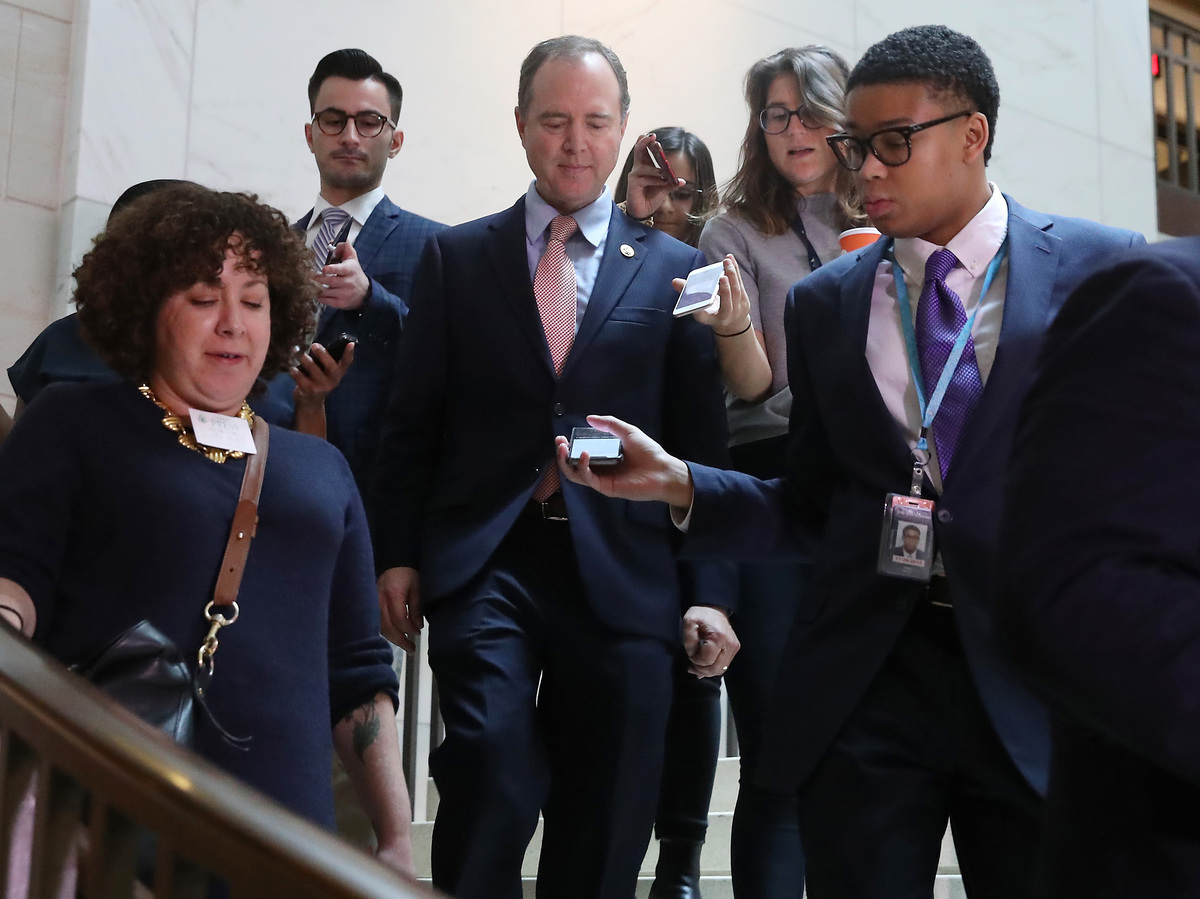 House Democrats unveiled a resolution Tuesday reaffirming their impeachment inquiry and setting out the process for it to continue examining whether the president improperly tried to pressure Ukraine into launching an investigation into a potential political rival.

The measure will enable public hearings and a release of the witness interviews already taken by House committees and will allow the president and his attorneys to cross-examine witnesses.

The move comes after congressional Republicans and President Trump complained that the inquiry underway is unfair and lacks due process.

The resolution states that after the inquiry phase is over, the investigating committees will send their findings to the House Judiciary Committee, which will determine whether to recommend articles of impeachment.

In a statement, four House committee chairs said, "The evidence we have already collected paints the picture of a President who abused his power by using multiple levers of government to press a foreign country to interfere in the 2020 election. Following in the footsteps of previous impeachment inquiries, the next phase will move from closed depositions to open hearings where the American people will learn firsthand about the President's misconduct." 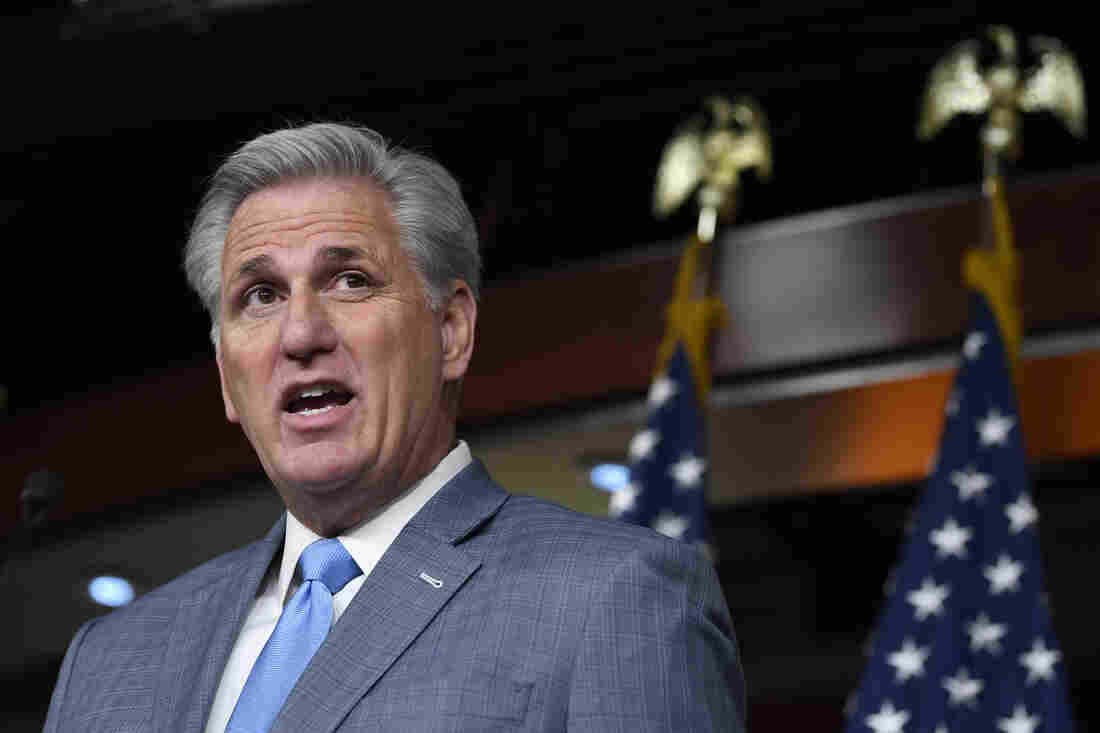 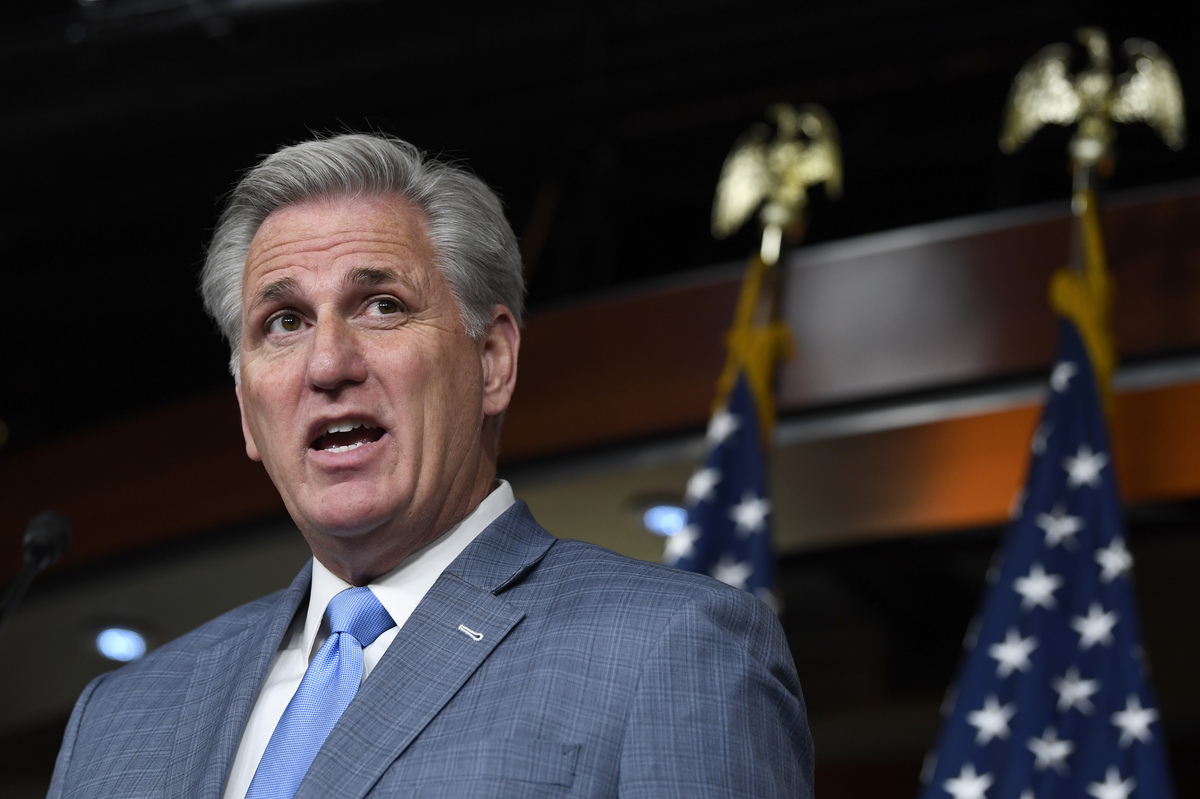 The White House quickly criticized the resolution, saying it confirms that the inquiry is a "scam." A statement released by White House press secretary Stephanie Grisham reads in part, "The White House is barred from participating at all, until after Chairman Schiff conducts two rounds of one-sided hearings to generate a biased report for the Judiciary Committee. Even then, the White House's rights remain undefined, unclear, and uncertain – because those rules still haven't been written. This resolution does nothing to change the fundamental fact that House Democrats refuse to provide basic due process rights to the Administration."

Though GOP lawmakers had pressed for a vote, they too immediately criticized the measure. Rep. Lee Zeldin, R-N.Y., called it a "wasted opportunity" that does not protect due process for the president and does not guarantee the minority party can call witnesses. However, as we explained here, the president is not entitled to due process in the inquiry because it's a political process, not a trial.

Democrats unveiled the impeachment resolution as an Army lieutenant colonel who listened in on the phone call between Trump and the president of Ukraine in July testified behind closed doors.

In his opening statement, Andrew Vindman stated that he "did not think it was proper to demand that a foreign government investigate a U.S. citizen, and I was worried about the implications for the U.S. government's support of Ukraine."

But the top House Republican said Vindman "is wrong."

"Nothing in that phone call is impeachable," Rep. Kevin McCarthy, R-Calif., said. McCarthy said he did not question Vindman's service, but said, "People have different philosophical beliefs."

Trump was also pressing for an investigation into the 2016 election, and McCarthy said that was fine.

By a 68% to 28% margin, though, Americans said it is not acceptable for a president to ask a foreign country's leader to help investigate a potential political opponent, according to the latest NPR/PBS NewsHour/Marist poll.

McCarthy reiterated his criticism of the impeachment inquiry led by House Democrats, as Republicans indicated they are likely to vote to oppose the resolution when it comes to the floor Thursday.

"You can't put the genie back in the bottle," McCarthy said. "Due process starts from the beginning."

In a tweet, Trump contended that his polls show the impeachment inquiry will lead to the loss of "many seats in 2020."

Nervous Nancy Pelosi is doing everything possible to destroy the Republican Party. Our Polls show that it is going to be just the opposite. The Do Nothing Dems will lose many seats in 2020. They have a Death Wish, led by a corrupt politician, Adam Schiff!

But public polls indicate a majority of Americans support the probe, almost two dozen incumbent Republicans have announced they will not run for reelection and GOP allies are voicing concern that 2020 could be a wipeout for Republicans.

The GOP conference chair, Rep. Liz Cheney, R-Wyo., said Democrats are "attempting to put a cloak of legitimacy around this process. It won't work."

But Cheney did speak out against some GOP critics who have questioned the patriotism of Vindman, a Purple Heart recipient who was born in Ukraine when it was part of the Soviet Union, and others who have testified.

"It is shameful to question their patriotism, their love of this nation," she said, "and we should not be involved in that process."

Rep. Raja Krishnamoorthi, D-Ill., who sits on the Oversight and Intelligence committees, wouldn't comment on specifics of Vindman's testimony. But he said, "It's no secret that folks on the other side are trying to figure out who the whistleblower is. From my opinion, it seems to be in service of the president's wanting to identify who that person is,and potentially retaliate against him or her. I think that's absolutely unacceptable."

Asked about Democratic concerns that Republicans are trying to "out" the whistleblower through Vindman's testimony, Rep. Jim Jordan, R-Ohio, said, "We're just trying to get information that we're entitled to."

Jordan, who is on the Oversight Committee, suggested that Schiff, D-Calif., instructed Vindman not to answer questions about whom he had spoken with. Jordan said knowing whom Vindman communicated with is important information and reiterated: "I want to get to the truth. I already know the main facts about this, that there was no quid pro quo in the call."

The call, based on the record released by the White House, shows the president asking Zelenskiy if he would "do us a favor though" right after Zelenskiy asked about military aid.

And diplomat William Taylor said in his deposition last week that Trump ordered a withholding of military aid and a White House meeting until Ukraine's president agreed to publicly state that his government would look into conspiracy theories about the 2016 election and the Bidens.

Rep. Stephen Lynch, D-Mass., would not comment on the substance of Vindman's testimony, but noted that, based on Vindman's opening statement, "there are some inconsistencies" between Vindman's statement and the testimony of Gordon Sondland, the U.S. ambassador to the European Union and a major Trump donor.

Lynch, a member of the Oversight Committee, said he "would be surprised if we didn't revisit Mr. Sondland's testimony."

Lynch called Vindman a "consummate professional, very honorable, very believable, very precise with his remarks," adding that his sympathies lie "with the United States and with democracy."

NPR's Lexie Schapitl and Susan Davis contributed to this story.