Accessibility links
Senate Staffer Gets Probation For Aiding Doxxing Of Pro-Kavanaugh Republicans Prosecutors say Samantha Davis gave her ex-boyfriend the keys to a Senate office where the personal information of Senate Majority Leader Mitch McConnell, Sen. Rand Paul and others was hacked. 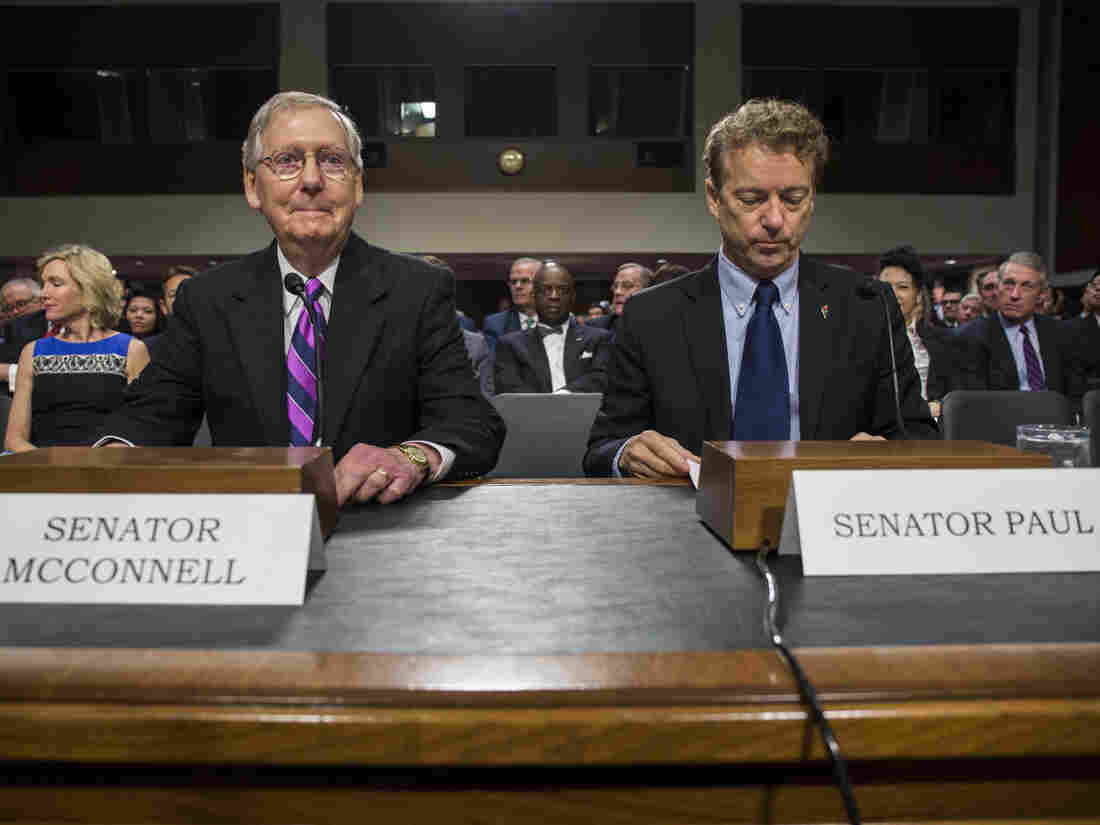 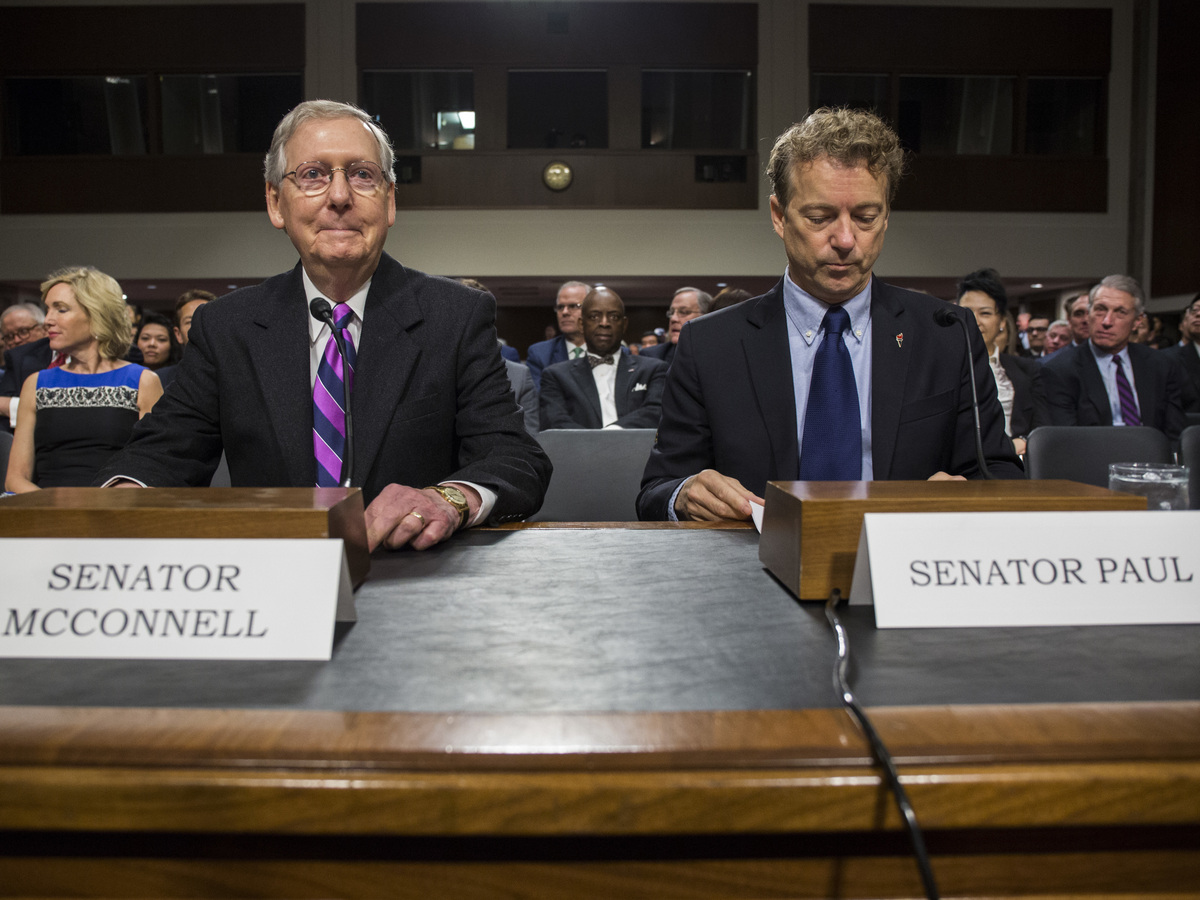 Prosecutors say Senate Majority Leader Mitch McConnell and Sen. Rand Paul, both Kentucky Republicans, were targeted in a doxxing scheme in which a former Senate staffer hacked into government computers to expose the personal information of lawmakers.

A former Democratic Senate staffer was sentenced to two years of probation this week for helping another onetime staff member break into a Senate office late at night to hack government computers. Their actions exposed the private information of five Republican senators, in an act of retaliation for their support of Brett Kavanaugh's Supreme Court nomination.

Davis originally denied to federal agents that she had any knowledge of the doxxing, but she later admitted to having played a role, federal authorities wrote in a sentencing memorandum.

Both Davis and her ex-boyfriend, Jackson Cosko, 27, had worked for Sen. Maggie Hassan, D-N.H. Authorities say Davis allowed Cosko to take her office keys, and that on several occasions, he sneaked into Hassan's office at night, accessed Senate computers and then edited the Wikipedia pages of Republican senators to publish their home addresses, cellphone numbers and other personal information.

Prosecutors said Cosko's Senate break-ins were originally intended to embarrass and target his former colleagues in Hassan's office. After Cosko was fired for bad performance as a systems administrator on Hassan's staff in May 2018, he became upset, believing his termination was unjust, prosecutors said.

"There is evidence that the defendant considered various ways of using the stolen data to extort Senator Hassan's office, in exchange for a positive employment reference," prosecutors wrote in court papers.

But months later, as Cosko watched the Kavanaugh hearings, he decided to instead dox Republican senators who backed the Supreme Court Justice who was accused of sexual misconduct.

"The defendant became angry at some of [the] participants in the hearing, in particular Senators that were supportive of the nomination," federal prosecutors wrote in court papers.

Cosko then took Davis' keys from her purse so he could access Hassan's Senate office, where prosecutors say he copied entire network drives.

To carry out his plan, Cosko installed "keylogger" devices on computers in Hassan's office to record the keystrokes of Senate staffers, including usernames and passwords to computer networks, according to federal charging documents.

The hack was the largest theft of computer data from the Senate, prosecutors said.

In June, a federal judge sentenced Cosko to four years in prison for his hacking of Senate computers and spread of personal information of the lawmakers online.

Prosecutors say that while Davis never directly took part of the doxxing, she failed to report warnings signs and turned a blind eye to Cosko's behavior.

And on another occasion, following one of Cosko's secret trips to the Senate office, he instructed Davis to wipe down all the computer keyboards and to unplug all the computers, actions prosecutors say Cosko thought would cover up his crimes.

Authorities say Davis deleted text messages she and Cosko exchanged about the cover-up attempts, but authorities later obtained them through subpoenas.

Of the senators who were targeted, Paul was the only one to submit a victim impact statement to the court, saying the doxxing caused emotional distress after individuals used his personal contact information to harass him and his family.

A.J. Kramer, a federal public defender representing Davis, wrote in a recent court submission that Davis is "an idealistic young woman who, because of an unhealthy relationship with Jackson Cosko, made a terrible set of mistakes that were very much out of character for her."