Accessibility links
Medicare For All: Bernie Sanders Won't Explain Details Of How To Pay For It Yet "You're asking me to come up with an exact detailed plan of ... how much you're going to pay more in taxes, how much I'm going to pay," Sanders said. "I don't think I have to do that right now." 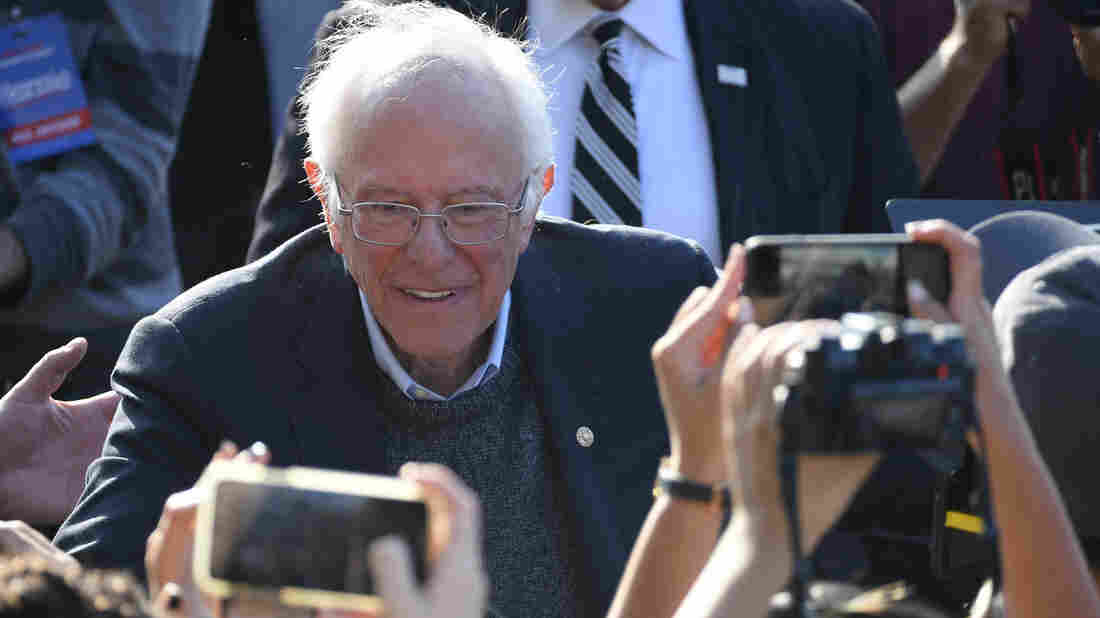 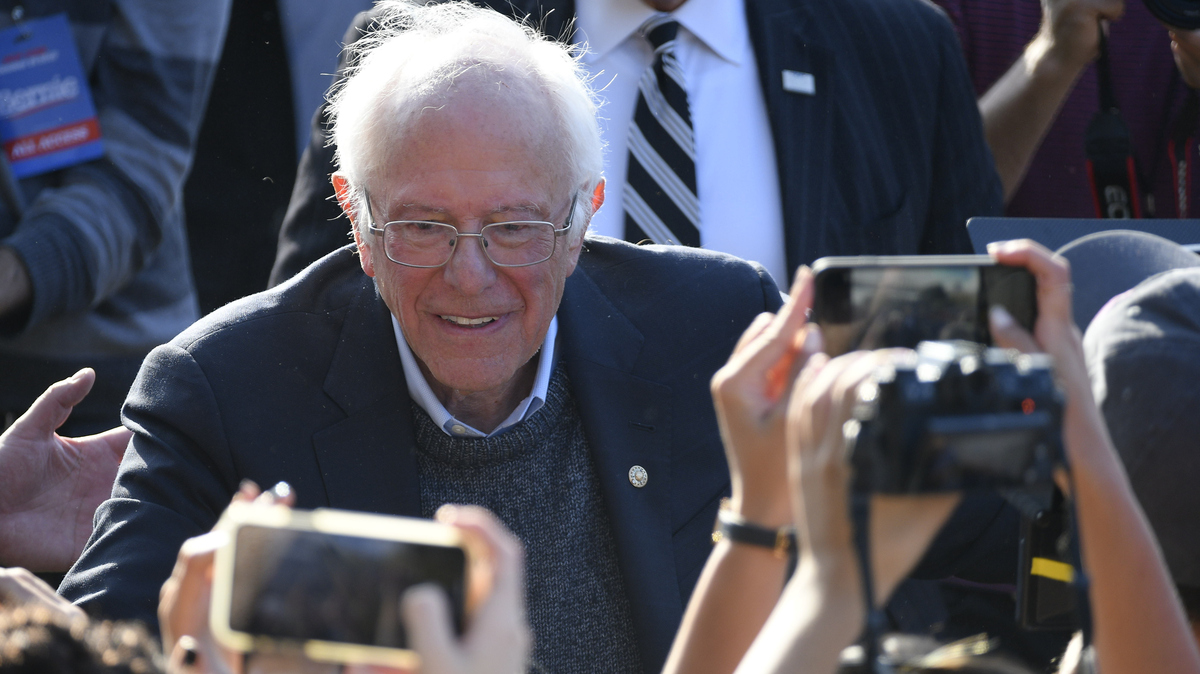 Bernie Sanders doesn't plan on releasing a detailed plan of how to finance his single-payer Medicare for All plan, he told CNBC's John Harwood on Tuesday.

"You're asking me to come up with an exact detailed plan of how every American — how much you're going to pay more in taxes, how much I'm going to pay," he said. "I don't think I have to do that right now."

The Vermont senator explained that before getting to his detailed financing plan, he wants Americans to understand that they currently pay more for health care than people in other countries.

"The fight right now is to get the American people to understand that we're spending twice as much per capita — that of course, we can pay for it," he said. "We're paying it now in a very reactionary, regressive way. I want to pay for it in a progressive way."

His comments come as Massachusetts Sen. Elizabeth Warren — who backs Sanders' Medicare for All plan — is being pressed on how she would want the country to pay for such a plan. She has said she will be releasing a plan for financing Medicare for All in the coming weeks.

Harwood asked Sanders if he thinks it's foolish for Warren to release her own detailed plan. Sanders said he doesn't.

"All that I'm saying is that we have laid out a variety of options that are progressive," Sanders continued. "We'll have that debate. At the end of the day, we will pay for every nickel of Medicare for All, and it will save the overwhelming majority of the American people, who will no longer pay premiums."

When Sanders introduced Medicare for All on Capitol Hill this year, he also released a document listing potential ways to pay for the plan. These include raising taxes on top earners and imposing a wealth tax for the richest Americans, as well as a 4% tax on Americans earning over $29,000 and a new tax on employers.

But those were characterized as "options." The question is which ones he would want to institute, and how big the price tag is that those taxes will be covering.

Opponents of Medicare for All, like former Vice President Joe Biden, argue that the price tag is too big, and that the federal budget would balloon to pay for it.

Supporters like Sanders and Warren argue that Medicare for All would not create new health care spending, but rather would simply shift current spending — and, potentially, ultimately reduce overall spending and save money. Estimates vary as to whether there actually would be savings, and how big those savings would be.

Medicare for All supporters like Sanders and Warren argue that while taxes would have to help pay for such a system, many Americans would see their overall health care costs go down because they would no longer be paying current costs like premiums and meeting deductibles.

The conversation over how to finance ambitious plans like Medicare for All plays out against a backdrop of rapidly growing deficits under the Trump administration. Since Trump signed the Republican tax cuts into law at the end of 2017, the federal deficit has grown to nearly $1 trillion, the Treasury announced Friday. That's an increase of nearly 50%, as the Washington Post noted.