Accessibility links
Florida Researchers Use Pests To Help Control Pesky Brazilian Peppertree Plant Since it was introduced as an ornamental plant a century ago, Brazilian peppertree has grown out of control in Florida. Researchers are releasing a tiny insect that may help stop the invasive plant. 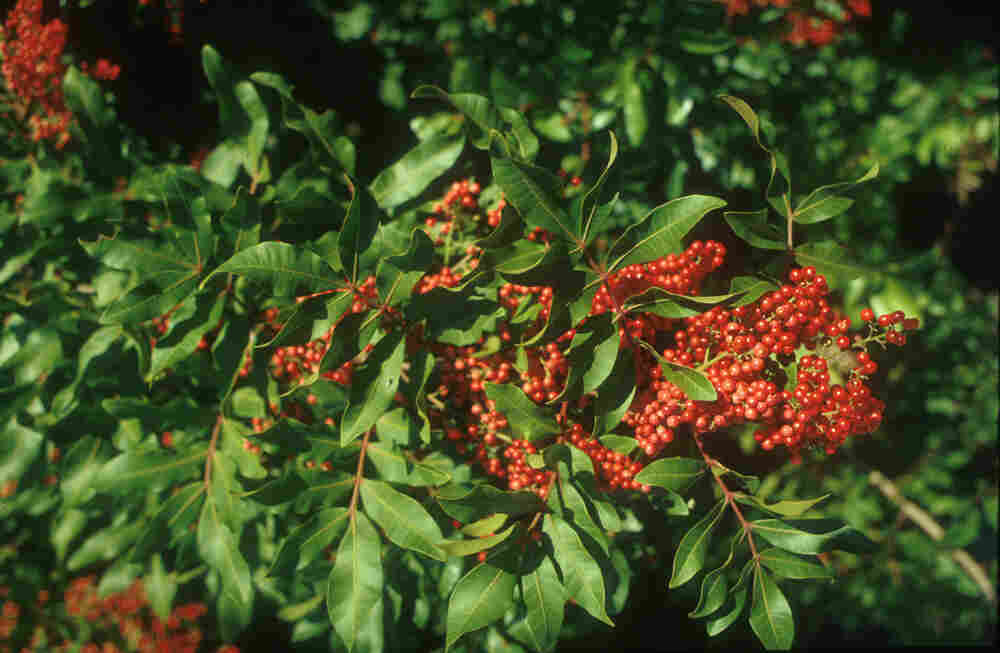 Brazilian peppertree, Schinus terebinthifolia, is a relative of poison ivy. It is one of the most damaging invasive weeds of agricultural and natural areas of Florida, Hawaii and Texas. Courtesy of UF/IFAS hide caption 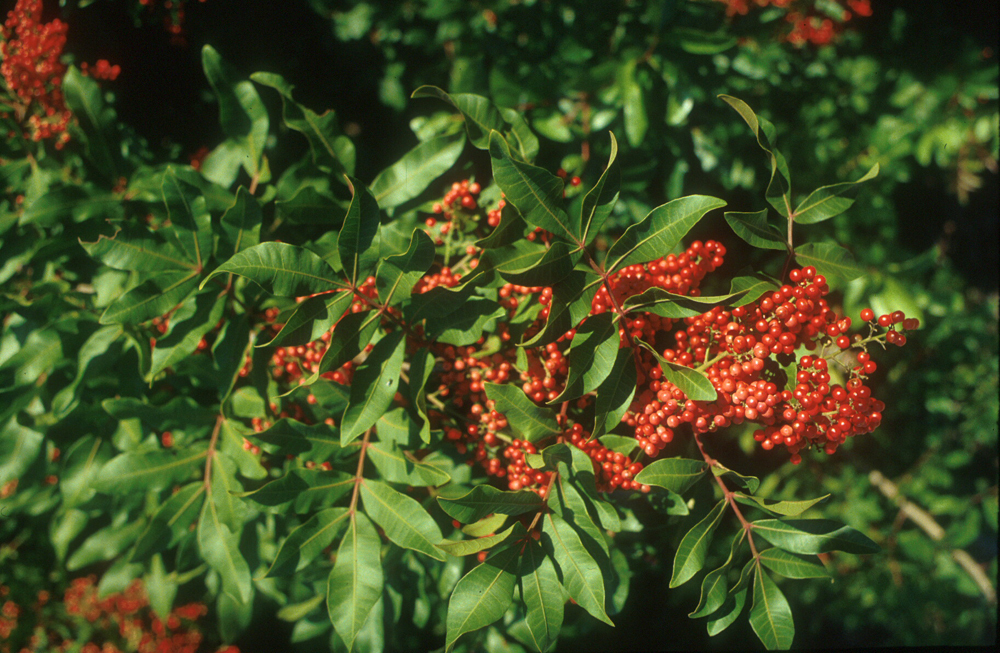 Brazilian peppertree, Schinus terebinthifolia, is a relative of poison ivy. It is one of the most damaging invasive weeds of agricultural and natural areas of Florida, Hawaii and Texas.

In Florida, more than two invasive species get established every month, brought in through cargo or by visitors. But researchers are making progress in the battle against one major pest: the Brazilian peppertree.

On a cattle ranch near Fort Pierce, a team from the University of Florida recently released 1,500 tiny insects called thrips, or Pseudophilothrips ichini.

"That is the biological control for the Brazilian pepper," Kate Rotindo said.

She's an urban horticulture specialist and was bent over one of the plants, tapping vigorously on a small vial containing some of the bugs.

"They're really small; you can see them kind of crawling around," she said.

The thrips, like the plant, come from Brazil. Working with researchers there, U.S. scientists identified insects that keep Brazilian peppertree in check in its native habitat. On this day, a team from the University of Florida is releasing enough of the insects at the cattle ranch that they'll become established, start reproducing, and help control the invasive weed.

In Florida, Brazilian peppertree was introduced more than a century ago as an ornamental plant, valued for its red berries and dark green foliage. Since then, it has overrun much of the southern part of the state, also parts of California and Texas, covering 700,000 acres.

Mike Adams says he began to see it on his family's cattle ranch near Fort Pierce in the late '60s.

"My cousins from Miami, they would use the Brazilian peppers for their Christmas tree because they had the nice bright red berries," he says.

On cattle ranches, military bases and natural areas, however, Brazilian peppertree takes over if left unchecked. Adams spends some $250,000 every year to control the weed on his 40,000-acre ranch.

"They just create a monoculture wherever they get started at," he says. "So, they'll push out all your natives. They'll extend out into your grasslands and start phasing those out." 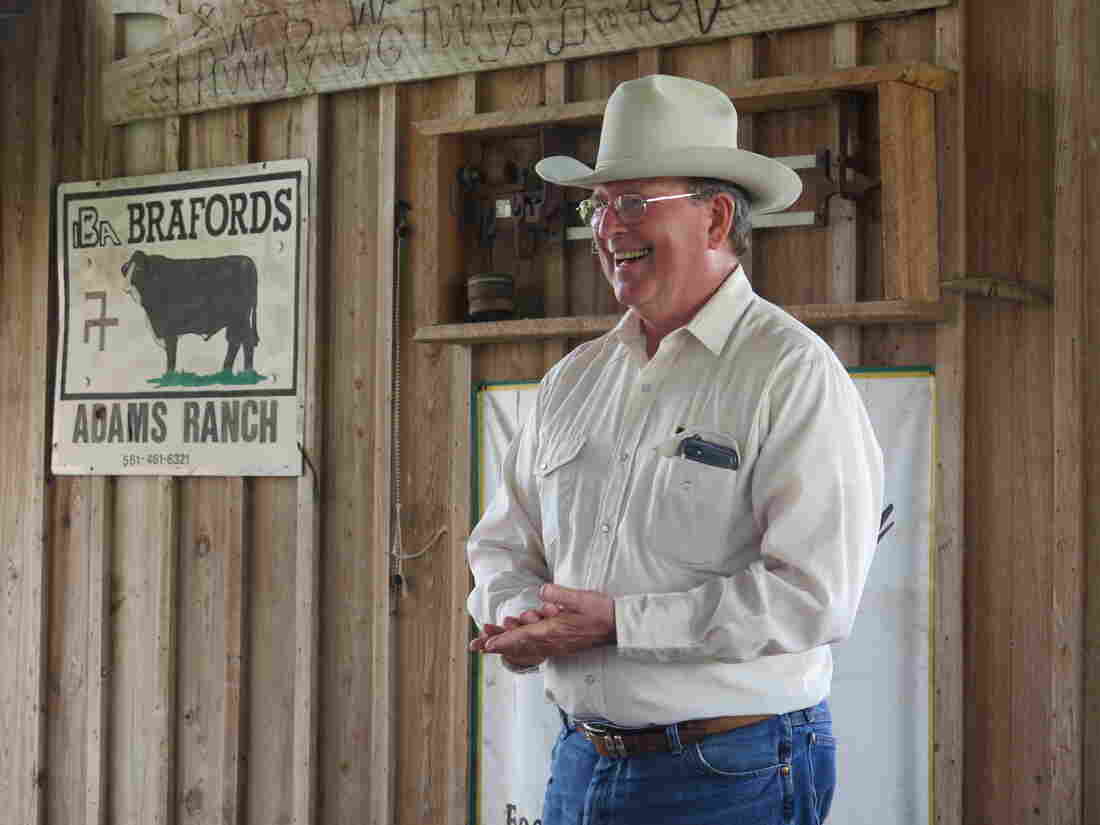 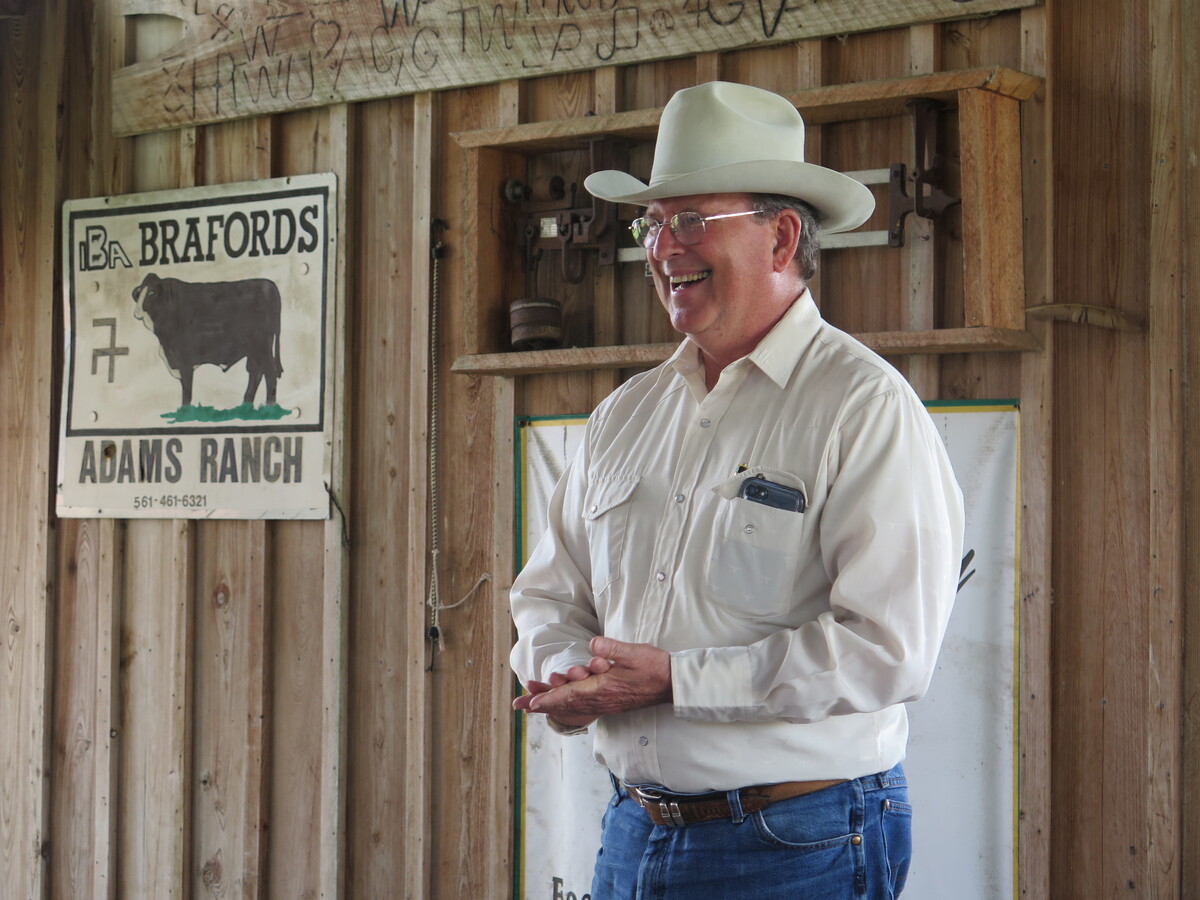 In Everglades National Park, contractors have worked to remove Brazilian peppertree for the past two decades in a 6,300-acre area that used to be farmland. First, bulldozers plow away all the vegetation. Then, the topsoil is scraped down to the bedrock. The effort has cost more than $100 million so far, but it's the only way permanently to remove the invasive plant.

Researcher Carey Minteer says using herbicides and just pulling up the bushes are temporary measures. And making things worse, Brazilian peppertree is related to poison ivy. Many people are sensitive.

"These things are multi-stemmed. These stems are very tangled," she says. "Sometimes these thickets are really intertwined. People are allergic to them. So getting in there is really, really difficult." 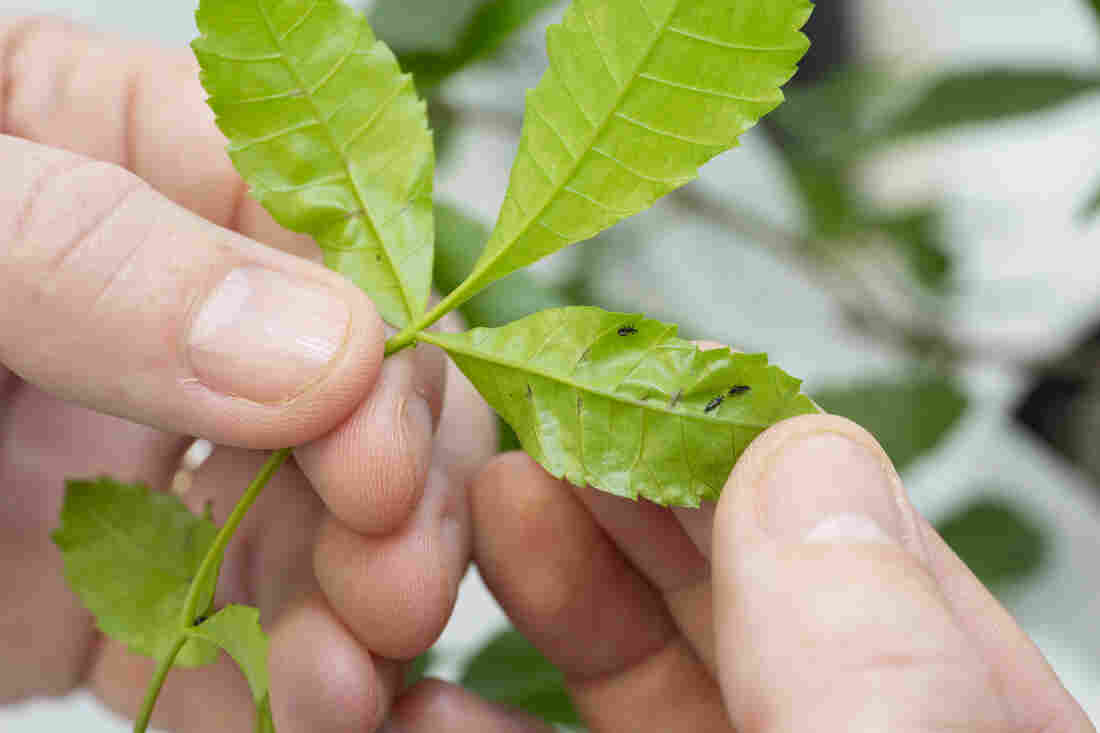 Thrips may help to prevent the Brazilian peppertree from spreading. Tyler Jones/Courtesy of UF/IFAS hide caption 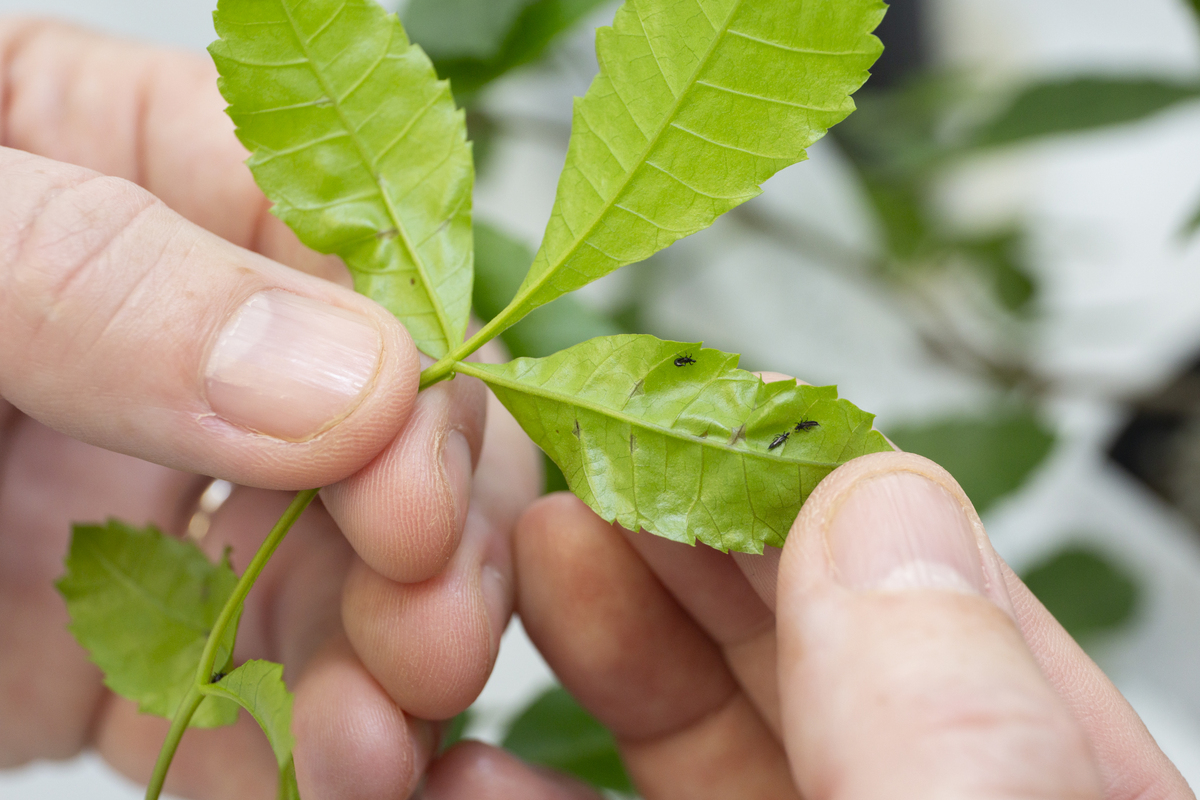 Thrips may help to prevent the Brazilian peppertree from spreading.

Minteer and other researchers have high hopes for the thrips and another insect that preys on the plant in its native range, the yellow Brazilian peppertree leaf-galler. After decades of research, they've proved that the two species aren't a threat to native plants and they've received federal permission for large-scale releases here. Minteer says the two bugs won't get rid of all the invasive plant, but they should stop it from spreading.

"That would be how I would define success," she says, "to have less than 700,000 acres of Brazilian pepper."

It has taken decades of research to get here, but it's a small victory in a never-ending battle to control invasive species.