Accessibility links
Review: 'Harriet' Biopic Is Heavy On Hollywood Hokum Cynthia Erivo is quite good, and the story of Harriet Tubman is a tale worth telling, but as presented here it's earnest, conventional and "fundamentally inert."

In Earnest, Contrived Biopic 'Harriet,' Tubman Is An Action Hero

In Earnest, Contrived Biopic 'Harriet,' Tubman Is An Action Hero 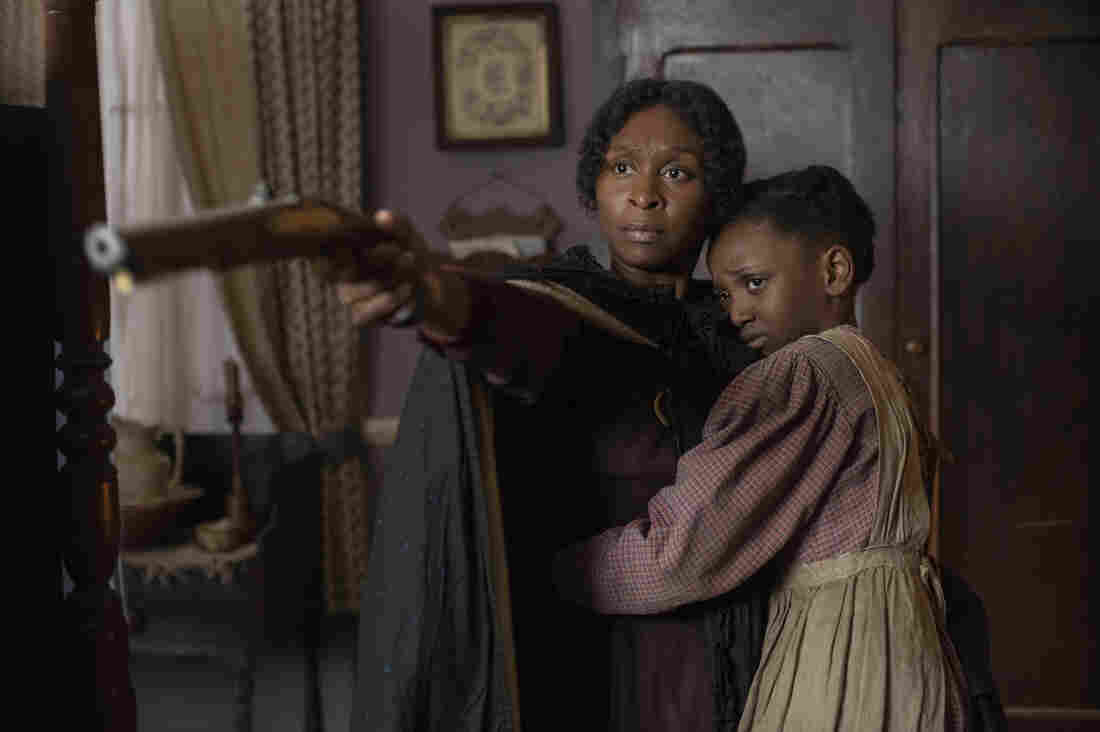 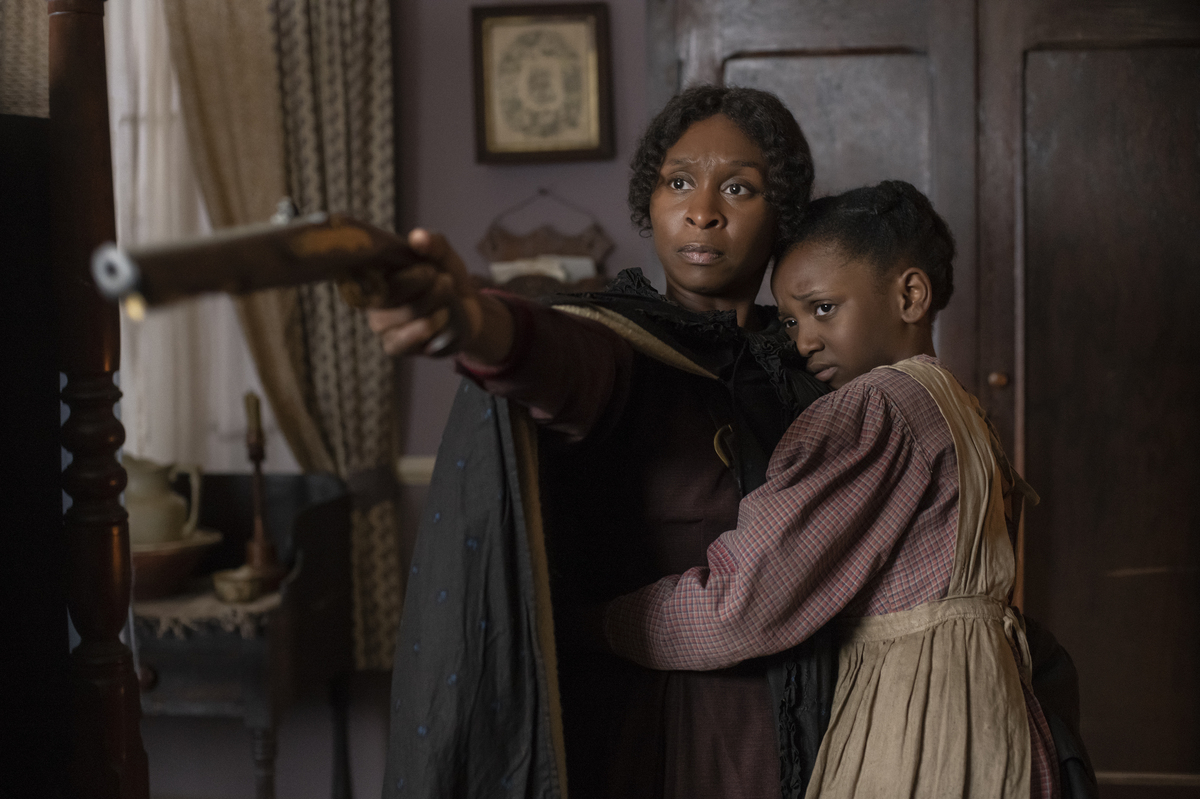 Unless and until Harriet Tubman assumes her place on the $20 bill, writer-director Kasi Lemmons' Harriet will have to serve as the anti-slavery heroine's national monument. It will do so reasonably well. Like most monuments, the biopic is somber, well-intentioned, and fundamentally inert. But British actress Cynthia Erivo, in the title role, animates it.

The story opens blandly with a shot of mid-Atlantic scenery, circa 1846, and a dollop of Terence Blanchard's score, which is as earnest and conventional as the movie. Then Araminta "Minty" Ross, a young enslaved woman on Maryland's Eastern Shore, has one of her spells.

The image turns bluish as the woman — later to rename herself Harriet Tubman — swoons and sees a vision. These trances are historically accurate. (They were likely the result of an injury that occurred when a slave master, throwing a metal weight at someone else, fractured her 13-year-old skull.) But the director's attempt to enter Tubman's head is unpersuasive. Harriet is very much an outside experience.

Tubman was promised her freedom, but is denied it by young plantation heir Gideon Brodess owner (Joe Alwyn, in the same slave-holder-as-dissolute-rock-star mode as Michael Fassbender in 12 Years a Slave and Leonardo DiCaprio in Django Unchained). Then Gideon decides to sell her, so Tubman runs away and heads for the Pennsylvania border.

In Philadelphia, she finds shelter and community, notably with abolitionist William Still (Leslie Odom Jr.) and free-born African American boarding-house matron Marie Buchanon (Janelle Monae). But Tubman can't abide that she left her parents, husband, and brothers behind. So she returns in a bid to lead them to freedom.

That mission is the first of 13, and Tubman becomes known as the "Moses" who conducts enslaved people to Pennsylvania and beyond. (After the 1850 passage of the Fugitive Slave Act endangers people of color throughout the country, the favored destination becomes Canada.)

Tubman carried a pistol, as this film's protagonist does, but her principal weapon was stealth. The script — co-written by Gregory Allen Howard, whose Remember the Titans was almost entirely fiction — invents dramatic confrontations with slave holders and trackers. These would likely have turned out much worse for Tubman that they do here. But the principal reason they feel false is that they play like bits lifted from random chase flicks, not history. Tubman is even given a moment where she rides off on a white horse.

The action scenes aren't Harriet's most contrived aspect, though. That would be the way Tubman periodically bursts into song, serenading her loved ones with gospel tunes that they — and everyone else on screen — somehow can't hear. It's as if Tubman is having a spell in a movie musical.

The film also become less convincing, and more preachy, in its final half hour, which depicts Tubman as an abolitionist celebrity. In the earlier sequences, the tight focus on Tubman — and on Erivo — energizes the generic material. Once Harriet widens to incorporate cameos by Frederick Douglass and the like, it feels more like a chapter from a history for young readers.

Vondie Curtis Hall and Henry Hunter Hall have nice moments as black men who, in very different ways, support both slavery and the people who flee it. But such ambiguity is not typical of Harriet, which is more attuned to righteousness than nuance. If the movie doesn't burn as brightly as Tubman's legacy, the tale it tells is illuminating nonetheless.