Accessibility links
NPR Music's Top 16 Songs Of October Love reigns in the best songs of October: there's lost love and love most generous, but most of all, love's transformative power. 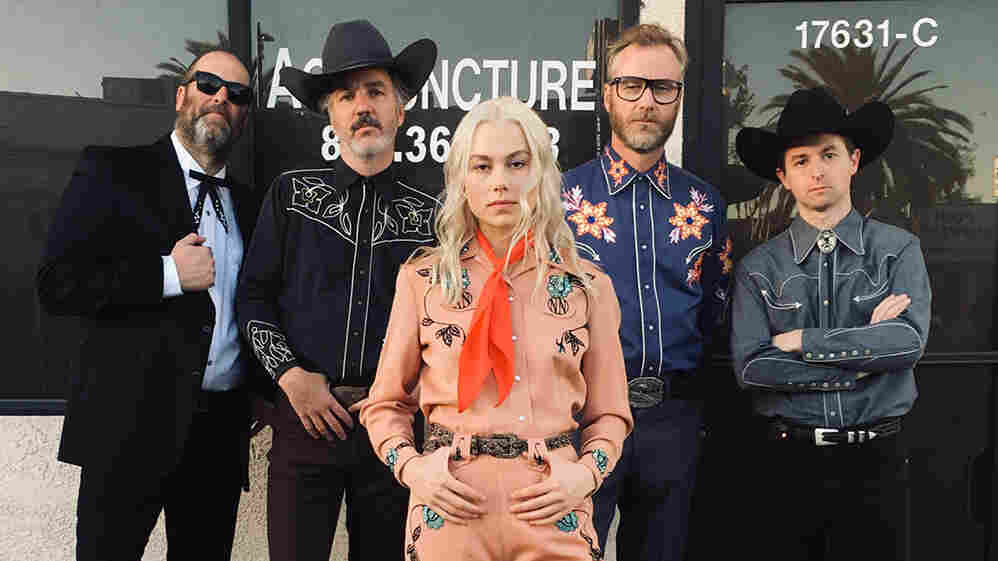 Phoebe Bridgers (center) and Matt Berninger (second from right) teamed up to record "Walking on a String," one of the best songs of October. Chloe Brewer/Courtesy of the artist hide caption 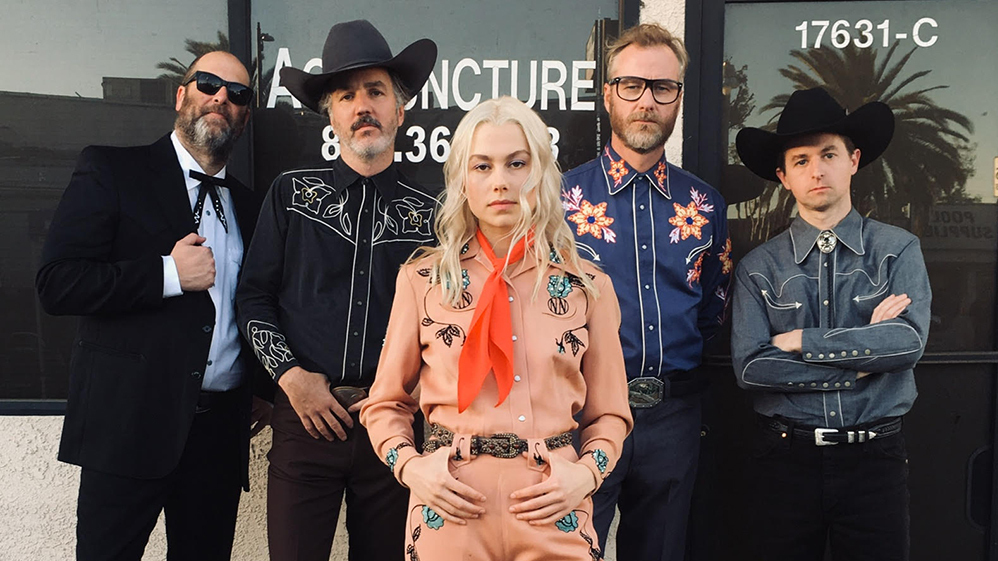 Phoebe Bridgers (center) and Matt Berninger (second from right) teamed up to record "Walking on a String," one of the best songs of October.

Chloe Brewer/Courtesy of the artist

Love reigns in the best songs of October: there's lost love and love most generous, but most of all, love's transformative power. But if you're sick of love — hey, we know — Anunaku will send you island-hopping with a percussive banger.

Below you'll find an alphabetized list of NPR Music's top 16 songs of October 2019. Be sure to check out our top 10 albums from the month as well.

Alexa Rose, "Untitled No. 47" ♬ APPLE / SPOTIFY
An enchanting new Appalachian voice wraps her rambling mind around a dream; it sounds like the soul child of Bob Dylan and Dolly Parton. — Ann Powers

Anunaku, "Forgotten Tales" ♬ APPLE / SPOTIFY
Anunaku is an Italian producer and DJ partly inspired by Sufism and Vedic traditions. In this TSVI side project, he fully upholds the winning streak set forth by British electronic label Whities. — Andrew Flanagan

Common Holly, "You Dance" ♬ APPLE / SPOTIFY
"Don't be afraid," Brigitte Naggar sings as a slow-brewing storm of guitar, percussion and vocals build behind her, as if daring her listener with every repetition: "Don't freak out." — Marissa Lorusso

Dermot Kennedy, "What Have I Done?" ♬ APPLE / SPOTIFY
The Irish star's marvelous debut album mixes rafter-rattling uplift with moody slow-burns. "What Have I Done?" splits the difference, building from a plaintive lament to a cell-phones-aloft crowd-pleaser. — Stephen Thompson

Kembe X, "Limb" ♬ APPLE / SPOTIFY
A survivor of the middle class, squeezed between his dreams and his nightmares, Kembe X navigates life with this appropriately-titled underdog anthem. — Rodney Carmichael

Kelsey Waldon, "Kentucky, 1988" ♬ APPLE / SPOTIFY
"A wise woman told me, 'memories, you choose 'em,'" and that's just what Americana's most steadfast hard-country scion does on this, her version of "Coal Miner's Daughter." — Ann Powers

Matt Berninger, "Walking on a String (feat. Phoebe Bridgers)" ♬ APPLE / SPOTIFY
Perfectly blending two of the weariest voices around, "Walking on a String" builds to a grandly soaring finale — the most beautiful song ever to emerge from a Netflix original movie based on Zach Galifianakis' satirical talk show Between Two Ferns. — Stephen Thompson

Mount Eerie, "Belief pt. 2" ♬ APPLE / SPOTIFY
Piano chords lope along to the last vestiges of a relationship in a slow, foggy waltz. In close harmony, Phil Elverum and Julie Doiron affirm with great stength, "I love you / I am for you." — Lars Gotrich

Patrick Watson, "Look at You" ♬ APPLE / SPOTIFY
Patrick Watson's dreamy new album Wave ruminates softly on death and loss. But in "Look At You," Watson shifts his focus to romantic promise; to the dizzy rush of new love and fresh hope. — Stephen Thompson

Rex Orange County, "Always" ♬ APPLE / SPOTIFY
Rex Orange County at his most mature, backed by smooth horns and twinkling bells. "I'll always be the way I am," his voice soars, knowing that this is, in fact, a good thing. — Zoë Jones

Sudan Archives, "Glorious" ♬ APPLE / SPOTIFY
Sudan Archives learned violin by ear, beat production by hand and landed on her compelling fusion of a sound after digging into the musical history of Northeast Africa. "Glorious" features an assist from rapper D-Eight, a fellow Cincinnatian. — Andrew Flanagan