Accessibility links
House Passes Resolution Formalizing Impeachment Inquiry In a press conference ahead of the vote, Speaker Nancy Pelosi pushed back on Republican claims that the process is unfair to the president, saying the procedures are "very transparent and open." 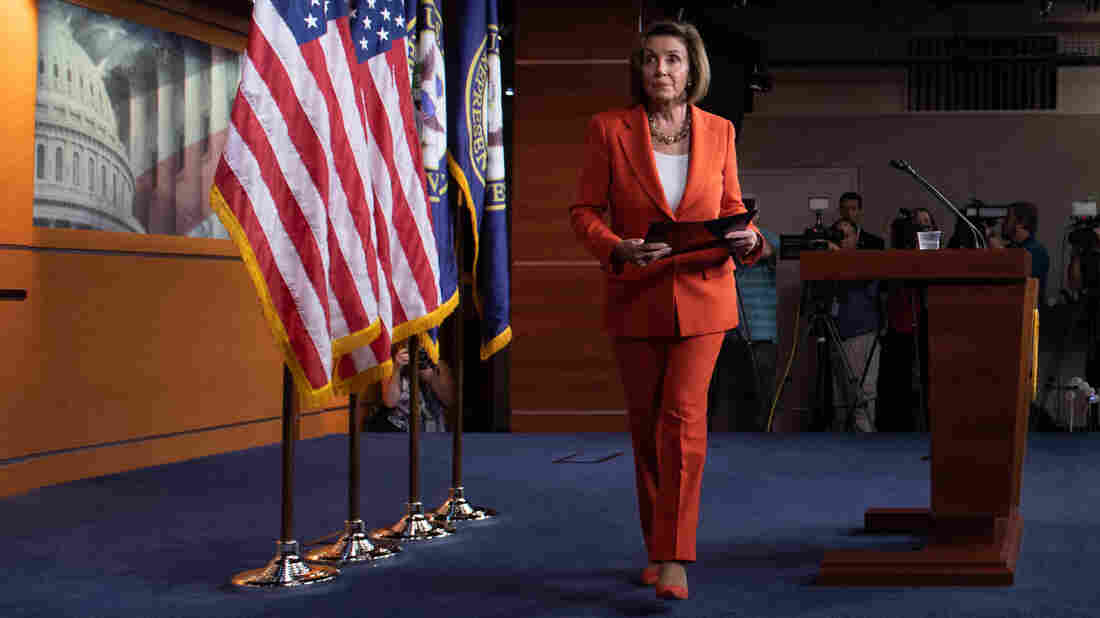 Speaker of the House Nancy Pelosi leaves her weekly press conference on Capitol Hill on Thursday as the House prepared to vote — then pass — a resolution formalizing its impeachment inquiry into President Trump. Saul Loeb/AFP via Getty Images hide caption 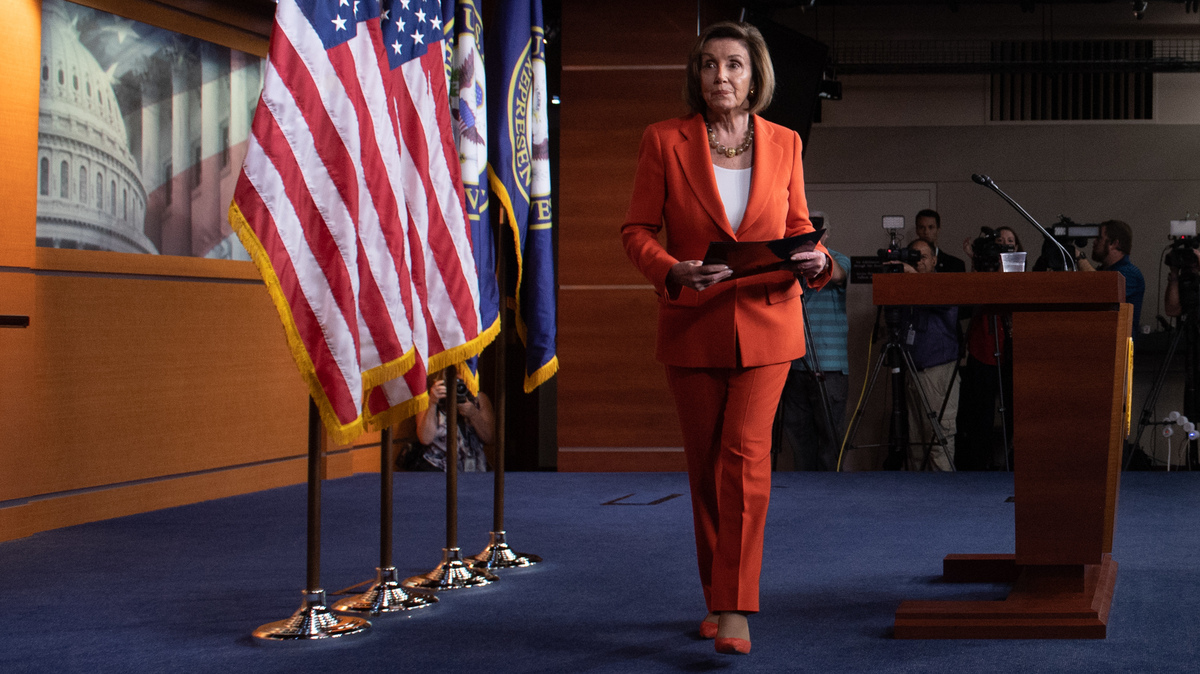 Speaker of the House Nancy Pelosi leaves her weekly press conference on Capitol Hill on Thursday as the House prepared to vote — then pass — a resolution formalizing its impeachment inquiry into President Trump.

Amid the debate, House Speaker Nancy Pelosi, D-Calif., called it a "sad day."

"It's a sad day because nobody comes to Congress to impeach a president of the United States. No one," she told reporters. "We come here to do the work, make the future better for our children, for America's future. We take an oath to protect and defend the Constitution, and that's what we cannot ignore and will not ignore when the president's behavior indicates that that investigation, that inquiry, is necessary."

House Democrats released a draft version of the resolution, which outlines the next steps of the inquiry, on Tuesday. The resolution authorizes the chairman of the House Intelligence Committee to conduct open hearings and allows the president and his attorneys to cross-examine witnesses.

The resolution also directs the House committees leading the inquiry to report their findings to the House Judiciary Committee, which will decide whether to recommend moving forward with articles of impeachment.

In her press conference ahead of the vote, Pelosi pushed back on Republican claims that the process is a "sham" and unfair to the president. The procedures in the resolution are "very transparent and open," she said, "giving more privileges to the president and his argument than were given in the past."

Republican leadership after the vote slammed what they called a "Soviet-style process." House Minority Leader Kevin McCarthy asserted, "There's nothing the president did to be impeached."

House Minority Whip Steve Scalise, R-La., noted that not only did all Republicans voted against the resolution, but so did two Democrats. "The House deserves better, the people of this country deserve better. We should be tackling real problems," he said, arguing that Pelosi is "infatuated" with impeachment.

"The President has done nothing wrong, and the Democrats know it," she said in a statement.

Witnesses continue to testify behind closed doors in the inquiry, which centers on whether Trump improperly pressed Ukraine — including by withholding military aid — to conduct investigations that would help him politically.

Vindman also told lawmakers that he feared Ukraine complying with the president's demands would lead to the loss of bipartisan support and would "undermine U.S. national security."