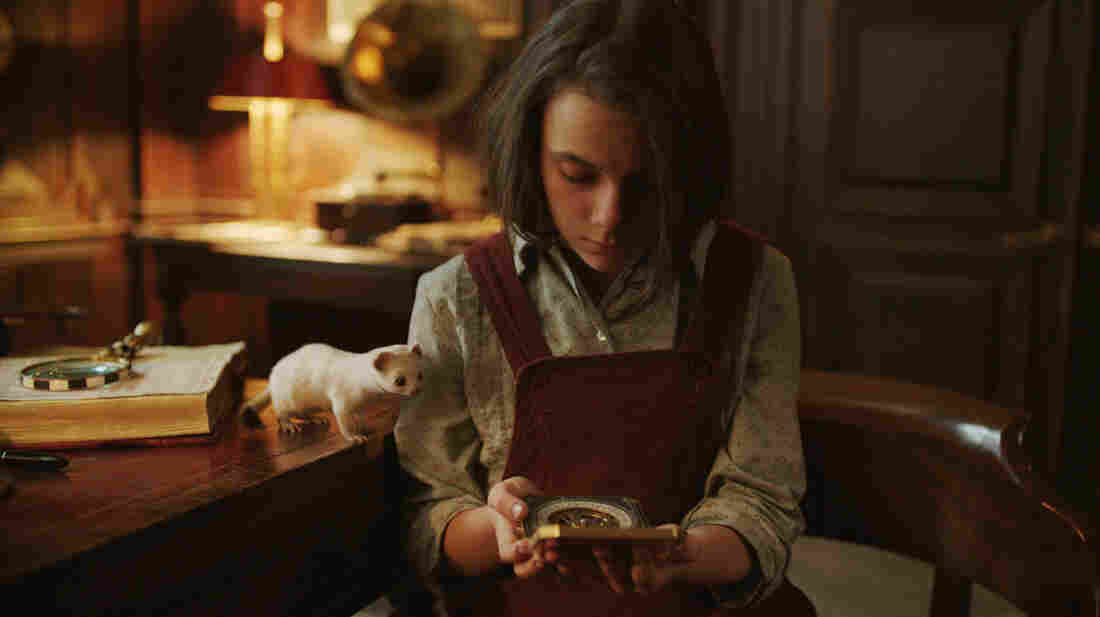 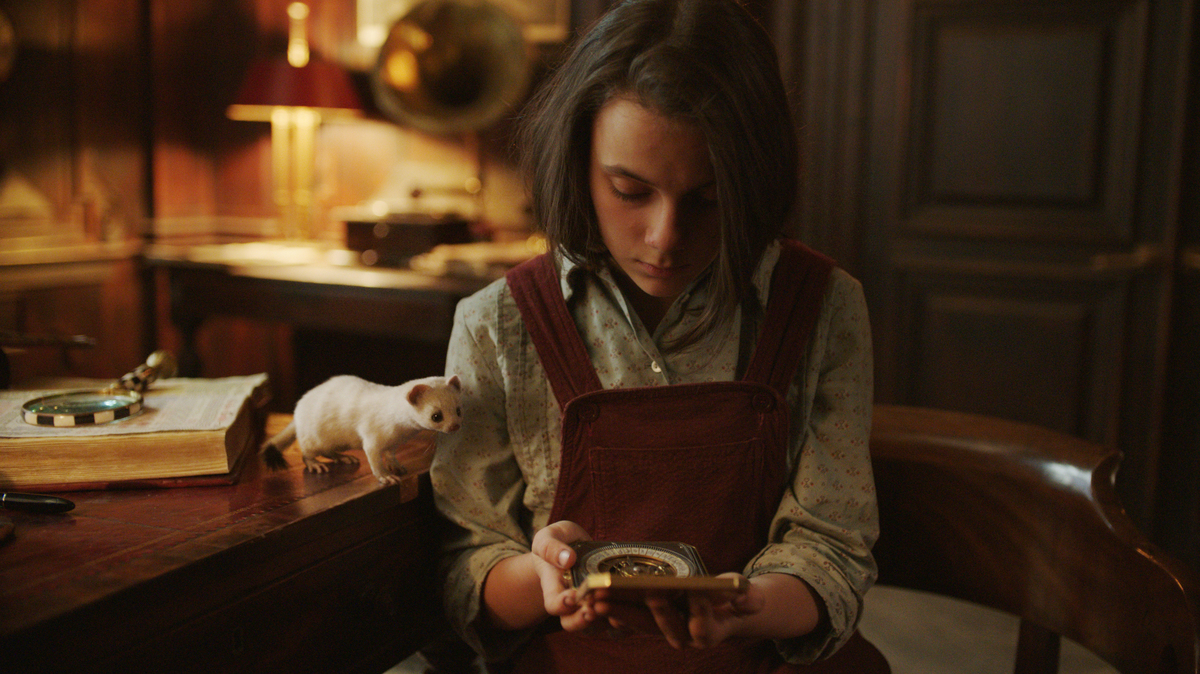 Dafne Keen as Lyra (alongside her daemon Pantalaimon) in HBO's new adaptation of Philip Pullman's His Dark Materials trilogy.

Turn on HBO this Sunday night and you'll see an epic adventure unfold: it's a perilous rescue mission set in a fantastical world, filling a Game of Thrones-sized hole in the network's programming with an alternate universe full of witches, polar bears, magical animal companions and one adventurous young girl.

Yes, we're talking about His Dark Materials — originally a classic trilogy of books by author Phillip Pullman. Adapting such beloved stories for the screen was no easy feat for producer Jane Tranter.

In yet another alternate universe, Tranter never ended up in show business at all. Back in 1985, she was about to take a job with the Royal Shakespeare Company. But then another offer popped up — secretary in the radio drama department at the BBC. "They were working with Arthur Miller at the time," she remembers, "and I thought, 'Oh my god, if I'm the secretary in radio drama I might get to pick up the phone to Arthur Miller.' So I took that job instead."

Tranter never did speak with the famous American playwright. But she also didn't answer the phones for long. She learned the art of dramatic production, and 34 years later she's one of the most prolific television producers around, responsible for rebooting Doctor Who and making hit dramas like The Night Of and Succession.

His Dark Materials might be her most ambitious project yet, and it required a deft hand to bring such a complex drama to life. "It's about staying true to the story that you're telling," she says. "No matter whether or not you're doing a contemporary piece, or whether or not you're doing a big fantasy like His Dark Materials. It's all about text and performance, and a really good story with something to say."

On the character of Lyra, the girl at the center of the story

She is a spirited girl, who will zig when everyone else is zagging, who is prepared to take the long way 'round because she thinks that's right. Who's prepared to stick up for what she believes in. But more than anything else, really one of the great gifts that Philip Pullman gave us in this adaptation was to create a heroine who is the age that she is. So he's created a heroine who is a 13-year-old girl.

So often in these kind of fantasy pieces, where you have a youngster at the heart of it, there are young children who are behaving like adults, who make adult decisions, or have a sense of understanding that is an adult's understanding. Lyra does what she does because she is a 13-year-old. Her decisions as to who to trust or who not to trust are essentially quite childish decisions. And I think part of Philip Pullman's ability to do that for us is because, at the time he was writing these books, he was a middle school teacher and was interested and inspired by this particular age group, and wanted to find a way of telling their stories.

On where His Dark Materials fits on the bookshelf

Bizarre Soulmates: The Magic of 'His Dark Materials' July 5, 2006

I would not categorize His Dark Materials as young adult novels. Philip Pullman always says about the novels that he has written adult novels that children should and could read. There are different levels of understanding that we have translated to the screen. So you can understand the novels as a fantastic rollercoaster adventure ride — or you can take it down a level and see that it's actually a story about a 13-year-old girl who literally goes through puberty during the course of the trilogy, which I certainly haven't seen before. And I think that's what's suggested to me that actually this could play out on HBO. I think the complexity of the piece, I think the provocation of idea and theme and topic of the piece all feels quintessentially HBO.

You are right that we certainly do have our own kinds of pressure, but the film wasn't one of them. It was impossible to make a good film out of these novels ... I think that they're too big, they're too detailed, there was too much stuff left on the floor, and the plot had to be sort of generalized and you couldn't go into all the complexity and all the twists and turns. So therefore I felt quite confident about it. I have always felt that The Golden Compass was very suitable to television adaptation. It was just a question of waiting from 2007 to 2015 — when I got the rights — for television to catch up, and to suggest that that might be the case.

This story was edited for radio by Jolie Myers and Noah Caldwell, and adapted for the Web by Petra Mayer