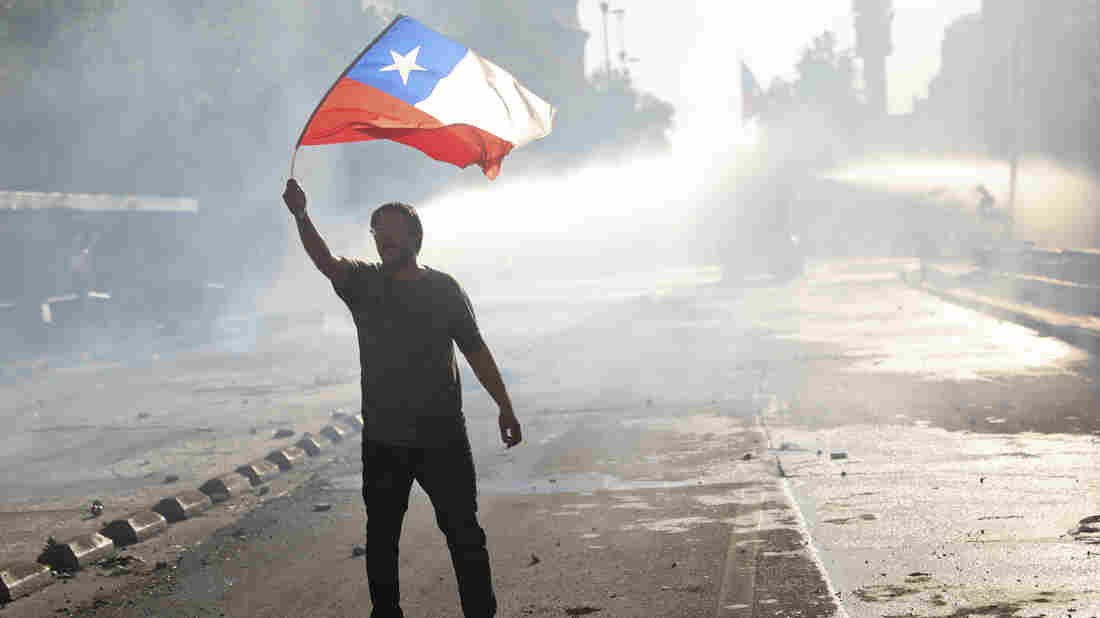 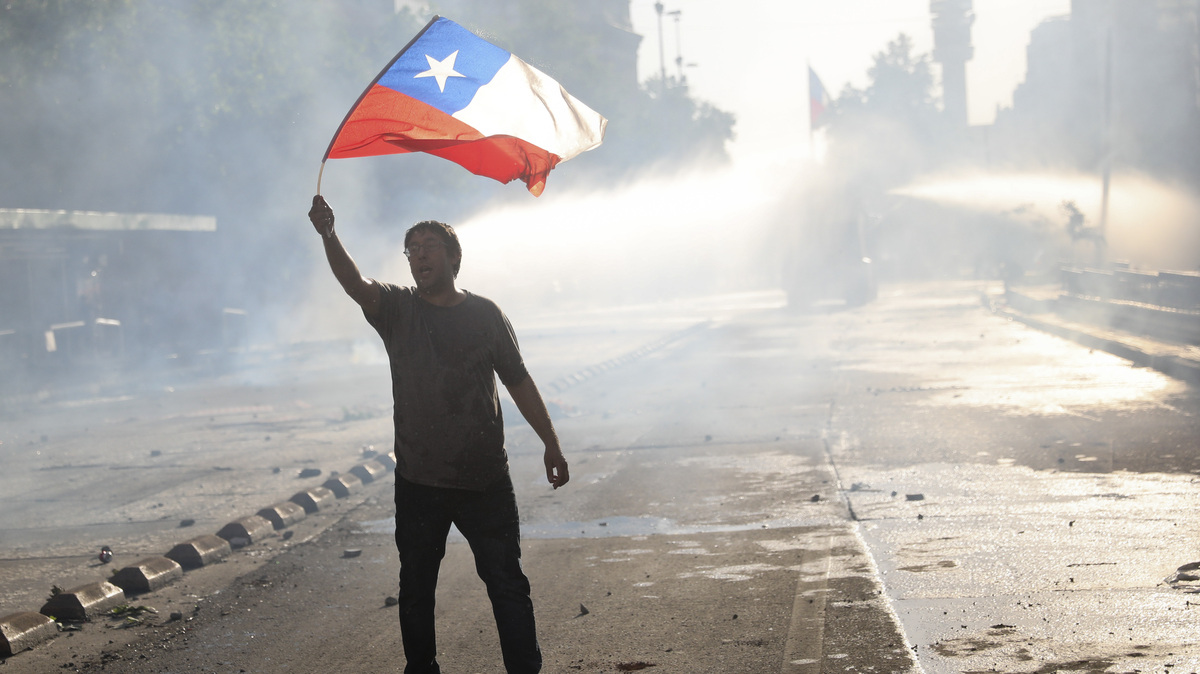 An anti-government protester waves Chile's flag in Santiago, on Oct. 29, 2019.

An Asia-Pacific trade forum and a United Nations climate summit were set to be held in Chile's capital city Santiago before the end of 2019.

No plans have been announced for the rescheduling or relocation of the Asia-Pacific Economic Cooperation Leaders' Week, which was scheduled for November 11-17.

President @sebastianpinera, Chair of APEC Chile 2019, announced that APEC Leaders’ Week will not be held in Chile this year. The safety and welfare of Chile and our member economies are APEC’s utmost priority.

COP25, the U.N.'s annual climate change conference, was scheduled to be held in Santiago from December 2-13. The United Nations issued a statement that they are searching for alternative hosting options.

Since mid-October, Chile has seen massive protests against the government's neoliberal policies and high cost of living. Piñera canceled the summits amid his attempts to assuage the anger of protesters.

"As president, I have the duty to put the needs of Chileans first. That is why, sadly, we decided to cancel the APEC and COP summits to guarantee order and peace [and] focus on dialogue and #NuevaAgendaSocial in order to produce urgent solutions to the main demands," Piñera tweeted.

President Trump and China's Xi Jinping were set to sign a deal at the Asia-Pacific summit, aimed at easing the two nations' trade war. White House spokesman Hogan Gidley said plans are still in place to sign the deal.

"We look forward to finalizing phase one of the historic trade deal with China within the same time frame, and when we have an announcement, we'll let you know," Gidley told reporters.

The climate change summit will now be seeking a third venue. Chile volunteered to host the event after the initial host, Brazil, pulled out, citing economic concerns. The summit was meant to wrap up what the U.N. called a "critical year" for effective climate change actions.

Protests in Chile began earlier this month over a 4-cent price hike in subway fares, but soon grew to encompass the significant income inequality in the country. Last week, an estimated one million Chileans took to the streets of Santiago, calling for the resignation of Piñera.

In response, Piñera suspended the fare hike. Last week, he also introduced Nueva Agenda Social, which raised taxes on the wealthy and increased the minimum wage, among other changes.

NPR's Jessica Piper contributed to this report. Paolo Zialcita is an intern on NPR's News Desk.