Accessibility links
Obama Says Democrats Don't Always Need To Be 'Politically Woke' Obama said he worries that some Democrats are too worried about ideological "purity" and that social media callouts are not activism. 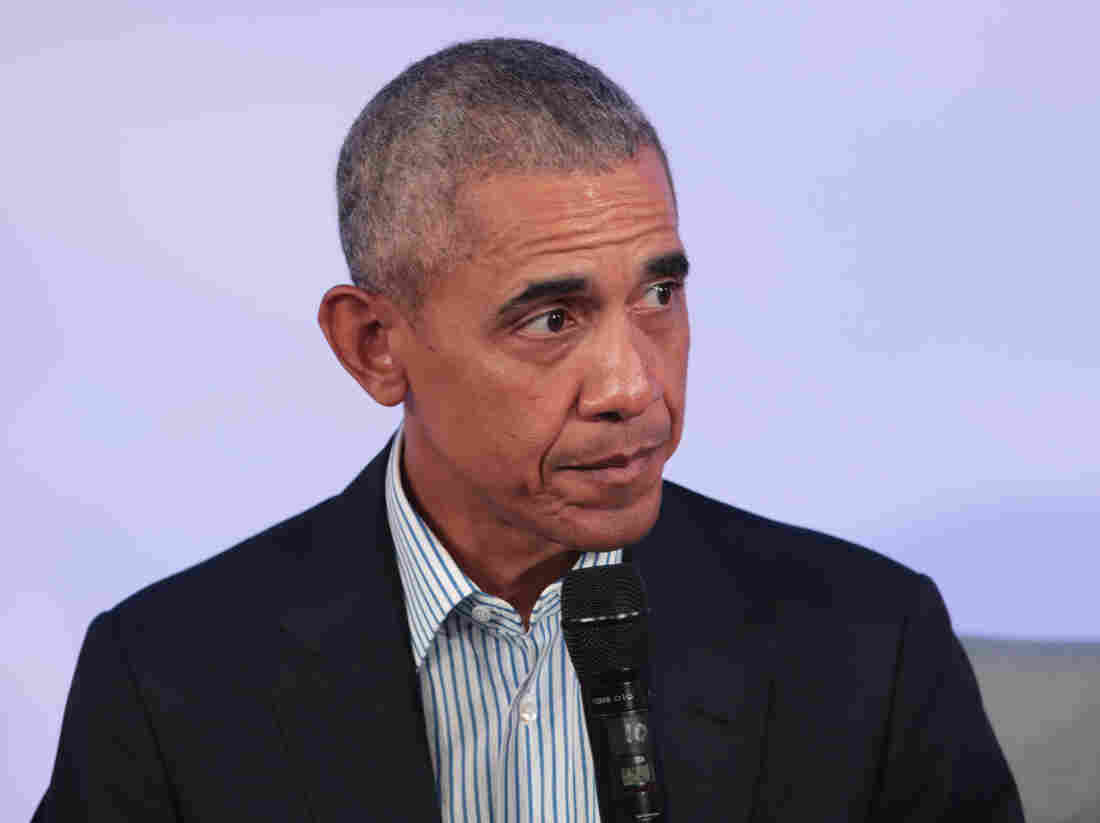 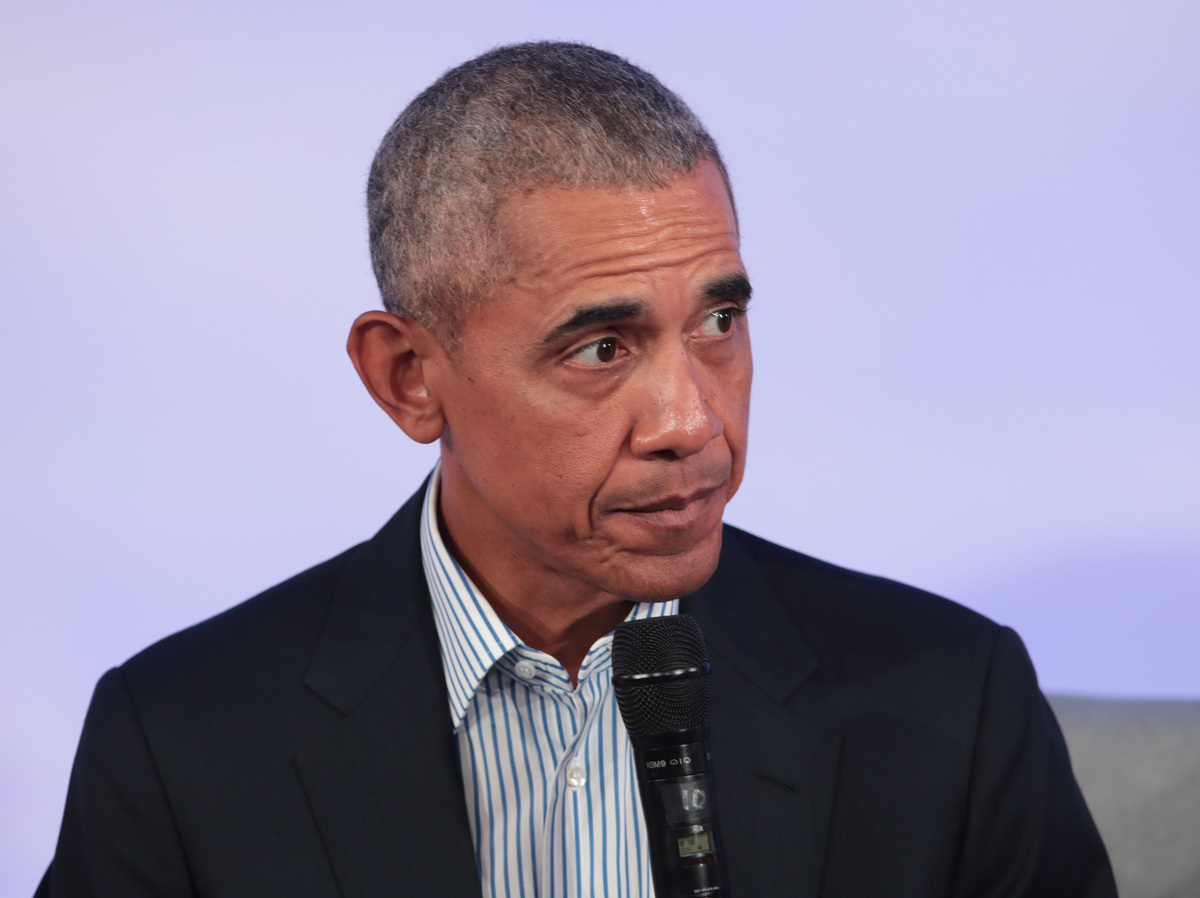 Former President Barack Obama speaks to guests at the Obama Foundation Summit on Tuesday in Chicago.

A former aide to Barack Obama said that concerns the former president raised about ideological "purity" were aimed at explaining that governing requires having conversations that include people whose values you may not share.

Speaking Tuesday at an Obama Foundation summit in Chicago, Obama said that he worries that some in the Democratic Party's left flank are too worried about ideological "purity" among their fellow Democrats.

"This idea of purity, and you're never compromised, and you're always politically woke, and all that stuff, you should get over that quickly," Obama said. "The world is messy. There are ambiguities. People who do really good stuff have flaws."

Jen Psaki, a longtime Democratic consultant who worked for Obama for a decade, said Obama was not criticizing the aspirational, forward-looking policies of progressives.

"I don't think he was suggesting that we shouldn't think big as a party and as leaders," Psaki told NPR. "What I heard from it was more about not being so sanctimonious that you are not inviting other people to have that conversation with you. Ultimately, a sliver of the population is not going to make change happen. You need much more than that. Some of the language out there is sending the message to people, 'if you're not with me 100% on every issue, you can't be part of the conversation.'"

Obama's comments come amid a fierce debate among Democrats over the most productive way to challenge President Trump in 2020. While Democrats retook the House with high turnout fueled by a backlash against the Trump presidency, some have argued that the party should take a more centrist approach to have the best chances of retaking the White House.

Obama did not explicitly endorse either path in his remarks on Tuesday. But he also seemed to target the so-called "callout culture" of social media.

"Like, if I tweet or hashtag about how you didn't do something right or used the wrong verb ... then I can sit back and feel pretty good about myself. Because man, you see how woke I was," Obama said. "You know, that's not activism. That's not bringing about change."

While Obama has remained on the sidelines of the Democratic presidential primary, he has previously raised issues about "rigidity" among some liberal Democrats. In April, he told attendees of an Obama Foundation town hall in Berlin that Democrats occasionally create "what's called a 'circular firing squad' where you start shooting at your allies because one of them is straying from purity on the issues."

Democratic strategist Joel Payne, who worked on Hillary Clinton's campaign, described the remarks as "vintage Obama," saying that the former president's political gift has been "his ability to balance idealism and pragmatism."

"This argument by Obama also feels like an implicit defense of his presidency and his legacy, which has come under more critique by even some in Democratic circles," Payne said. "Obama was always the type of politician who understood that half a loaf was better than nothing — and he could sell that vision to others. As we move further away from his presidency, his ability to sell that vision of politics will continue to be tested."

While Obama remains popular among Democratic voters, candidates seeking the party's nomination have had to grapple with the former president's legacy, particularly with former Vice President Joe Biden in the race.

"He is still somebody whose voice and sanity has the ability to break through a lot of noise," Psaki said. " I think perhaps the objective is to serve as a reminder not to get caught up with things that aren't about helping make people's lives better and engaging people, meeting where they are and being accessible to all points of view."