Accessibility links
Fire Destroys Japan's Shuri Castle On Okinawa The blaze destroyed three buildings at Okinawa's Shuri Castle, a UNESCO World Heritage site and a major attraction. It is a reconstruction of a 14th century castle that was destroyed in World War II. 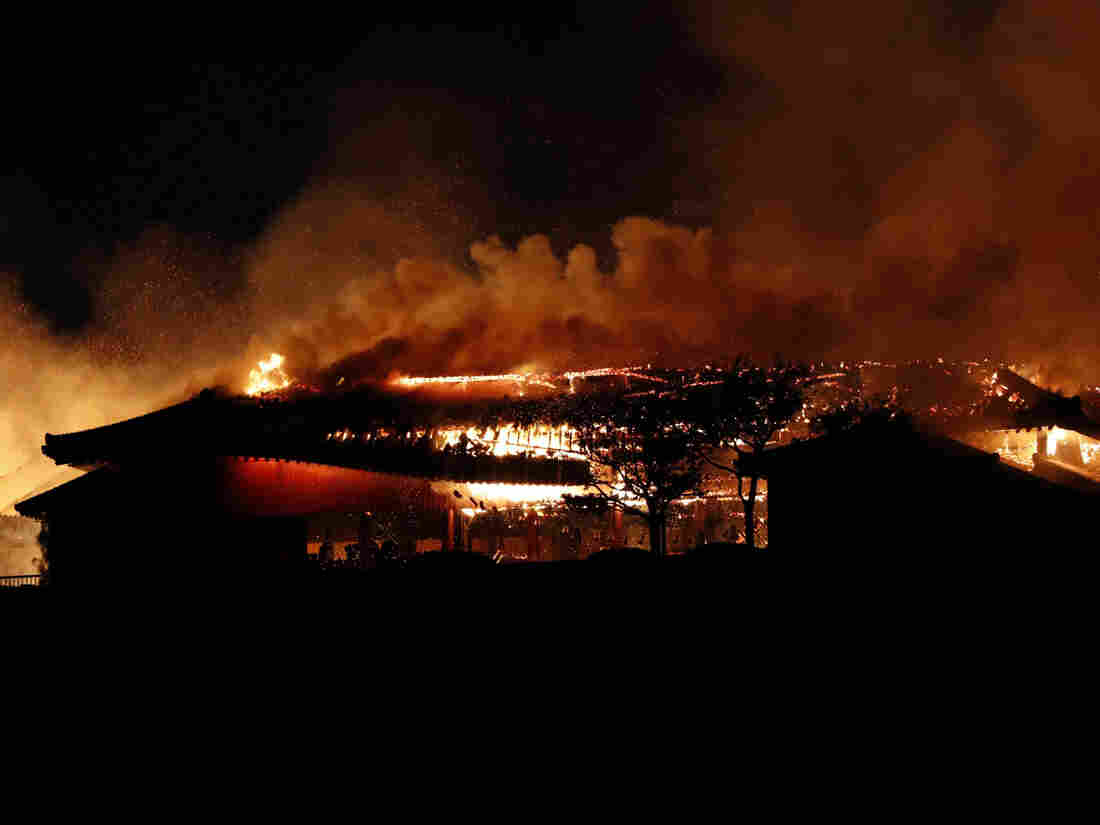 Shuri Castle, listed as a World Heritage site, goes up in flames Thursday in Naha, on the southern island of Okinawa, Japan. Kyodo/Reuters hide caption 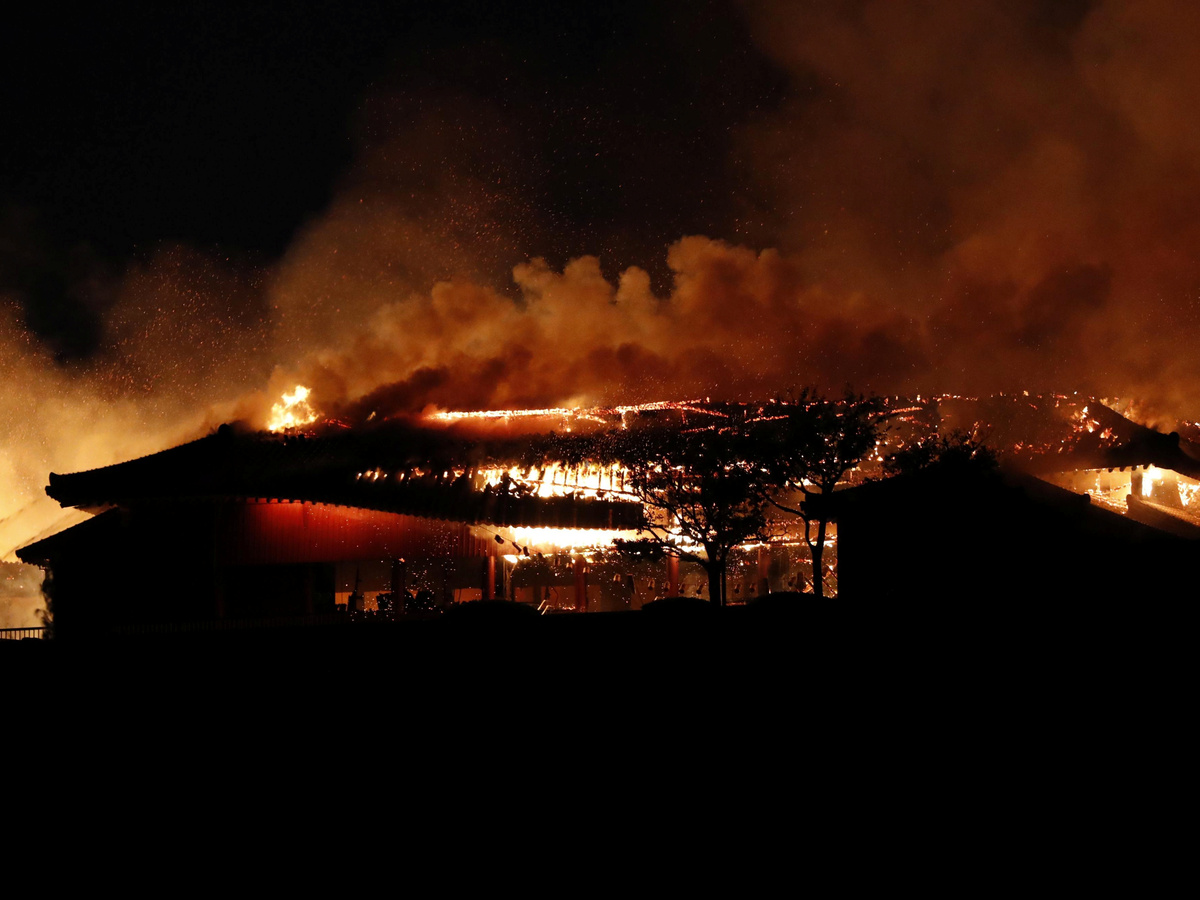 Shuri Castle, listed as a World Heritage site, goes up in flames Thursday in Naha, on the southern island of Okinawa, Japan.

A fire at Okinawa's Shuri Castle, a UNESCO World Heritage site and a popular tourist attraction on the southern Japanese island, has destroyed a large portion of the historic compound.

Television video showed firefighters on Thursday trying to contain the blaze at the wooden castle. The compound's main, north and south buildings were destroyed in the fire.

"The cause of the fire has not been determined yet, but a security company alarm went off at around 2:30 in the morning," said Ryo Kochi, a spokesman with the Okinawa Prefectural Police.

There were no reports of injuries, but about 30 residents living nearby had to be temporarily evacuated.

Mikiko Shiroma, the mayor of Naha, the main city on Okinawa and the site of the castle, told reporters that she was "very shocked" by the fire, which she called "extremely regrettable," according to the Japan Times.

"I feel as if we have lost our symbol," she said.

"It is a World Heritage site that represents Okinawa. More than anything, I am very worried about the fact that many Naha citizens live in neighboring areas, and I have received reports that the fire might be threatening or affecting residents of the areas," the mayor added, according to the newspaper. 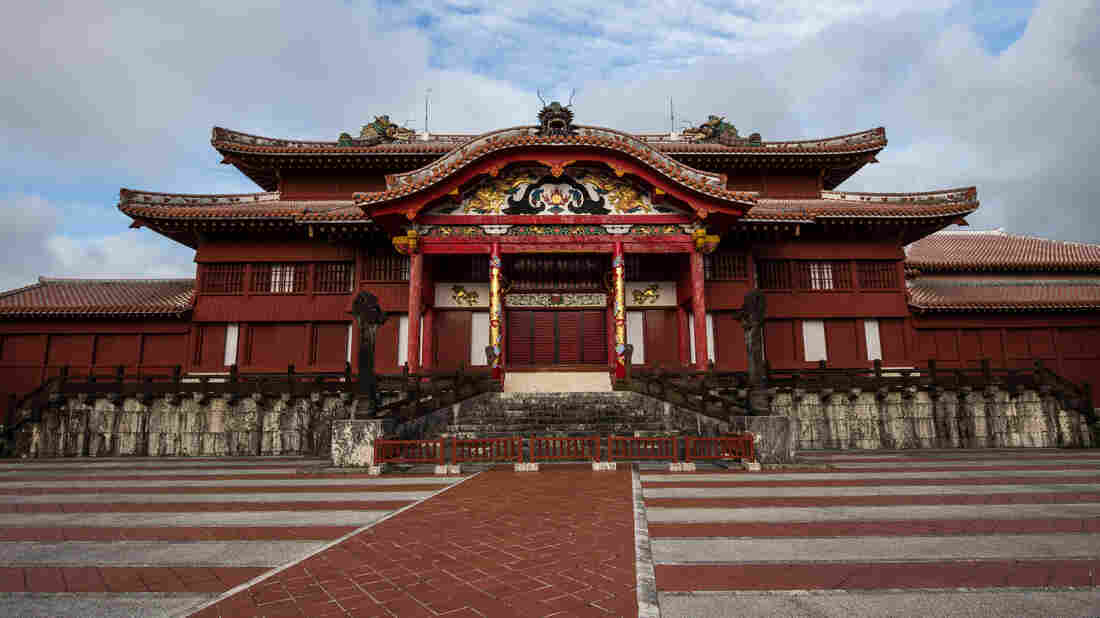 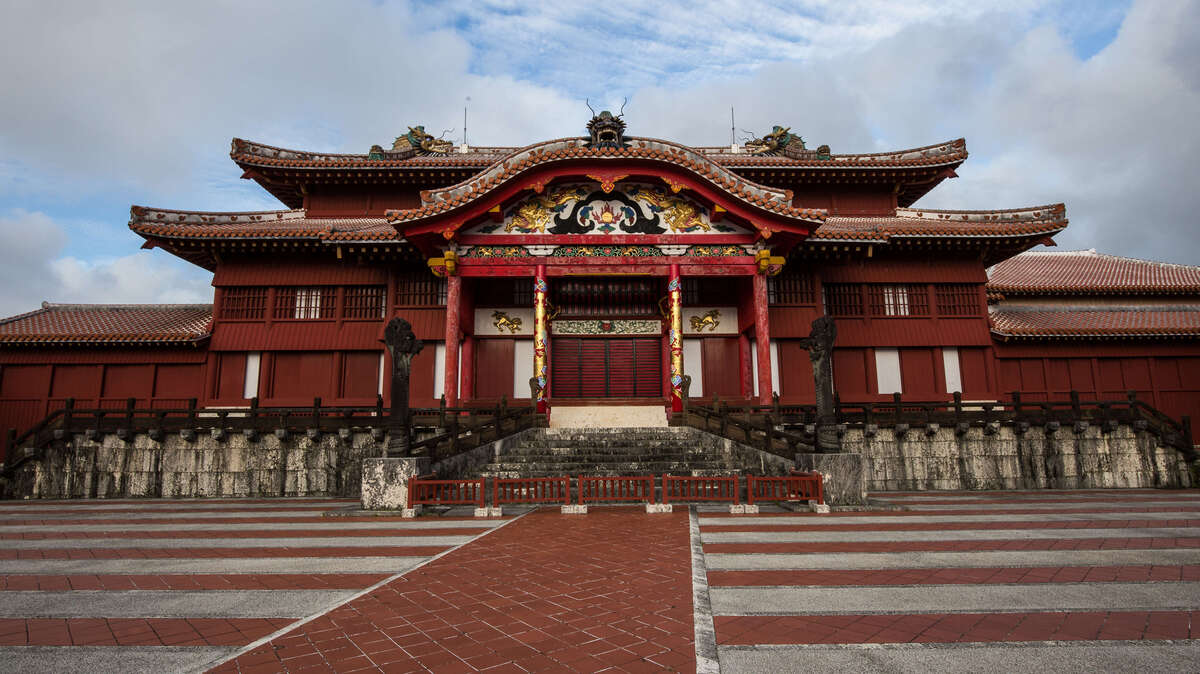 The castle, which shows a blend of Japanese and Chinese styles, is a reconstruction of a 14th century structure. It later served as the capital of the Ryukyu Kingdom, which reigned in Okinawa from 1429 to 1879, when the island was annexed by Japan's Meiji government.

"Five hundred years of Ryukyuan history (12th-17th century) are represented by this group of sites and monuments," UNESCO says on its World Heritage website. "The ruins of the castles, on imposing elevated sites, are evidence for the social structure over much of that period, while the sacred sites provide mute testimony to the rare survival of an ancient form of religion into the modern age. The wide-ranging economic and cultural contacts of the Ryukyu Islands over that period gave rise to a unique culture."

World leaders dined in the castle during the July 2000 G-8 summit on Okinawa.

Japan's Chief Cabinet Secretary Yoshihide Suga told reporters that the government would do its utmost to help restore the castle after Thursday's fire.