Accessibility links
For Some California Residents, Latest Wildfires Are A Tipping Point Californians have been evacuated multiple times in recent years owing to smoke, fires, floods and power outages. Now people are reconsidering whether the state is the dream they had hoped for. 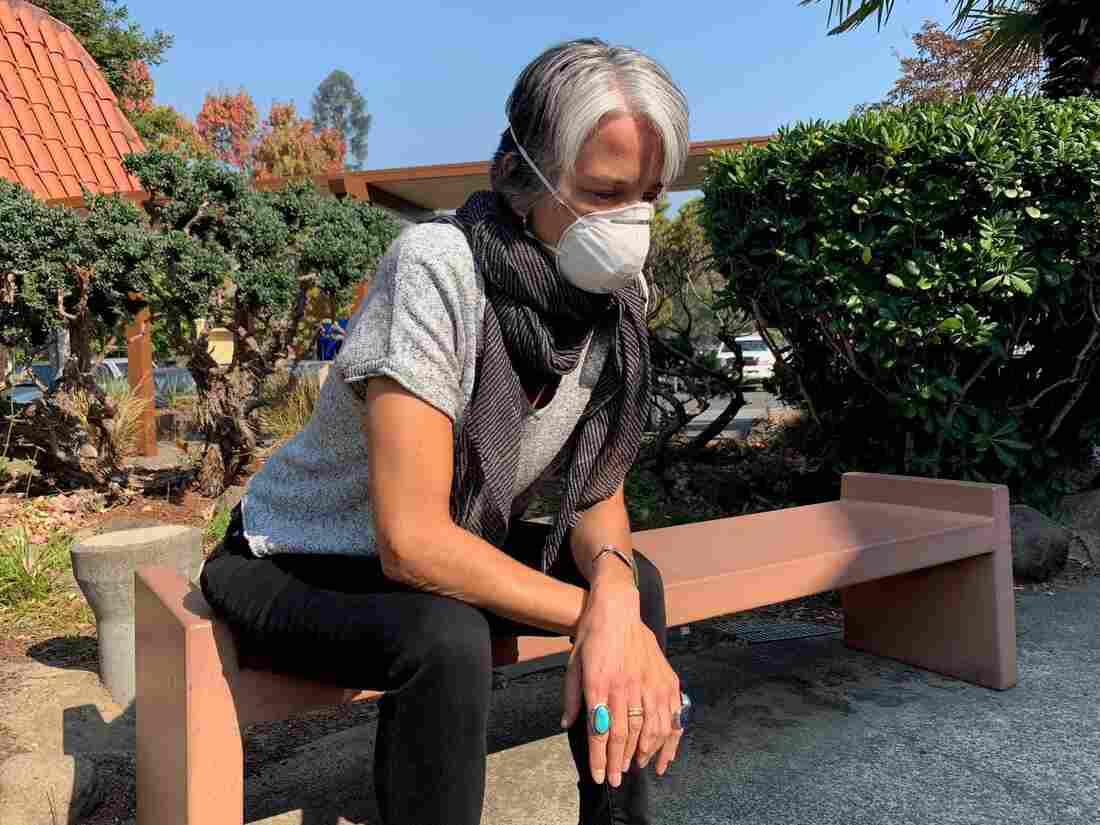 More than 300 fires broke out in Northern California over the past week, leaving residents like Danielle Bryant waiting for updates and a change in the weather. Lesley McClurg/KQED hide caption 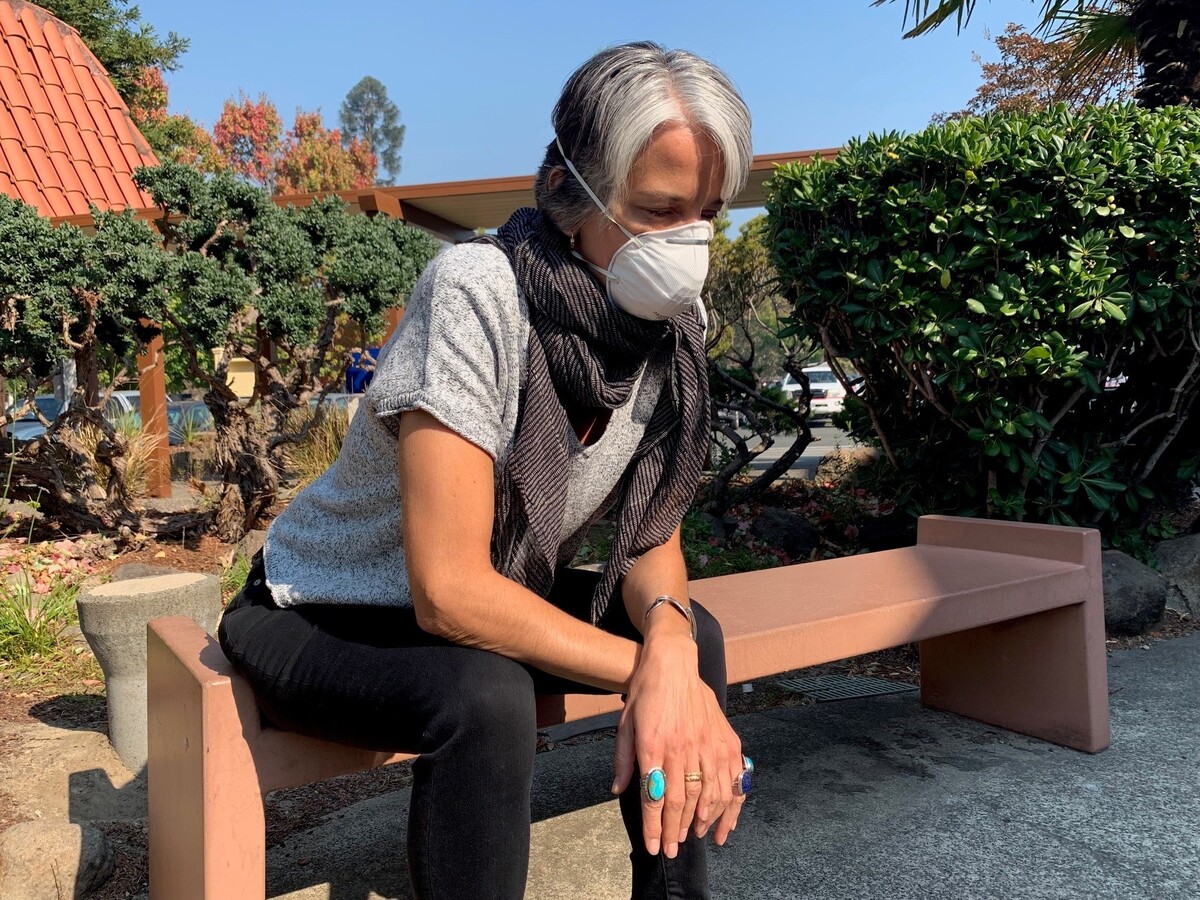 More than 300 fires broke out in Northern California over the past week, leaving residents like Danielle Bryant waiting for updates and a change in the weather.

Tens of thousands of people are still under mandatory evacuation in Northern California. Some have endured wildfires, smoke, floods, blackouts and evacuations many times before. Even though the state's population is predicted to top 40 million this year, some wonder whether California is the dream they had hoped for.

Just a few weeks ago Philip Van Gelder's biggest chore was clearing crusty mud and debris from his land. He and his wife live on an idyllic property nestled among vineyards and rolling hills in the tiny town of Geyserville, a few hours north of San Francisco. Last winter, record-breaking downpours turned the town into an island.

"We've been through several flood situations there," said Van Gelder, a white-haired 74-year-old with a trim beard and a camouflage baseball cap. "This was the worst we've seen in 40 years."

He and his wife watched water creep toward the front porch of their green wooden cottage. Finally, when the top step of their porch disappeared underwater, they evacuated. They lost fruit orchards, a woodshop and an art studio.

"We'll be cleaning up from that flood for the rest of our lives," said Van Gelder.

The property was just starting to look normal a week ago when he heard explosions in the wee hours of the morning. Hot gusty winds shook the windows. Wildfire raged through surrounding hills. Firefighters warned his family that flames could level the town. His neighborhood was under a mandatory evacuation.

Van Gelder promised officials he would remain vigilant, but he refused to abandon his land. He and his wife weathered a few smoky days without electricity or gas. Then ferocious winds picked up again over the weekend.

"The hills exploded in flames," Van Gelder said. "The house was surrounded by soot and ash blowing everywhere."

The couple snapped into action. They raced to their car with their cat, a few guitars and key documents. The husband and wife are now staying with their daughter a few hours south in Oakland. Van Gelder says he can't relax. He questions his future in California. 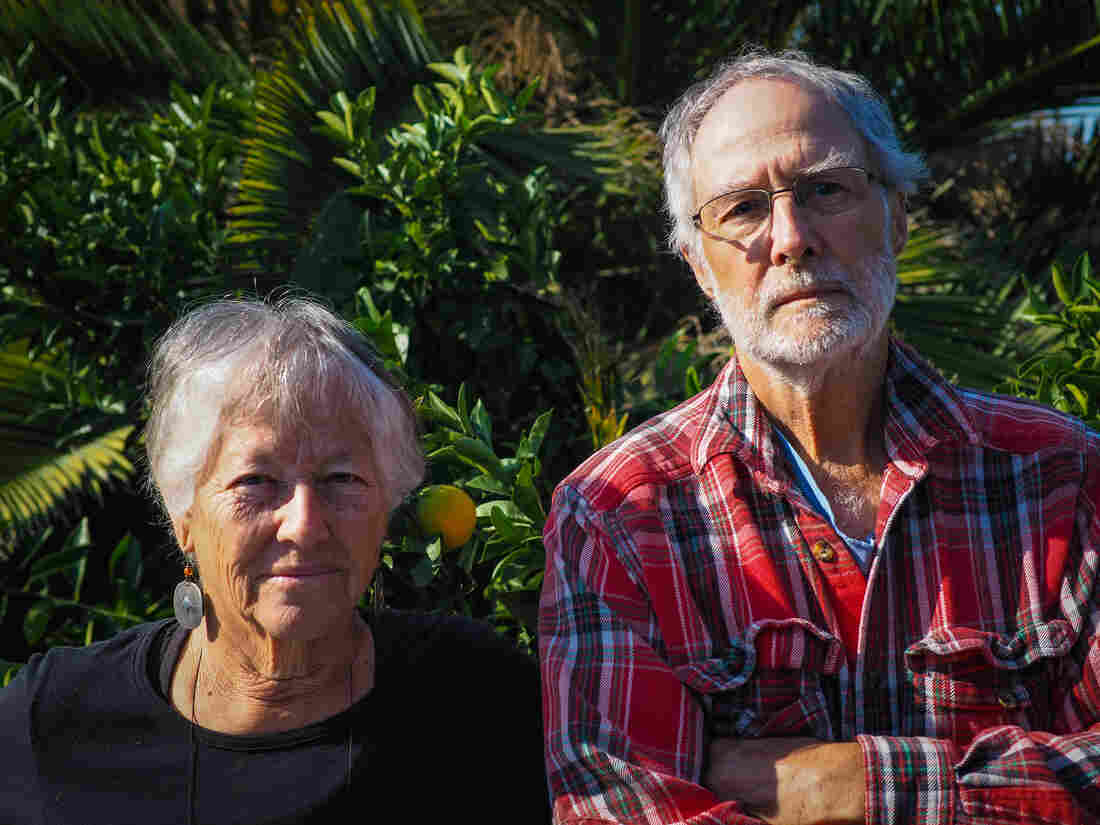 Philip and Sherry Van Gelder are two of the tens of thousands of people under mandatory evacuation in Northern California. They are sheltering with their daughter in Oakland while firefighters fight wildfire near their home two hours north. Courtesy of Darcy Vasudev hide caption 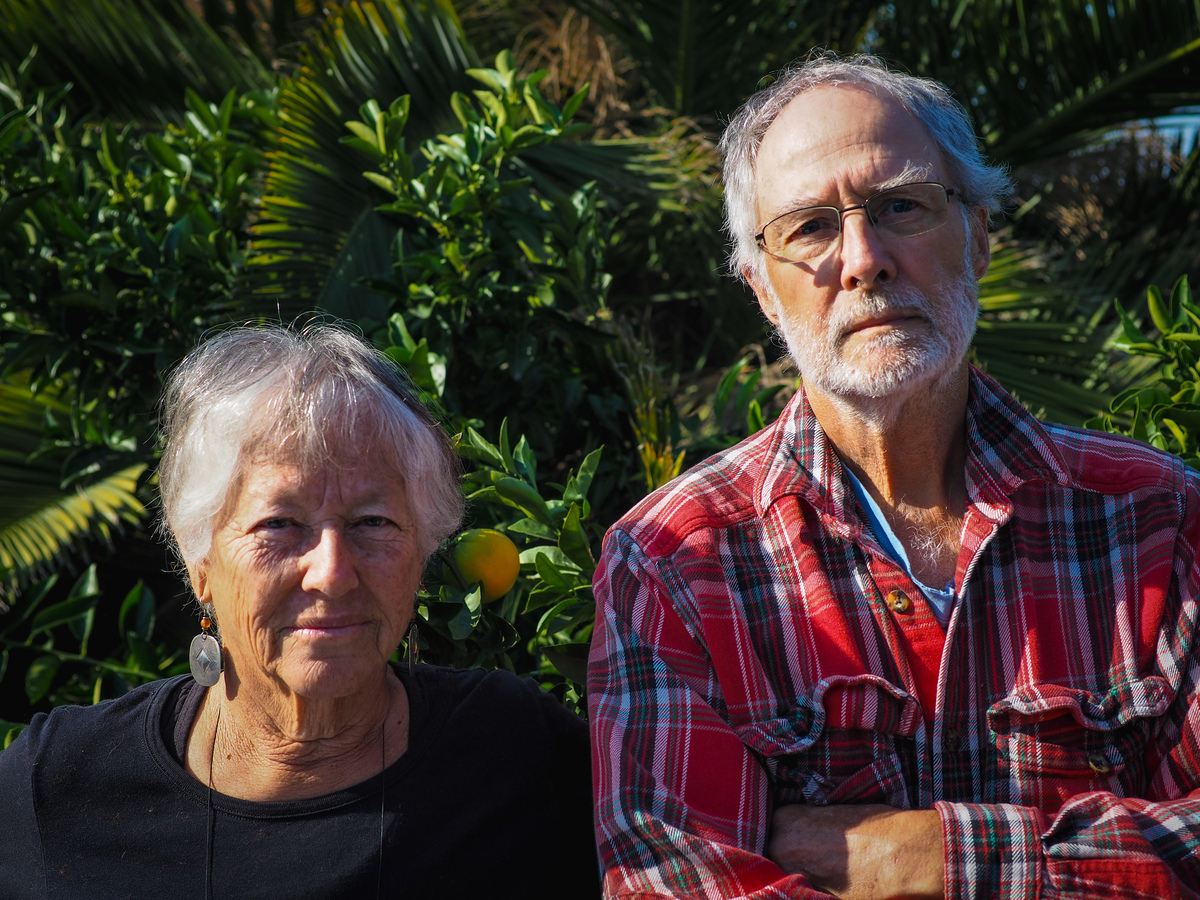 Philip and Sherry Van Gelder are two of the tens of thousands of people under mandatory evacuation in Northern California. They are sheltering with their daughter in Oakland while firefighters fight wildfire near their home two hours north.

"I think the climate is definitely becoming extreme," he said.

He's not alone. Two years after wildfires in Santa Rosa chased her from her home, Danielle Bryant feels as though she is still running for her life.

"We were victims to one of the most terrible events in history," says Bryant, a tall 38-year-old with short silver hair.

Flames decimated her neighborhood and killed 44 people. The next year, a few hours away, the Camp Fire killed more than 80 people.

"My heart was racing. I couldn't think. I felt very on guard," Bryant recalls. "I tried to put myself into action but also I felt frozen."

They hit a fog bank of smoke as they were driving away from their temporary apartment, which is less than a mile from their old house. "It looked like we were driving through hell."

Bryant has since lost her appetite. Bad dreams keep her up at night. She and her husband are talking about selling the house they're rebuilding. Construction is way behind schedule.

"Everyone is stretched and stressed because our builder took on too many homes," said Bryant. "There are so many stories about people folding and leaving."

Humor has helped her cope this past couple of years, but it doesn't answer the big question of where to go next. "What place doesn't have fire? Iceland? Vast wide open spaces like the Mojave Desert?"

Leaving also isn't simple. Bryant grew up here. Her aging mother lives nearby. Yet stress and trauma have taxed her marriage, her work and her health. Every day she thinks about relocating. At the same time, she wonders whether it is possible to outrun climate change.