Accessibility links
Movie Director Kasi Lemmons On The 'Superhero Journey' In 'Harriet' Harriet, a biographical film directed and co-written by Kasi Lemmons, is out in theaters. "I don't want to rob her of either her womanhood or her superheroism," Lemmons says. 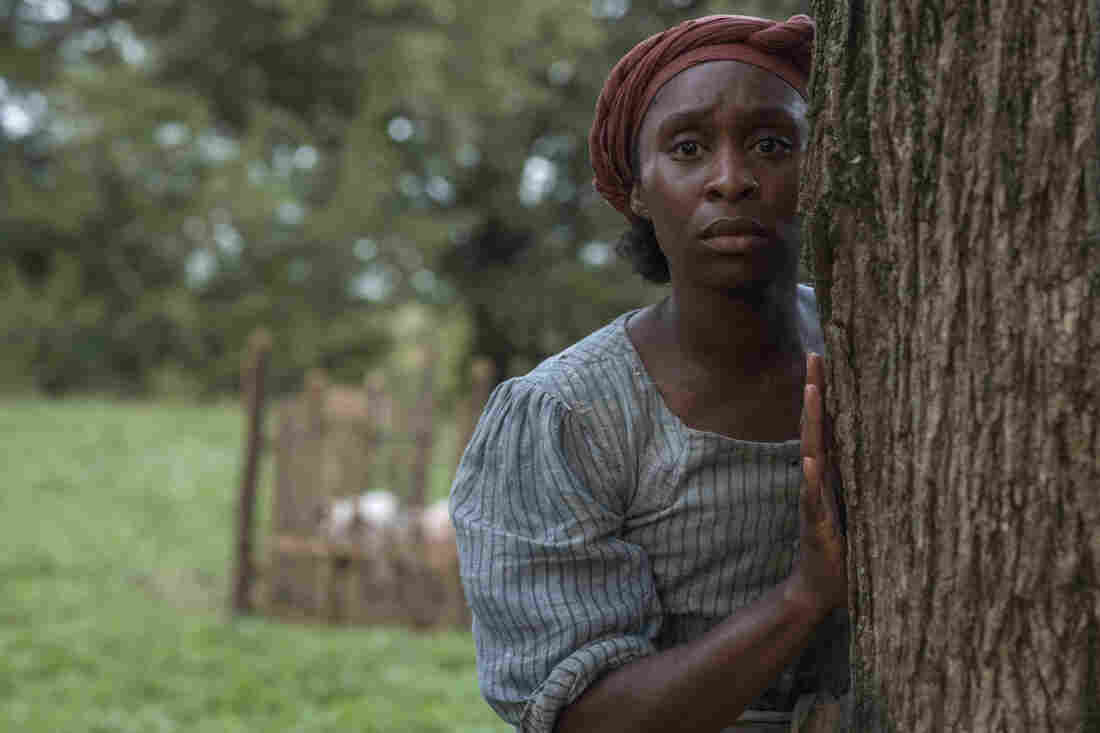 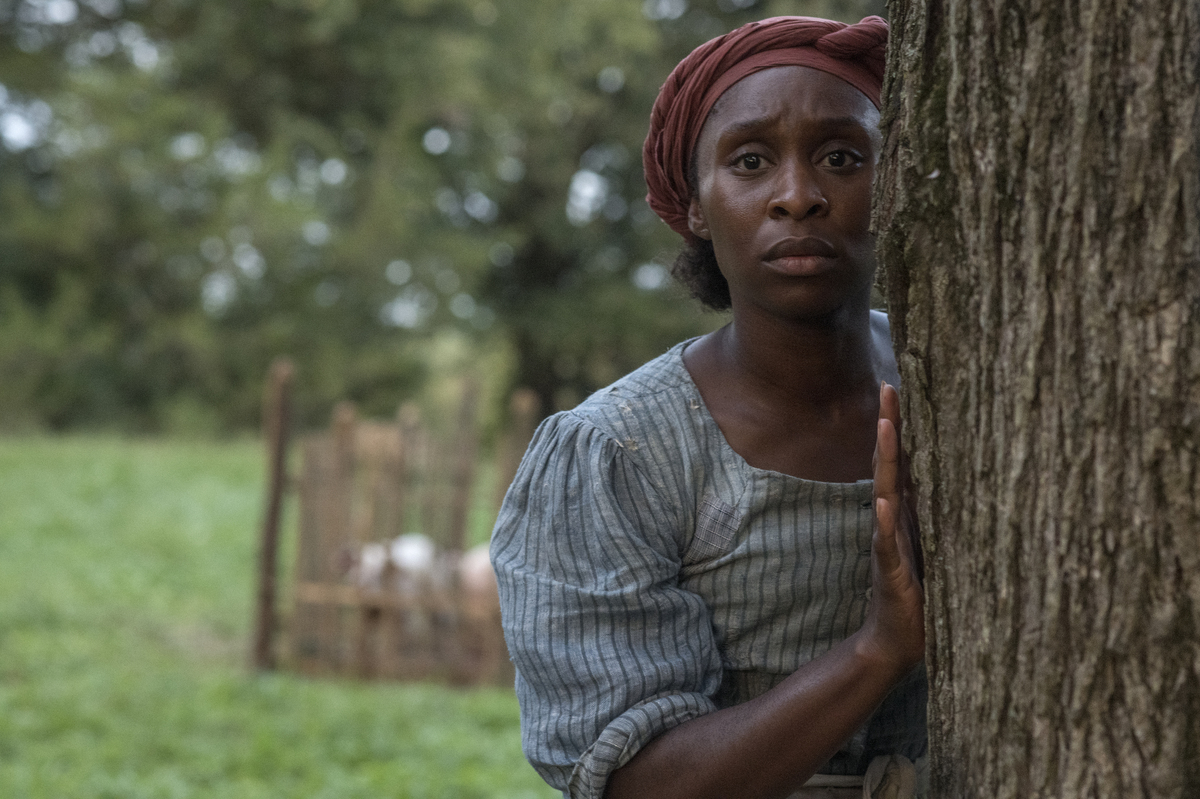 Cynthia Erivo stars as Harriet Tubman in the biopic Harriet.

Harriet Tubman is an American figure whose story is so incredible, it's still almost hard to believe that it's true. After escaping slavery, she made numerous trips to save those still enslaved.

The new movie Harriet examines the life of this extraordinary figure through something like a superhero origin story.

"Yes, it's a superhero journey, you know, and it's a real-life superheroine," says director Kasi Lemmons. "But also just to give you access to her so you feel like you had lunch with her and you feel like you can get next to who she was."

In The Biopic 'Harriet,' Tubman Is An Action Hero

In an interview, Lemmons spoke about why she was drawn to making a movie about Harriet Tubman.

"I mean, she was incredibly strong," Lemmons says. "She was incredibly tiny. And that became very important to me, you know, that this very small, very strong, very fierce woman was really doing this work in incredibly turbulent times. ... The physicality involved in just the act of escaping or the act of running: It was a man's world, and I think that just being a tiny, illiterate black woman in a man's world — that was an incredible image for me." 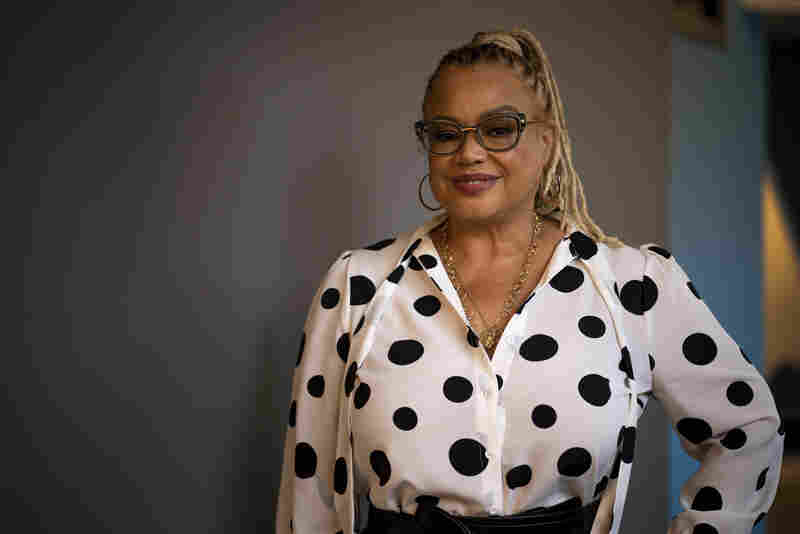 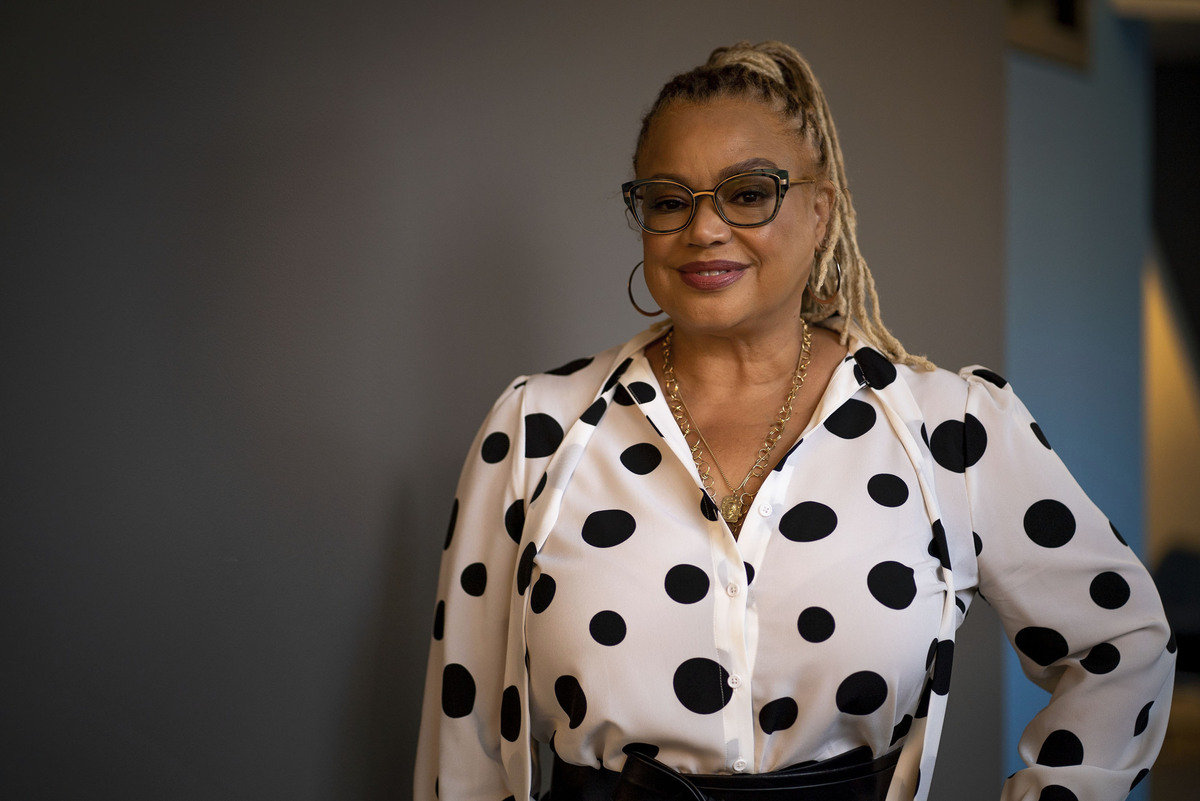 On the divine guidance that Harriet Tubman claimed

Lemmons: She definitely said that there was a higher power involved, and that she was guided — I mean, she was very, very, very clear on it, and her premonitions were incredibly accurate.

King: Harriet Tubman truly believed that she was in communication with God. People around her seemed to be convinced as well.

Lemmons: And even her abolitionist friends, you know, they would say: Well, I don't know if I believe it, but I'm certain she believes it, and we can't describe how she's able to survive.

King: Do you think she was talking to God?

Lemmons: At this point I must say I do. I know Harriet very well — I've come to know her very well — and she was so incredibly clear about it. She became very good friends with John Brown. He had great admiration for her and was really counting on her joining him at Harpers Ferry, which she had said she would do. And then she had a vision that he was going to be cut down ... and she didn't meet him.

On balancing "womanhood" and "superhero" elements

I really wanted to bring real Harriet Tubman, who she was as a woman, and who I think she was as a person, and actual words that she said, and her actual family and their actual story — which I thought was fascinating. I don't want to rob her of either her womanhood or her superheroism, because we need our black women superheroes ... she was that badass and, you know, I think that's extremely important.

There's a level at which I understand it. There's been an argument that's gone back to the Harlem Renaissance about culture bearing, and who is the best to bear that culture. I consider myself a major culture bearer on this movie. This is a film about Harriet that is co-written and directed by an African-American woman. Our job in making a film ... with a character that's this important is to find the very best person – the very best person to play that part. And in Cynthia, the physical resemblances are very strong. But more than that, she is absolutely a brilliant actor. So my job is to bring the most believable person to play the role so that you look at it, and when future generations look at it, you will see a petite, strong, fierce, young, West African black woman playing a petite, strong, young, West African woman.

On lessons from the 1800s that can be applied now

Honestly, our country's so polarized. I mean that's been clear for a long time. We just haven't dealt with our history. It ... causes a lot of people despair, and they don't really know what to do about it. So in some ways, this movie is an offering to alleviate despair — to remember what one person was able to accomplish in incredibly turbulent times and against all odds, just through sheer force of will and, you know, courage. ....

Sydney Harper and Catherine Whelan produced and edited this interview for broadcast. Patrick Jarenwattananon adapted it for the Web.