Accessibility links
Trump To Name Chad Wolf As Acting Homeland Security Secretary President Trump announced earlier this month that Kevin McAleenan was leaving the post. Trump is now set to turn to Wolf to lead the agency, according to sources briefed on the decision. 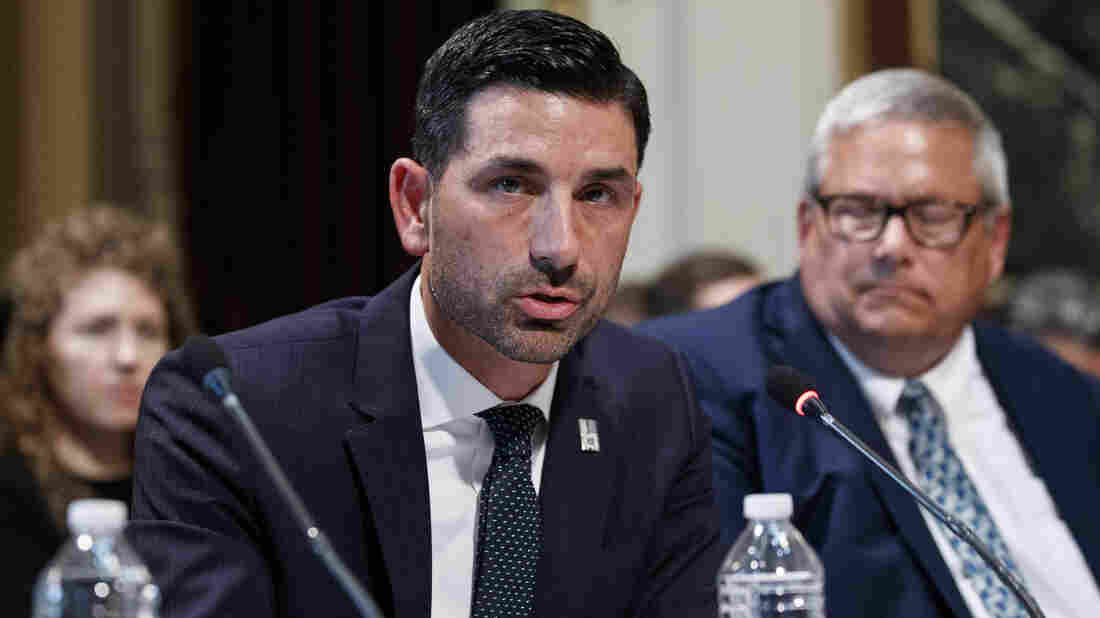 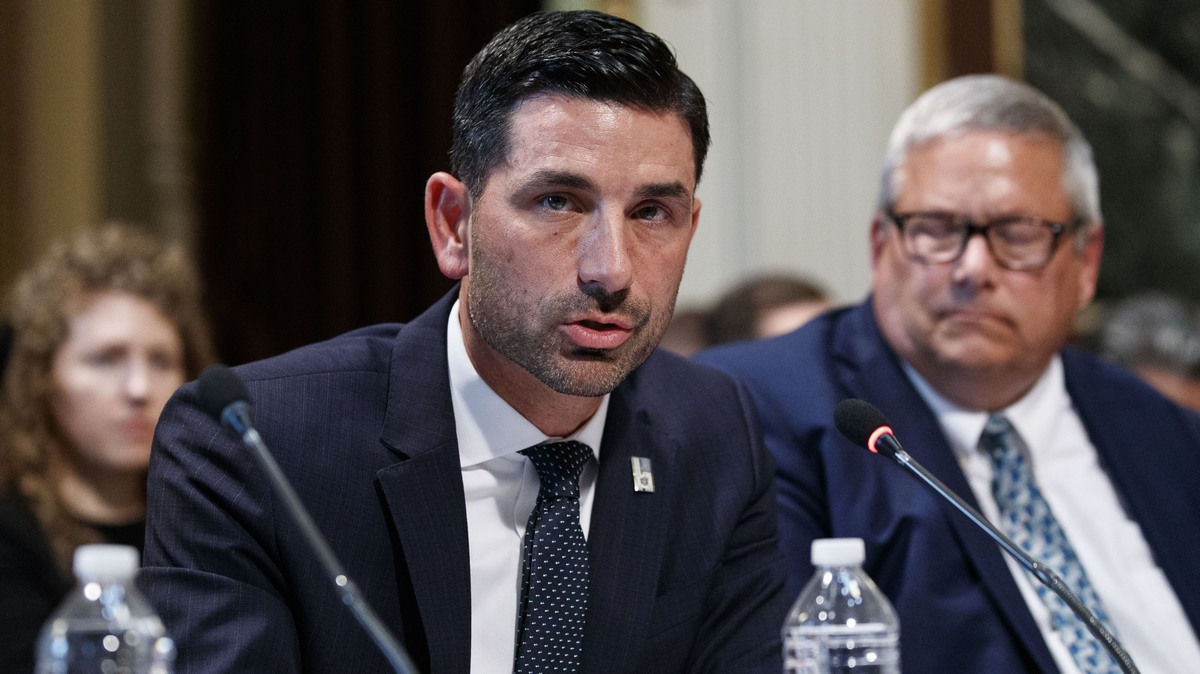 Department of Homeland official Chad Wolf speaks during a meeting earlier this month in Washington, D.C. President Trump is set to pick wolf to lead DHS in an acting capacity.

The White House will name Chad Wolf as acting secretary of the Department of Homeland Security, according to sources briefed on the decision, and confirmed by a White House spokesperson. Wolf is a top DHS official currently serving as the department's undersecretary.

"Wolf is an extremely qualified DHS leader, highly respected, well-versed in the policies and inner workings of the department, its vast mission and issue sets. He remains the best viable option to advance the president's priorities. An all- around excellent pick," a senior DHS Official told NPR.

The move was first reported by Politico.

President Trump announced earlier this month that acting Homeland Security Secretary Kevin McAleenan was leaving his post. Wolf will be the fifth person to lead the department since Trump took office.

As NPR's Franco Ordoñez reported, that set off a wave of jockeying as various factions inside the White House pushed for candidates who support their agendas.

Wolf would seem to be a less controversial choice than others, in that he has not publicly espoused the hard-line views on immigration that the acting head of U.S. Citizenship and Immigration Services Ken Cuccinelli has, for instance.

Some advocates for immigration restrictions have raised concerns about Wolf's prior work as a lobbyist on H-1B and other employment visas - programs that Trump has opposed. Wolf would become the latest person in charge at DHS "who is not completely on board" with Trump's immigration agenda, said RJ Hauman, head of government relations at the Federation for American Immigration Reform.

"If officially named, Wolf must recuse himself from work on all guest worker related issues, not just H-1B and L-1," Hauman said.

Wolf has served as former DHS Secretary Kirstjen Nielsen's chief of staff. He was nominated to be under secretary for the DHS office of Strategy, Policy and Plans last February. According to his DHS biography, he's also served as chief of staff for the Transportation Security Administration during the Trump administration.

NPR's Franco Ordonez and Roberta Rampton contributed to this story.