Accessibility links
Democratic Candidate Divisions On Display At Fiery Iowa Dinner Elizabeth Warren and Pete Buttigieg got some of the biggest turnouts of the night, but there was a clear progressive vs. moderate split evident between the two White House hopefuls. 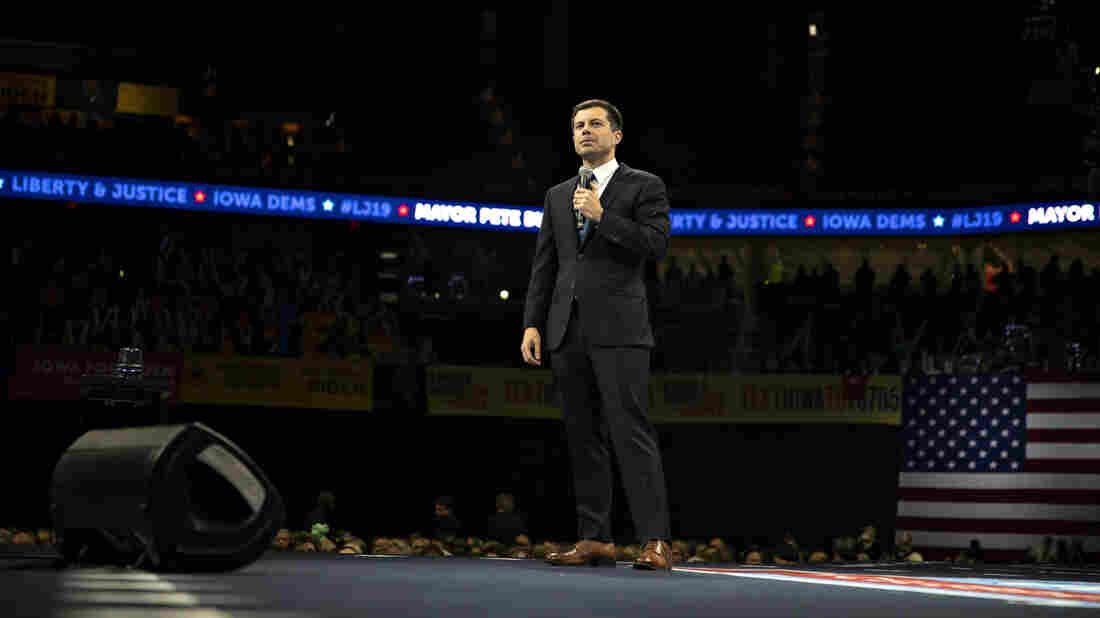 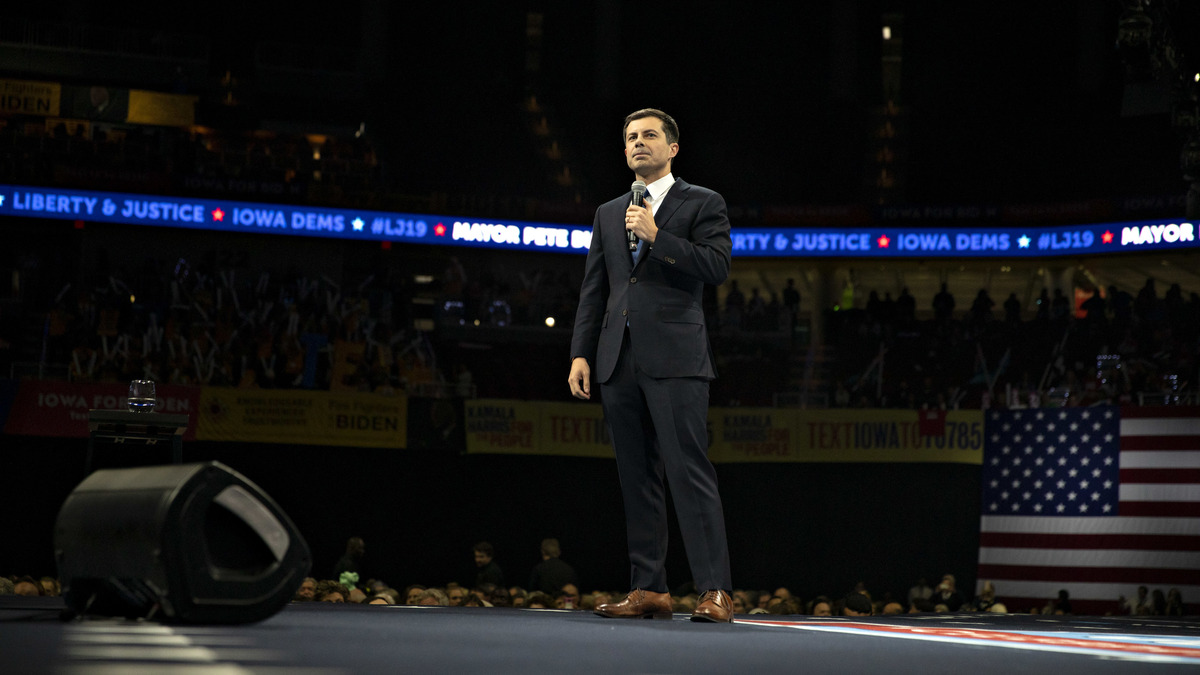 The ideological divisions between the leading Democratic candidates for president were on clear display at the rowdy Iowa Liberty and Justice Celebration on Friday evening.

Massachusetts Sen. Elizabeth Warren took aim at her more moderate rivals during her remarks, slamming them for "vague ideas that are designed not to offend anyone."

"If the most we can promise is business as usual after Donald Trump, then we Democrats will lose," Warren said, in a clear shot at both former Vice President Joe Biden and South Bend, Ind., Mayor Pete Buttigieg. "We win when we offer solutions big enough to touch the problems that are in peoples' lives."

Buttigieg was the first candidate to take the stage. The 37-year-old casting himself as both a voice of a new generation reminiscent of President Barack Obama that could also bring back a sense of calm and order to the Oval Office.

"I didn't just come here to end the era that is Donald Trump. I'm here to launch the era that comes next," Buttigieg told the crowd. "Because in order to win, and in order to lead, it's going to take a lot more than the political warfare we have come to accept from Washington, D.C."

Warren is leading the current polls in Iowa, but Buttigieg has seen his numbers rise in the state lately. And both had the loudest and largest crowd of supporters inside the Des Moines arena.

The annual Iowa Democratic Party dinner is part fundraiser and part pep rally that takes on an outsized role every four years. Each White House hopeful gets 10 minutes to make his or her pitch on an important stage just three months before the first Democratic 2020 voters will weigh in. Candidates pay for their supporters to attend, outfitting them with signs, lights, noisemakers and chants. They hold events and rallies outside the event and march with banners and signs into the dinner.

Buttigieg pitched himself as a fellow Midwesterner who made his first trip to the state "knock on doors for a young man with a funny name," feeding the Obama comparisons that he hopes could help him pull off an upset in the state just like the former Illinois senator did that propelled him to the nomination in 2008.

And while Obama also faced questions about his age and experience, Buttigieg said he believed that a better way in politics was still possible despite the caustic current environment.

"Call it optimistic, but do not call it naive, because I believe these things not based on my age, but based on my experience," Buttigieg said.

But Warren argued hard that change couldn't come incrementally but in the bold, sweeping ideas that she has called for, including Medicare for All. Both Buttigieg and Biden back more modest health care changes that would still include public and private plans. 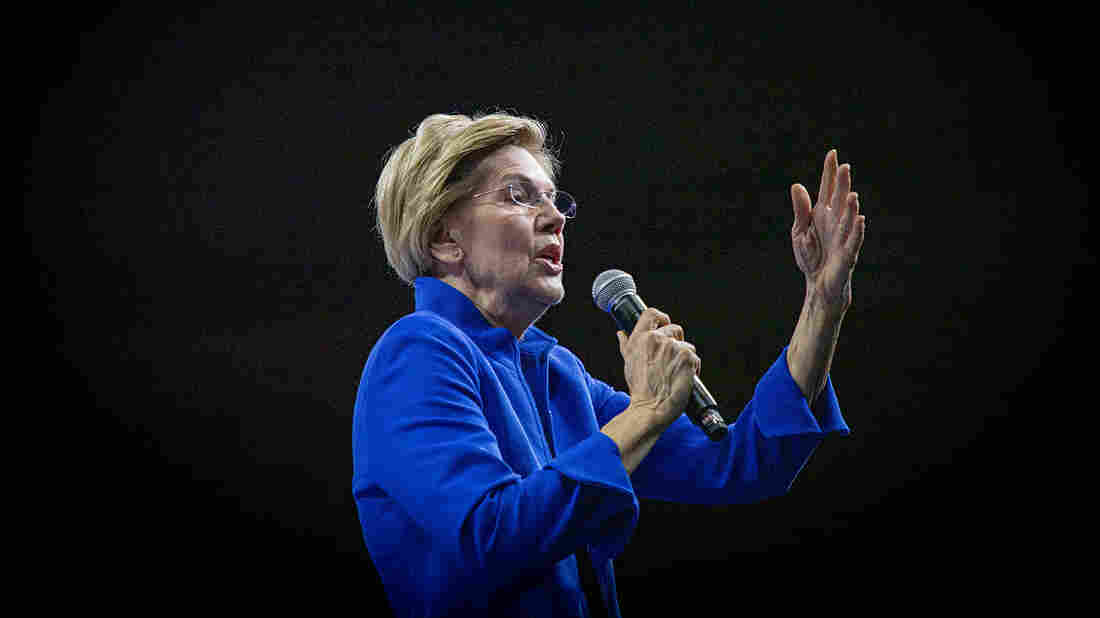 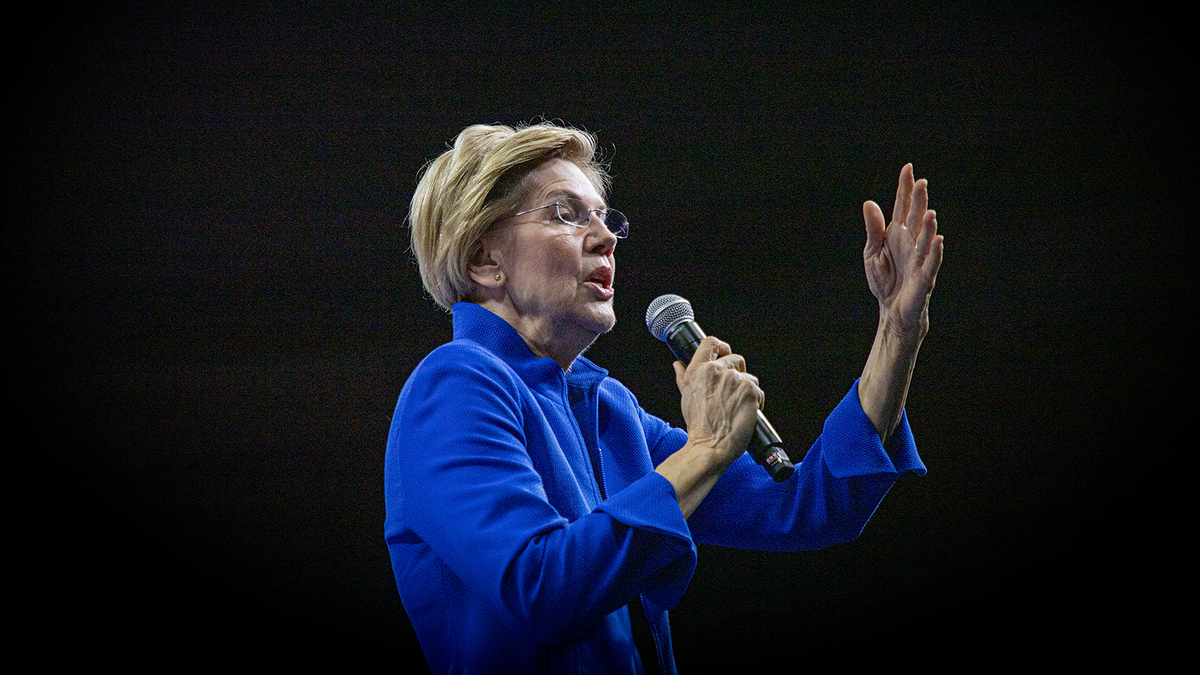 Massachusetts Sen. Elizabeth Warren said change couldn't come incrementally but in the bold, sweeping ideas that she has called for.

To applause from the crowd, Warren said she knew such change was possible because she had already proved it could be done when she helped create the Consumer Financial Protection Bureau. And she chastised her rivals that said she couldn't achieve similar success as president.

"They see an America where they won't be able to make the changes they need," Warren said — again not mentioning Biden or Buttigieg by name, though the references were clear.

"Afraid because they are either too cynical or too downtrodden to believe that change is possible. Well, not me. I believe in change and I know we can get it done," she added. "Anyone who comes on this stage and tells you to dream small and give up early is not going to lead our party to victory."

"We have got to beat this man. It's not enough that we just beat him — we've got to beat him soundly so everyone knows we are not going back to a time when another president like him can hold that office," Biden said. "And I will beat him like a drum if I'm your nominee, and he knows it."

The current impeachment inquiry in the House centers around the president's call with the Ukrainian president where he pressured him to investigate Biden and his son Hunter's business dealings in the country, although no wrongdoing on their part has ever been shown. 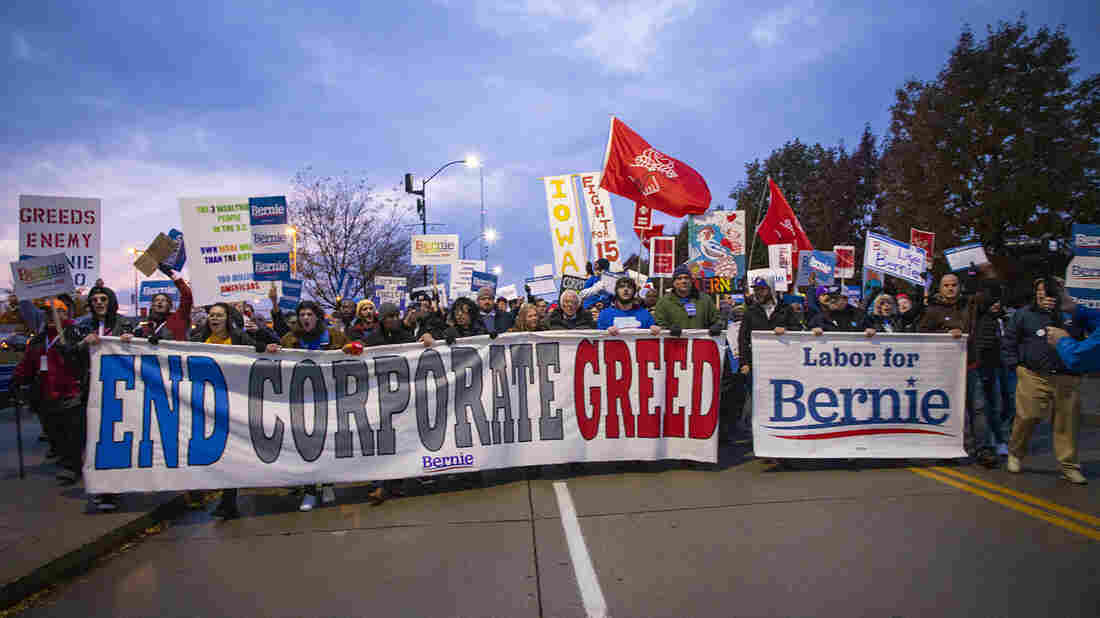 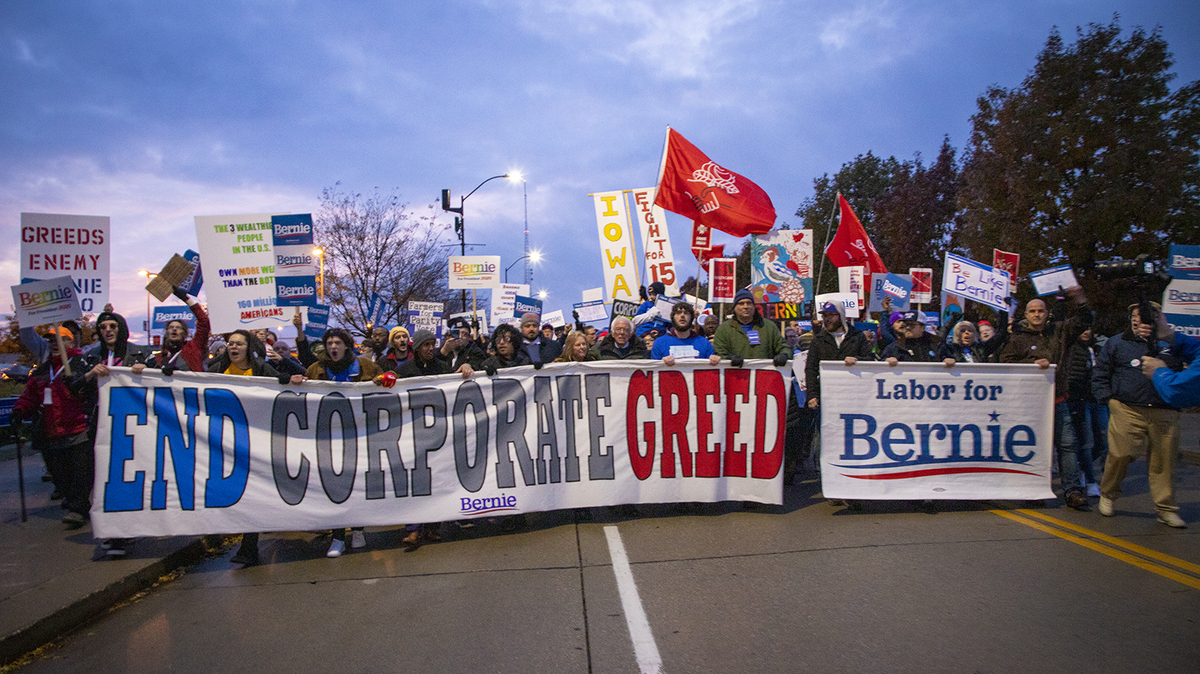 Sanders was the only candidate to use notes onstage and use a lectern. And he also didn't have as big of a presence inside the arena, electing to donate $20,000 to the party instead of paying for tickets for his supporters to attend. They were watching off-site instead. But he largely aligned with Warren — who may be his ideologically progressive partner but also someone who represents a real rival for a top finish in the state.

Other candidates' speeches also provided a possibly last-ditch effort to try to create momentum. California Sen. Kamala Harris, who has recently laid off staff in other early states as her fundraising has lagged, got a strong response as well, passionately talking about how she took on Trump's attorneys general in the Senate.

Others played up their connections to Iowa. Neighboring Minnesota Sen. Amy Klobuchar joked she could "see Iowa from my porch." And New Jersey Sen. Cory Booker — one of the last speakers — got a raucous response from his supporters in the room who held lighted signs spelling out his name — recalled how he would attend church with his grandmother in Des Moines.