Accessibility links
Kerry Washington Mines History, Black Motherhood In Netflix Film 'American Son' Washington reprises her Broadway role in the Netflix adaptation, as a black mother whose black son has gone missing. The film is a walk in the fearful shoes of the parent of a black child, she says. 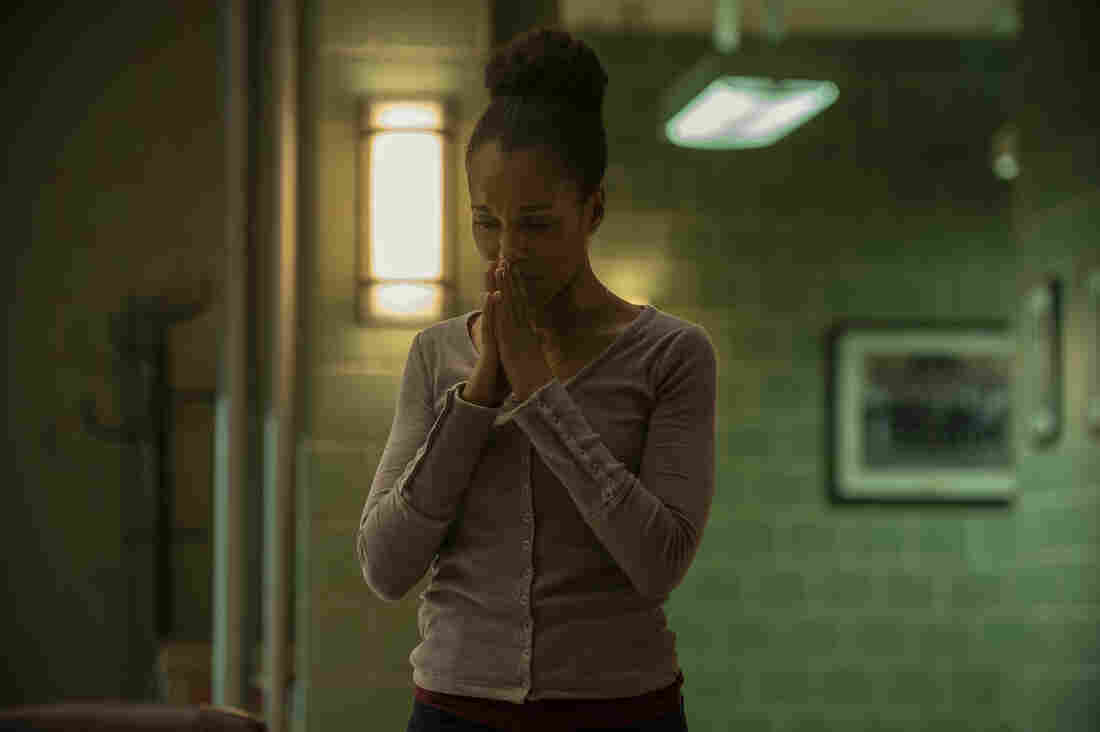 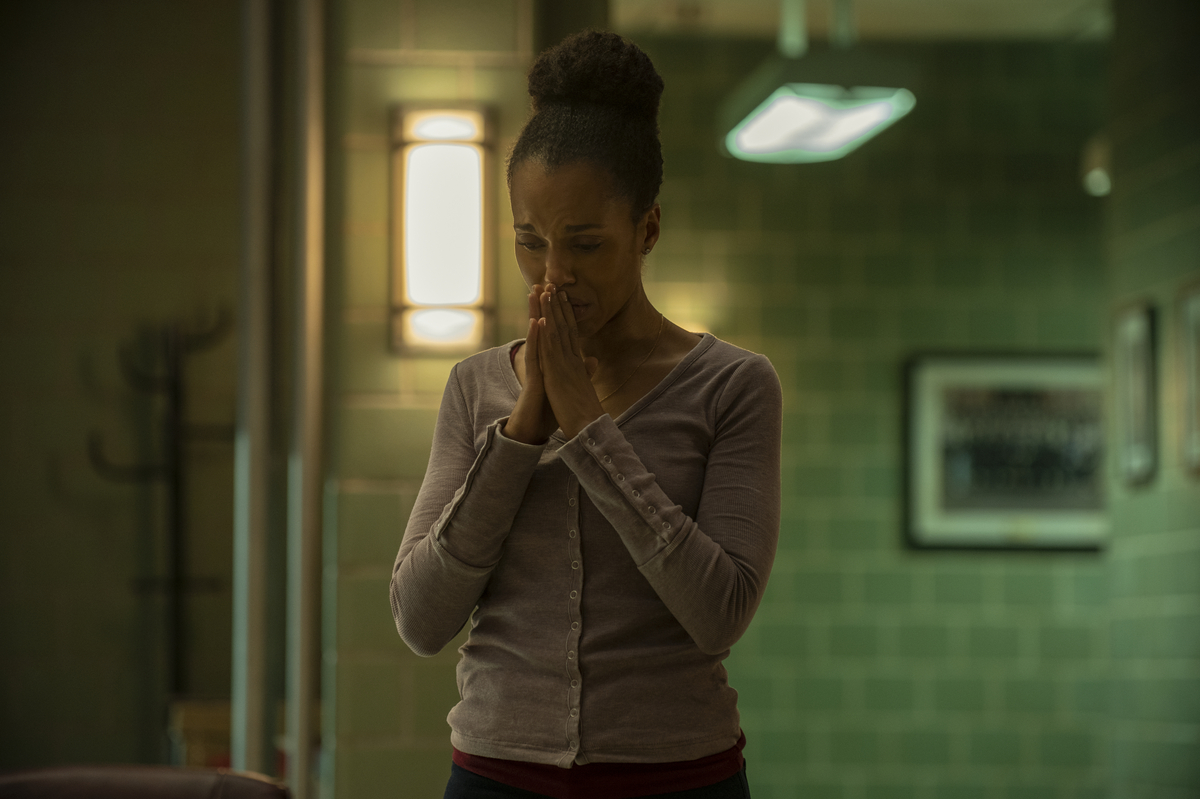 American Son, a new film on Netflix, unfolds at a Miami police station, during the middle of the night, where a worried mother frets about her missing son, who is black. She's frustrated at the lack of information she gets from a police officer, who tells her he understands — he has kids, too.

To her, the threats that fuel her fears for her son's safety manifest in the officer's questions that suggest racial profiling: ("Does he have any ... scars, tattoos, gold teeth, that kind of stuff? Street names?")

"It really bugs Kendra that he's already decided the kind of kid that her son is, just based on the fact that he has a black mom," Washington said in an interview with NPR's Weekend Edition.

Washington said she signed on to reprise her onstage role in the new film, an adaptation of Christopher Demos-Brown's Broadway play of the same name in which she starred, in part to help break down audience barriers of entry — not everyone can afford to travel to New York to see a play or shell out money for a Broadway ticket.

"The opportunity to tell the play on screen and basically democratize theater in that way was really exciting for me," she said.

Washington said immersing oneself in this film can help inspire the viewer's empathy for the black parent's experience.

On relating to the character of Jamal

I realized that a big part of what drew me to the material was also my deep understanding of Jamal. That I was a kid from a working-class family who went to a very prestigious private school and had to navigate some of those treacherous, cultural investigations or discovery process of Who am I? or How do I fit in? and all the different worlds that I belong to.

On the pressure to succeed as a black woman

There was a lot of talk when Scandal first aired, that it was the first show in 38 years to have a black woman as the lead of a network drama. And with that came a lot of pressure. I mean there was nothing I could do to guarantee eyeballs. Unfortunately, my business is not meritocracy.

But I knew that I had to reach toward excellence in every area because even though I knew I couldn't control the result, if Scandal was a failure, it might be another 40 years before a black woman was allowed to be the lead of a network drama. Instead, in the success of Scandal, we had Empire and How To Get Away [With Murder] and Quantico and Station 19. We had all of these shows with black women at the helm because what was considered a "risk" before we aired, suddenly became commonplace.

On how she relates to her character who, like Washington, is mother to a black son

Parenting is an act of vulnerability. Once that little person is here in the world, every day is a practice in letting go. And you do everything you can to protect them and to try to create a safe world for them. But we're not in control as parents.

On how she approached the character of Kendra

I was approaching her in parallel paths, from a kind of intimate psychological perspective where I was mining my own fear and anxiety as black woman and as a mom. But at the same time that I was working very personally, I was also working in this much more historical, sociological, anthropological track because there has always been in this country a history of state violence against black children.

If you begin with slavery, to Emmett Till to Philando Castile, it is a history of the vulnerability of being the parent of a black person. I think it's one of the things that's really powerful about the piece.

On the film's powerful perspective

If you walk with us for these 90 minutes, if you let yourself be in this nightmare, you cannot say that communities that are disenfranchised and that are in hostile relationship with police that we are overreacting. You must understand what the experience is when you allow yourself to spend this evening with us.