Accessibility links
3 Takeaways From 2 Days Of Tense Boeing Congressional Hearings Boeing executives' testimony suggests the company knew enough to at least question the safety of continuing to fly the 737 Max after the first of two deadly crashes involving the aircraft. 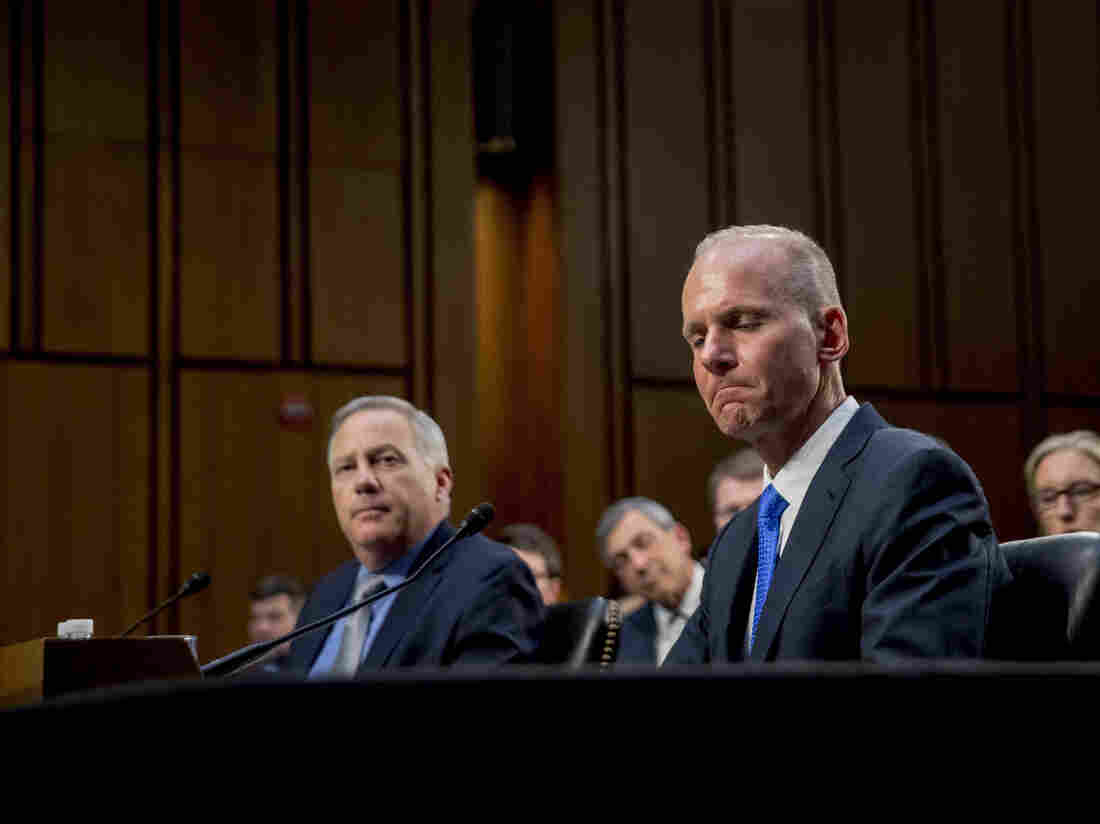 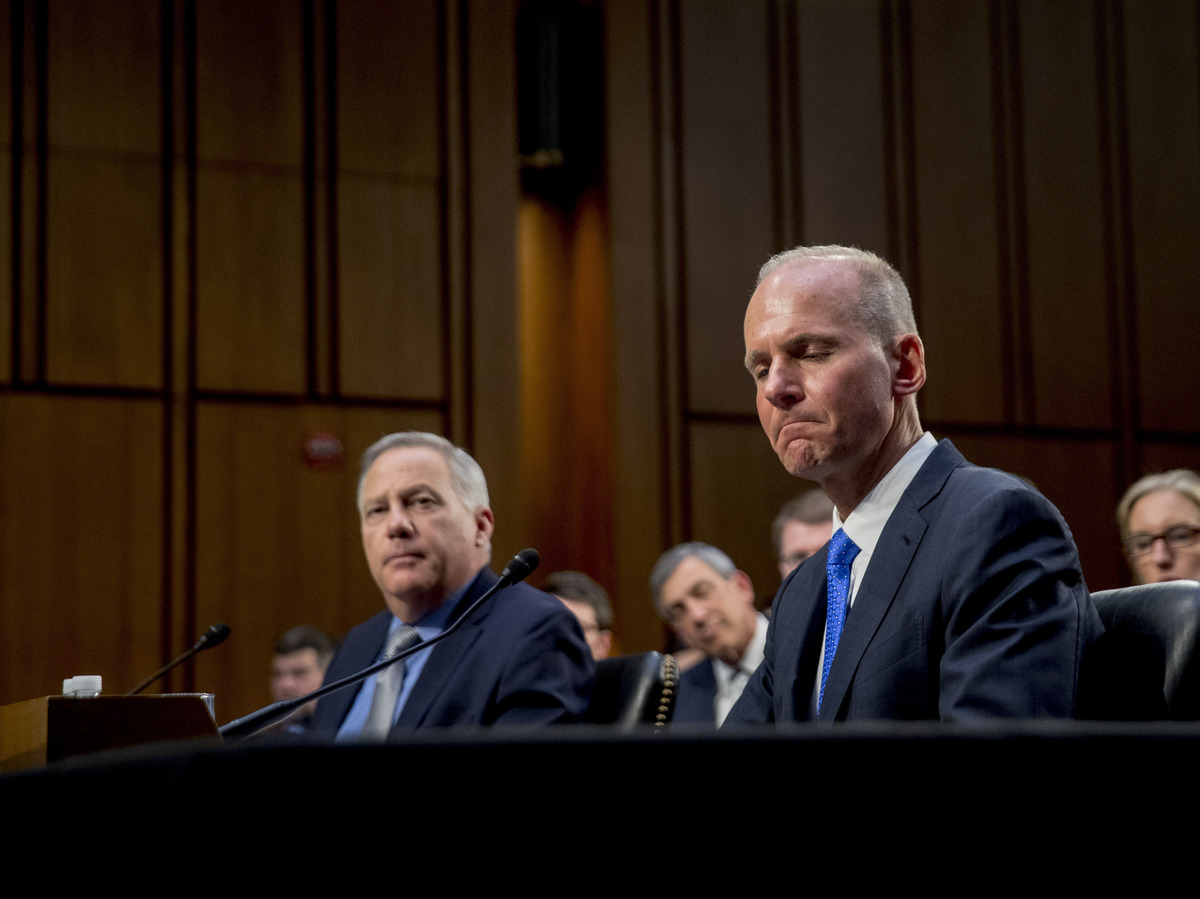 One year to the day after first of two horrific crashes of its bestselling 737 Max commercial jet, Boeing's CEO finally took public questions this past week about whether the company downplayed safety concerns, hid design flaws from regulators and tried to cover up its mistakes and missteps. CEO Dennis Muilenburg endured close to nine hours of often intense grilling over two days of congressional hearings on Boeing's role in the 737 Max crashes in Indonesia and Ethiopia, with some victims' family members in attendance. And while Muilenburg admitted to mistakes in the design and development of the plane and how the company has handled the aftermath, many of his answers left lawmakers and others unsatisfied.

First, a recap of what caused the crashes:

On Oct. 29, 2018, Lion Air Flight 610 took off from the international airport in Jakarta bound for Pangkal Pinang and almost immediately experienced trouble. In their final report on the crash released last week, Indonesian investigators said a new automated flight control system on the plane called MCAS activated based on erroneous data from a faulty sensor. MCAS forcefully and repeatedly pitched the nose of the plane down, while the pilots, who didn't even know the system existed, struggled to regain control. Ultimately, they lost the battle and the plane nose-dived into the Java Sea, killing all 189 people on board.

Less than five months later, Ethiopian Airlines 737 Max experienced the same problem. Despite taking emergency actions recommended by Boeing, the pilots still could not regain control and the plane spiraled down, crashing in a field, killing all 157 people on board.

Since the two deadly crashes, investigators have discovered that Boeing withheld important information about the MCAS system from pilots and regulators and that FAA oversight was sorely lacking as the agency relied heavily on designated Boeing employees during the plane's certification process.

The goal of the congressional hearings was to shed more light on Boeing's flawed design of the Max and to put a crucial question to the top executives at the company: What did you know about flaws in the MCAS system and when did you know it?

Here are three new things we learned during the two days of hearings about what Boeing knew and when:

1. Boeing knew MCAS had a problematic single point of failure two years before Max was cleared to fly

It appears that one of the most glaring missteps in the design of the new flight control system was relying on information from just a single angle of attack (AoA) sensor for MCAS to activate. AoA sensors are small vanes on the nose of the plane that measure the pitch of the aircraft as it moves into the headwind. If the the AoA senses the plane is pitched up too high, MCAS will automatically and repeatedly force the nose of the plane down. And that's exactly what happened to both planes that crashed, except the sensor was wrong. Indonesian investigators found a Lion Air maintenance crew installed a new faulty AoA sensor the day before the doomed flight, and failed to recalibrate it and test it.

Experts say relying on just one sensor for a safety-critical system is unheard of in aviation engineering.

The House Transportation Committee released a redacted email during Wednesday's hearing showing Boeing knew this was a potential problem back in 2015, two years before the plane was cleared to fly by the FAA and three years before the first Max plane crash, as one engineer raised concerns about relying on just one sensor to trigger the system, writing, "Are we vulnerable to single AOA sensor failures with the MCAS implementation or is there some checking that occurs?" 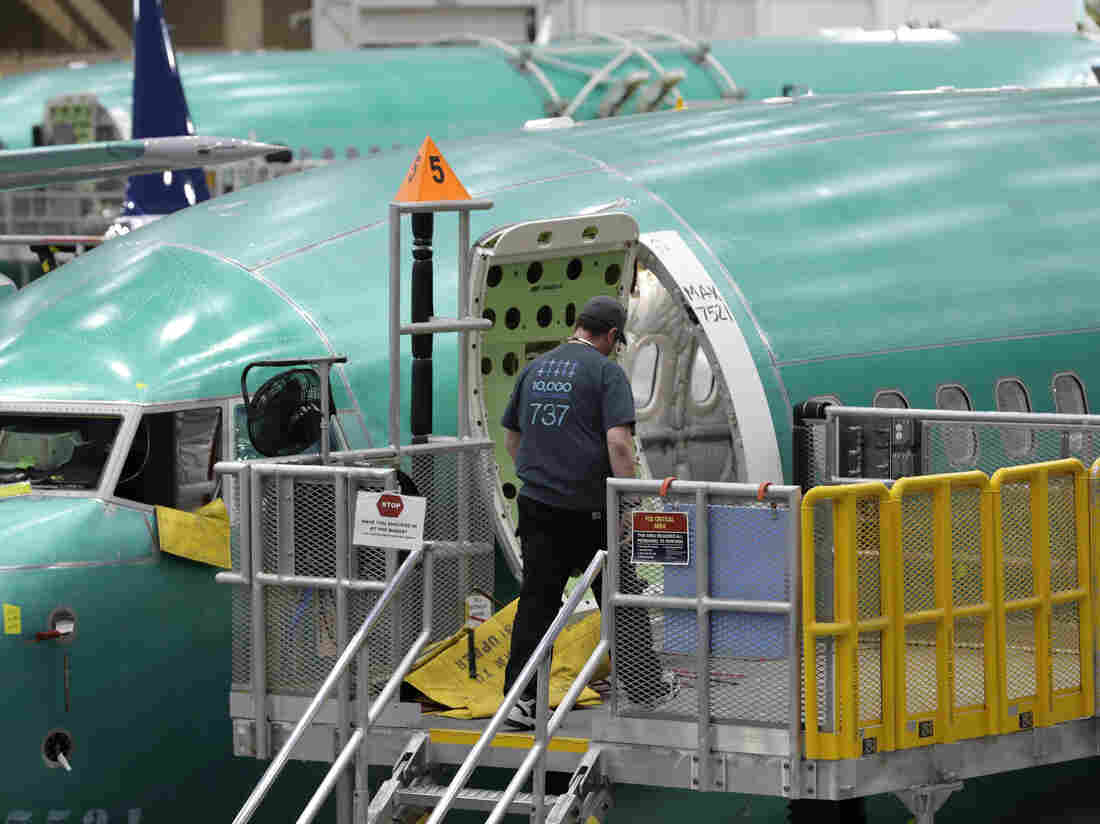 A Boeing 737 Max 8 airplane is shown on the assembly line during a brief media tour of Boeing's 737 assembly facility. The plane has been grounded since March, when the second of two deadly crashes involving the aircraft occurred. Ted S. Warren/AP hide caption 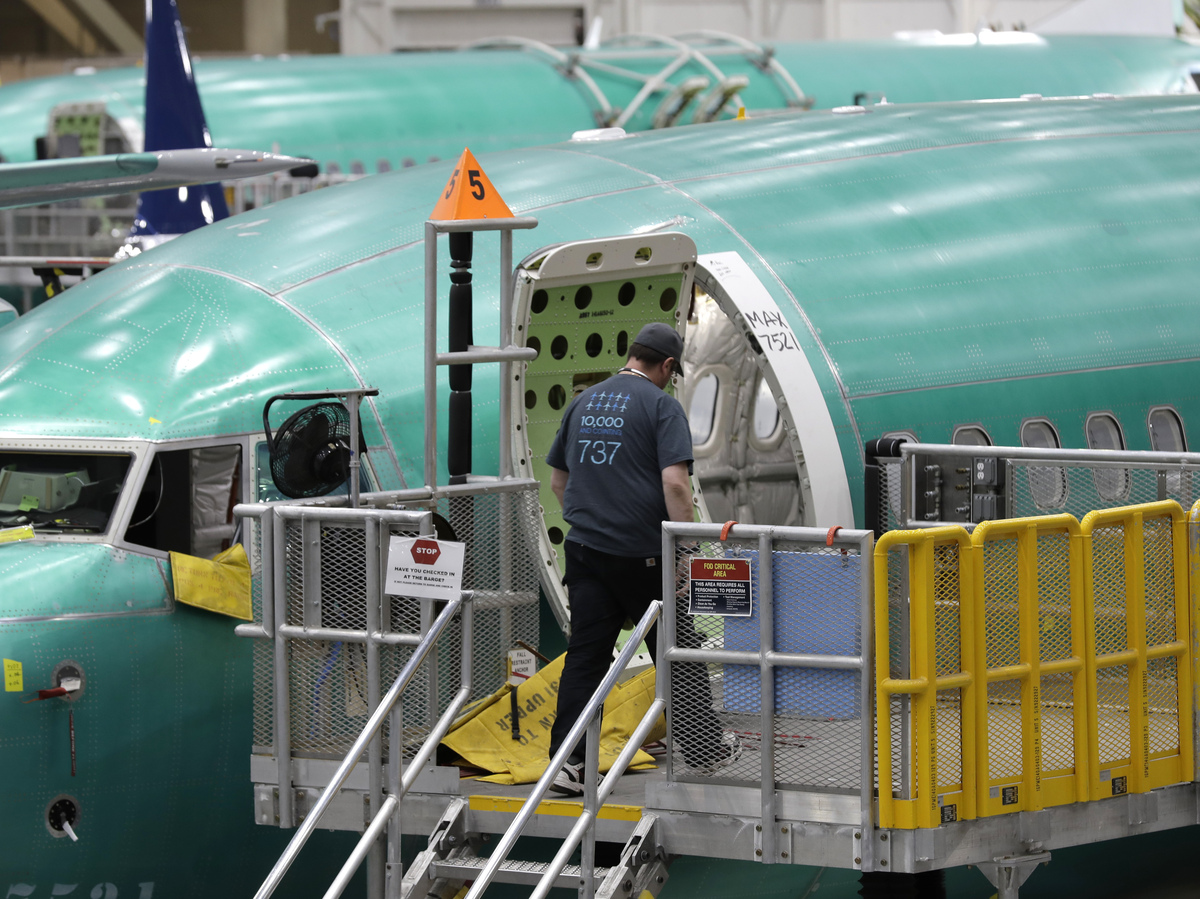 A Boeing 737 Max 8 airplane is shown on the assembly line during a brief media tour of Boeing's 737 assembly facility. The plane has been grounded since March, when the second of two deadly crashes involving the aircraft occurred.

Despite the concern, Boeing decided to stay with the single-sensor design, with no backup to prevent MCAS from forcing the plane into a nosedive.

Asked if he received the email and if he responded to it, Boeing's chief engineer for airplanes, John Hamilton, told the committee he only recently became aware of it. And he insisted the message shows that the culture at Boeing has not become one that puts profits over safety but encourages employees to speak up.

"I think it highlights our engineers do raise questions, in an open culture. They question things," Hamilton said, adding the company "followed our thorough process," in addressing such concerns before the chair of the committee, Oregon Democrat Peter DeFazio, cut him off.

2. Boeing knew its assumptions about pilot reactions to MCAS could be wrong

Boeing developed MCAS around the assumption that if the system activated erroneously, pilots would recognize that in four seconds, and would know how to cut off the system, even though the company never told pilots the system existed. Boeing persuaded the FAA that the system was relatively benign, running only in the background, and therefore didn't need be included in training and flight deck manuals.

"I've talked to a lot of pissed off pilots," Transportation Committee Chair Peter DeFazio, D-Oregon, told Boeing CEO Muilenburg at the hearing Wednesday. "They said, 'We were the backup system? How can we be backup if we don't know something's going to take over our plane?' "

Now there is evidence that several months before the first 737 Max plane crash, Boeing knew that some pilots would need 10 seconds or longer to figure out what was happening, and taking that much time to react could have "catastrophic" results.

DeFazio released a document showing that in June of 2018, after airlines had begun flying the new 737 Max planes, but months before the Lion Air crash, Boeing employees were raising concerns about how much time it would take for pilots to react to a potential MCAS failure. The document, called a "coordination sheet" and dated June 11, 2018, suggested some pilots would take more time than four seconds to react, and, "A slow reaction time scenario, (greater than) 10 seconds, found the failure to be catastrophic." 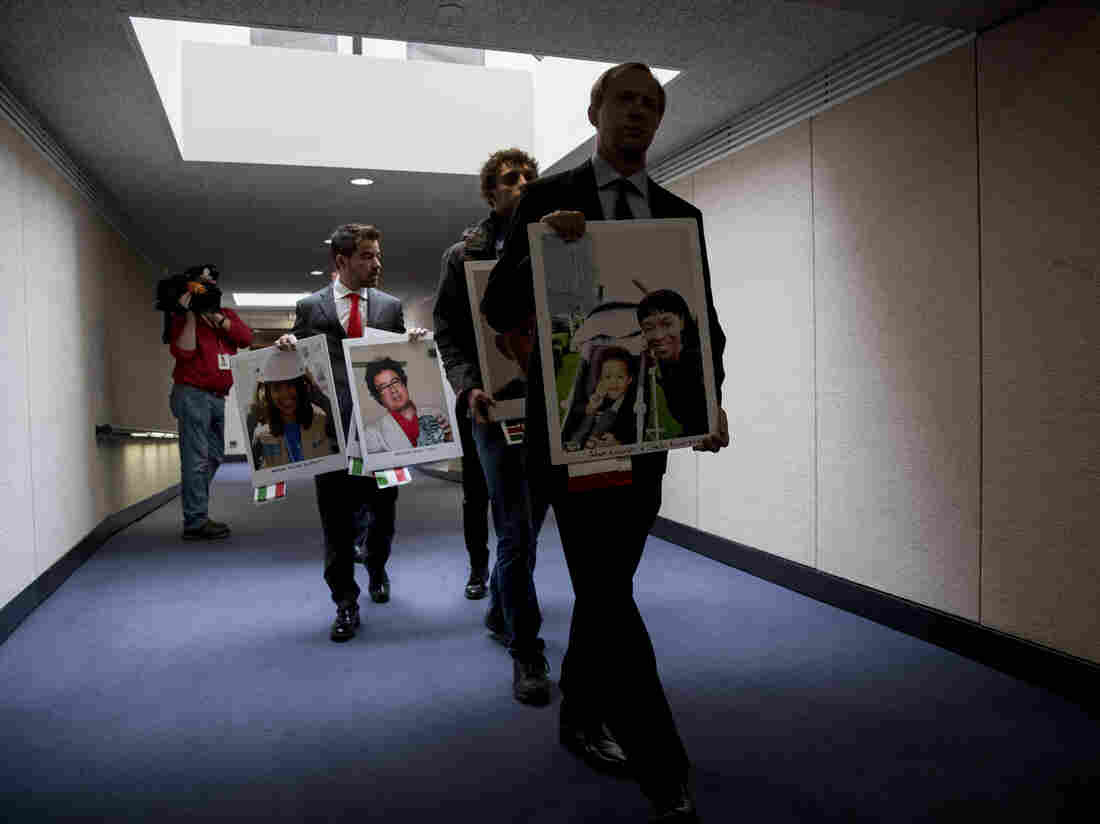 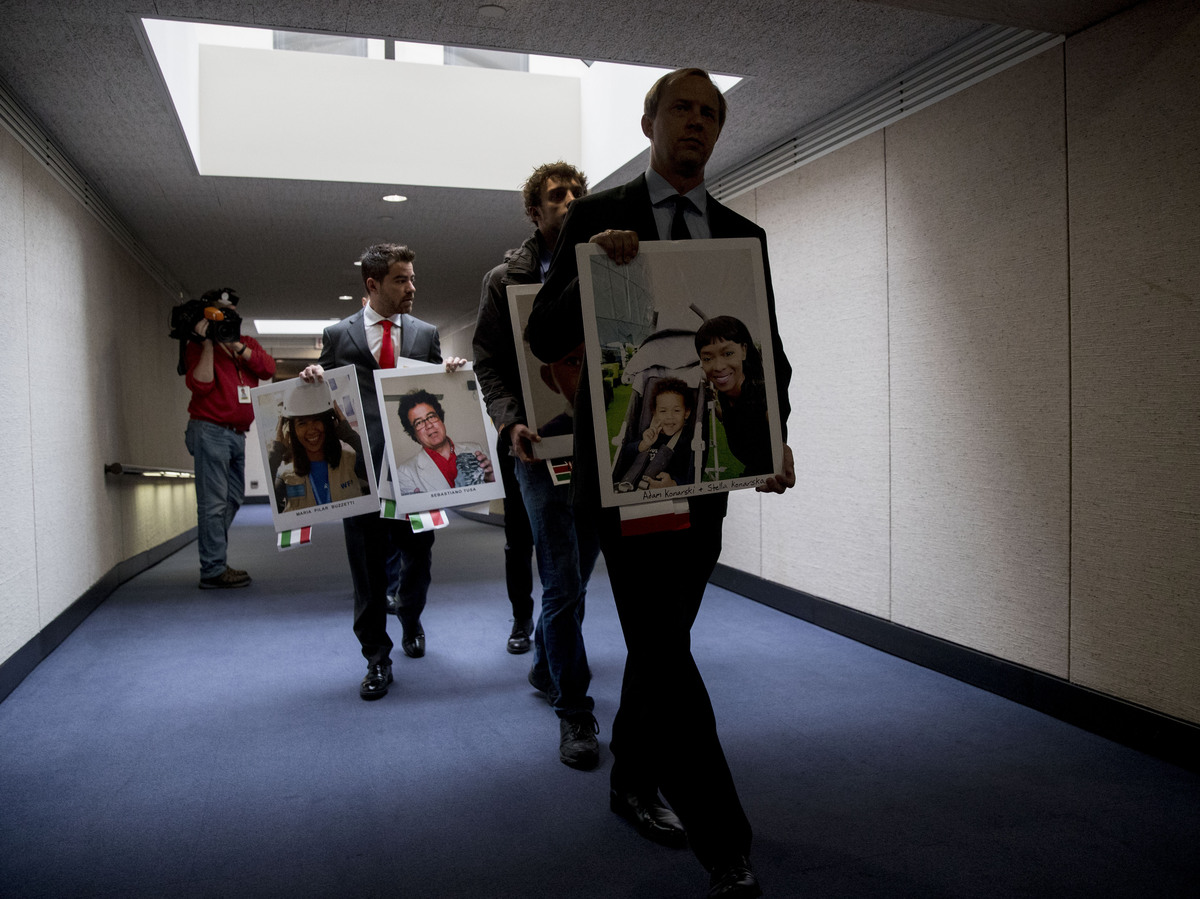 Family members brought photos of those lost in Ethiopian Airlines Flight 302 and Lion Air Flight 610 to the hearings, and met with Muilenburg afterward.

A recent NTSB report found Boeing was wrong in its assumptions and underestimated how long it would take pilots to react to such a failure in the cockpit, especially since the flight crew would be bombarded with multiple alerts blaring, lights flashing and the control stick shaking.

Muilenburg told lawmakers he could not speak to that specific document but admitted "we made some mistakes on MCAS," and the company is now "revisiting these decades-long industry standards" on reaction time assumptions.

3. After the first crash, Boeing knew of internal MCAS concerns but refused to ground Max planes

In one of the most explosive exchanges during the two days of hearings, Muilenburg acknowledged that after the first crash and before the second, he knew about internal messages between technical pilots at the company from 2016 that discussed "egregious" problems with the MCAS system. But he told lawmakers he didn't fully read the messages. He turned them over to company lawyers and only recently became fully aware of their content.

"You're the CEO, the buck stops with you," Cruz shouted. "How did your team not put in front of you, run in with their hair on fire saying, 'We've got a real problem here'? How did that not happen and what does that say about the culture at Boeing? How did you not, in February, set out a nine-alarm fire to say, 'We need to figure out exactly what happened'?"

Wisconsin Republican Ron Johnson also pressed Muilenburg on why the company didn't agree to ground the plane after the first crash in Indonesia, when the company knew the MCAS system played a significant role in bringing the plane down.

"Senator, I think about that the decision over and over, every day," a somber Muilenburg responded. "If we knew everything back then that we know now, we would have made a different decision."

But evidence uncovered at the two hearings suggests the company did know enough to at least question the safety of continuing to fly the 737 Max, and had Boeing made a different decision and grounded the plane, the second crash in Ethiopia would never have happened, saving 157 lives.