Accessibility links
A UFC Brawl Is Not The Best New York Could Offer President Trump President Trump has chosen to attend Saturday's Ultimate Fighting Championship over the many other things to do in New York, such as comedy shows, jazz performances and live theater. 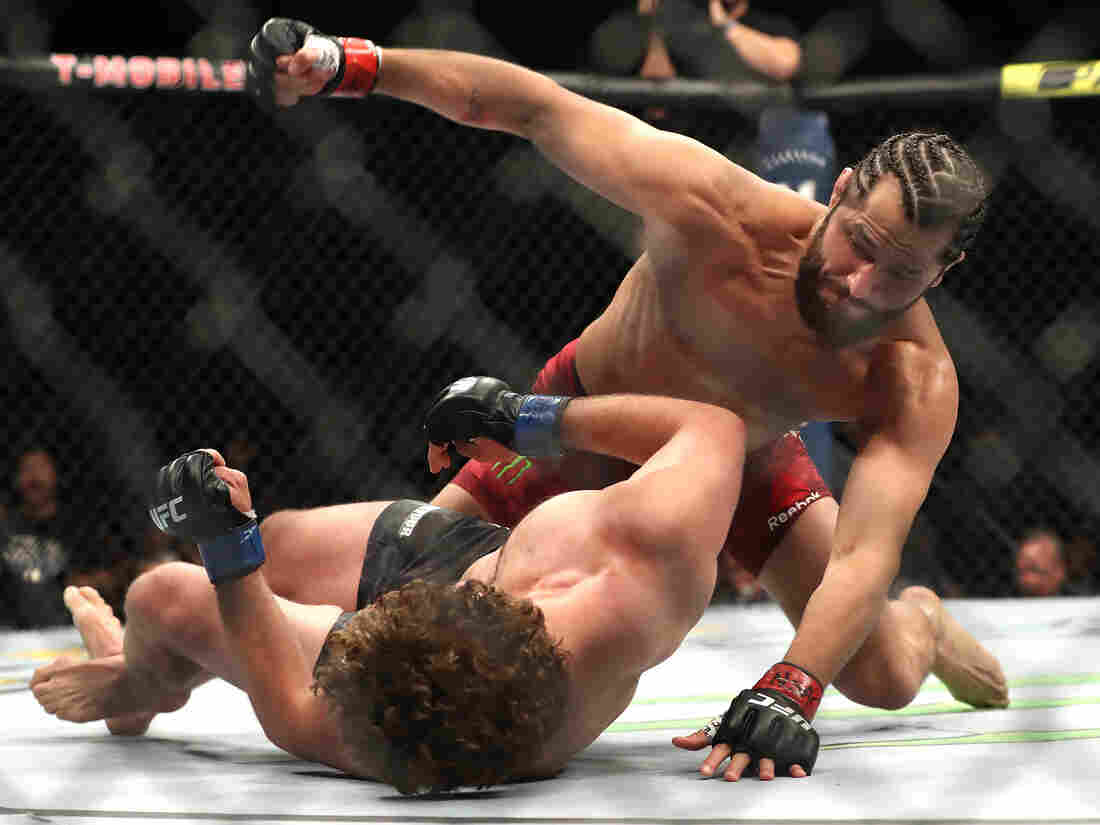 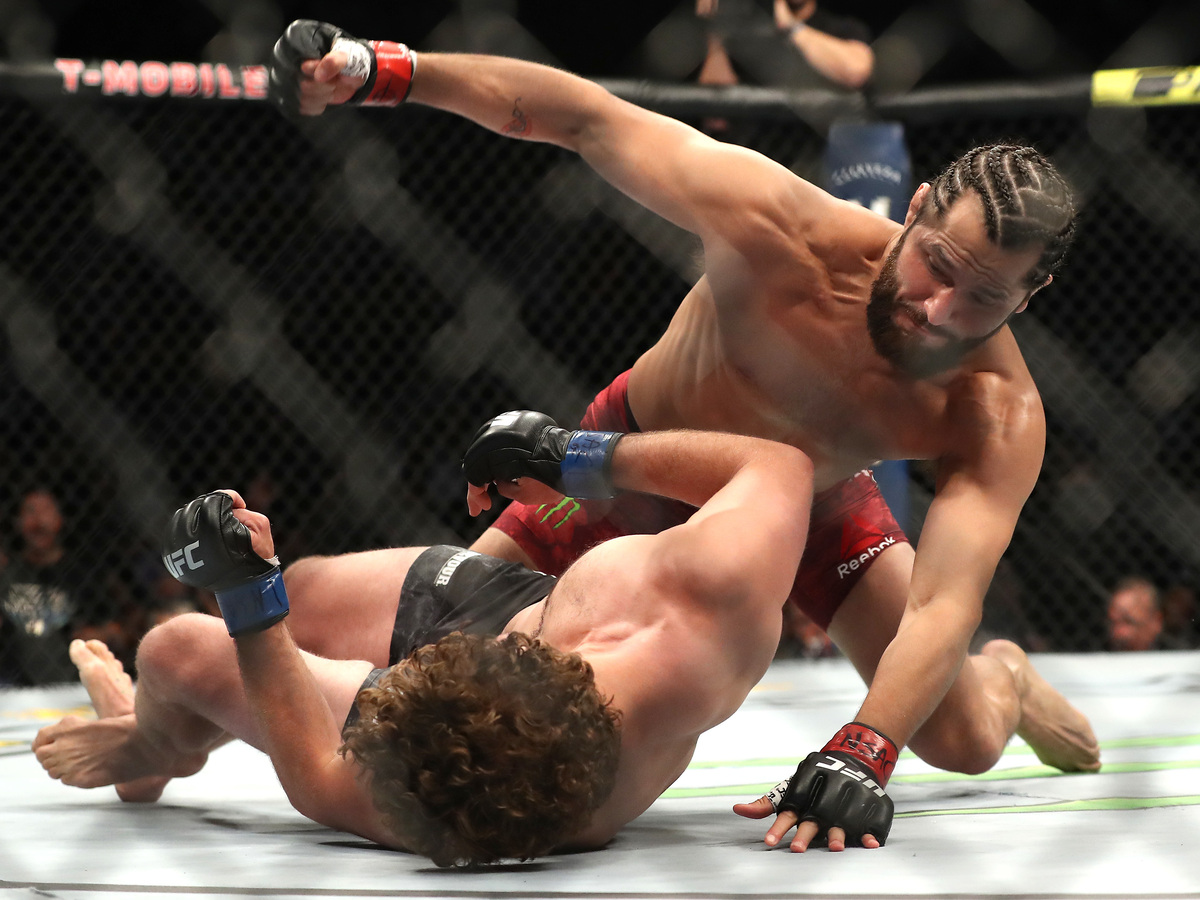 The winner gets a belt embellished with the initials BMF, which does not stand for Best Mocha Frappe.

Mr. Trump is not expected to be booed at Madison Square Garden, as he was at a World Series game earlier this week. The president is a fan and used to book MMA events at his casino in Atlantic City.

Millions of people all over the world, from all backgrounds, watch mixed martial arts. I would wager there may not be much crossover between the UFC audience and NPR's, although no doubt each could learn from the other.

UFC fans cheer for maneuvers like the ground and pound, the flying knee and the guillotine choke. NPR's audience gets choked up about tote bags, Tiny Desk concerts and Terry Gross.

But mixed martial arts are not burlesque, like pro wrestling, where actor-athletes like Epico Colón and Ember Moon play characters that hurl and hurt each other according to a script. Mixed martial arts is real violence. Fans will tell you how it combines boxing, wrestling, judo, capoeira and other techniques.

But all that translates into two human beings who punch, grab, kick, knee and gouge each other in a cage, even after an opponent hits the floor, to the roars of thousands.

Sen. John McCain once called MMA "human cockfighting," though he later worked with promoters to fund research into brain injury in the sport.

At least six fighters have died from MMA matches since 2006. That's actually fewer deaths than boxing, or high school football. But a spectator sport doesn't have to be deadly to be damaging.

A president, like any of us, is free to enjoy any entertainment or diversion. But what they choose draws attention.

There is so much to do this weekend in New York: a food fest in Little Italy; Dia De Los Muertos at the Green-Wood Cemetery; comedy clubs, jazz joints, and plays; the New York Cat and Dog Film festivals; and the New York City Marathon on Sunday, where athletes will use their feet to run, not kick someone in the chest. There are lots of ways to enjoy a weekend in New York without cheering for anybody's bodily harm.