Accessibility links
Whistleblower Offers To Answer Written Questions From House Republicans An offer has been made to the House Intelligence Committee to open a direct channel between the whistleblower and Republicans as long as the questions do not compromise the individual's identity. 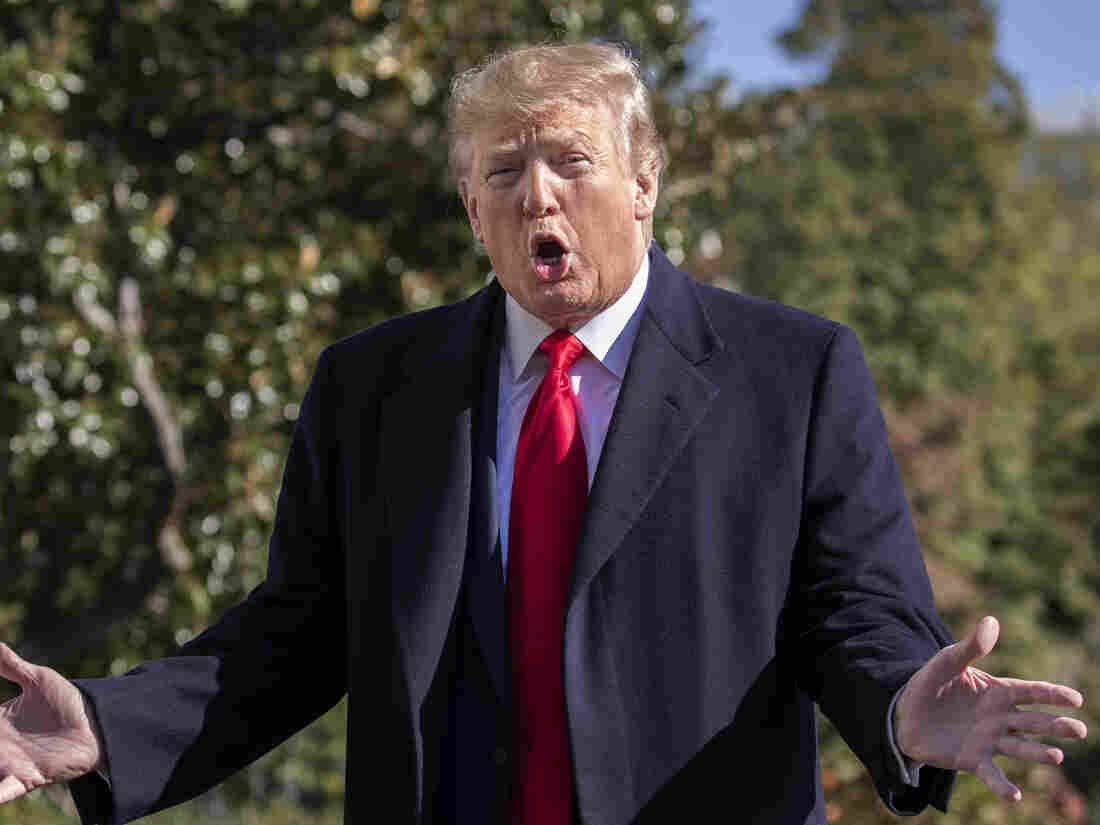 President Trump speaks to reporters upon arrival at the White House in Washington on Sunday. He called on reporters to publicly reveal the name of the whistleblower who set off the impeachment inquiry. Manuel Balce Ceneta/AP hide caption 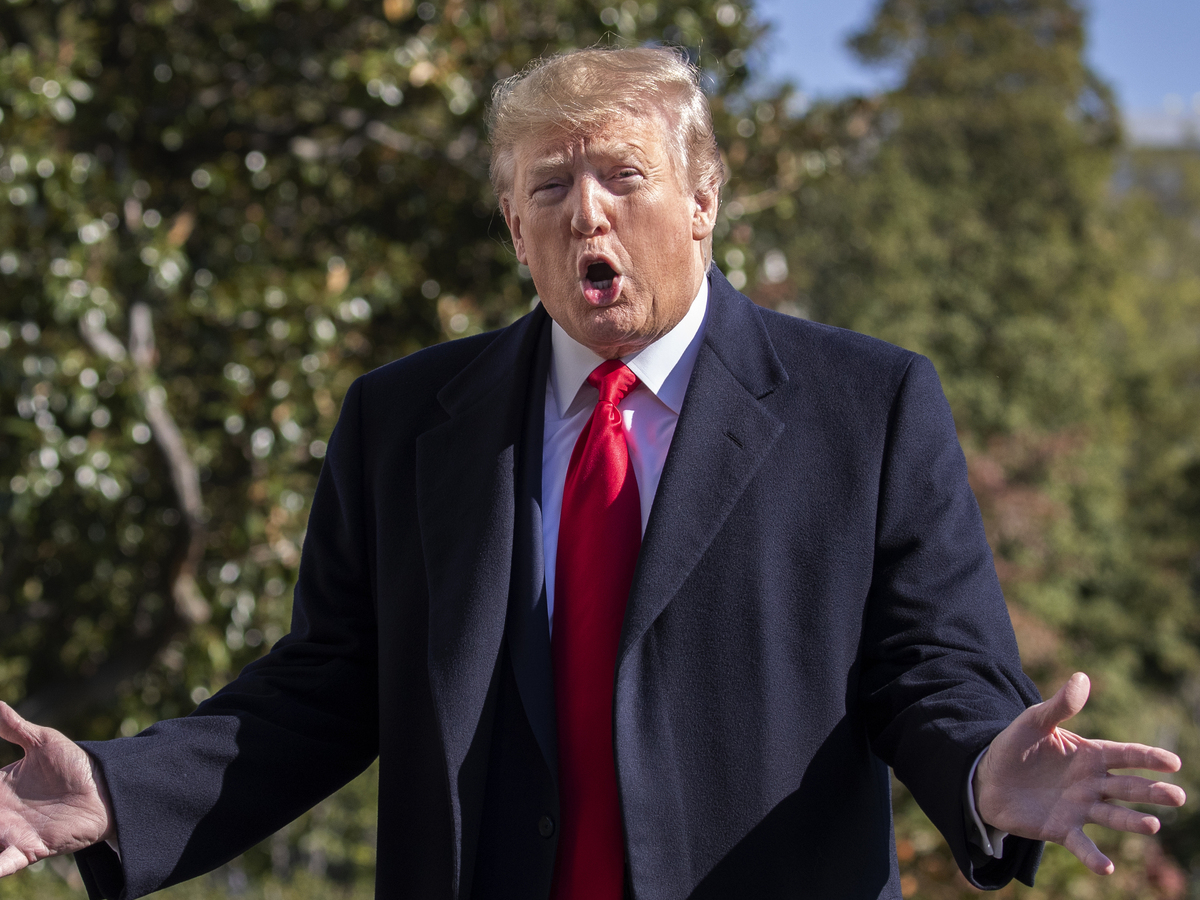 President Trump speaks to reporters upon arrival at the White House in Washington on Sunday. He called on reporters to publicly reveal the name of the whistleblower who set off the impeachment inquiry.

The anonymous whistleblower whose complaint prompted the impeachment inquiry into President Trump has agreed to answer written questions under oath from House Republicans. The offer came as President Trump called on Sunday for news organizations to identify the name of the whistleblower.

Mark Zaid, an attorney for the whistleblower, confirmed to NPR that an offer has been made to the House Intelligence Committee to open a direct channel between the whistleblower and Republicans as long as the questions do not compromise the individual's identity. All of the whistleblower's answers would be made under penalty of perjury.

It is not clear, however, whether Republicans will take Zaid up on the proposal.

"When you're talking about the removal of the president of the United States, undoing democracy, undoing what the American public had voted for, I think that individual should come before the committee," said McCarthy. "He needs to answer the questions."

"Being a whistleblower is not a partisan job," Zaid tweeted on Sunday. "Nor is impeachment an objective. That is not our role."

News of the whistleblower's offer to provide written testimony came three days after the House voted to formalize the impeachment inquiry into President Trump and set in motion a timetable for public hearings.

Since the start of the inquiry in September, House investigators have spoken to roughly a dozen witnesses about the president's efforts to pressure the government of Ukraine.

According to a White House summary of the now infamous July 25 call, Trump asked Ukrainian President Volodymyr Zelenskiy for help investigating unsubstantiated allegations of corruption against former Vice President Joe Biden and his son. The president also sought assistance investigating a debunked conspiracy theory accusing Ukraine of involvement in the 2016 hacking of the Democratic National Committee — an attack U.S. intelligence has traced to Russia. The call took place as nearly $400 million in U.S. aid for Ukraine was up in the air.

Trump has repeatedly denied any wrongdoing or a "quid pro quo."

"The whistleblower gave a very inaccurate report about my phone call," Trump said on Sunday. "My phone call was perfecto."

In recent days, Republican allies have escalated their attacks on the impeachment process, decrying a process they say is unfair to the president and lacking in transparency. Some of the president's allies are also now openly speculating on the identity of the whistleblower.

On Sunday, Trump pleaded with the news media to disclose who the whistleblower is, arguing that the person's account of Trump's call with the president of Ukraine is incorrect.

Federal law protects whistleblowers in the intelligence community from retaliation and shields their identity, as long as they follow procedure to ensure that classified information is not divulged.

The whistleblower's legal team has maintained that disclosing their client's name places the individual and their family in physical danger.

House Democrats involved in the impeachment proceedings have said that the whistleblower's testimony is no longer critical to the inquiry, since the account has now been confirmed by former White House aides and other witnesses before the three committees leading the investigation.