Accessibility links
Singer Allison Moorer Finds Healing From Her Parents' Murder-Suicide On 'Blood' More than three decades after the death of her parents, Moorer has a new memoir and companion album, both called Blood, about her abusive father and the emotional scars of being orphaned at 14. 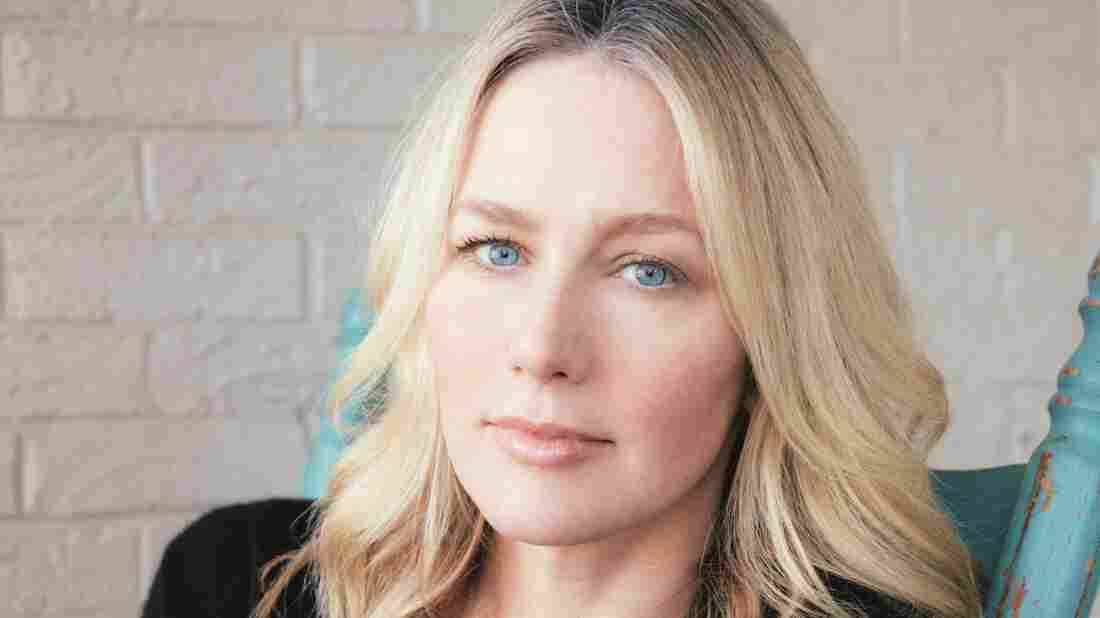 Allison Moorer's music has been nominated for an Oscar, a Grammy and an Academy of Country Music Award. Heidi Ross/Da Capo Press hide caption 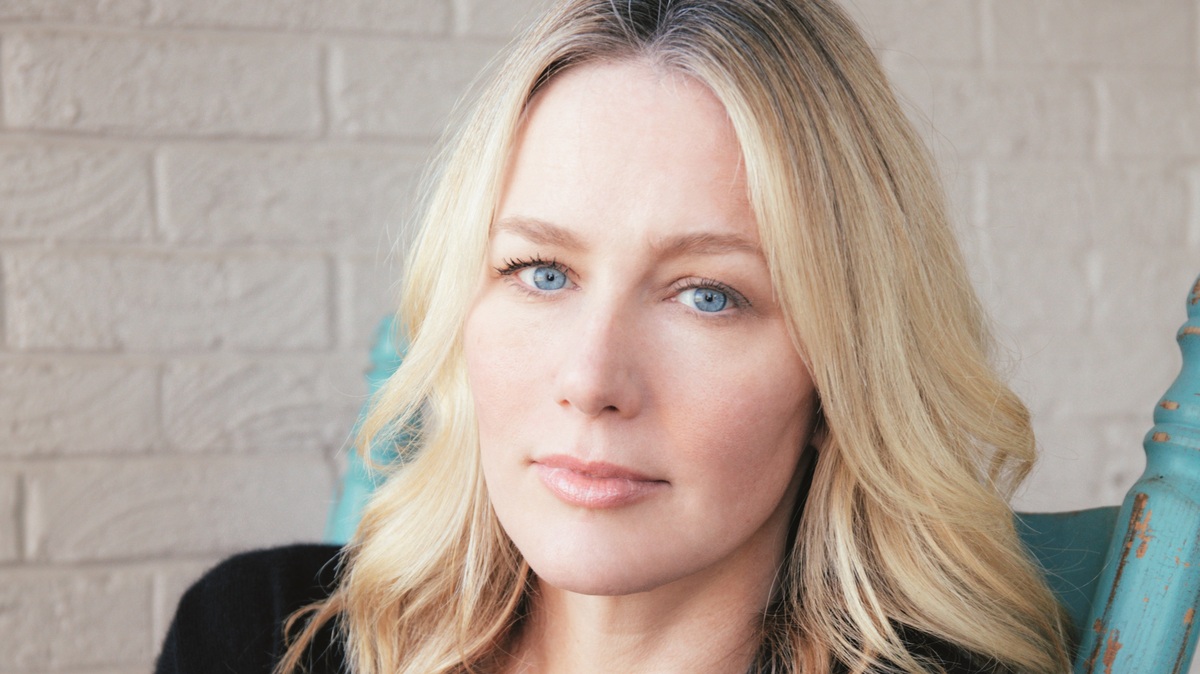 Allison Moorer's music has been nominated for an Oscar, a Grammy and an Academy of Country Music Award.

Singer-songwriter Allison Moorer was 14 years old when her father shot and killed her mother — and then himself. Moorer and her older sister, singer Shelby Lynne, were left to live with their aunt and uncle.

For a long time, Moorer avoided talking publicly about the incident. She wrote the song "Cold, Cold Earth" about her parents' deaths, but she buried it as a secret track on her 2000 album, The Hardest Part.

"I had in my mind if I wrote a song about it, it would answer the questions that everyone had, but I still wasn't ready to even do that in a real open way," Moorer says.

Now she's ready. More than three decades after her parents' deaths, Moorer has a new memoir and companion album, both called Blood, about her childhood in Alabama, her abusive father and the lingering emotional scars from the murder-suicide.

"So much of this book, for me, was about looking at what happened then and what it produced in me as an adult," Moorer says. "A lot of these things, I've had to try to unlearn. Some of these things, I will never unlearn."

Hear the full Fresh Air interview at the audio link, including songs from Blood, and read on for interview highlights, which have been edited for length and clarity. 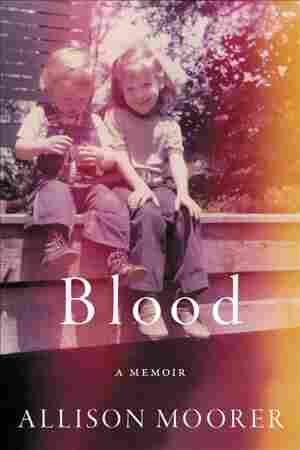 Why was my mama wearing her winter housecoat instead of her summer housecoat? It was August. So her winter housecoat was navy blue velour. And I think, well, that's just one of those God things, because that covered up more of the physical damage. It was less visible because of the dark color of her housecoat. Other things that really got to me were when what my father was wearing is described. I remember everything. I remember those clothes. I remember the shoes. He was wearing a black sock and a blue sock, and that just floored me. It just floored me. And it is such an indication of "I don't care about myself. I do not care about myself enough to wear a pair of matched socks." And it just makes my heart break for him to know that he was in such despair.

On how her mother would react to her father's abuse

I do not know how often he was physically violent with her. I can't imagine what went on behind closed doors and how he terrorized her. She had a habit of biting her fingernails, and I saw him dozens of times knock her hand out of her mouth with his hand, just sort of slap it away in this very violent way. Those are things that he did in front of us. I talk about in the book looking out the kitchen window one day and seeing him kick her in the thigh. She had this giant bruise the next day.

It's interesting to me — and this is one of the things that I've tried to figure out — because she presented herself to the world as a feisty person. She was not someone that you would have wanted to mess with, because she had a very quick wit and she could come up with a retort that would flatten you. So why she cowered with him, I'm not sure, but what we did not hear was much response from her during these times, when we would be in our bed and listening to him verbally abuse her. We didn't hear them going at it. She was not one of those women who could give as good as she got.

On feeling afraid all the time because of her father's abuse

The thing about growing up like that is your foundation is so unsteady. He was a person who could make you feel like you were the only person [in the world] because his smile was incredible. His laugh was contagious. He was smart. He was charismatic. He was talented. So when he turned his attention to you and made you feel like you counted, it was such a relief. But what came with that was, "Oh God, it's going to end. When is it going to end? I have to prepare myself for this moment to end." And it usually ended it pretty quickly. The cloud came back. So living like that, you're constantly nervous.

I'm pretty sure he did not live his life as a person who never thought about us. I know that he did. I also know that he made many of his decisions with seemingly no regard for his family. He was sick. He was quite possibly mentally ill. I think it's safe to say that this decision was not one that was made with a clear head. That's one of the reasons why I got the autopsy reports. I wanted to see what his alcohol level was. And that's not to say that, if he had been sober, he wouldn't have made the same decision, because I think he did just break at this point.

On finding a song her father wrote titled "I'm the One to Blame," which Shelby Lynne put to music for Blood

Shortly after they died, my sister found this lyric in an old briefcase of his, and he would have been 25 or [26] when he wrote it. The lyric is "I'm the one to blame / But I've paid the cost / Time has made me see just how much I lost / Jealousy and pride drove me to my shame / I'm so sorry, dear, but I'm the one to blame."

"Sorrow took the pride / I'll take the blame" — that's the line that blows me away. That is such a despondent line, and it reveals so much. I have no idea what his intentions were for this song. I never heard him sing it. I have no recollection of the song at all. So to find it after he died was just, it shook us to the core.

In typical survivor fashion, my sister thought, "That's pretty good. I think I'll put music to it!" And she did, and she put great music to it. Neither of us have ever recorded it, but I thought this album was a perfect opportunity to do so. I wanted him to have a voice. I wanted to say, finally, "Here you go, Daddy. You get to be heard."

On singing at home with her 9-year-old son, John Henry, who has autism and is nonverbal

It is interesting that both of his parents are highly verbal people. John Henry did develop words. He was about a year old when he started to say words. And by the time he was 17 months old, they started to go away, so I got a very small window of time when I was able to hear his voice. He has some sign language now. He has a program on his iPad which enables him to make choices, and he sings melodies.

I don't necessarily go to him with songs to sing to him unless it's something that just pops in my mind. I want to hear what he's singing so that I can sing with him. I'm always prompting him to communicate, so that means that I wait for him to sing a tune so I can see what he's gonna do before I join in with him. [Music] is a language after all, and it's the universal one.

On deciding to have a family, despite her traumatizing childhood

I've always known I had a ton of baggage — and I knew that if I did decide to have a child, I was going to have to be really careful — but I'm not sure that I knew, at the time I got pregnant with him, just how deep it was [and] how it affected me.

I did not want to have a child unless I could provide that stability. I didn't want him growing up feeling like I did. So I wanted to be stable, and stability is a bit of an illusion, and it can also change at any time. ... Not only [is stability] what he needs as a person with autism, but I think it's what I need to provide for him considering what I've been through. He needs calm; he needs routine; he needs to know that he can depend on certain elements of life being there. I admit that I have spoiled him to death and probably have given him everything he wants. The main thing I've tried to do is make him feel safe and loved and [to] be there on time.

On writing the song "Heal"

It's an absolute prayer. I absolutely believe in God, and I believe in God more now than I've ever believed in God. I wrote, in this memoir, this prayer I used to pray: "Please, God, don't let Daddy hurt Mama." I would pray it, and pray it, and pray it, mostly at night waiting on her to come tuck us in. I didn't pray for a long time after they died. I don't know what that means other than maybe I thought it was useless. I was too angry. I was not in a place where I felt close to my own spirit. But as I've gotten older, I've realized what an important part of life that is — to have a relationship with your spiritual self and what a comfort that is — because having faith that life unfolds as it should, whether or not we agree with the way it unfolds, is a source of peace and comfort.

Heidi Saman and Joel Wolfram produced and edited the audio of this interview. Bridget Bentz, Molly Seavy-Nesper and Cyrena Touros adapted it for the Web.