Accessibility links
Apple Pledges $2.5 Billion To Combat California's Housing Crisis The plan includes $1 billion for a mortgage assistance fund for first-time homebuyers in the state, and $1 billion for an open line of credit to develop "very low- to moderate-income housing." 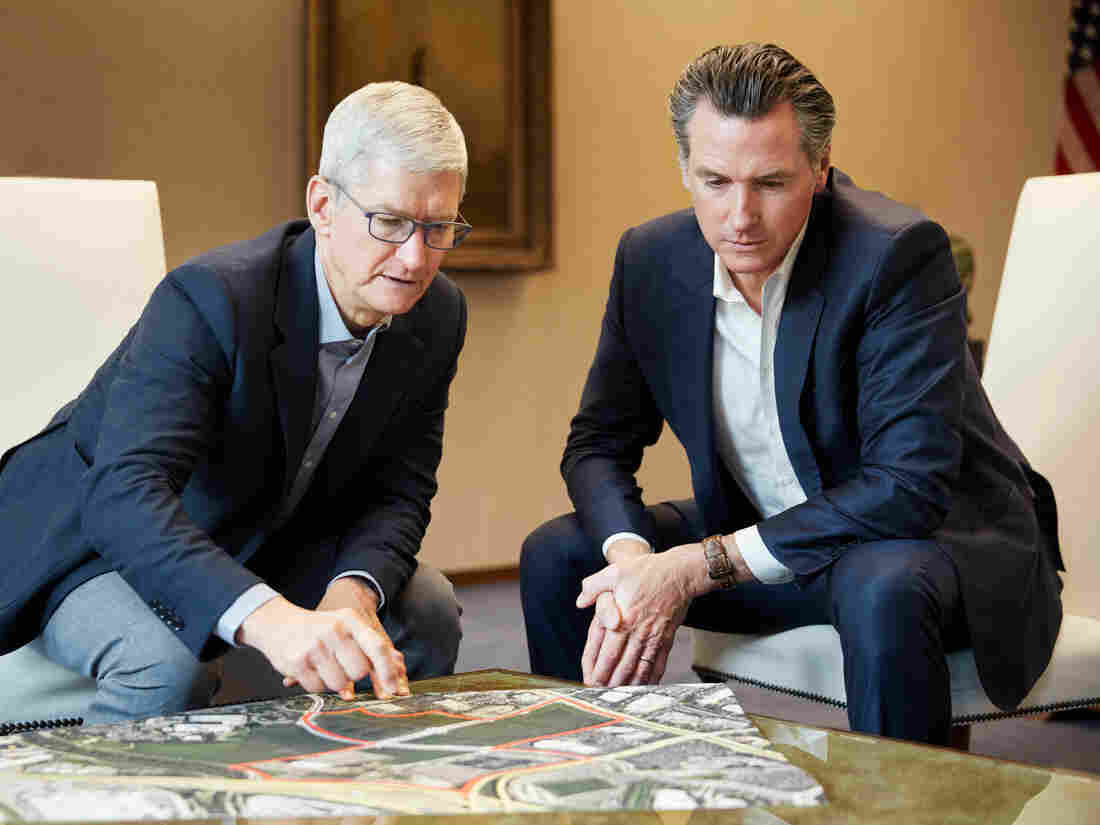 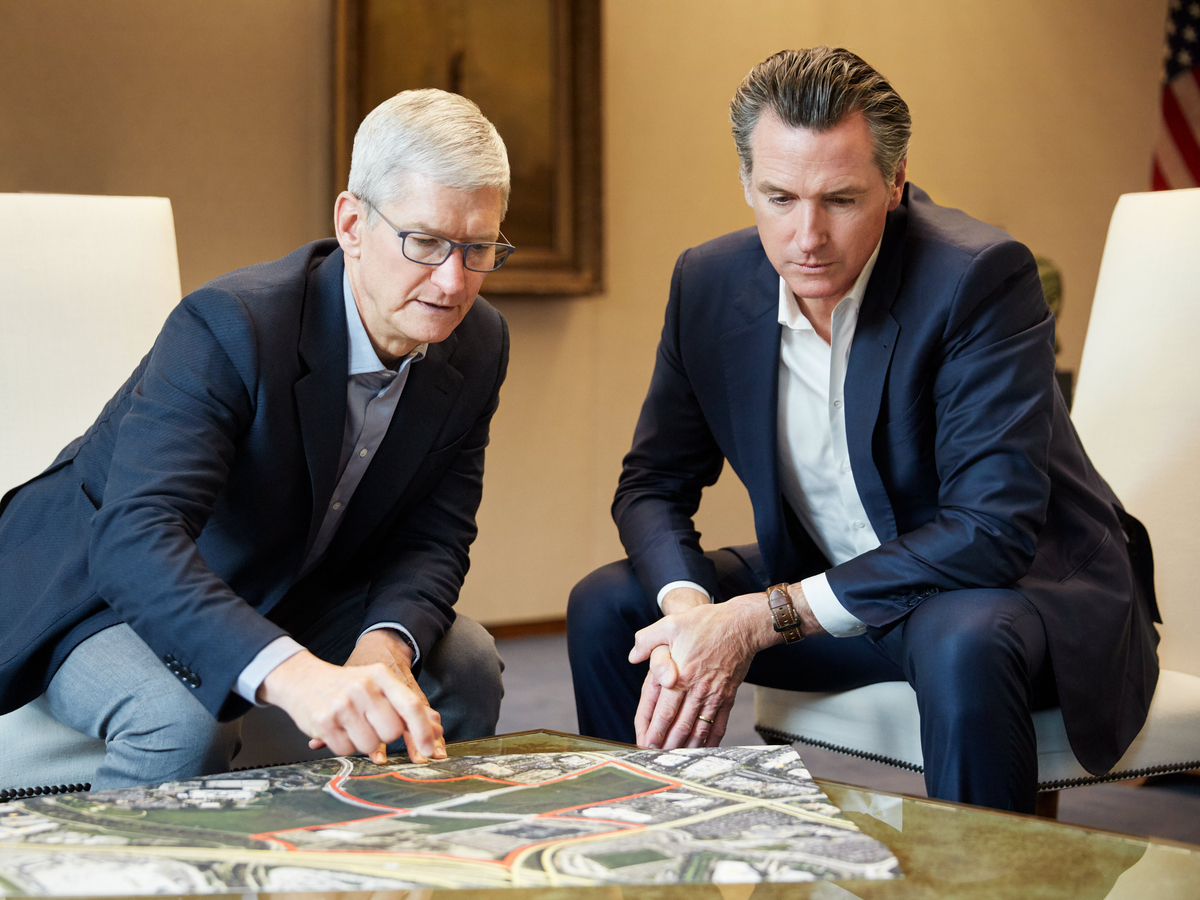 Apple is pledging $2.5 billion to confront California's housing crisis, in a bid to help the state ease a situation that's been blamed for marginalizing people in service and support jobs and creating a spike in homelessness.

"The sky-high cost of housing — both for homeowners and renters — is the defining quality-of-life concern for millions of families across this state, one that can only be fixed by building more housing," Gov. Gavin Newsom said in a statement from Apple. "This partnership with Apple will allow the state of California to do just that."

The announcement comes as California grapples with how to keep pace with growing demand — by one estimate, as NPR recently noted, the state must build more than 3 million homes by 2025.

Apple's plan includes $1 billion to create a mortgage assistance fund for first-time homebuyers, and another $1 billion that will be an open line of credit to support building "very low- to moderate-income housing," the company said.

People who want to own or rent a home in California increasingly face tight supply in high-demand areas. While the crisis has a wide reach, the struggle to find new housing at an affordable price is even more daunting for the millions of people who haven't benefited from the tech boom that has made some into billionaires.

The result is that in a state famous for nurturing innovative ideas in garages, a number of people have been living in their vehicles because of the high cost of rent — including some lower-paid tech workers. Communities from Los Angeles to the Bay Area have been criticized for banning or restricting people's ability to live in automobiles and RVs.

"Apple is committed to being a good neighbor and helping to write the next chapter of the region that has been a great home of innovation and creativity for generations," said Lisa Jackson, Apple's vice president of Environment, Policy and Social Initiatives.

Some 45% of California residents rent their homes, according to the latest figures from the National Low Income Housing Coalition. It adds that among renters, the average hourly wage is $22.79 — but to afford fair market rent for a two-bedroom home, a renter must earn $34.69 an hour.

Apple's housing offer follows large commitments from other tech giants. Both Facebook and Google have pledged $1 billion in recent months. In January, Microsoft made a $500 million investment to ease similar pressures near its headquarters in the Seattle area.

Jackson says Apple crafted its approach to match the broad reach of the housing crisis, from helping first-time homebuyers to backing philanthropies that support people who are at the greatest risk of experiencing homelessness.

California's poverty rate has fallen in each of the past five years, according to the latest American Community Survey report from the U.S. Census Bureau. But the state's income inequality rate is also one of the worst in the U.S., that same report found. And of all the states that had higher than average income inequality rates in 2018, California was the only one where the income gap grew even wider last year.

"Affordable housing means stability and dignity, opportunity and pride," Apple CEO Tim Cook said. "When these things fall out of reach for too many, we know the course we are on is unsustainable, and Apple is committed to being part of the solution."

Here's the company's breakdown of the $2.5 billion in aid: