Accessibility links
California Wildfires: Kincade And Maria Almost Fully Contained The Kincade Fire to the north and the Maria Fire in the south are 80% contained and should be fully under control this week. Evacuation orders for about 190,000 Californians have been lifted. 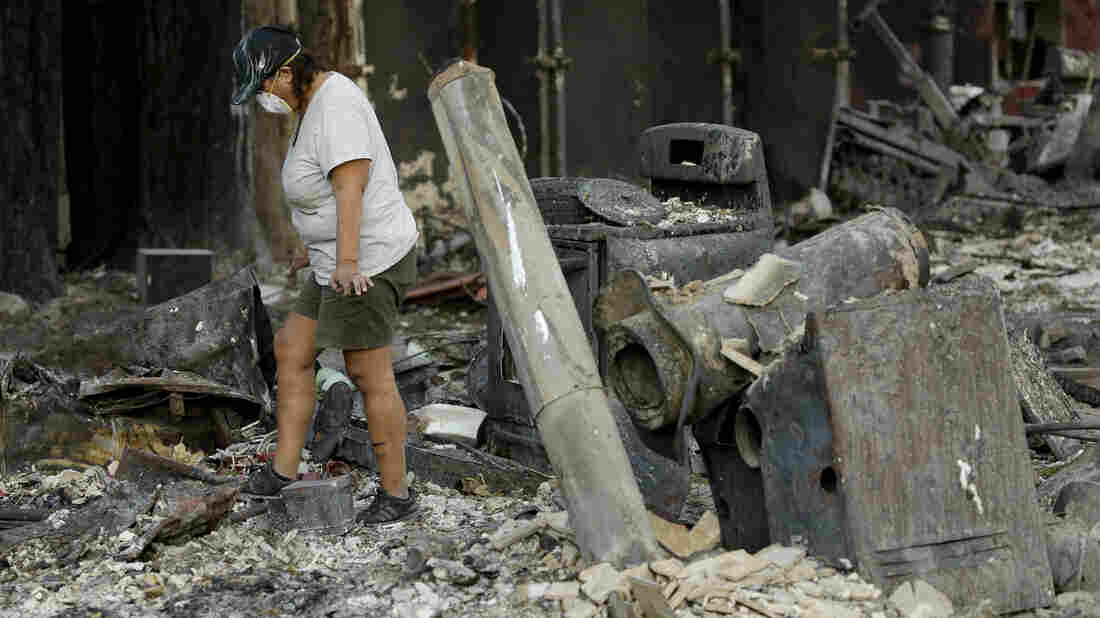 Bernadette Laos looks at what remains of her home, which was destroyed by the Kincade Fire, near Geyserville, Calif. Charlie Riedel/AP hide caption 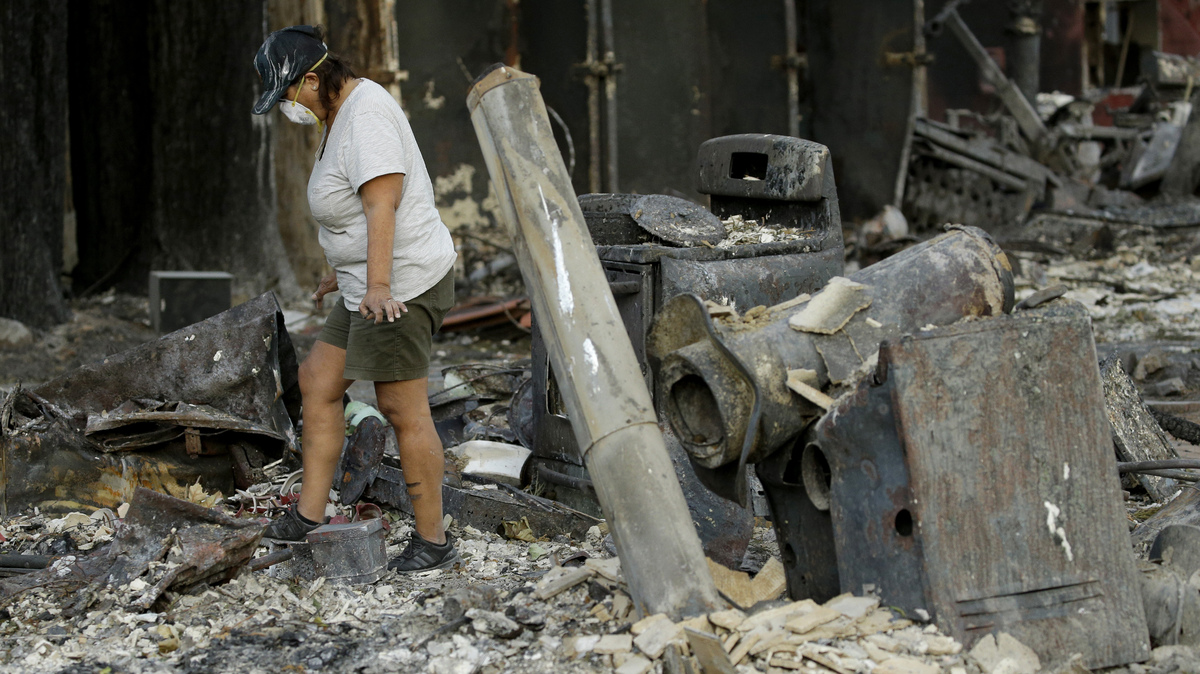 Bernadette Laos looks at what remains of her home, which was destroyed by the Kincade Fire, near Geyserville, Calif.

The massive Kincade Fire in Northern California is likely in its final days, according to state fire officials. The wildfire has raged for 11 days, burning nearly 78,000 acres — an area more than double the size of San Francisco.

Cal Fire officials announced Monday morning that the fire is now 80% contained and that they expect to have it fully under control by Thursday. Firefighters continued to make headway over the weekend, thanks to lighter winds. As of Sunday, evacuation orders had been lifted and displaced residents were allowed to return home.

The Kincade Fire forced more than 180,000 residents out of their homes. Of the 374 buildings it destroyed, 174 were residential.

The cause of the wine country blaze is still unknown. The flames broke out at 9:27 p.m. local time on Oct. 23, and utility Pacific Gas & Electric told state regulators that part of a transmission tower in the area broke before the fire began.

Officials said wind speeds and temperatures dipped Sunday and that firefighters were able to make good progress on strengthening containment lines. Like the Kincade Fire, it is now 80% contained and is expected to be fully under control by Friday.

Evacuation orders covering about 11,000 people were lifted Sunday, and all emergency shelters were in the process of being closed, according to Cal Fire. The Ventura County Office of Education said some schools would stay closed Monday so that ash could be removed. 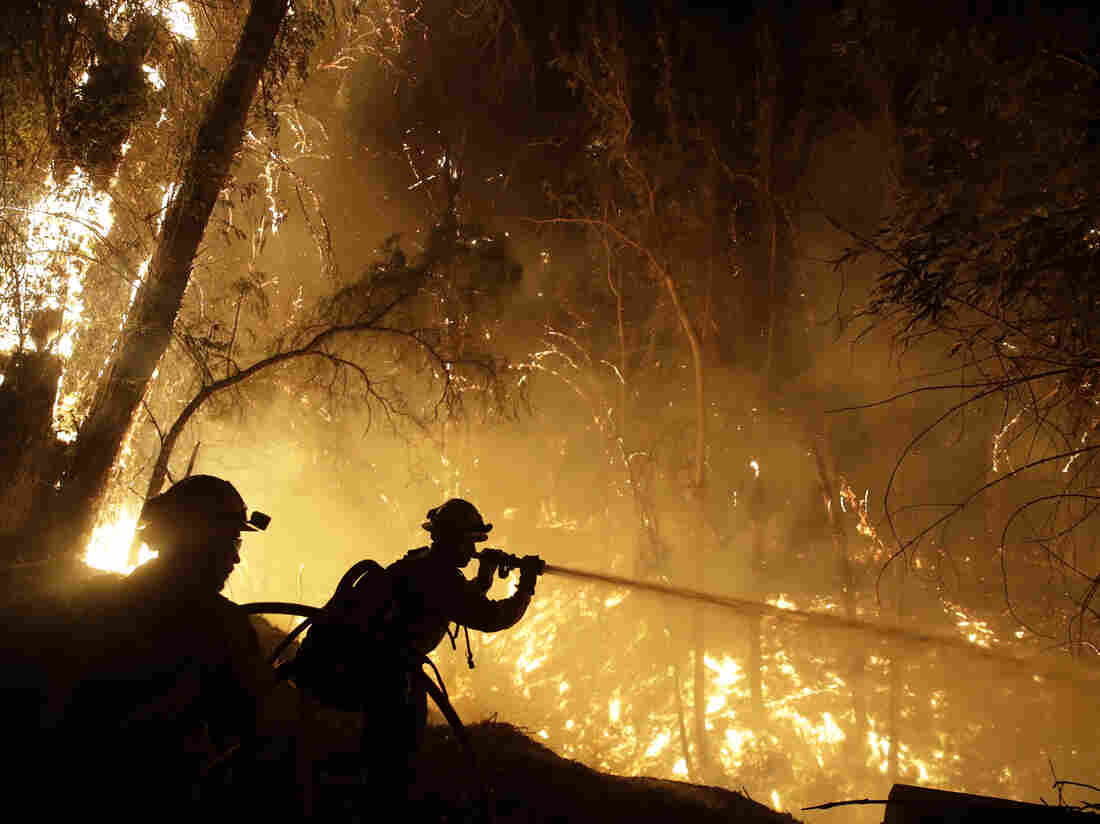 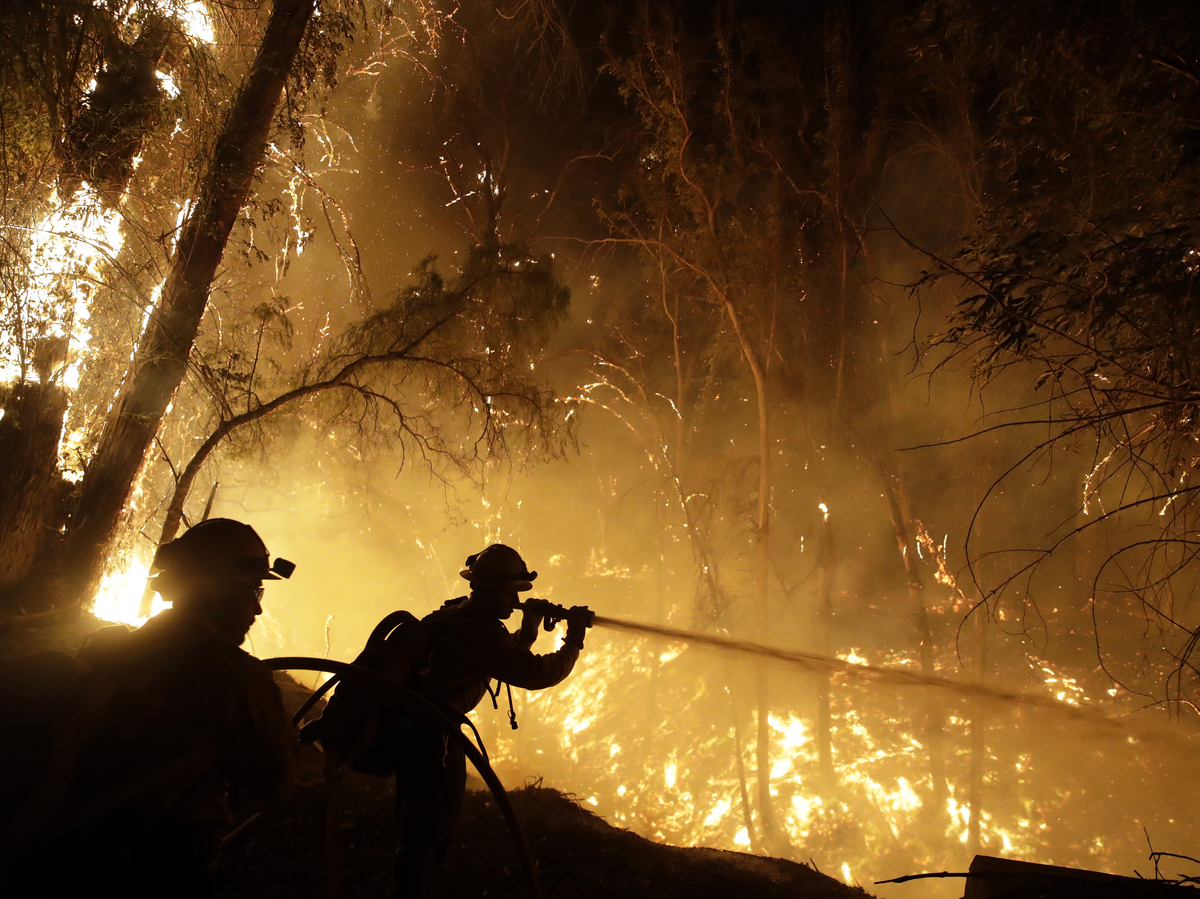 Officials are investigating the cause of the Maria Fire. The utility company Southern California Edison said it reenergized a power line near the area of the fire shortly before it started in Ventura County.

Throughout October, residents in broad swaths of California experienced planned power shutoffs intended to prevent wildfires. The first round of blackouts was in Northern California, but PG&E was criticized for inaccurate outage maps and inaccessible call centers. Hundreds of thousands of customers lost power in blackouts that started Oct. 22 — a day before the Kincade Fire — and included Sonoma County.

California Gov. Gavin Newsom has been a vocal critic of PG&E, which has filed for bankruptcy amid billions of dollars in potential liabilities over previous wildfires.

Newsom has accused the utility of mismanaging the blackouts and endangering Californians. On Friday, he called for a quicker resolution to the utility's bankruptcy case and threatened a state takeover if negotiations stall.

"It is my hope that the stakeholders in PG&E will put parochial interests aside and reach a negotiated resolution so that we can create this new company and forever put the old PG&E behind us," Newsom said in a statement. "If the parties fail to reach an agreement quickly to begin this process of transformation, the state will not hesitate to step in and restructure the utility."