Accessibility links
McDonald's Fired CEO Is Getting Millions, Putting Spotlight On Pay Gap Stephen Easterbrook got a $42 million exit package after his relationship with an employee violated company policy. In 2018, he made 2,124 times more than the median income of a McDonald's employee. 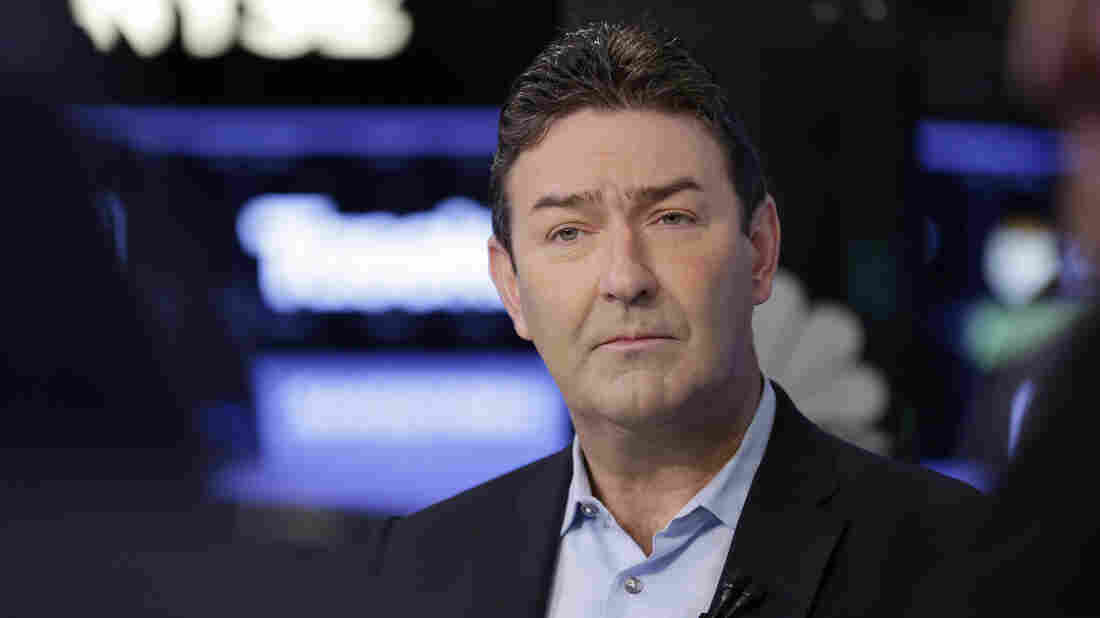 Stephen Easterbrook was fired as CEO of McDonald's after his relationship with an employee was found to violate company policy. Richard Drew/AP hide caption 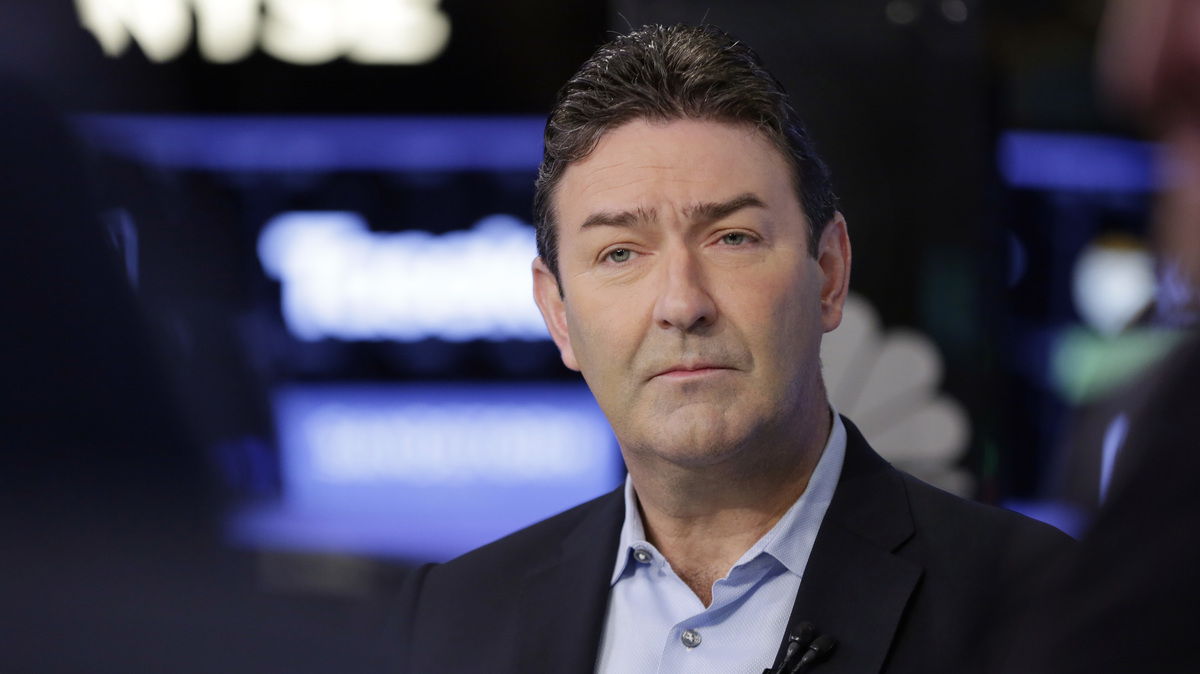 Stephen Easterbrook was fired as CEO of McDonald's after his relationship with an employee was found to violate company policy.

Former McDonald's CEO Stephen Easterbrook is getting an exit package of almost $42 million after his relationship with an employee was found to violate company policy. The size of his compensation puts a new focus on the widening gap between the pay at the top and the bottom of the corporate ladder.

According to an analysis by executive-compensation experts at Equilar, Easterbrook's exit package totals $41.8 million, which includes six months of severance pay, shares he can cash out in the future and other equity. And that amount is in addition to $23.8 million in stock options that Easterbrook can exercise now.

"Wow, he is walking away with a lot of money," says Cornell Law School professor Stewart Schwab, an expert on employment law. "And it comes out as part of the story of just, wow, [the] 1% gets a lot more money than the rest of the workers in this economy."

It's relatively unusual for a CEO to receive a severance package after being fired. But the board of directors at McDonald's determined his firing to not be for cause — a threshold that varies by company. And litigation in a protracted dispute can be tricky and expensive.

Writing to employees this week, Easterbrook said: "I engaged in a recent consensual relationship with an employee, which violated McDonald's policy. This was a mistake." No further details were disclosed, but McDonald's current policy prohibits employees who "have a direct or indirect reporting relationship" with one another from dating or having a sexual relationship.

McDonald's latest disclosures show that in 2018, Easterbrook made $15.9 million. That's 2,124 times more than the median income of a McDonald's employee — a part-time crew member working in Hungary. According to Glassdoor, a U.S. crew member at McDonald's makes an average of $9 an hour.

Protests Over Sexual Harassment At McDonald's Grow As Shareholders Meet

McDonald's did not respond to NPR's inquiries, including those about median salary in the United States.

"A big story of the income inequality and explanation for it is that top executives, and in particular the CEO, does have the exploding pay compared to the rank and file," Schwab says. "And this is an example of that."

Easterbrook joined McDonald's in 2015, and his tenure was praised by company watchers. The fast-food chain's stock price hit historic highs under his efforts to revamp both the restaurants and the menu.

But Easterbrook also presided over the company as it faced allegations of rampant sexual harassment of female employees by male co-workers and managers. (To be clear, his departure does not involve harassment allegations.)

In May, workers in 13 U.S. cities staged protests against low pay and the company's handling of alleged sexual harassment. In recent years, dozens of McDonald's workers have filed sexual harassment complaints, alleging everything from lewd comments and groping to retaliation.

"What we see all the time from minimum-wage workers is that once you complain, retaliation is common," says Sharyn Tejani, director of the Time's Up Legal Defense Fund, which works with victims who allege sexual harassment.

"That takes the form of losing shifts, losing your job, not being able to stay at your job, being disciplined. And ... they don't have any cushion," she says. "And when you compare that to what happens to somebody like the CEO, it's clear that there's a structural problem here."

Following worker complaints, McDonald's announced in August that it would introduce an anti-harassment training program for U.S. workers. The program, which began in October, trains restaurant supervisors and crew members on how to create a safe workplace and defuse difficult situations.

Earlier in the year, McDonald's also made an unexpected commitment to no longer lobby against minimum-wage hikes at the federal, state and local levels. In mid-2015, McDonald's added at least $1 an hour more to the local minimum wage to employees of the restaurants owned by the corporation. The majority of McDonald's locations are owned by franchisees.

In 2015, research by the UC Berkeley Center for Labor Research and Education found that more than half of fast-food workers rely on public assistance programs like food stamps. The research did not specifically focus on McDonald's.