Accessibility links
9 Family Members, All U.S. Citizens, Die In Highway Attack In Mexico Three women and six children were killed as they drove in a small convoy. Mexican officials say they are investigating whether the family members were targeted or were victims of mistaken identity. 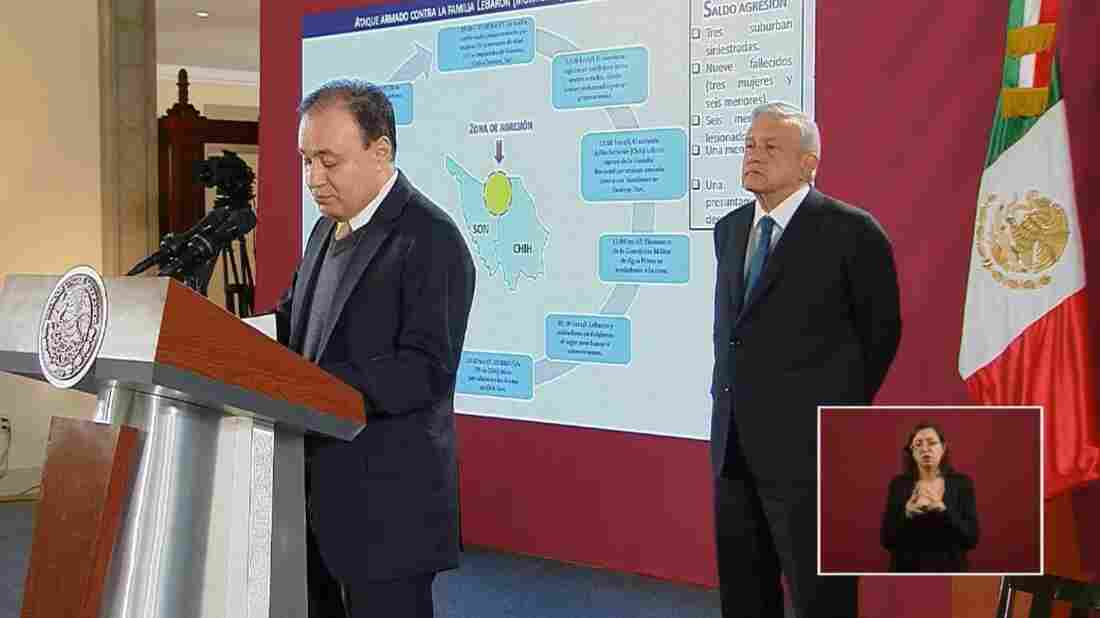 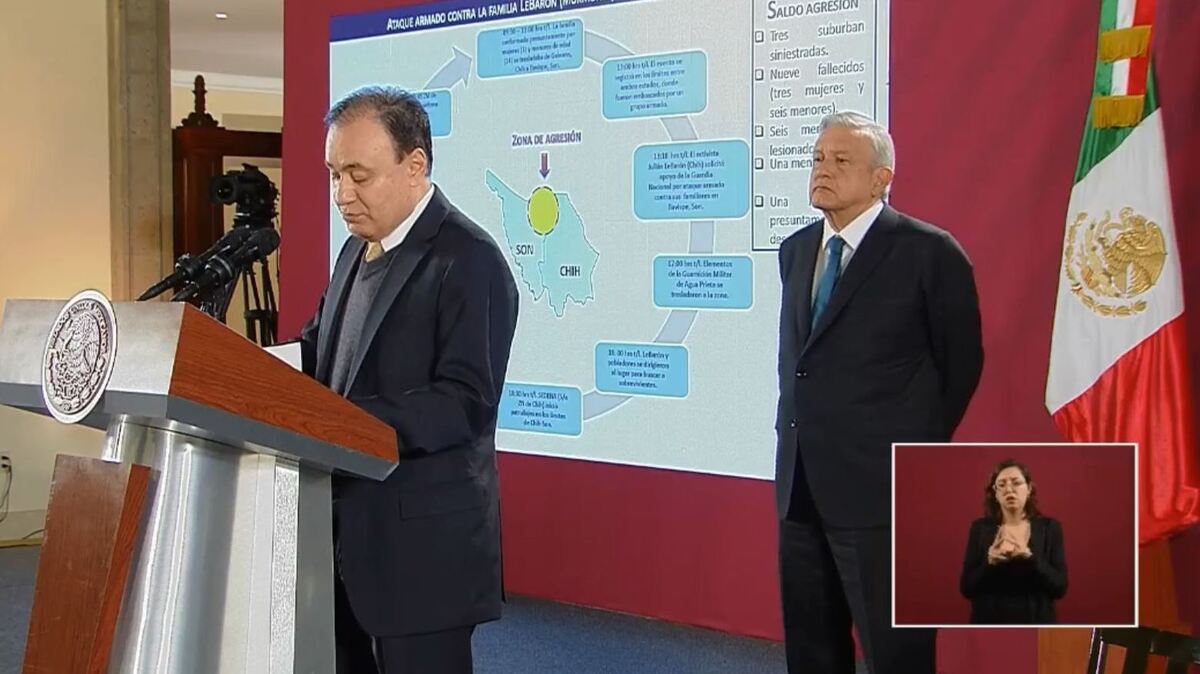 Three women and six children were killed in an attack on members of a Mormon family as they traveled in Mexico on Monday, according to Mexican officials. Relatives say all of those killed were U.S. citizens, and authorities in the state of Sonora say the group was "ambushed by a group of armed people."

Five children who were injured in the attack have been transported to U.S. hospitals, according to U.S. Ambassador to Mexico Christopher Landau.

The victims are part of the LeBaron family, members of which have lived in northern Mexico for decades since splitting off from the Church of Jesus Christ of Latter-day Saints following its move away from polygamy. The Utah-based church does not consider them to be members.

"We are heartbroken to hear of the tragedy that has touched these families in Mexico," a church spokesman said in a statement emailed to NPR. "Though it is our understanding that they are not members of The Church of Jesus Christ of Latter-day Saints, our love, prayers and sympathies are with them as they mourn and remember their loved ones."

Mexican officials say they're still investigating to determine whether the members of the extended LeBaron family were targeted or if they were the victims of mistaken identity. Members of the group have long lived in an area just south of Arizona where rival cartels are at war, fighting to secure smuggling routes close to the U.S. border.

"What's important to know is, several members of this community have been outspoken advocates against drug violence and extortion in the region," NPR's Carrie Kahn reports from Mexico City. She adds, "Two members of the community were kidnapped and murdered in the late 2000s, for standing up to the gangs."

The women and children were attacked early Monday afternoon as they moved in a small convoy of three SUVs between the states of Sonora and Chihuahua. Video from the scene shows that at least one vehicle was burned and had what appeared to be multiple bullet holes.

Jhon LeBaron, a family member who was not with the group that was attacked, posted news of the killings on his Facebook page Monday. "My heart is completely broken," he wrote.

"Just got word both my Aunt Dawna and Christina have been killed, the Cartel murdered them and several of their babies," LeBaron said. "They left 6 of Dawna's kids on the side of the road and took off. My aunt Dawna's son Devon hid some of his shot and wounded siblings in the bushes and ran all the way back to town for help."

In addition to those killed or injured, one minor was unharmed and another minor was believed to be missing, President Andrés Manuel López Obrador and Security Minister Alfonso Durazo said at a news conference Tuesday morning.

López Obrador later said that through President Trump, he has sent his "deepest condolences to the family and friends of those who were killed." He also seemed to rebuff Trump's offer of military help to fight the perpetrators, saying his government will seek justice in the case.

In response to the attack, Trump said, "A wonderful family and friends from Utah got caught between two vicious drug cartels, who were shooting at each other, with the result being many great American people killed, including young children, and some missing."

Trump offered to aid Mexico if it needs help "cleaning out" the attackers, whom he dubbed "monsters."

"This is the time for Mexico, with the help of the United States, to wage WAR on the drug cartels and wipe them off the face of the earth. We merely await a call from your great new president!" Trump said via Twitter.

A wonderful family and friends from Utah got caught between two vicious drug cartels, who were shooting at each other, with the result being many great American people killed, including young children, and some missing. If Mexico needs or requests help in cleaning out these.....

Mexico Foreign Relations Secretary Marcelo Ebrard says his agency has been in touch with Ambassador Landau since Monday regarding the killings, which he called a tragedy.

"The security of our nationals is our top priority," Landau said via Twitter. He added, "I am following the situation in the mountains between Sonora and Chihuahua very closely."

Authorities have not publicly identified all of the victims or the circumstances of their deaths. But in an update to his original posting, Jhon LeBaron shared more details from a cousin, Kendra Miller, who said the group consisted of three mothers and 14 children and that they had been driving together in three SUVs.

Two of the women were traveling to see relatives in Chihuahua, and one was driving to the U.S. to pick up her husband from the airport in Phoenix, according to Miller. She added that the vehicles were found in two separate areas, about 10 miles apart.

Miller listed the dead in one vehicle as:

"All shot and burned in their vehicle," she said, adding, "Only ashes and a few bones remain."

One child was apparently found in a bullet-riddled vehicle without any injuries. Miller said 7-month-old Faith Marie Johnson was "found in her car seat that seemed to be put on the floor, by her mother to try and protect her."

In an update about the attack, Sonora's Criminal Investigation Ministerial Agency issued a statement Tuesday saying that investigators have recovered more than 200 bullet casings from the multiple crime scenes along the road.

Describing what it called an ambush, the agency blamed the violence on criminal groups fighting for power.