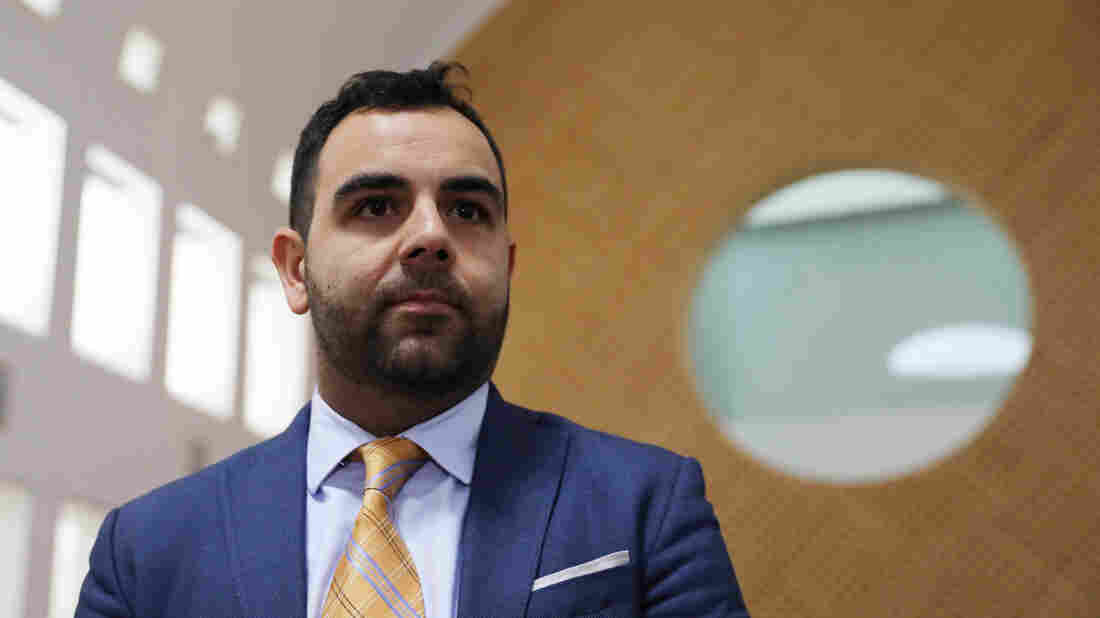 Omar Shakir, who oversees Israeli and Palestinian policy for Human Rights Watch, awaits a hearing in September at Israel's Supreme Court in Jerusalem. The court affirmed Shakir's deportation, a move that has prompted protests from members of the international community. Ammar Awad/Reuters hide caption 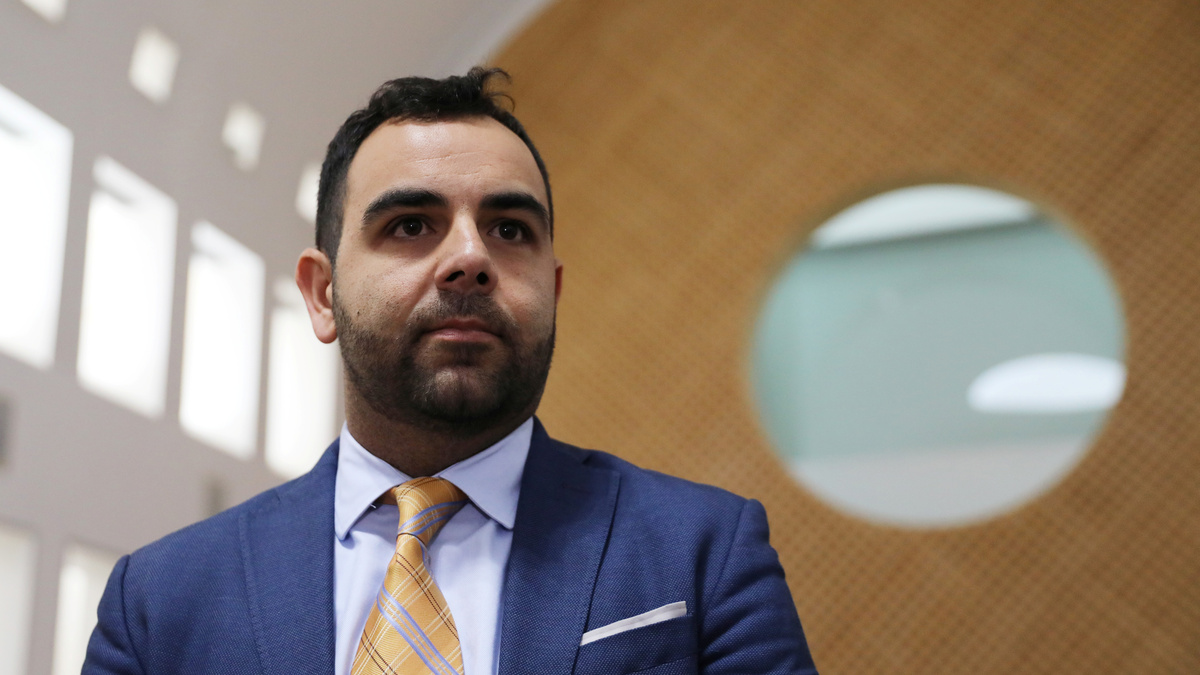 Omar Shakir, who oversees Israeli and Palestinian policy for Human Rights Watch, awaits a hearing in September at Israel's Supreme Court in Jerusalem. The court affirmed Shakir's deportation, a move that has prompted protests from members of the international community.

Israel's Supreme Court has upheld the government's decision to deport the regional director of Human Rights Watch. The high court's ruling Tuesday means that Omar Shakir, a U.S. citizen who oversees Israeli and Palestinian policy for the international rights monitor, can be removed under a 2017 law that bans foreigners who publicly call for boycotts of Israel or its West Bank settlements.

Shakir had been accused of supporting the boycott, divestment and sanctions movement against Israel. He now has 20 days to leave the country if the government proceeds with deportation efforts.

"Anyone who acts against the country should know we will not allow them to work or live here," Israeli Interior Minister Aryeh Deri, the official who issued the initial deportation order last year, said in a celebratory statement translated by Reuters.

At the same time, the decision has elicited outrage from critics who described the ruling — and the law on which it was based — as an ominous threat to free expression.

"The Supreme Court has effectively declared that free expression in Israel does not include completely mainstream advocacy for Palestinian rights," Human Rights Watch Executive Director Kenneth Roth said in a statement Tuesday. "If the government now deports Human Rights Watch's researcher for asking businesses to respect rights as we do across the world, there's no telling whom it will throw out next."

Tuesday's ruling marked the climax of a tortuous legal drama that began more than two years ago, when the Israeli Interior Ministry initially denied Shakir a work permit, saying that the human rights group has "engaged in politics in the service of Palestinian propaganda." Months later, that decision was reversed and Shakir given his permit — only to see it revoked roughly one year after that.

In May 2018, Deri's ministry rescinded the work permit and ordered that Shakir leave the country within two weeks. Since then, the struggle between the international group and government officials has wended its way up through the Israeli court system.

At every step, the legal focus was trained on controversial law that has been on the books for just two and a half years. According to the measure passed in March 2017, any visitors who support the movement to boycott, sanction or divest from Israel in support of Palestinian independence may be banned from the country. The law includes a provision extending the ban to anyone who seeks boycotts of the Israeli settlements built on territory that the country captured in 1967, and that Palestinians view as part of a future state.

So far, Israel has used the law to block more than a dozen people from entering the country — including, most notably, two U.S. congresswomen, Reps. Ilhan Omar, D-Minn., and Rashida Tlaib, D-Mich., who have been outspoken critics of Israeli government policies. (Israel later allowed entry to Tlaib, who decided to cancel her trip anyway.)

Lately, longtime Israeli Prime Minister Benjamin Netanyahu has pressed the country's claim to its West Bank settlements, even vowing to formally annex the area if his party decisively won parliamentary elections in September — though no such decisive victory happened. The United Nations, for its part, has condemned the settlements as an illegal occupation by force.

The U.N. has also weighed in on Shakir's case, in particular, with a spokesperson for Secretary-General António Guterres expressing concern earlier this year "about the shrinking space for human rights defenders to operate in the Occupied Palestinian Territory."

Human Rights Watch maintains that during his time with the group, Shakir "never deviated" from its policy on the issue — which, according to Human Rights Watch, "does not advocate a boycott of Israel but urges businesses to fulfill their human rights responsibilities by ending ties with illegal West Bank settlements."

Last year, the group was among those who campaigned for Airbnb to remove its property listings in the occupied West Bank — which the company did, only to reverse course and allow them again earlier this year. Human Rights Watch says that supporting businesses' decisions to end ties with the settlements does not amount to calling for an outright boycott.

But the court ultimately did not accept this distinction — and its ruling Tuesday roiled human rights advocates well beyond the country's borders. Amnesty International, for one, called the decision "a cowardly move that confirms Israel's oppressive intent on silencing independent human rights organizations at any cost."

"With this ruling," Saleh Higazi of Amnesty International said in a statement, "the court has made it explicitly clear that those who dare to speak out about human rights violations by the Israeli authorities will be treated as enemies of the state."

Human Rights Watch said Israel has now joined a handful of countries across the world — including Cuba, North Korea, Sudan, Iran and Venezuela — where its officials have been blocked or ejected by the government.

In his own statement about the decision Tuesday, Shakir expressed his determination to carry on with his "rights advocacy" regardless of however the Israeli government decides to proceed with the ruling.