Accessibility links
2019 Election Night Results Democrats had a strong election night on Tuesday, claiming victory in the race for governor in Kentucky and taking back control of the Virginia legislature. 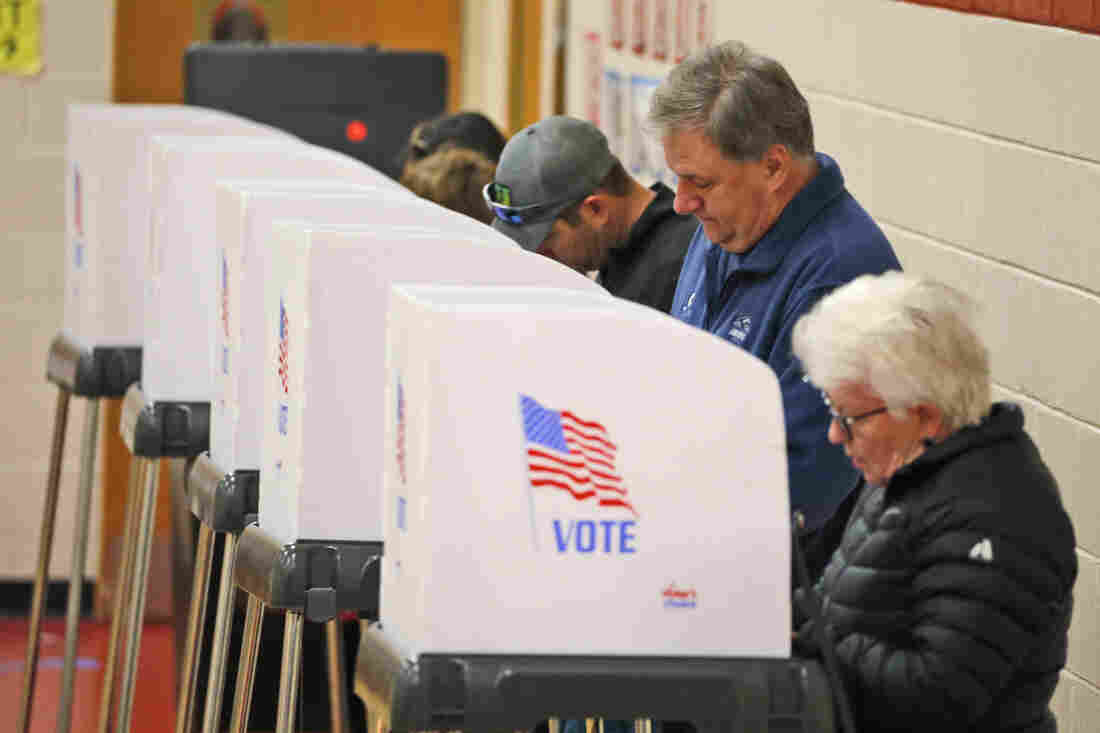 In Virginia, Democrats' Election Day victories showed that the commonwealth is moving away from its swing-state status and more firmly into the blue column. Steve Helber/AP hide caption 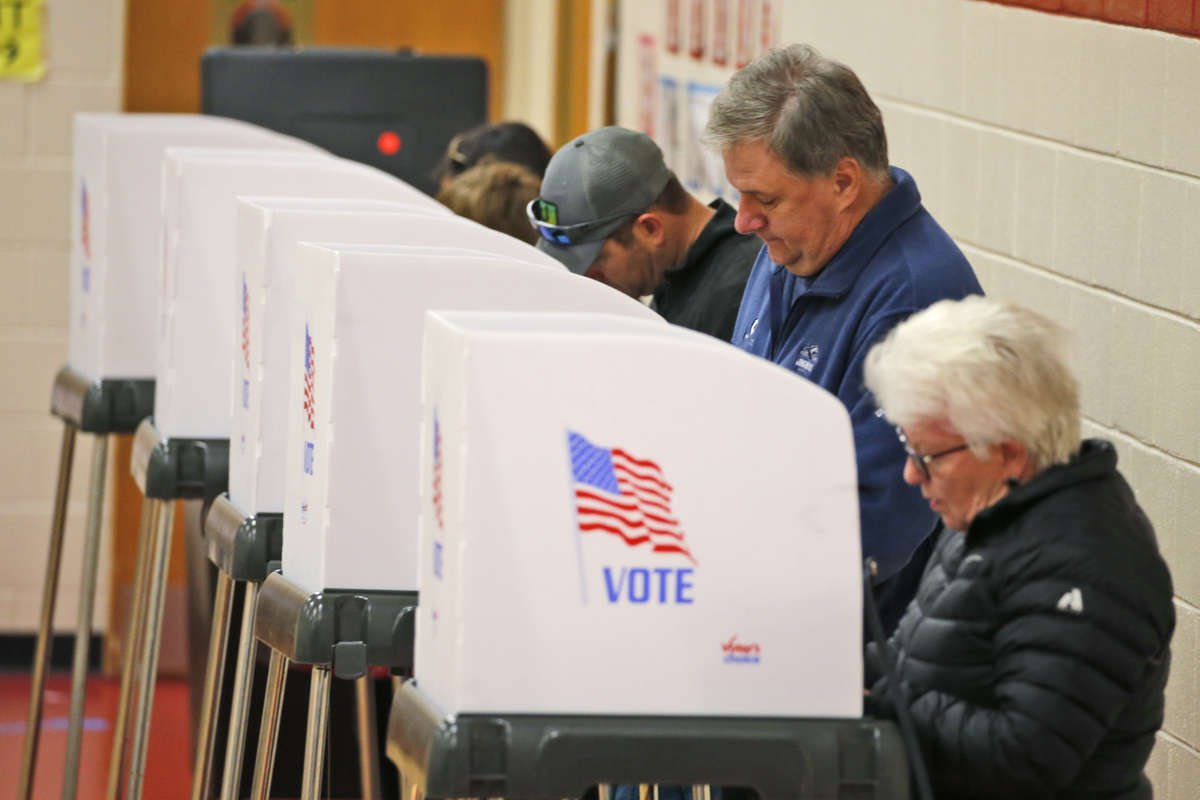 In Virginia, Democrats' Election Day victories showed that the commonwealth is moving away from its swing-state status and more firmly into the blue column.

Democrats had a strong election night on Tuesday, leading the race for governor in Kentucky and taking back full control of the Virginia legislature for the first time in nearly a quarter century.

With all precincts reporting in Kentucky, Democrat Andy Beshear bested Republican Gov. Matt Bevin by 5,198 votes, or 0.36% of all votes cast. While The Associated Press says the race is too close to call, Beshear declared victory. Bevin refused to concede.

If Beshear's margin holds, it's a blow to President Trump, who rallied in the state for Bevin on the eve of the election.

Beshear, the attorney general of Kentucky, was able to drive up turnout in the commonwealth's urban and suburban centers and received stronger-than-expected numbers in some rural areas. His lead suggested voters are still willing to make a distinction between state and federal races, even in a hyperpartisan political environment.

Bevin's second-place position also suggests there may be limits to Trump's typically uncanny ability to turn out his base for a candidate.

Kentucky is a GOP stronghold at the federal level, having gone for Trump by 30 points in 2016, but has a long history of electing Democrats at the state level. When he won in 2015, Bevin became just the third Republican governor in Kentucky since World War II.

However, Kentucky Republicans won all of the state's other constitutional offices on Tuesday, further evidence that this contest was more of a referendum on Bevin than a party shift.

As governor, Bevin made plenty of enemies while doing little to make friends. His approval ratings showed him to be one of the most unpopular governors in the country, and he only narrowly won his primary over a little-known opponent. Bevin picked fights with and offended Kentucky teachers over pension reform, resulting in a major voter backlash. Even his relationships with GOP state legislators were rocky.

Bevin focused on national issues in the race, touting himself as stridently anti-abortion and tough on illegal immigrants, with his ads showing menacing-looking gang members pouring over U.S. borders. He highlighted his support for Trump and was a vocal opponent of the impeachment inquiry in the U.S. House of Representatives.

Beshear's father Steve was a popular Democratic governor who immediately preceded Bevin and had expanded Medicaid in Kentucky under the Affordable Care Act. Bevin tried to roll back access to Medicaid by implementing work requirements.

During the campaign, Beshear pledged to restore "respect" and "Kentucky values" to the governor's office, and to protect Medicaid expansion and education funding, focusing the race on state and local issues instead of the nationalized vote Bevin wanted.

In Virginia, Democrats' victories showed that the commonwealth is moving away from its swing-state status and more firmly into the blue column. The legislative wins gave Democrats control of state government, as they now hold the governorship along with both houses of the Virginia General Assembly.

Those new Democratic majorities could lead to greater gun control measures, further expansions to Medicaid and a shot at becoming the final state needed to ratify the Equal Rights Amendment. New court-ordered district lines redrawn earlier this year in the state House helped Democrats flip the chamber along with the state Senate. Now that they're in control, Democrats can help determine congressional and legislative district lines in the future.

The battle for control of the statehouse in Virginia attracted big money — some individual races raised more than $2 million — and big names. Just last weekend Vice President Pence and former Vice President Joe Biden held events in the state for their respective parties.

Democrats won majorities in both houses of the General Assembly despite scandals affecting the three top statewide officials in their party. Attorney General Mark Herring admitted earlier this year to wearing blackface when he was younger; Gov. Ralph Northam admitted to darkening his face in 1984 to impersonate Michael Jackson in a dance contest; and two women have accused Lt. Gov. Justin Fairfax of sexual assault, which he denies.

Republicans did have a good night in Mississippi, keeping an open-seat race in their column as Lt. Gov. Tate Reeves defeated Democratic Attorney General Jim Hood for governor.

The race was closer than usual in Mississippi, with Hood playing up his opposition to abortion rights and gun control while also campaigning to expand Medicaid in the state, which Reeves opposed.

Reeves' campaign got a boost when Trump campaigned in Tupelo, Miss., for him last Friday ahead of the election. The GOP also swept all the down-ballot races — marking the first time since Reconstruction that Republicans will hold all statewide offices.