Accessibility links
In China, Kids Of Unwed Mothers May Be Barred From Public Health Care, Education Being a mom without a husband leaves many women in a legal gray zone where they are unable to access medical and other public services for themselves and their children. Some women are even fined. 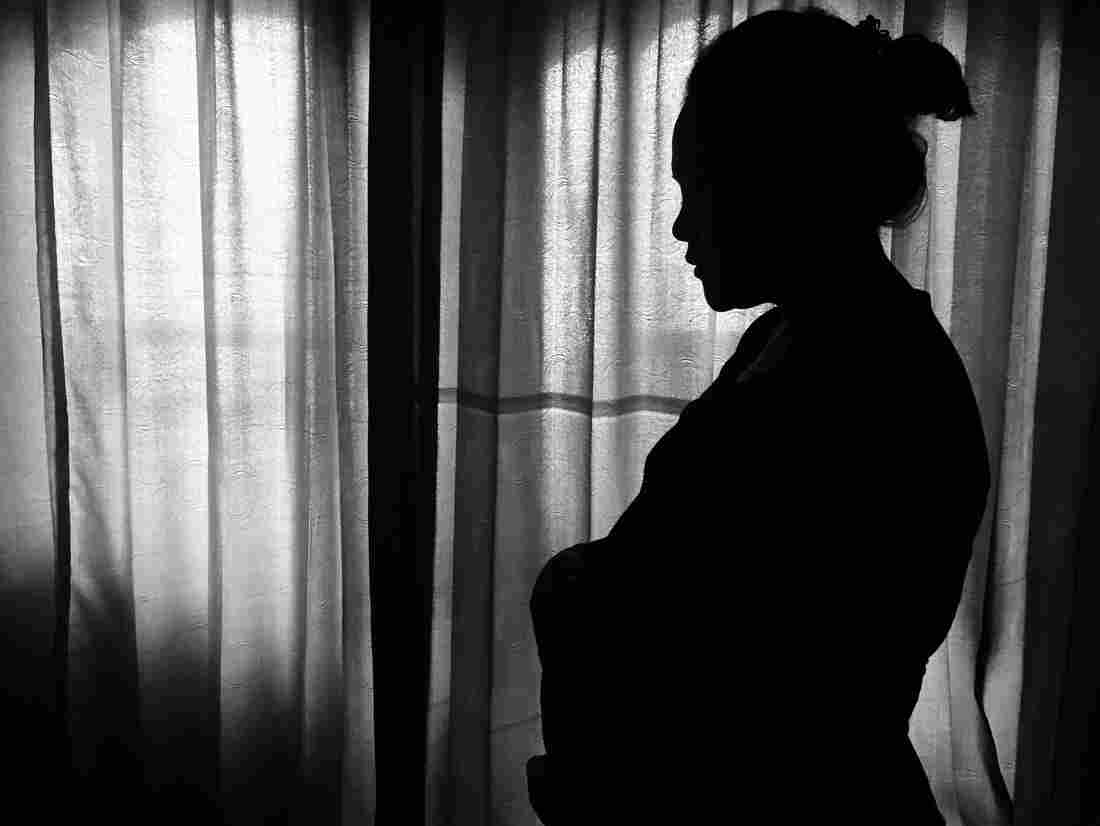 Unwed pregnant women in China face a legal gray zone where they are unable to access public services for themselves and their children. I Gede Bhaskara Ryandika/Getty Images/EyeEm hide caption 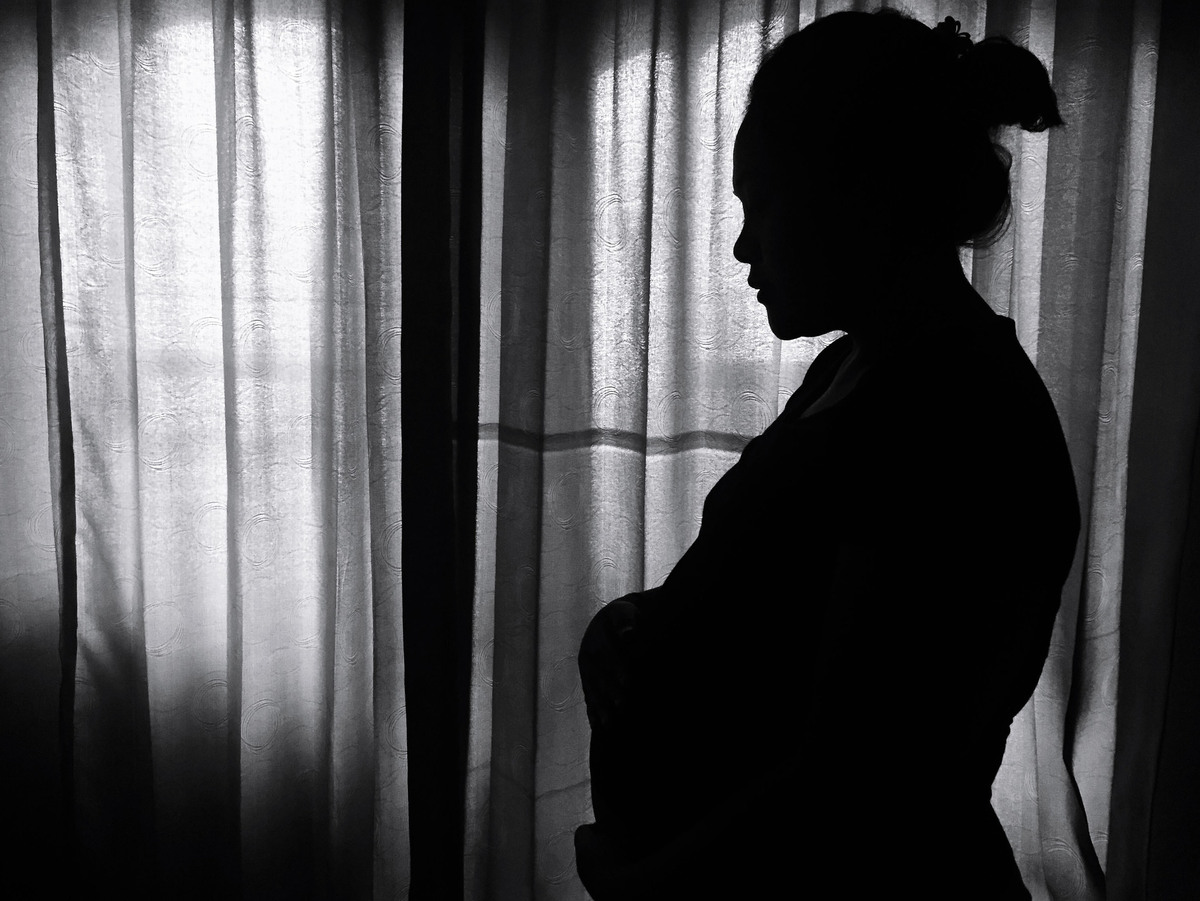 Unwed pregnant women in China face a legal gray zone where they are unable to access public services for themselves and their children.

When Liu, a 31-year-old Chinese insurance firm manager, learned she was pregnant in 2017, she resolved to keep her baby.

She tried to hide the fact that she was unmarried and pregnant from her colleagues at the private insurance firm where she works in Shanghai. She paid her own hospital bills rather than rely on public insurance and risk exposing her secret to the hospital and her employer.

Now the mother of a 22-month-old girl, Liu, who declined to share her full name for fear of social retribution, is facing a new challenge: accessing public health care and education for her child in Shanghai, where she has lived for nine years.

"I just felt this was a small, living being, that I should keep her and that I had to work hard to create the conditions under which I could raise her," says Liu, a native of central China's Henan province, who moved to the east coast megacity of Shanghai for her job. 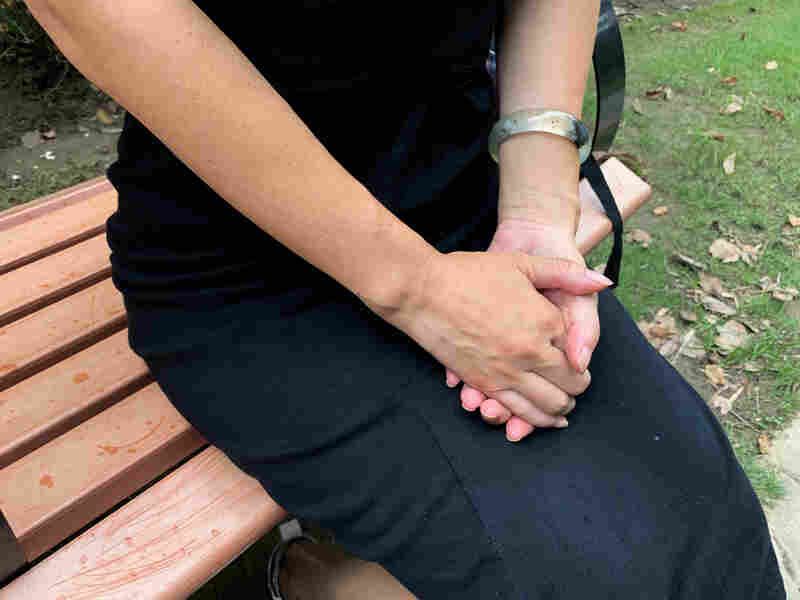 Liu sits on a bench in Shanghai. She has tried to hide the fact that she is an unmarried mother from her colleagues. Emily Feng/NPR hide caption 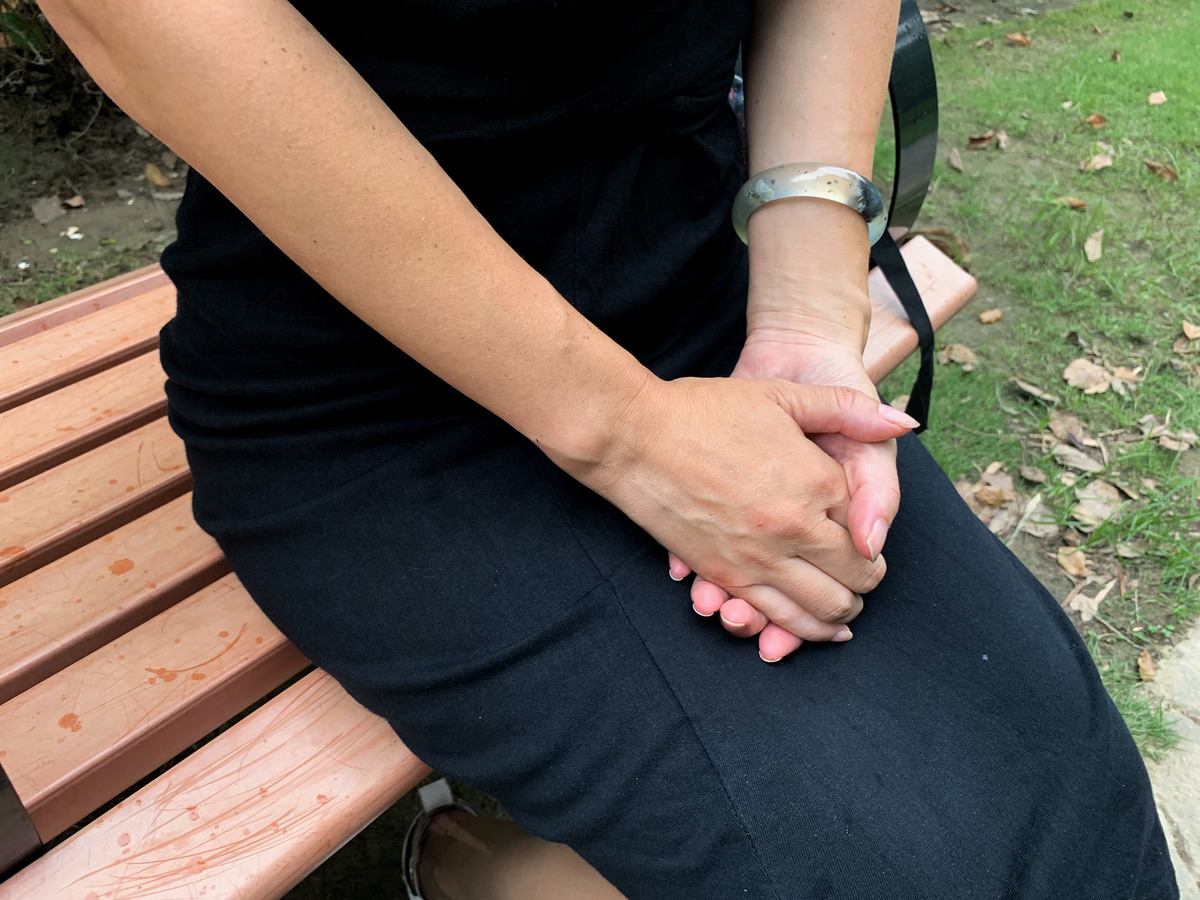 Liu sits on a bench in Shanghai. She has tried to hide the fact that she is an unmarried mother from her colleagues.

Even though Liu's parents and close friends support her choice to become a mother, she says that most colleagues at her workplace do not know she has a child. "Employers would wonder, 'Is it just you who cares for the child? If so, then how will you focus on work?' " she says.

Changing social mores and economics are affecting parenthood in China. Chinese women are increasingly financially independent. The marriage rate has dipped in recent years, and couples are divorcing more often than in the past. According to census data, women are postponing marriage and motherhood. And some are having children on their own.

But the country's exhaustively detailed family code makes no mention of single parents. It is a topic so neglected that no official statistics are available on how many children are raised by single parents. This leaves many Chinese women stuck in a legal gray zone where they are unable to access basic public services for themselves and their children.

"There is a blank space when it comes to single parents. There is a catchall clause [for punishing] 'any other situations that violate family planning,' " says Li Jun, a lawyer at Shanghai Dehehantong Law Firm, who is fighting a case in a Shanghai court to win maternity insurance coverage for unmarried women.

Family laws of the land

Neither the Population and Family Planning Law nor the Marriage Law contains language expressly allowing or forbidding single parenthood. The Marriage Law does, however, guarantee equal rights for children born out of wedlock. But the laws presume anyone having children is married. They also exclude LGBT citizens. Same-sex couples cannot get married or register as a civil union in mainland China.

The treatment of single mothers is left up to the discretion of local governments, which have adopted a wide variety of stances. Many provincial authorities previously denied the children of single mothers hukou, or household registration, akin to a social security number allowing them to go to school and access services such as health care. Other provinces have required single mothers to pay a "social support" fee, usually several hundred dollars, as a penalty for violating family planning rules.

"Local governments apply this differently to individual cases. ... First- and second-tier cities do not enforce such punitive policies anymore. But in more provincial places or places where family planning laws are not amended or executed properly, these instances still exist," says Li, the Shanghai lawyer.

Liu, the single mother, was able to get hukou for her daughter in Henan province, where she's from. But the authorities in Shanghai, aware she has a child without a husband, docked several points from her residency permit application in the city because she had violated family planning guidelines.

This permit is crucial — it would allow Liu and her child to access public services in Shanghai, rather than having to travel back to Henan. Without the permit, Liu's child will not be able to attend Shanghai public schools or access the city's public health insurance.

Liu had waited years to accrue the necessary points to apply but now finds herself stymied from qualifying: "They consider me to have violated family planning regulations," she says. "This is the thing I'm most ashamed of."

In spite of these limits, experts have warned that China needs to have more children to avoid a population decline in the future. The country faces a labor shortage as a result of its one-child policy, which authorities used to justify often brutal population control, including forced sterilization and abortions. The government ended the one-child rule in 2016 and now permits parents to have two children.

China Has Been Slow To Embrace #MeToo. Pop-Up Sexual Consent Workshops Might Help

However, China's ruling Communist Party has not relinquished control over family planning.

"The Communist Party in one way or another has always been active in shaping families and encouraging a particular kind of family," notably the nuclear family, says Stuart Gietel-Basten, a professor and demography expert at the Hong Kong University of Science and Technology. "Under Mao, it was, 'You should have more children, right — China should grow.' And then in the '70s it's, 'OK, you should have much fewer children.' "

More recently, party literature has said "having children is a family matter but also a national matter."

Another group of single parents doesn't meet China's definition of family: women who have children through surrogacy, even though it is expensive — and illegal in China.

Some Chinese women with financial means have tried to get around the ban by using services abroad.

'They Ordered Me To Get An Abortion': A Chinese Woman's Ordeal In Xinjiang

She became pregnant in 2018. But after a severe episode of depression, she made a painful decision to terminate the pregnancy, something that has left her conscience-stricken.

Yet she does not rule out having a child in the future.

"I haven't always thought about having a kid. It's only after seeing my niece growing up, I started thinking that I should leave that option open for myself in case I ever find it nice to have a child," she says.

As an unmarried woman, Lee would have a difficult time qualifying for adoption.

The alternatives also pose challenges. Although procedures such as artificial insemination and in vitro fertilization are permitted in China, most Chinese hospitals do not provide egg-freezing services. The 2001 law banning surrogacy also stipulates that assisted reproductive technology can be used by only those who are legally allowed to have children — heterosexual married couples.

Going abroad for surrogacy is one solution. After finding a surrogate mother in a country where the procedure is legal, with the help of an agency, a Chinese woman can keep tabs on the surrogate throughout the pregnancy and visit for the birth. Then she can register as the legal guardian back in China.

So far, Lee has spent tens of thousands of dollars on fertility treatments and gives herself a shot of hormones as part of her egg retrieval process after each 10-hour workday. She says she has not made up her mind about where to store her frozen eggs, given that the timing of the egg-harvesting procedure depends on the success of her hormone injections. But she hopes to freeze her eggs before year's end and might consider surrogacy in four years, when she turns 45, she says. Countries such as Thailand and Russia are at the top of Lee's list because surrogacy is legal there and those countries are close to China.

Now fearful of the risks associated with childbirth, Lee says that without surrogacy, she may not ever want a child.

"I choose surrogacy," she says, "but I support women who wish to give birth to their children. I find those women very admirable."