Accessibility links
Rex Orange County On What 'Pony' Means And How Fame Really Feels "You are something and you make a choice in your life, like, 'This is going to be great' — and then it happens, and you're kind of like, 'This is more stressful than I imagined.' "

Rex Orange County Doesn't Care What You Call Him (Anymore)

Rex Orange County Doesn't Care What You Call Him (Anymore) 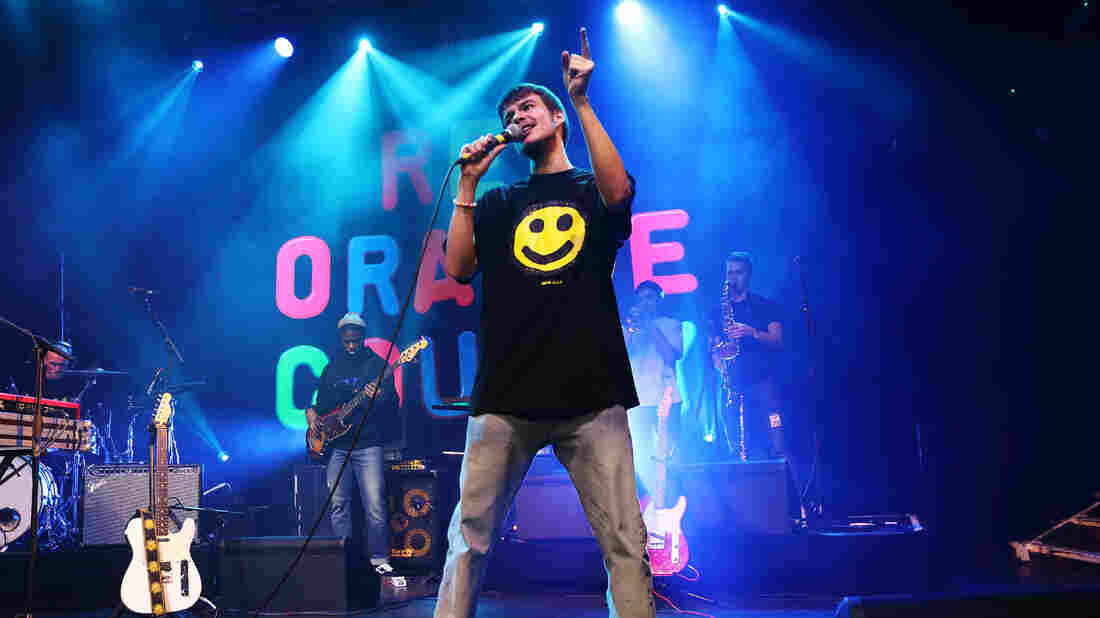 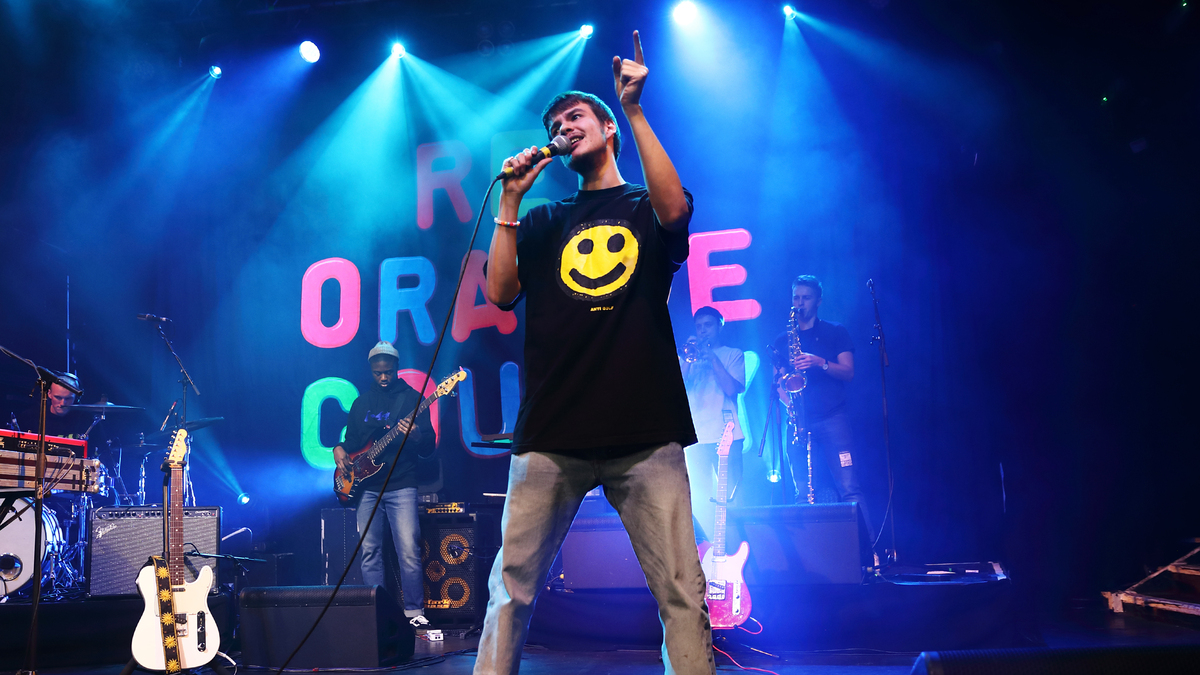 When the first minutes of my phone call with Rex Orange County were marred by squelching static and fuzz, I explained the concept of Mercury retrograde, a perceived backwards orbit of that planet that some believe creates lapses in technology and communication. Rex, born 21 years ago as Alex O'Connor, was polite enough to listen, but let the hesitation in his voice peek through. "There's something to be said about things happening for a reason. I think the nature of fate is pretty fascinating," he observed, both thoughtfully and skeptically indulging my astrological detour.

As fate is what led him to make his own music, he would say that. While attending the prestigious BRIT school in 2016 for percussion, O'Connor decided to self-record, produce and release his first album, bcos u will never b free, under the Rex Orange County moniker. (The appellation was adapted from "the O.C.," a schoolyard nickname born from his initials and the early-2000s television show.) The bright blend of hip-hop, jazz and bedroom pop, coupled to lyrics with no shortage of adolescent angst, helped quickly put him on the musical map.

Just after the self-release of his soulful, indie-adjacent second album, Apricot Princess, he drew the attention of Tyler, the Creator, who featured O'Connor on his own 2017 album, Flower Boy. In the two years since, O'Connor's personal life hasn't changed much. He still has the same friends, the same significant other and still keeps his circle small. He's just famous now.

O'Connor's new album, Pony, released Oct. 25 through his new record label RCA, is a 10-song project with lush production and string arrangements in which he creates moments of intense self-doubt and sadness, detailed with unrelenting clarity and maturity.

In conversation with NPR Music about that new record and his career to date, the London-based, countryside-born singer-songwriter was, like his music, sensitive, smart and honest.

Zoë Jones: What has your life been like since Apricot Princess? How have the last two years in your life looked?

Rex Orange County: It was a very interesting time, and it's one where I've learned quite a lot and grew up quite a lot. That [release] was in April, 2017. So the rest of that year was me playing some of my first festivals and Glastonbury in the U.K., some bigger shows, and I put out [the single] "Loving Is Easy." My life just became, "Oh wow, this is really, really my job now." You know, not that it didn't feel like it before, but it really definitely felt like it at that point.

And then 2018 was quite tiring and strange. It was kind of just testing for me when I realized what it was like making [music] your job and playing a lot of shows. I wasn't writing much music so I was kind of uninspired, yet very busy and overwhelmed. I felt myself being really selfish, and being like, "This is not a big deal," but everything felt like such a massive deal, and started to stress me out.

At the end of the year, I had to make certain decisions to make my life easier, because there were just people who I wasn't happy around, and certain things that weren't great. Now, I'm feeling a lot better in a lot of ways. 2019 has also been difficult, but way better than the other years, or the time before that.

Both, I think. I think definitely things changed for the better. I felt like I could trust people around me a little better this year. I was more inspired and had a really good working relationship with everyone, more so than before. And like in the studio, as well. [I] kind of had someone to work with who was patient with me and we spent a lot of time together doing that, which was really what I needed.

Why is the album called Pony?

It was not necessarily meant to be a word that described what I was talking about in the album. With all the three projects I've put out, they've all had their names before the album was finished, then the name itself would sort of define the album. I wrote it to the name, if that makes sense. 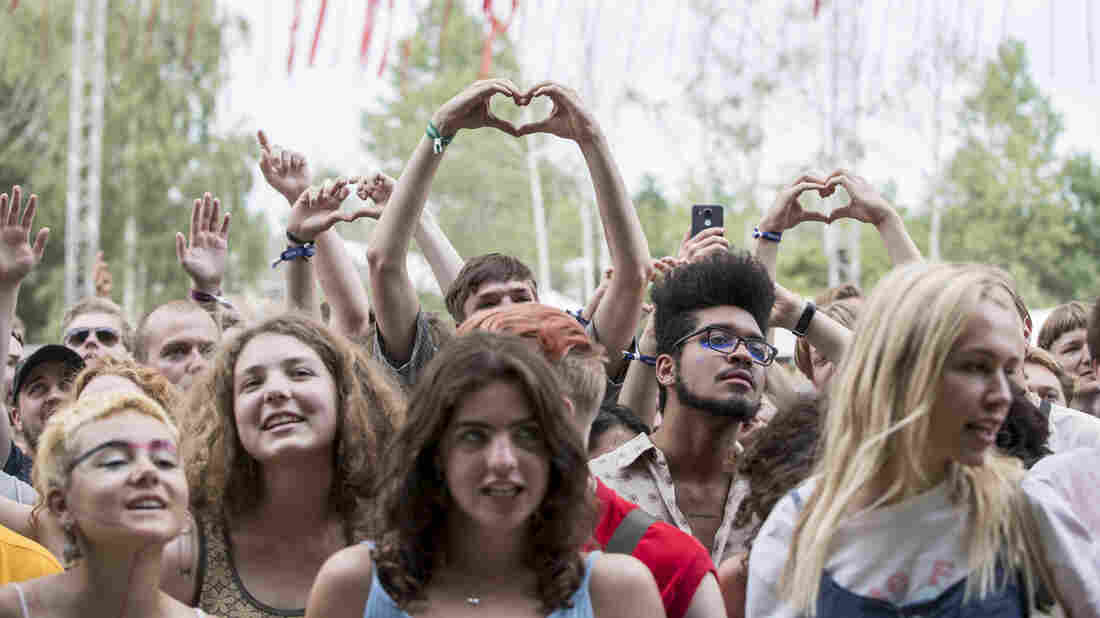 The crowd during a Rex Orange County performance at the Northside Festival on June 9, 2018 in Aarhus, Denmark. Yuliya Christensen/Redferns hide caption 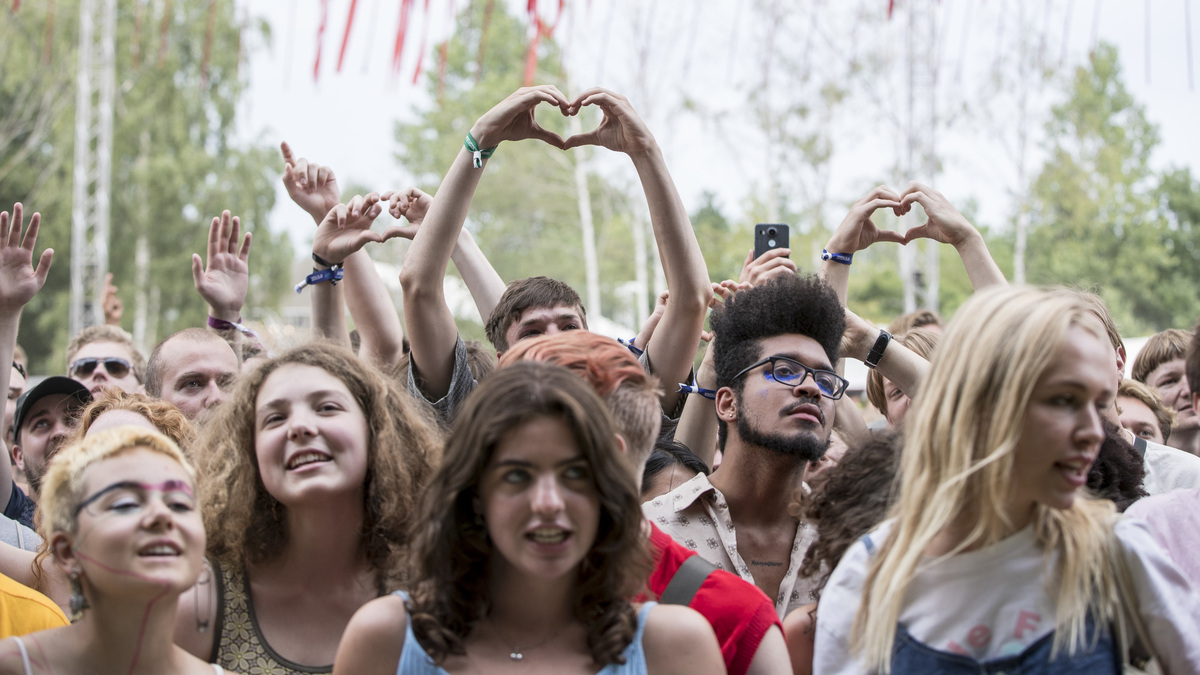 The crowd during a Rex Orange County performance at the Northside Festival on June 9, 2018 in Aarhus, Denmark.

Was there a specific experience that made you feel like, you know, on this album you were making a statement, or that you were a changed person? Other than normal growing pains.

It was really just about the first couple of years [of] realizing this is really my job, and realizing I'm kind of just out in the world now and didn't have much choice. You are something and you make a choice in your life, like, "This is going to be great" — and then it happens, and you're kind of like, "This is more stressful than I imagined."

Of course there were specific things that happened to me, but that's why the album came out. ... I know it's not explicit, but I'd like to think that that's where you find out. That's where I put my heart and feelings. I think that's where I actually spent so long figuring out how to say it, [and] that's where I want people to go and find out how I feel.

A lot of artists are saying, you know, "When I was creating this, I was going through a tough time," on a level that's a lot deeper than just not "enjoying" fame. Do you relate to that?

Yeah, I do. I mean, I'd just say that. I've been incredibly unhealthy mentally, I feel, for that entire time of making it [Pony], and to this day I still feel like I'm a different person. But I'm happier now, I've definitely overcome maybe the worst parts of that. I also think the release of the music and the idea of being finished with the album was probably the most satisfying thing.

That's what I feel good about now, is that I actually was able to get all of that off my chest and just say, you know, there's a lot of things I still want to figure out and be and be happier and be less kind of anxious, feel less depressed. But I think everyone's got that at the moment in some shape or form.

There's a lot of really beautiful arrangements on the album, so I'm wondering how your time in music school influences your musical brain. Do you have more of a methodical approach or do you just let things kind of happen?

What's going on with the strings and the brass and all the arrangements were mostly quite internal; there really weren't loads of people involved; it was everyone that played those strings, and there was a woman named Sally [Herbert] who helped me work on that, but it was still ... They were all very much specifically meant to be there the whole time.

I was still at school [when bcos u will never b free was released]. So I think that was probably more inspired by school, because that was when I was there. All of my friends were showing me guitars and chords and things. ... This stuff is just me being ambitious, and just thinking that the album I want to make is bigger than me, but it's like, I can go as far as I possibly can.

Me and my good friend Ben, that's who helped me produce the whole album, him and I spent a long time in a room together and had the vision for the strings and had the visions for the brass arrangements. Anyone that worked on [Pony] was close to me, and there weren't many people, so it still felt very internal.

That's just me probably being more naïve at the beginning [of my career], and not knowing how to explain things. The songs themselves sound kind of confused and naïve, as they are. I feel like the lyrics are the same. I could explain anything and go, "I'm f*****," you know, swearing and being like, "I'm sad." That was just part of this style of, like, emotion — I was meant to just be throwing emotional things. I'd like to think I'm slightly better at writing lyrics and being like, this is the story before I say that word. And then I say that word and then I can't really explain why. I'm glad you picked up on that; I'd like to think that I'm better at that.

I've seen a lot of people, whether they're fans or writers, label you as, you know, a "sad boy" or a "soft boy." How you feel about labels like that?

That used to get under my skin maybe more than it does now. I think when I was younger I was a bit, because my first album was very angry and upset. But as soon as it came out, that was me releasing those feelings and being done with them. And I felt like at that point in my life, I was like, getting quite a lot more positive and things were getting easier and better. I was able to have my career going and a girlfriend for the first time, properly, and was actually kind of positive [when] writing Apricot Princess. And everyone's like, "Rex is a sad boy." I'm just like, "Oh, I'm actually good."

I feel slightly happier when I don't bother going into debt from people's judgment of me. Most people just read headlines, and if someone wants a headline to be like "Rex Orange County is the Newest Sad Boy," and it's like that's the same difference as being like, "This incredibly crazy thing happened." Then you're going "Oh, do you hear about that thing?" It's like, you didn't really read the article, it didn't really go down that bad. You know what I mean?

What would you tell yourself, like the 17-, 16-year-old version of Alex that had no idea he would be famous, no idea that all of this stuff would happen, no idea that he'd be in love.

I probably would just say that there's nothing you can do about anything, other than just looking at everything. And trust your instincts. You can never change how it's going to go, but you can make your own choices and it's all up to you, as you can't make your own luck. If you make the choices, you have to be up for whatever comes your way after that.