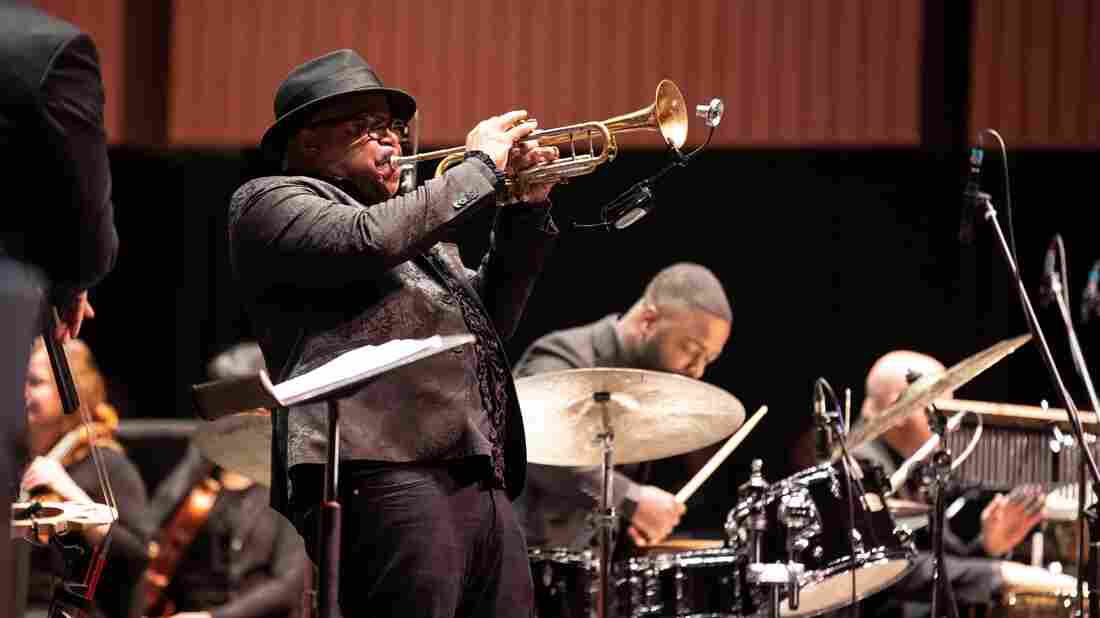 Trumpeter and composer Nicholas Payton drew controversy in 2011 with his rejection of the word "jazz." Now, he's reimagining black music with a new symphony. Jennifer Coombes/Courtesy of the artist hide caption 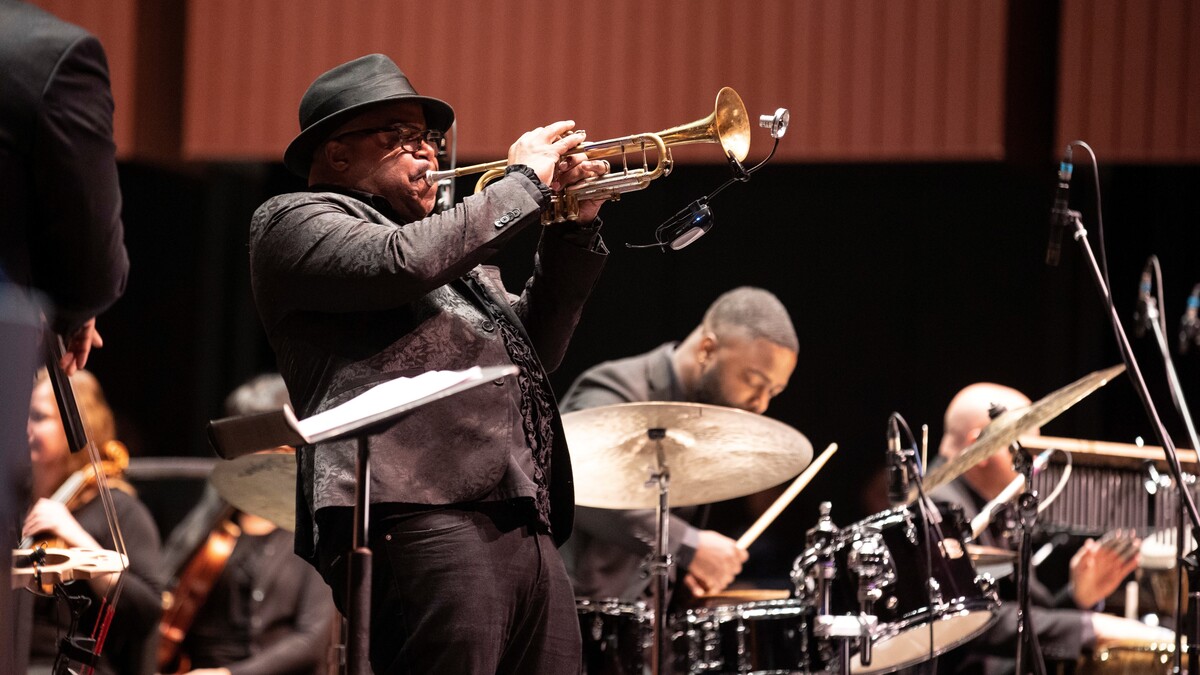 Trumpeter and composer Nicholas Payton drew controversy in 2011 with his rejection of the word "jazz." Now, he's reimagining black music with a new symphony.

Jennifer Coombes/Courtesy of the artist

Last month, trumpeter and composer Nicholas Payton had the U.S. premiere of his Black American Symphony with the Colorado Springs Philharmonic.

Payton, who's 46, is a trumpet virtuoso who grew up in a New Orleans jazz family. He first laid the groundwork for his symphony in a controversial 2011 blog post, titled "Why Jazz Isn't Cool Anymore." He suggested that the label "jazz" should be replaced with "Black American Music," and the idea hit a nerve.

"I was talking about my disdain for the word jazz and that really created a firestorm of events that was far-reaching well outside of the jazz world," he says.

At the time, he was writing a symphony for the 2012 Prague Proms, an international music festival in the Czech Republic. Payton became inspired by Czech composer Antonín Dvořák's advocacy of "Negro melodies" in American classical music and chose to center jazz composer-arrangers — like Gil Evans — and certain figures within R&B, funk and soul — like Charles Stepney, who was a producer and writer for Earth, Wind & Fire in the band's heyday — in his work.

The result was a six-movement symphony, for Payton's own quartet and an orchestra, that characterizes the history of Black music: from enslaved Africans' forced migration all the way up to the present day.

Black American Symphony had its European debut in 2012, but it wouldn't come to America for another seven years. The wait for its U.S. premiere may reflect some structural inequalities: According to the Institute for Composer Diversity, works by composers of color represent about only 6 percent of the music in this season's U.S. orchestra programs. Payton also says his provocative online persona might have had something to do with it.

"I think there were some people who didn't want to touch me cause I got labeled as the angry black guy," Payton says. "But you know, whereas I was talking about race 10 years ago, now everyone's talking about it every day and I don't seem so crazy anymore."

"I think what Nicholas is doing is centering our question of black culture in a way that doesn't push it to the margins where it's not tolerated, but it's being celebrated," Sawyer says. "When you start looking at yourself as centered rather than marginal, it changes everything."

Negotiating the divergent cultures of the orchestra and Black American music took some work in rehearsal. For most philharmonic musicians, Payton's music was a radical departure from the typical repertoire.

"He's often writing modern licks — jazz licks — for us to play," principal flutist Paul Nagem says. "These are licks that would be improvised, and then we're supposed to read them. And it's a challenge for it to sound appropriate and slightly authentic."

Payton's quartet and the orchestra had trouble syncing up rhythms, so Payton requested the removal of a plexiglass sound shield the Philharmonic had placed between the orchestra and his drummer, Marcus Gilmore. Losing that shield made all the difference for principal clarinetist Sergei Vassiliev. "Usually we're all locked in on the conductor," he says. "Here we have to listen to the sound of the drums; we have to listen to the bass. We have to move together."

For Michael Sawyer, the orchestra's focus on the drummer's timekeeping illustrates Payton's aim to center black culture. "The seat of power shifted from the conductor, who wanted to set the pace, to the drummer, who literally is the pacemaker for what Nicholas understands as Black American music," he says.

Years after his public dispute with the jazz world, Nicholas Payton remains intent on provoking change in both music and the broader culture. He may have just made his strongest statement yet, standing as a black American on a symphony stage, soloing over 60 musicians as they perform his own work.

"It's so epic," Payton says. "To have a section of, you know, 20, 30 strings as a pad behind you: It's like being in an alternate reality or something. It's just transportive. If I could feel that every night, that would be awesome."