Accessibility links
Saeed Jones On Growing Up Black And Gay In 'How We Fight For Our Lives' "It was perilous to be a black gay boy in America," Jones says of the fear and isolation he experienced growing up in Texas in the 1990s. His new memoir is How We Fight for Our Lives. 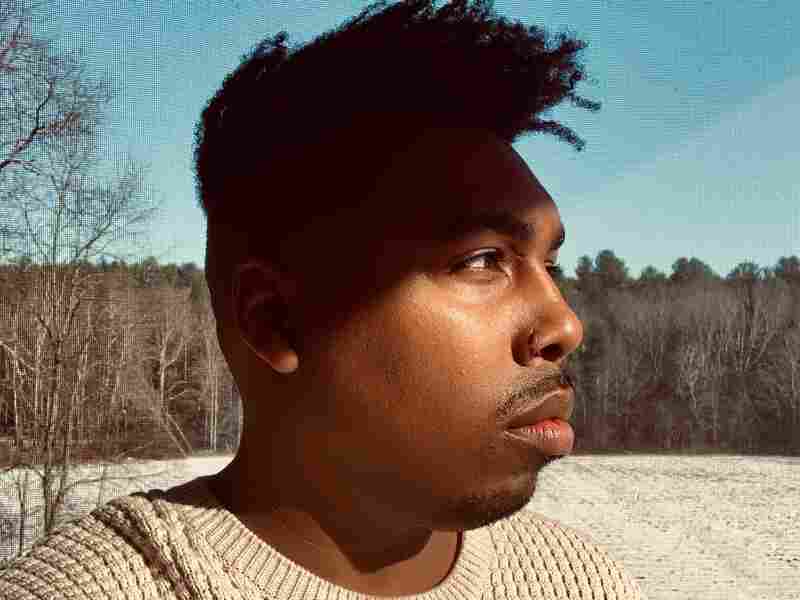 Saeed Jones has served as BuzzFeed's LGBT editor and culture editor, and is the author of Prelude to Bruise. Courtesy of Saeed Jones hide caption 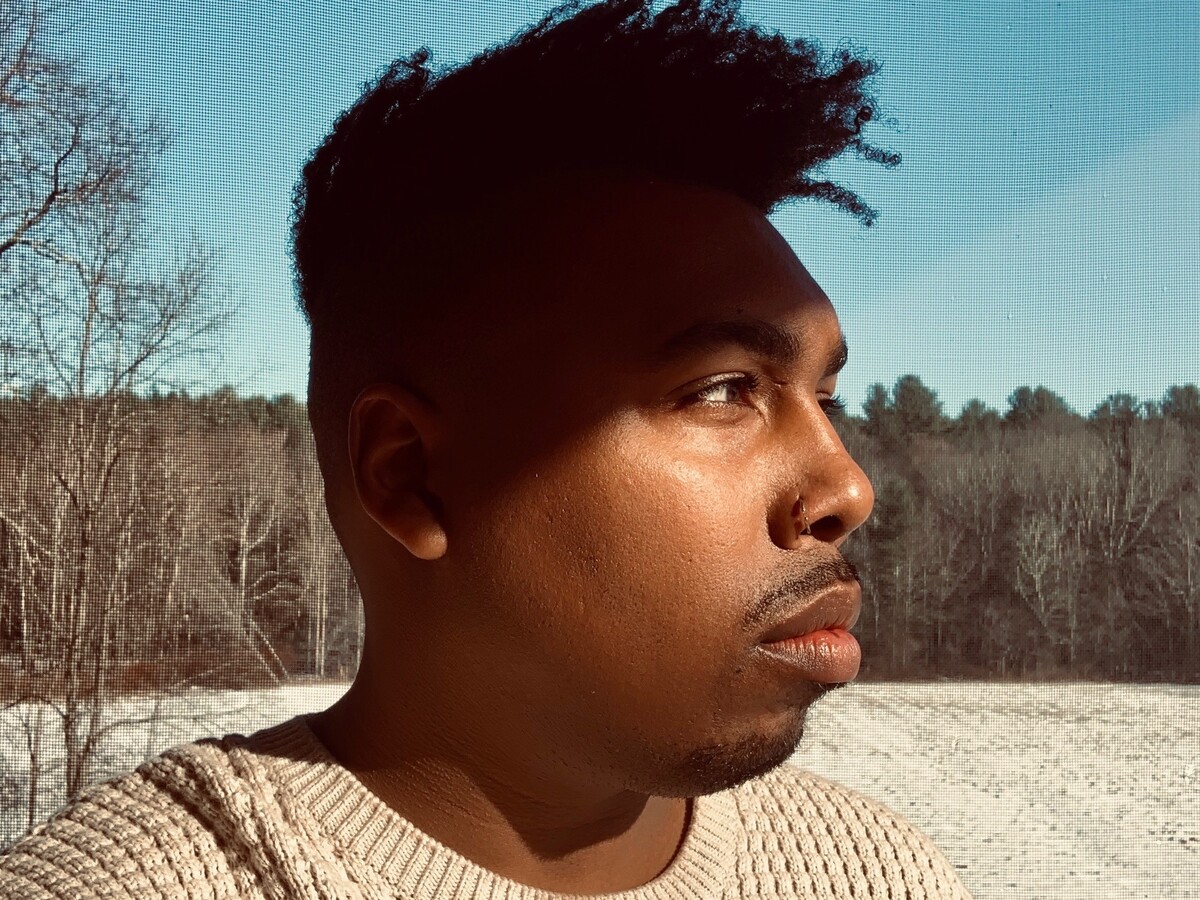 Saeed Jones has served as BuzzFeed's LGBT editor and culture editor, and is the author of Prelude to Bruise.

As a black gay kid growing up in Texas in the 1990s, poet Saeed Jones remembers getting negative messages about his identity from every aspect of his life. It was around the time of Matthew Shepard's murder in Wyoming, and Jones felt alone and unsafe.

"I was seeing these cautionary tales connected to identity," he says. "It was so clear that it was perilous to be a black gay boy in America."

In his new coming-of-age memoir, How We Fight for Our Lives, Jones reflects on his struggle to embrace his identity. The "we" in the title is intentional; he hopes the book will spark a conversation among a cross section of readers.

"We're all struggling," he says. "I want you to experience what's going on in my book and think about it in relation to your own life, whether that's because you're like, 'Oh this is totally different!' Or because you're like, 'Hmm. This is really familiar.' I think that's a useful way of thinking about memoir." 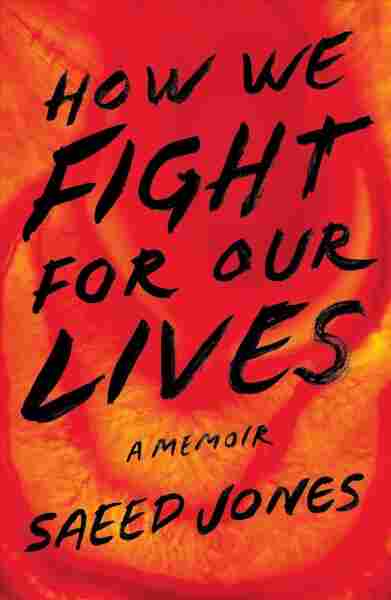 How We Fight for Our Lives

On his first sexual encounter with a man, hooking up in a library bathroom and trying to kiss and being refused

He was like, "Oh, absolutely not." And so I felt embarrassed and I think the only thing more painful than not getting what you want is almost getting it and then being shamed right at the last minute. ...

I was deeply ashamed. I thought I had messed up. But I think really he admitted he couldn't go there. He was working through some things, and so he was ashamed of what he was feeling or not feeling. I think that's something that, whether people are in the closet or not, they continue to struggle with, being vulnerable and true intimacy. I think it's possible to have sex with someone and not be intimate with them, and that's kind of what it looks like sometimes.

On equating sex with death because of AIDS

I think this is true for my generation. I'm 33 years old. I was born in 1985 and I would say until, frankly, the last two or three years — with the introduction of PrEP/Truvada — for most gay men, a defining aspect of our sexual experiences has been an awareness of not just STIs (STDs that we all need to be aware of and thoughtful about), but, "Am I going to get HIV/AIDS?" Which is no longer a death sentence, as I understood it at the time. But certainly, that is a lifelong condition that's going to require treatment and support. There is a heaviness to that. There is a deep sense of foreboding that I think often turns into shame with time, because it feels like you're risking punishment.

On coming out to his mom by making a joke

I'm such a Sagittarius. I am a practical joker, like, I love to laugh, but I felt like I had messed up. This was actually really significant to her. And that I'd been cracking jokes on a moment that I had been waiting for years, right? And so I felt really bad, but then she called me back and was like, "Hey, I forgot to say, I love you, and you seem happy and that's all that matters, you know?" And that meant the world to me. It was really important for me to see that.

We laughed a lot. We could talk about literally anything except my being gay, which began to feel more and more like a void. But you know, we talked about the news, and we would laugh, and she was so proud of how I was doing in school and as a student and in speech. ... It's this weird dynamic where you're struggling and you end up prioritizing the other person's feelings over your own, and I did it because I loved her. I did it because I felt like I was causing her pain by trying to talk about this, but she was still my mom. I needed to have her wisdom in terms of love and relationships, and I didn't get it, and really struggled as a result.

On knowing he was a writer from an early age

It was the thing that I could always count on to get praised [for] in school. ... Middle school was when I started really going for it, like asking for extra credit, and like taking risks and doing more. Then also in literature discussions about short stories and fiction or whatever, it all made so much sense to me. I remember learning the narrative arc in maybe the eighth grade — resolution and climax — and it just made sense. I was like, "Oh, duh! Duh." And I literally never heard it before ... but kind of like with queerness, it felt like I was being given language to explain something I already understood. I just get it. It's just in me.

On why he moved to Columbus, Ohio after Trump became president

Honestly, America's depressing, right? If you're paying attention in any substantive capacity, America is really stressful and anxiety-inducing and depressing. And I now understand that as an adult, and it's not [my] fault. And then Trump became president, and truth is, on Inauguration Day, January 2017, I had a total breakdown. I had an absolute breakdown. I knew it was coming because I took a personal day, so I was home so I already knew on some level. But I remember watching Barack Obama and Michelle Obama walking to the helicopter, and I absolutely fell apart. I could not stop crying, and I opened the knife drawer in my kitchen. I was looking at those knives and I started saying, "I can't go back. I can't go back. Please don't make me go back." And the "back" was the months after my mom passed away. It was the worst, the most raw I had ever felt, and I'm glad that I talked to a friend and I started therapy and that helped tremendously.

But, you know, the last few years working in media [at BuzzFeed], it's required so much of all of us, really, and certainly people [for whom] this is our job to talk about these issues: We can't just turn off our phones and stop reading the news, unfortunately. That's a high demand. And I was starting to feel really threadbare on an ongoing basis. And so I knew I wanted to change. And so I wanted to leave New York and I wanted to leave media in the way I was working in it, to go back to the basics.

Roberta Shorrock and Seth Kelley produced and edited the audio of this interview. Bridget Bentz and Molly Seavy-Nesper adapted it for the Web.