Accessibility links
Voters Cast Ballots On Affirmative Action, Sanctuary Cities, In Off-Year Elections In Tucson, Ariz., residents rejected a "sanctuary city" label. In San Francisco, they supported a ban on the sale of e-cigarettes, and in Jersey City, N.J., they closed the door on Airbnb. 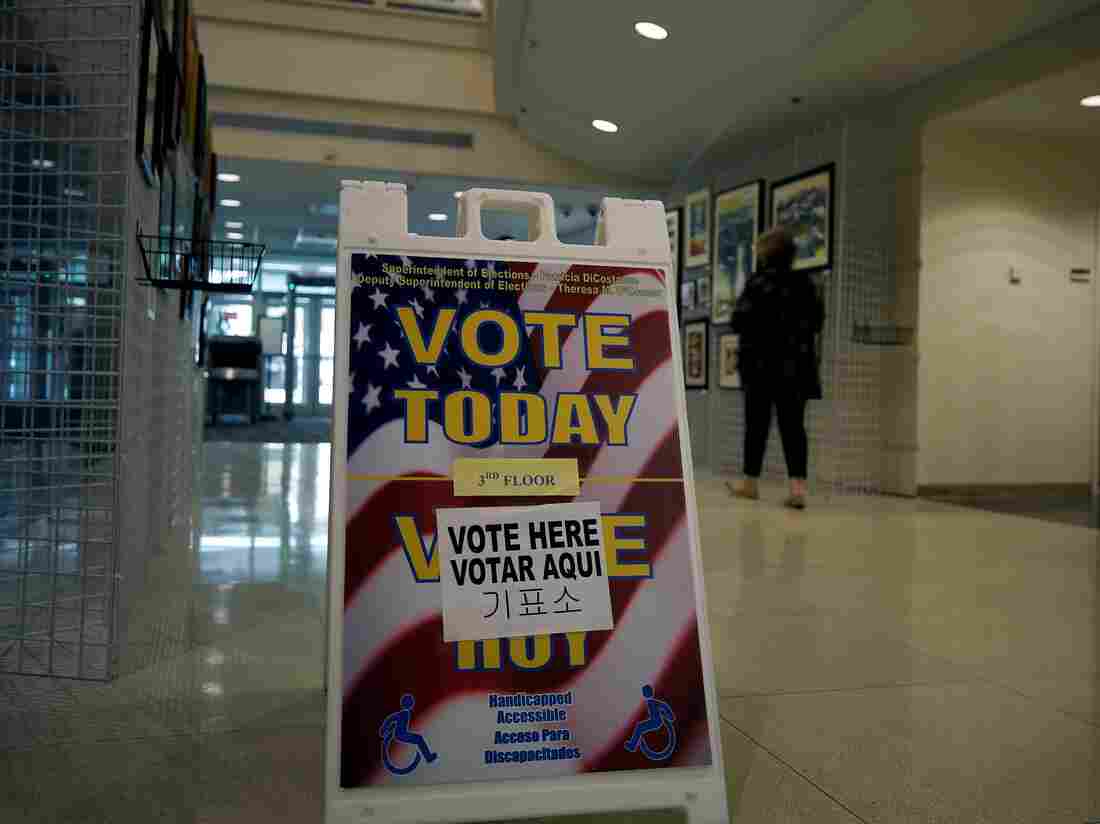 Voters went to the polls in a number of states Tuesday to decide on candidates and ballot measures. Anadolu Agency/Anadolu Agency via Getty Images hide caption 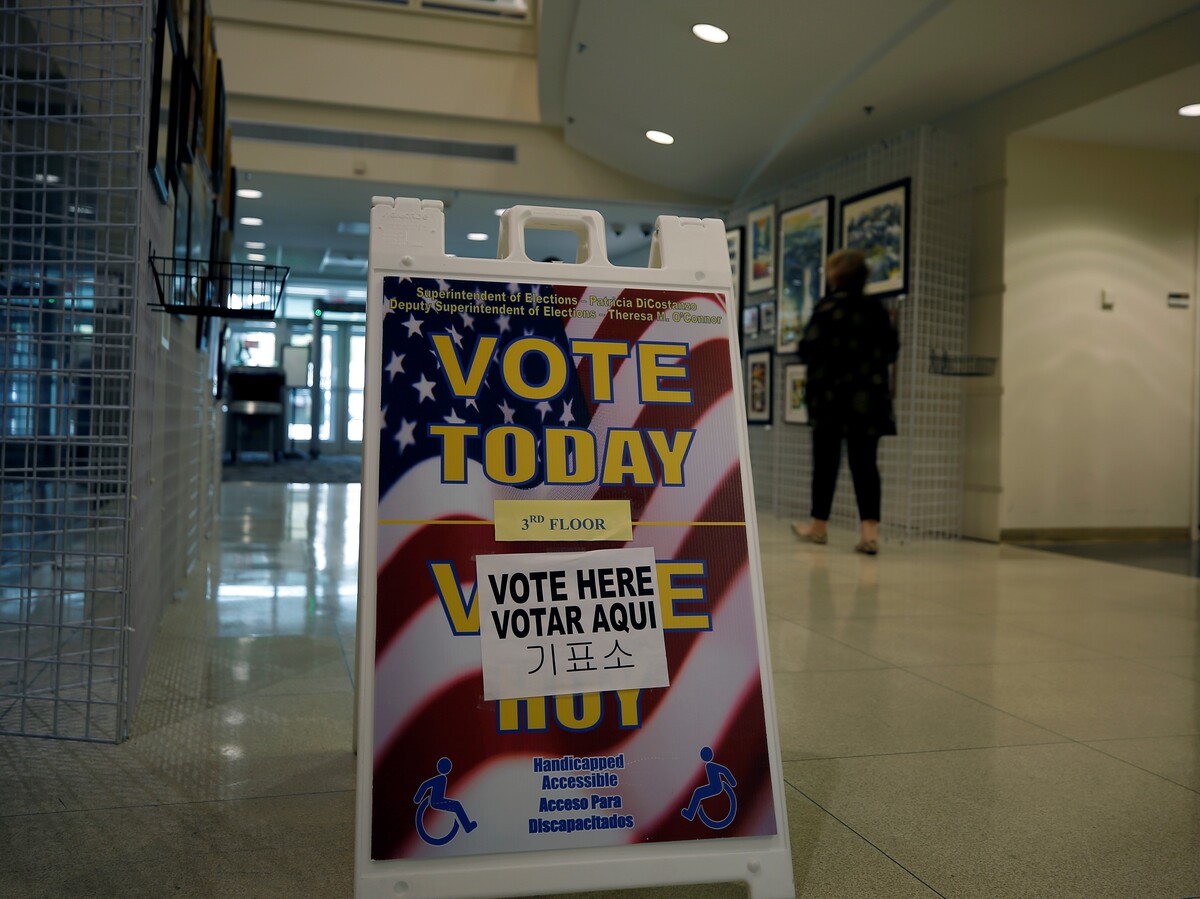 Voters went to the polls in a number of states Tuesday to decide on candidates and ballot measures.

Election Night 2019 is in the books. And while much of the focus is on the winning candidates in Kentucky, Mississippi and Virginia and what that might mean for the 2020 presidential election, millions of voters also decided on a range of ballot measures. Here's a short list of results from around the U.S.

While Arizona remains a conservative-leaning state, Democrats control the state's second largest city. Six years after the City Council designated Tucson an "immigrant welcoming city," some sought to push that mandate even further by allowing residents to decide on whether it should become a "sanctuary city."

Given the chance on Tuesday, Tucson residents roundly rejected the measure, with initial results showing more than 70% of voters disapproving. If approved, Prop 205 would have put in place more restrictions on how law enforcement officials there impose immigration laws.

As member station Arizona Public Media reports, if Proposition 205 had been OK'd, "it would likely have faced legal challenges based on potential conflicts with SB 1070."

That's the controversial Arizona law that allows law enforcement officials to check immigration documents if they suspect someone is in the country illegally.

Even Tucson's newly elected Democratic mayor, Regina Romero opposed the measure, according to Arizona Public Media. Romero made history Tuesday by becoming the first Latina and first woman to win that post — even got a shout out by Democratic presidential candidate and Massachusetts Sen. Elizabeth Warren.

Congratulations to @TucsonRomero on her historic election as the first Latina and first woman mayor of Tucson, Arizona! Regina is a champion for our environment and working families—and I'm looking forward to the big, structural change she'll bring to her community.

Both these propositions have to do with taxes. Proposition CC would allow the state to take money intended for tax refunds and put it toward education and transportation costs.

As Colorado Public Radio explains, Proposition CC "would have allowed the state to keep money that would normally be returned to taxpayers because it exceeds revenue caps set in the Taxpayer's Bill of Rights." However, voters rejected the measure, according to initial returns tallied by The Associated Press.

Backers of Proposition CC had pledged that future tax refunds from the state "would have gone to transportation, K-12 and higher education," as the member station reports.

On Proposition DD, the measure to legalize sports betting had been too close to call but supporters were able to eke out a victory.

By late Wednesday, the Colorado Secretary of State's office showed that "yes" votes had pulled ahead, 51% to 49%.

Proposition DD will impose a 10% tax on a gambling establishment's house winnings for the state to use to fund water projects around Colorado.

When the law goes into effect on May 1, CPR reports, the first sporting events Coloradans can "bet on is the Rockies vs. Phillies game the night of May 1. Nationally, the Kentucky Derby is run the next day, May 2."

In what was called "the most expensive municipal referendum" in New Jersey history, Jersey City residents overwhelmingly approved increasing regulations on short-term rentals. The move was widely seen as a blow to Airbnb and VRBO.

Voters said "yes" to limits on what units and properties are eligible for the part-time rentals, as well as capping the number of nights a property can be used as a rental at 60 per year, among other provisions.

According to NJ.com, Airbnb spent more than $3 million to defeat the measure, but the company failed to make much of an impact, as more than 69% of voters said "yes" to Question 1. 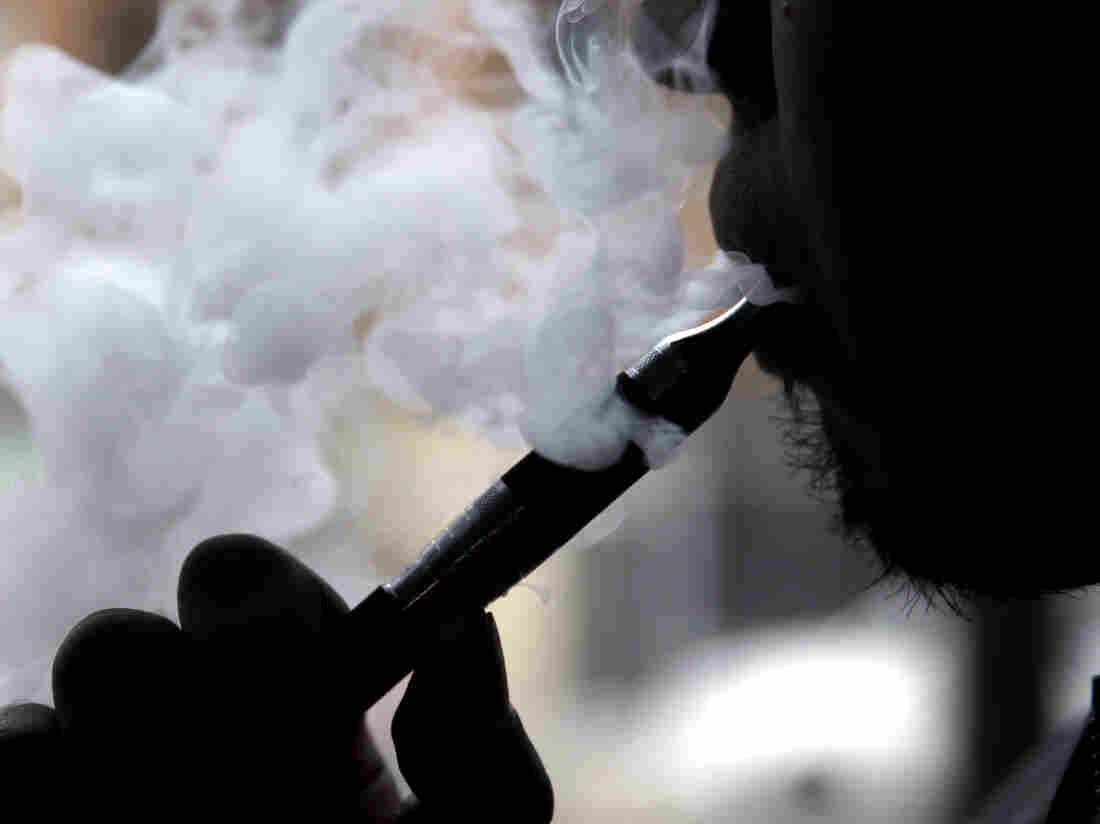 Voters in San Francisco rejected Proposition C, which was backed by e-cigarette maker Juul Labs and sought to overturn a San Francisco Board of Supervisors ban of e-cigarettes sales at brick and mortar stores, and barred deliveries of online purchases to addresses in the city. Nam Y. Huh/AP hide caption 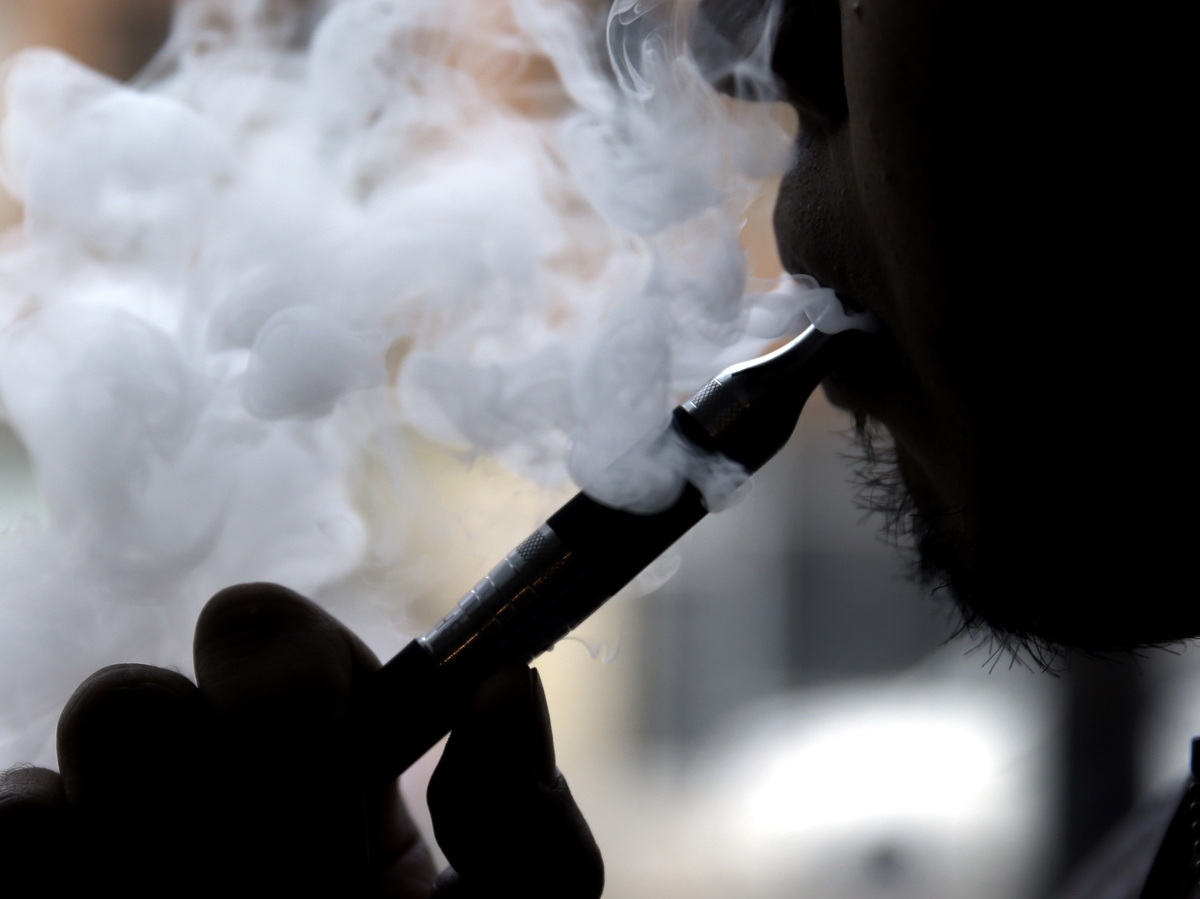 Voters in San Francisco rejected Proposition C, which was backed by e-cigarette maker Juul Labs and sought to overturn a San Francisco Board of Supervisors ban of e-cigarettes sales at brick and mortar stores, and barred deliveries of online purchases to addresses in the city.

Proposition C [on ban of e-cigarettes sales] is rejected

In June, the San Francisco Board of Supervisors unanimously approved a ban on the sale and distribution of e-cigarettes in the city until the Food and Drug Administration completes a product safety review. Proposition C, which was supported by e-cigarette maker Juul Labs, sought to overturn the board's decision before the ban goes into effect at the start of the new year.

As member station KQED reports, "voters overwhelmingly rejected the referendum, with the 'no' side pulling into a strong position just after polls closed Tuesday night and only strengthening its margin of victory as the evening progressed."

The Board of Supervisors' ban prohibits the sale of e-cigarettes in brick and mortar stores, and also bars vaping devices bought online from being delivered to addresses in San Francisco. KQED adds that Juul spent more than $18 million to defeat this ban.

Residents of Texas don't pay state income tax. On Tuesday night, Texans made sure it stays that way by approving a measure that make it even more difficult to impose such a tax.

As the Dallas Morning News reports, Texas typically promotes the lack of a state income tax as "a conservative bona fide and part of a key attraction for businesses."

With the passage of Proposition 4, the newspaper notes, "two-thirds of the Texas House and Senate will be required to vote to repeal the amendment."

If that weren't enough, lawmakers now also have to schedule a statewide election to implement any state income tax.

People in Washington state appear poised to send a message to lawmakers: Race, sex and ethnicity should not be factors when selecting a qualified applicant.

Voters banned affirmative action in 1998. Earlier this year, however, lawmakers passed a measure called Initiative 1000 that essentially reimposed affirmative action and allowed the state to weigh certain characteristics when making considerations on employment, contracting and acceptance in schools.

Referendum 88 put I-1000 to a vote — enough "no" votes would keep the initiative from going into effect. As of Wednesday afternoon, the referendum was failing by a narrow margin. Assistant Secretary of State Mark Neary says Washington state is still counting roughly 365,000 mail-in ballots.

"After majority Democrats passed [I-1000] in the final hours of the Legislative session this April, opponents gathered enough signatures over the summer to put the new law to a public vote.

"The opposition effort was led by a group of Asian Americans who said they feared their children would be passed over for university admissions in favor of other racial minorities. ...

"A mostly African American coalition delivered Initiative 1000 to the Legislature in January. This fall, a diverse coalition of business, labor and advocacy organizations, known as the Washington Fairness coalition, campaigned to protect the law from repeal."

The affirmative action vote more than 20 years ago was "emotional and highly charged," The Seattle Times notes, adding that Tuesday's vote in essence served as a new "barometer for feelings about the state of equity and discrimination."