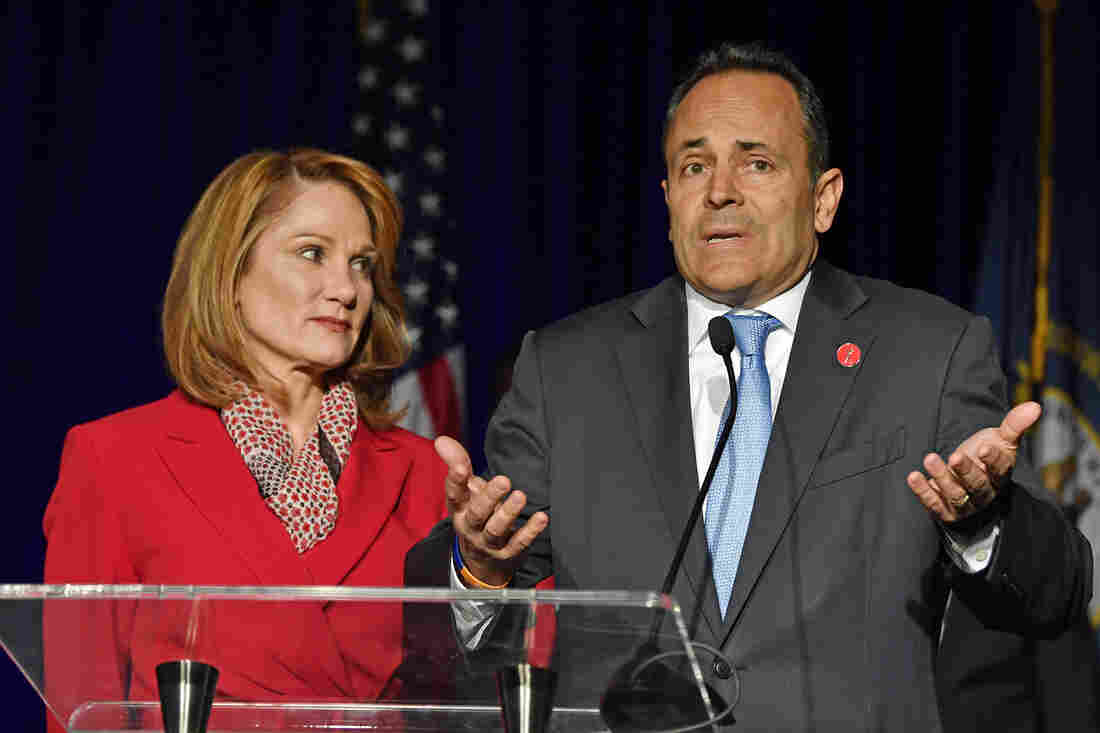 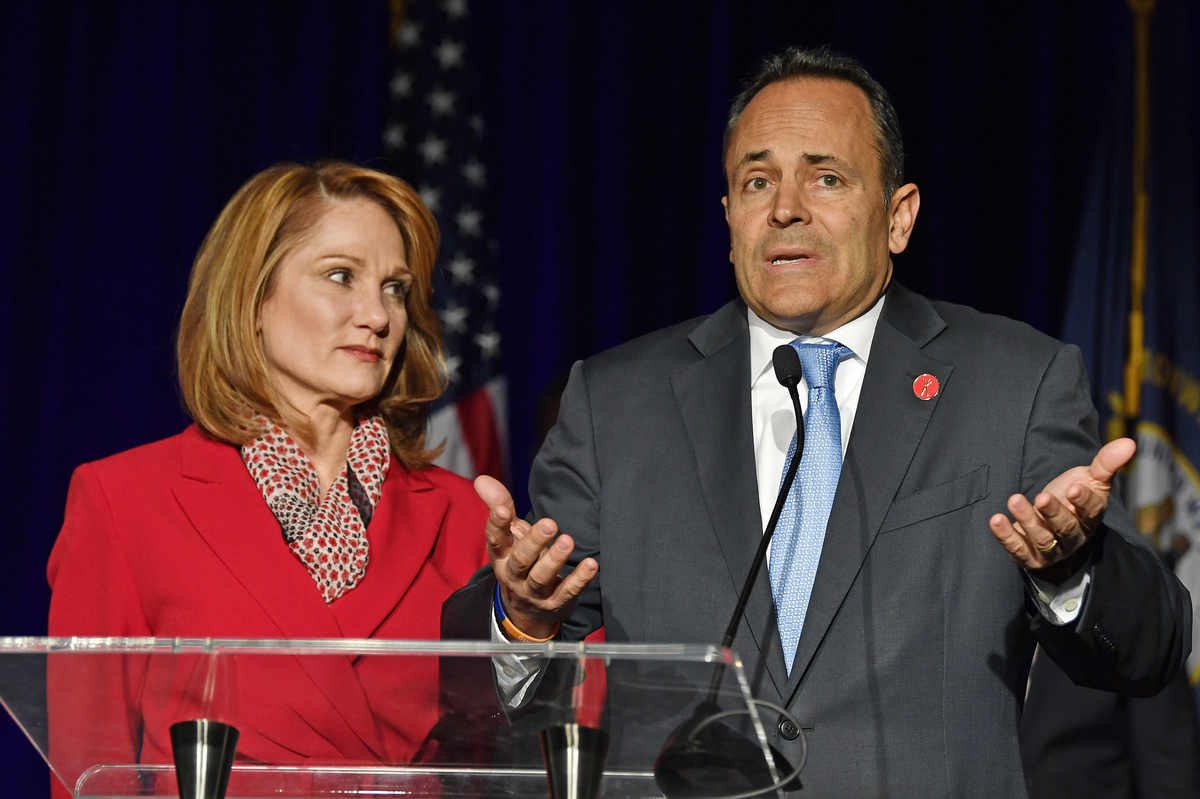 Kentucky Gov. Matt Bevin, with his wife, Glenna, speaks to supporters gathered at the Republican Party celebration event in Louisville, Ky., on Tuesday. Bevin has requested a recanvassing of the gubernatorial election's results.

Kentucky Republican Gov. Matt Bevin is formally asking for a recanvass of Tuesday's gubernatorial election, in which vote totals show Democratic Attorney General Andy Beshear ahead by just over 5,000 votes. A recanvass is a double-checking of the vote totals and rarely produces different results.

In a statement, Bevin's campaign manager said: "The people of Kentucky deserve a fair and honest election. With reports of irregularities, we are exercising the right to ensure that every lawful vote was counted."

Bevin and his campaign have provided no details about election irregularities that they say took place during the race.

As of Wednesday, the number of election law complaints reported to the attorney general's office was on par with those made in 2015.

University of Kentucky election law professor Joshua Douglas said that other than a recanvass, Bevin's option is contesting the election, which would be settled by the Republican-led legislature. Kentucky law has no provision for a recount in gubernatorial races. But Douglas was skeptical a recanvass would make much difference for Bevin.

"Well, I think the 5,000-vote differential out of 1.4 million cast — yeah, although it sounds small — is actually a pretty large amount when it comes to the likelihood of the vote totals changing in any of these post-election disputes," Douglas said.

Recanvasses are commonly requested in close races in Kentucky, but they have never produced a different election outcome and rarely produce a different vote total.

In 2015, Bevin's opponent in the Republican primary, James Comer, requested a recanvass of the contest that Bevin won by 83 votes, producing no change in vote totals.

In a statement, Beshear campaign manager Sam Newton expressed hope that the recanvass would be the last step in the process.

The recanvass is scheduled to take place on Nov. 14 at 9 a.m.