Accessibility links
Australian Soccer Contract Improves Matildas' Pay And Working Conditions The deal will lift salaries for the Matildas by 90% and promises parity in training and travel. Norway and New Zealand have made similar moves, as a lawsuit against U.S. Soccer continues. 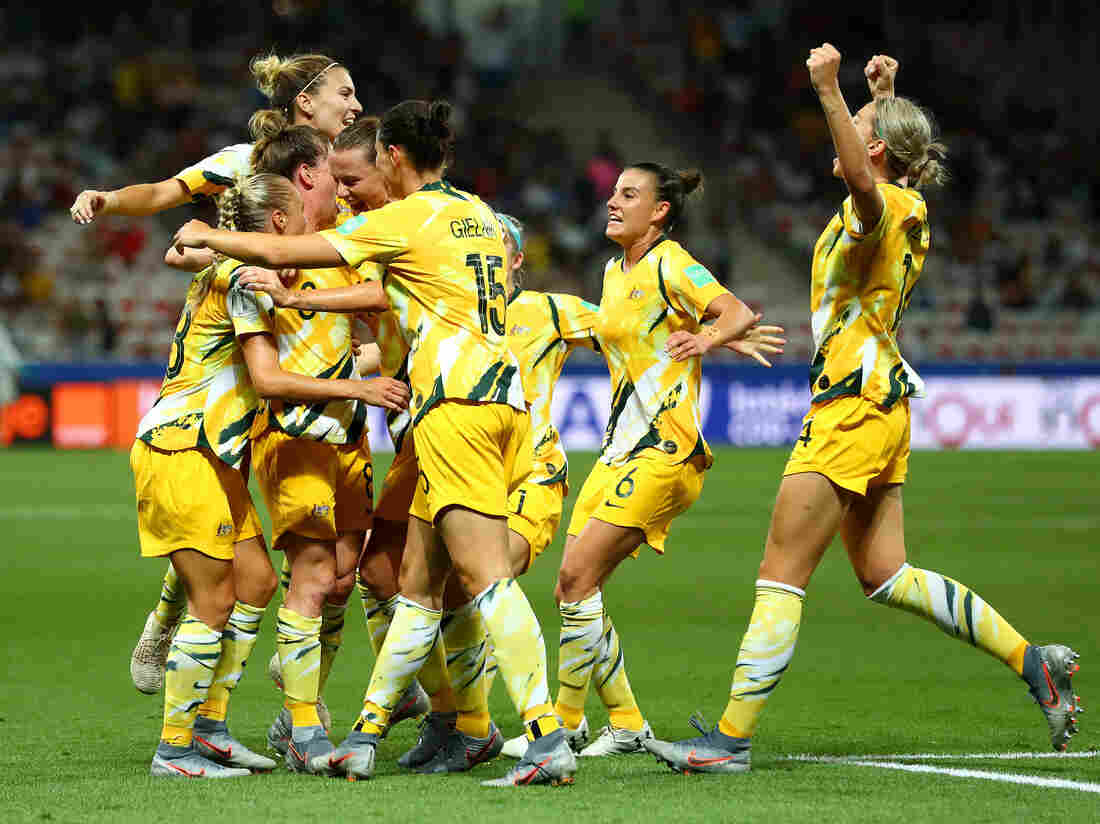 Australia celebrates a goal during its knockout round match against Norway during the Women's World Cup in France in June. Football Federation Australia announced a new deal on Wednesday to improve pay and conditions for the women's team, known as the Matildas. Martin Rose/Getty Images hide caption 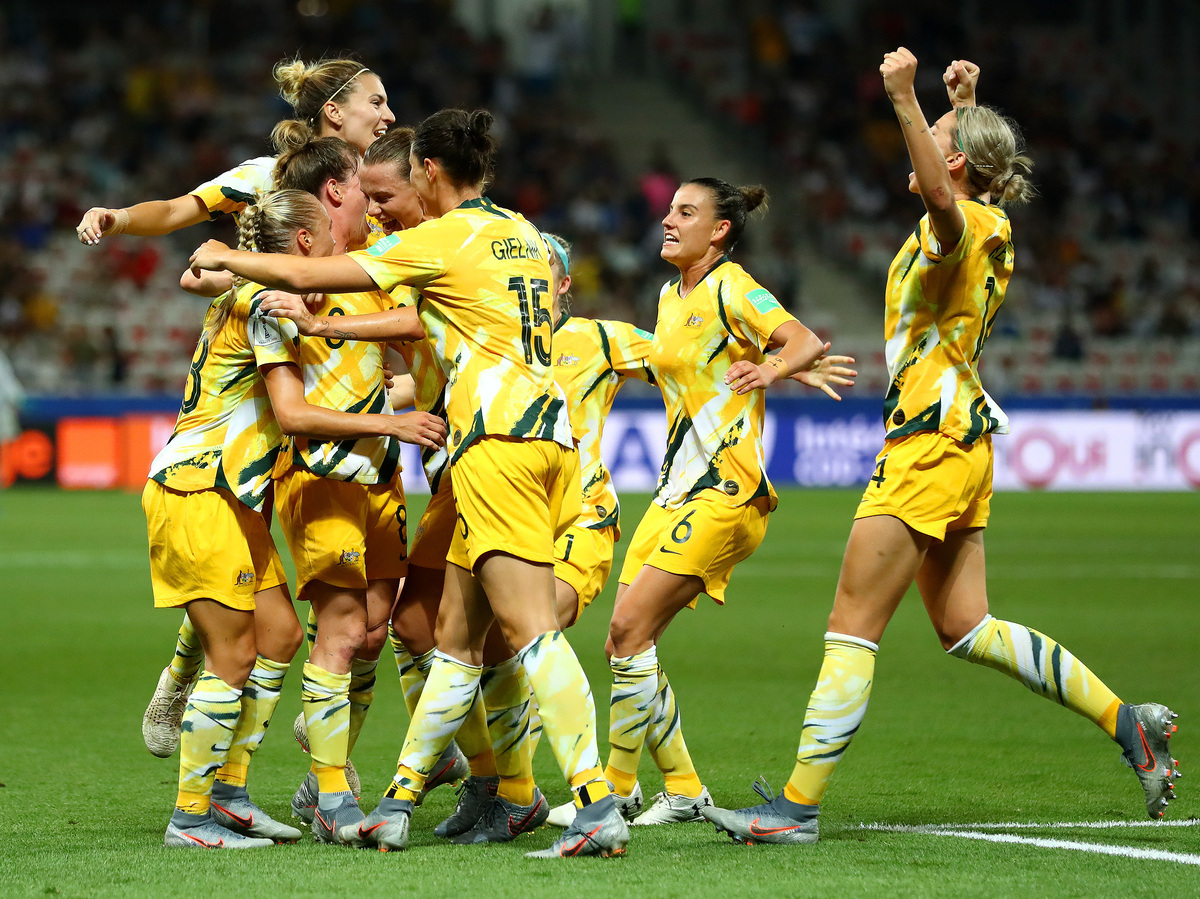 Australia celebrates a goal during its knockout round match against Norway during the Women's World Cup in France in June. Football Federation Australia announced a new deal on Wednesday to improve pay and conditions for the women's team, known as the Matildas.

Australia's soccer governing body says it has reached an agreement with its top-flight men's and women's teams that will give the teams an equal share of player-generated revenue and lift the salaries of its women's team.

Under the collective bargaining agreement between Football Federation Australia and Professional Footballers Australia, the two teams will be granted 24% of the revenue that they generate: 19% for themselves, and 5% to be invested in their names in the country's youth national teams. The share paid to players will rise one point a year.

The FFA says the deal amounts to a 90% raise in guaranteed minimum payments for the Matildas, as the women's team is known. The men's team is the Socceroos. (Australia has achieved relative parity in team nicknames.)

The contract promise other improvements for the women's team. The federation says it will upgrade the parental leave policy to provide more support for Matildas both during pregnancy and when they return to the pitch. Training conditions will now match those of the men's team. And the Matildas will travel in business class on international flights, as the Socceroos long have.

The agreement is good for four years, governing the payouts for the next men's and women's World Cups. Australia is among the nations vying to host the 2023 women's tournament.

The Matildas have historically fared better on the international stage than their male counterparts. At the 2019 Women's World Cup, the Matildas were eliminated by Norway on penalties in the round of 16, while the Socceroos finished last in their group at the 2018 men's tournament.

Under the new deal, players will get 40% of the prize money awarded by FIFA for playing in a World Cup, rising to 50% if they qualify for the knockout round. That's up from the 30% the teams made before.

But it also represents the contract's limits in terms of parity, because the payouts from FIFA are so much smaller for the women's tournament. In 2023, women's teams will share $60 million, while in 2022 the men will divide $440 million – a pot more than seven times bigger.

Meanwhile, the U.S. women's team lawsuit alleging gender discrimination by U.S. soccer continues. Mediation between the two parties broke down, and the case is headed for trial in May 2020.

Alex Morgan, co-captain of the U.S. team that made "equal pay" their cry of victory at last summer's World Cup, said in August that she's hopeful the two sides can find a resolution before going to court.

The team's fight for parity isn't for themselves, she said, but for the next generation of players.

"We're not going to reap the benefits from equal pay and what we're fighting for," she told NPR. "That next generation should feel confident that they're in good hands, and that we are setting up this structure, and this compensation, and this true equality for them."