Accessibility links
Who Was On The Trump-Ukraine Call On July 25? On July 25, President Trump spoke with Ukrainian President Volodymyr Zelenskiy. The phone call would become the foundation of a whistleblower complaint that would lead to a formal impeachment inquiry.

It's the call that spurred an impeachment inquiry. On July 25, President Trump spoke with Ukrainian President Volodymyr Zelenskiy. The phone call would become the foundation of a whistleblower complaint alleging that Trump held up military aid for Ukraine to pressure Zelenskiy to investigate Trump's political rivals.

The rough transcript of the call released by the White House revealed that Trump did ask Zelenskiy about investigating a debunked conspiracy theory that alleges a Ukrainian company actually interfered in the 2016 election. He also requested an investigation of former Vice President Joe Biden and his son, Hunter. The rough notes detailing the talk were moved to a classified system reserved for highly sensitive information.

The content of that call is now driving an impeachment probe, with questions about what exactly was said and what happened in the aftermath. Trump and Zelenskiy were not the only people on the line for the conversation. As is typical with head-of-state calls, a number of officials and staff members also listened in.

The White House has not released a full list of participants, but NPR has compiled a list of people identified so far. 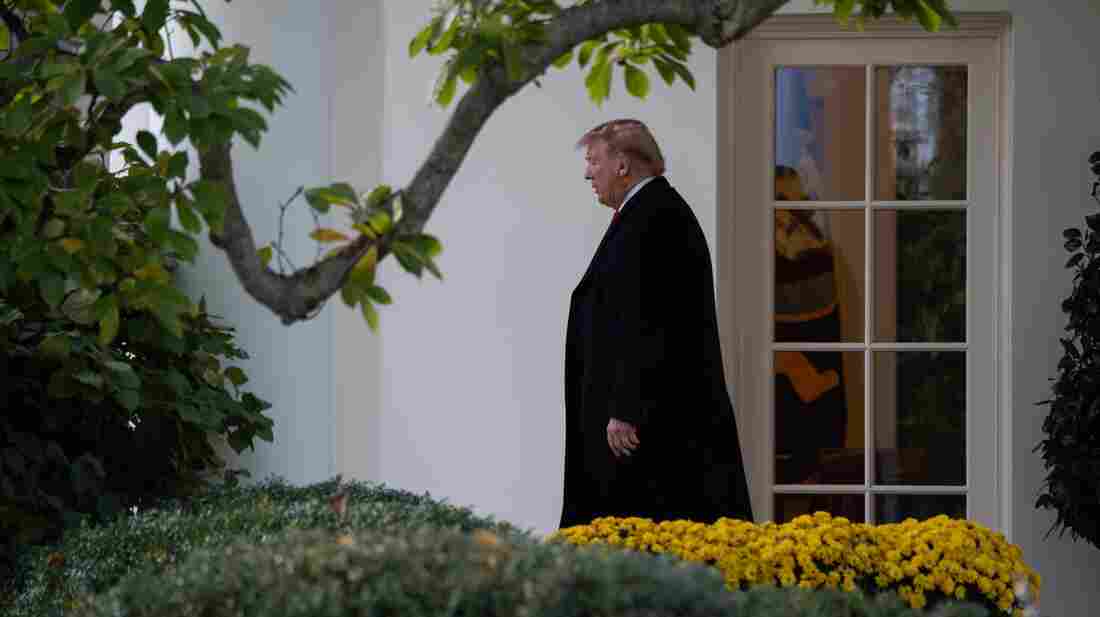 President Trump walks out of the Oval Office at the White House on Monday. Nicholas Kamm/AFP via Getty Images hide caption 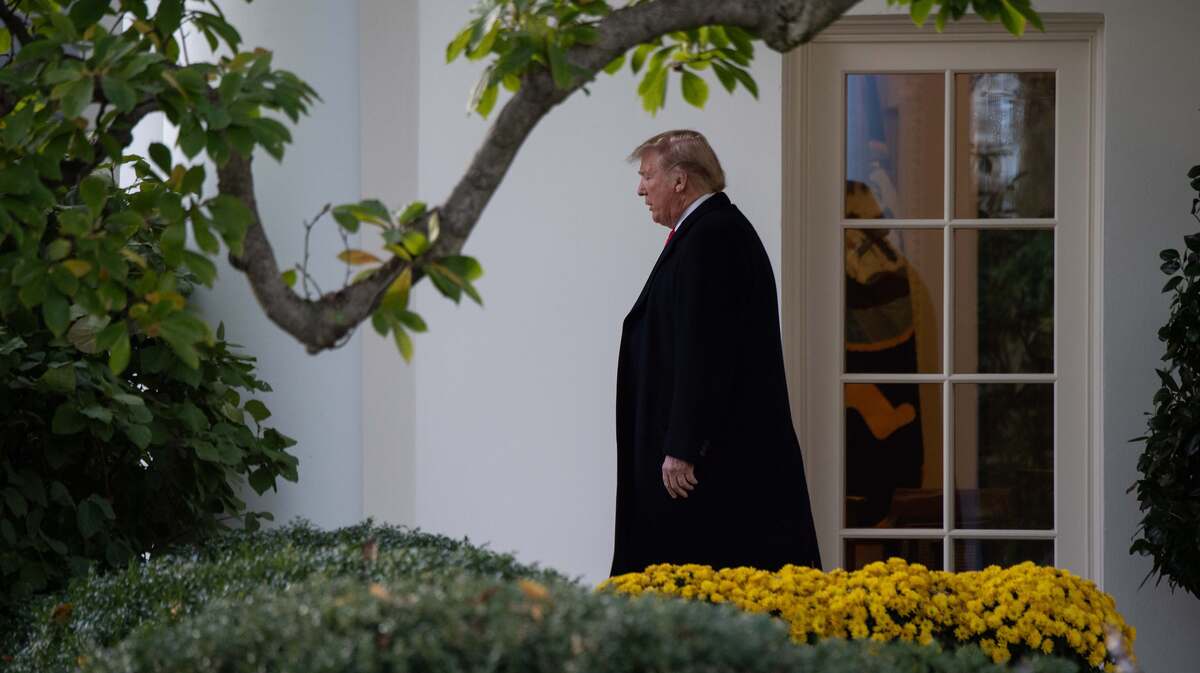 President Trump walks out of the Oval Office at the White House on Monday.

President Trump says this was the "perfect" call. He argues that there was no "pressure" on Zelenskiy to investigate anyone and that it was completely appropriate to ask about the Bidens. "READ THE TRANSCRIPT! I knew people were listening in on the call (why would I say something inappropriate?), which was fine with me, but why so many?" Trump tweeted on Oct. 29. 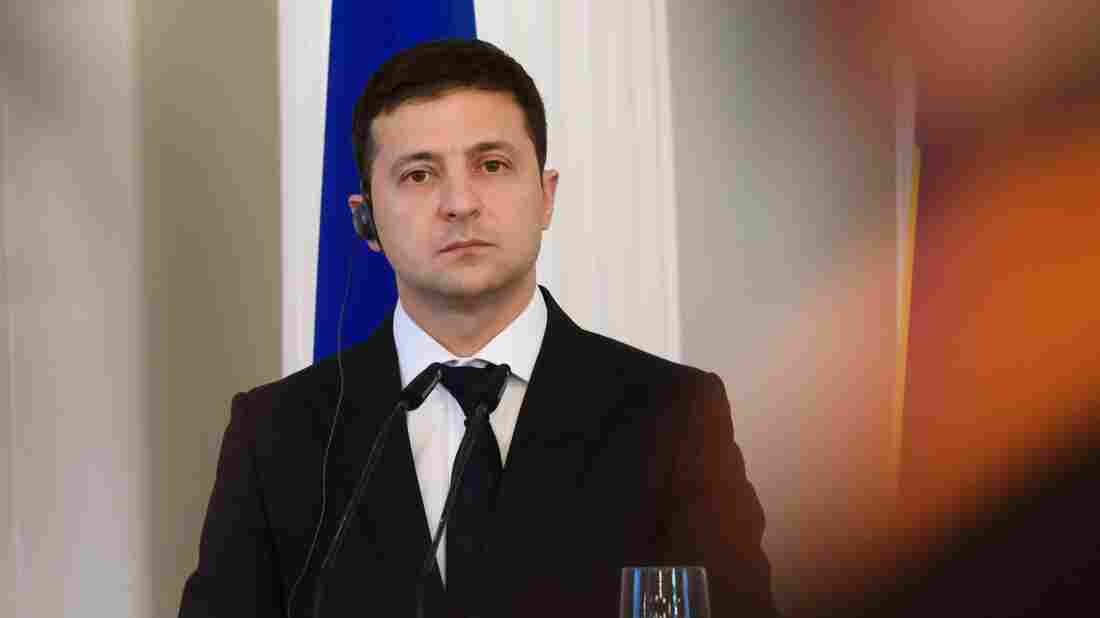 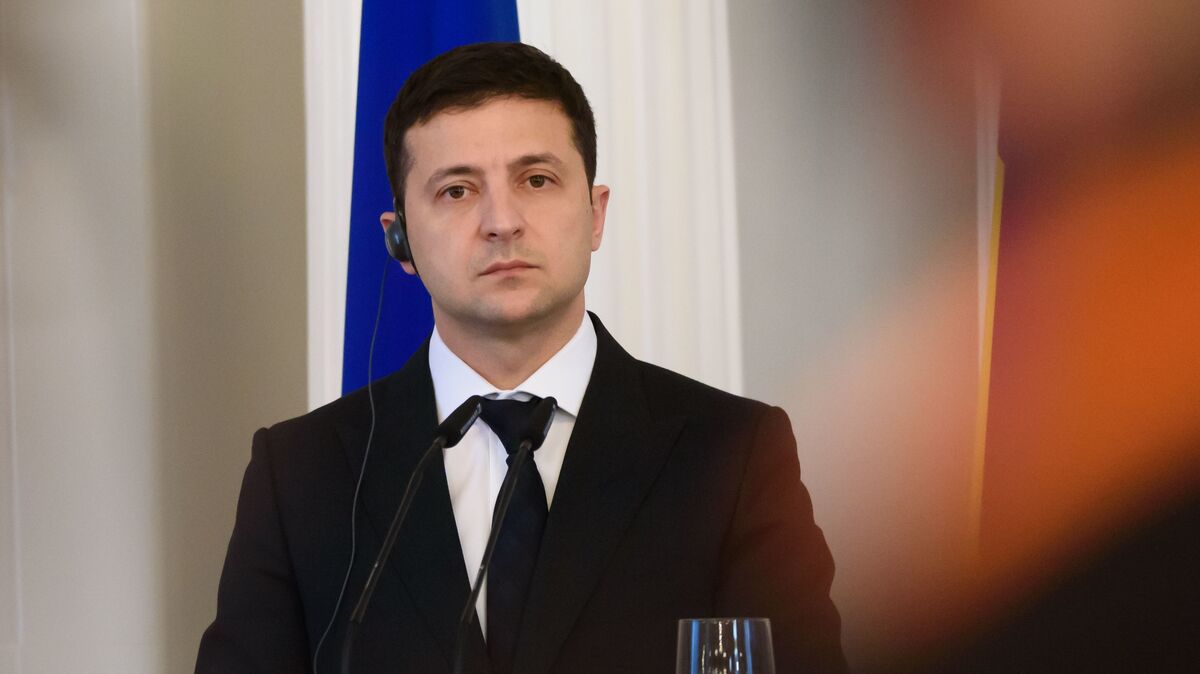 During the call, Volodymyr Zelenskiy was asked by President Trump to launch investigations that could help Trump in the 2020 election. In exchange, witnesses have told Congress, the White House was willing to facilitate engagement with Trump and the continued flow of military assistance. Zelenskiy, when asked in the open, has said he never felt "pushed" by Trump. But press reports suggest he felt pressure even before taking office. 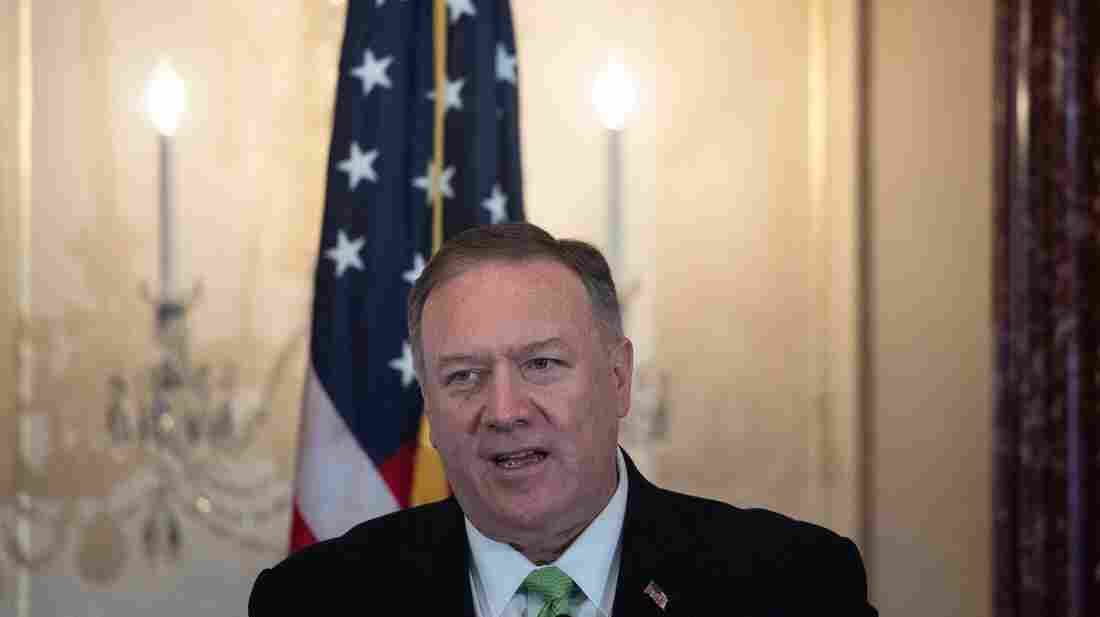 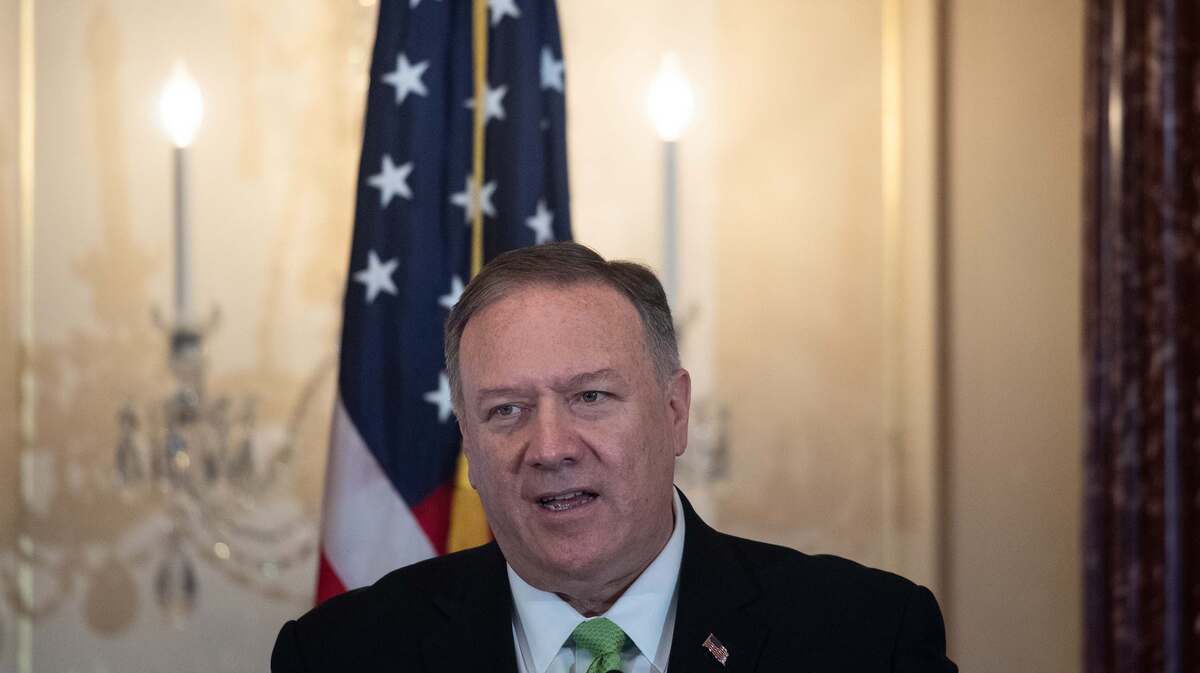 Mike Pompeo was coy when reports first surfaced about the whistleblower complaint, but he eventually confirmed that he was on the July 25 call. He has defended the conversation. He told the New York Post that the call was "deeply consistent" with the administration's Ukraine policy. He says Trump asked about Joe Biden because he was concerned about corruption. 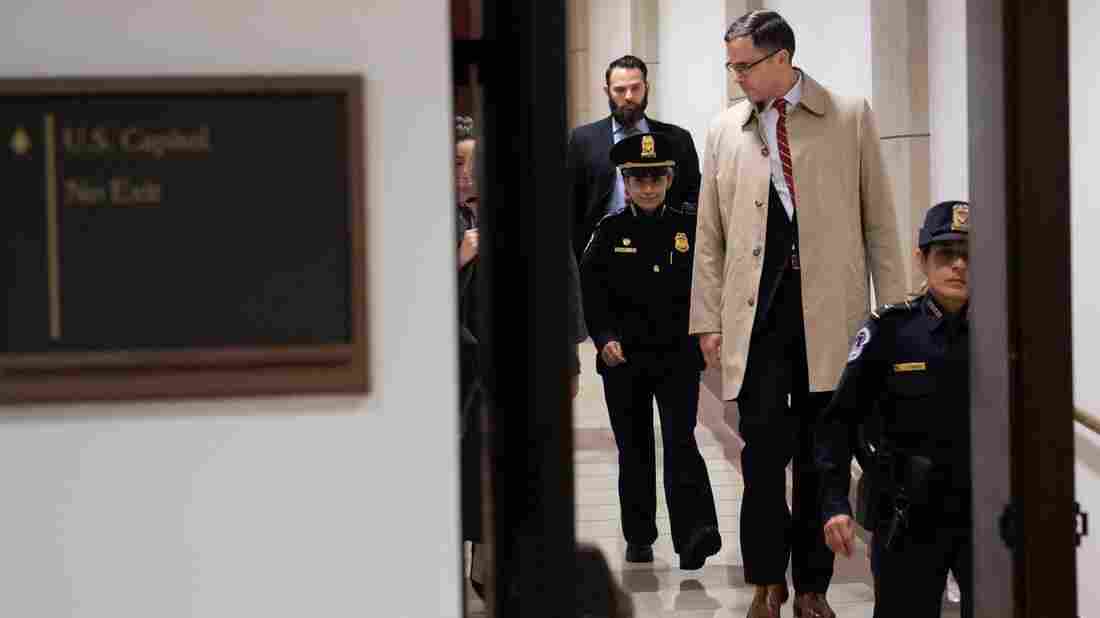 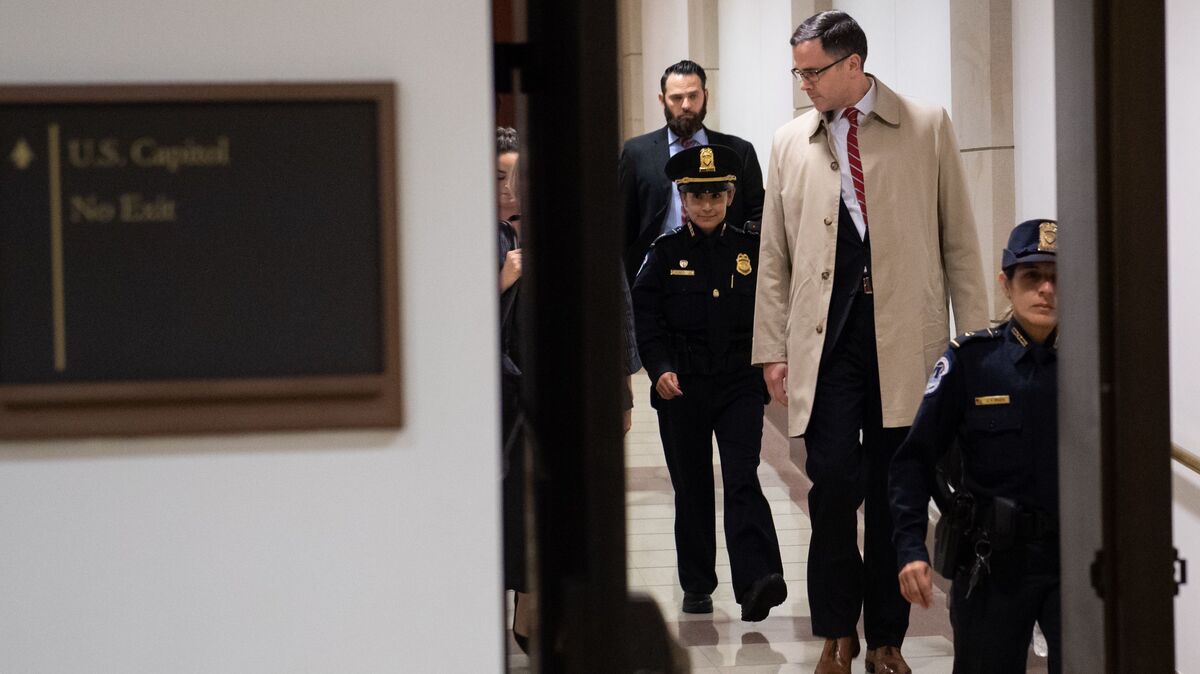 Timothy Morrison was the top Russia official for the National Security Council at the time of the call, which he listened to from the Situation Room. He said the rough log of the call released by the White House "accurately and completely" reflects the substance of the conversation. Morrison said he did ask NSC legal staff to review the log of the conversation, because he was concerned the content might leak and affect bipartisan support for Ukraine. He said he did not believe that anything illegal was discussed. 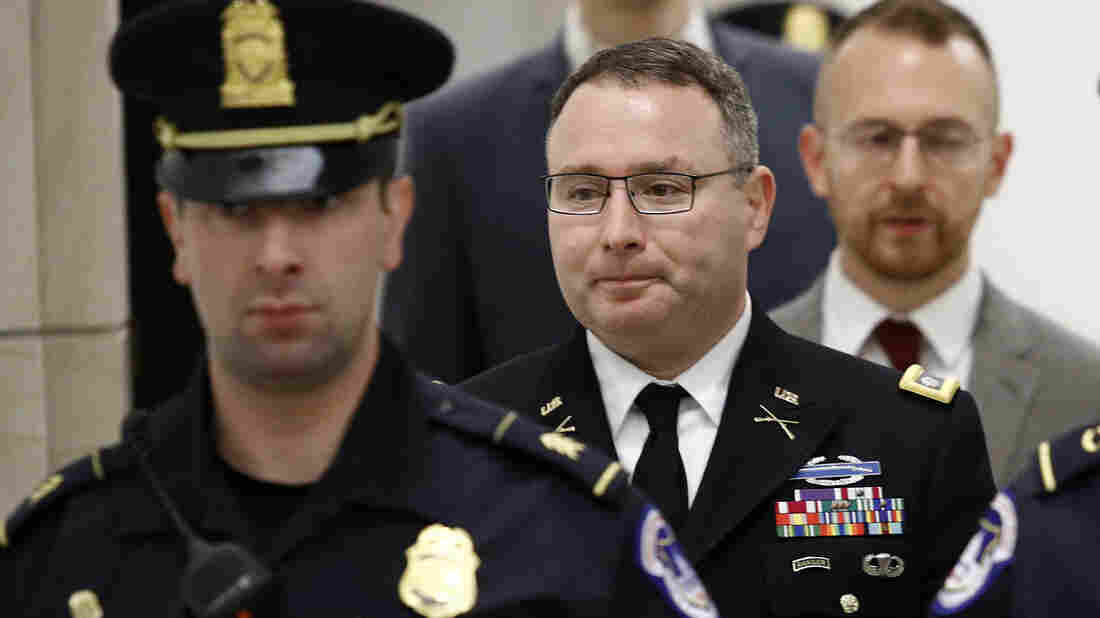 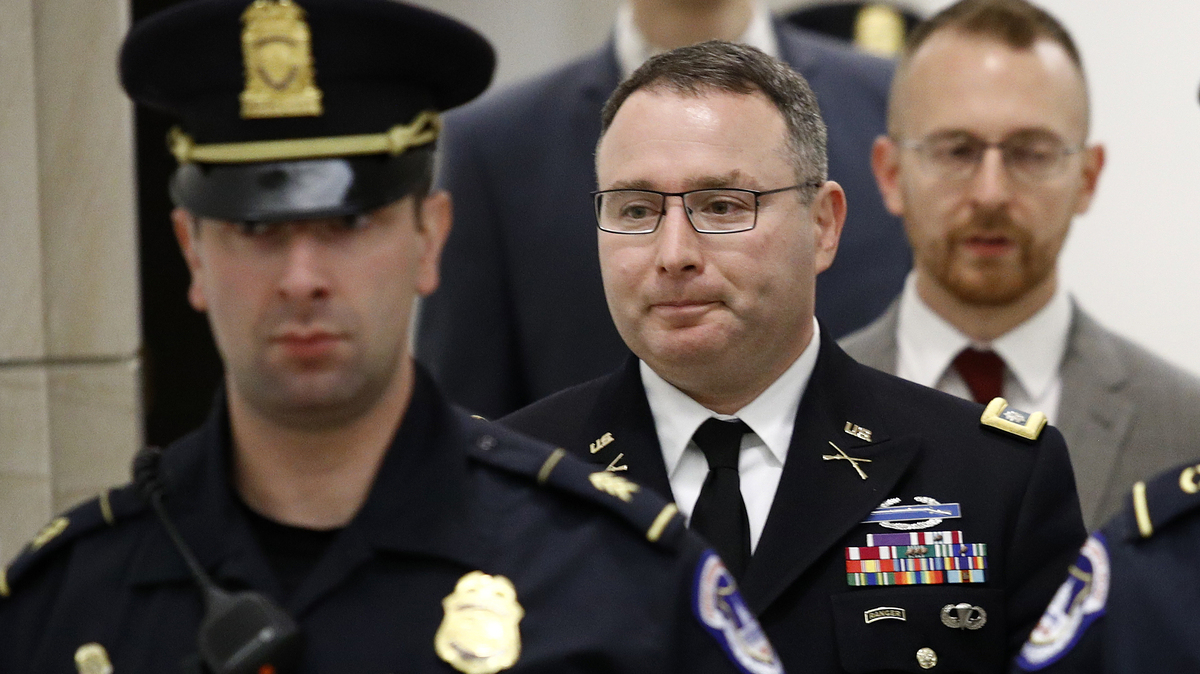 Army Lt. Col. Alexander Vindman is an Iraq War veteran who has served on the NSC since July 2018. He listened to the call from the Situation Room. He said he did not think it was "proper" to ask a foreign government to investigate a U.S. citizen. Vindman reported his concern to NSC's lead counsel.

Charles Kupperman served as a top aide to then-National Security Adviser John Bolton. He left the administration shortly after Bolton's departure. The Washington Post reported that Kupperman was concerned about the call and the administration's handling of policy toward Ukraine. Kupperman has filed a lawsuit asking a federal court to determine whether he should comply with a congressional subpoena or with the White House order that he not testify in the impeachment inquiry.

Robert Blair advises acting White House Chief of Staff Mick Mulvaney on foreign policy. Before his current position, he was an associate director in the Office of Management and Budget over national security programs. Blair spent more than a decade on the Republican staff of the House Appropriations Committee. News outlets have reported that Blair was on the line for the call, but he has not publicly confirmed that. 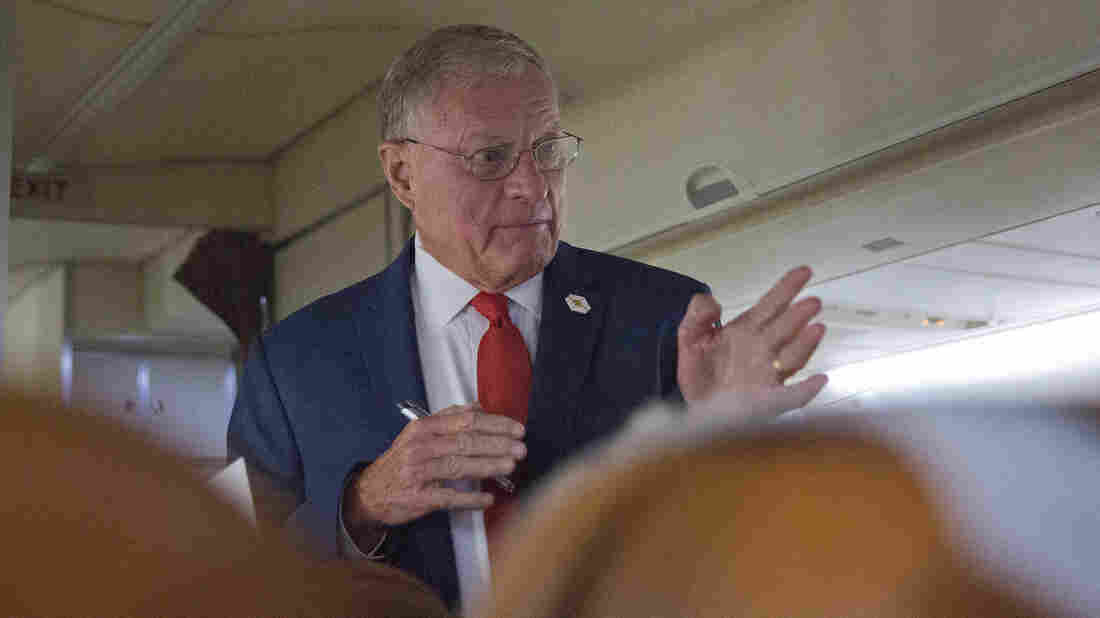 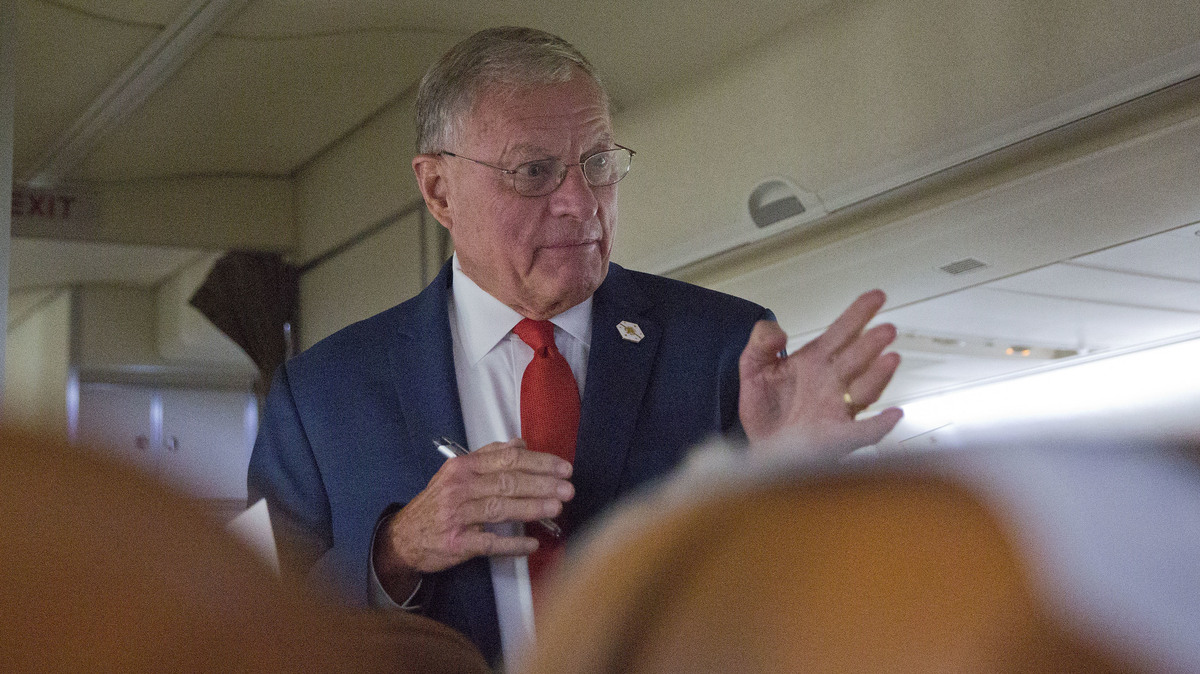 Keith Kellogg aboard Air Force One in 2017.

Retired Lt. Gen. Keith Kellogg was tapped by Vice President Pence as a national security adviser in April 2018. The Vietnam War veteran also served as chief of staff at the NSC. According to the Washington Post, Kellogg monitored the call with Zelenskiy, but Pence and his staff were unaware that any concerns had been raised about it.

Jennifer Williams
Adviser to Vice President for Europe and Russia

Jennifer Williams is expected to appear at the House impeachment inquiry for a Nov. 7 deposition. She has been a foreign service officer since 2006, according to her LinkedIn profile.

A former spokeswoman for the U.S. Embassy in London, Williams began working in April for Vice President Pence's office, covering European and Russian issues. She listened to the call, a White House aide said, and later traveled with Pence for a meeting with Zelenskiy in Warsaw, Poland.

Other duty officers and policy staff for the White House Situation Room are believed to have monitored the call to help memorialize the conversation in written form as the conversation took place — a standard practice for presidential calls with world leaders. Translators for both leaders are also believed to have participated. The whistleblower's complaint identified one State Department official as listening in — T. Ulrich Brechbuhl — but the State Department has said Brechbuhl was not on the call.