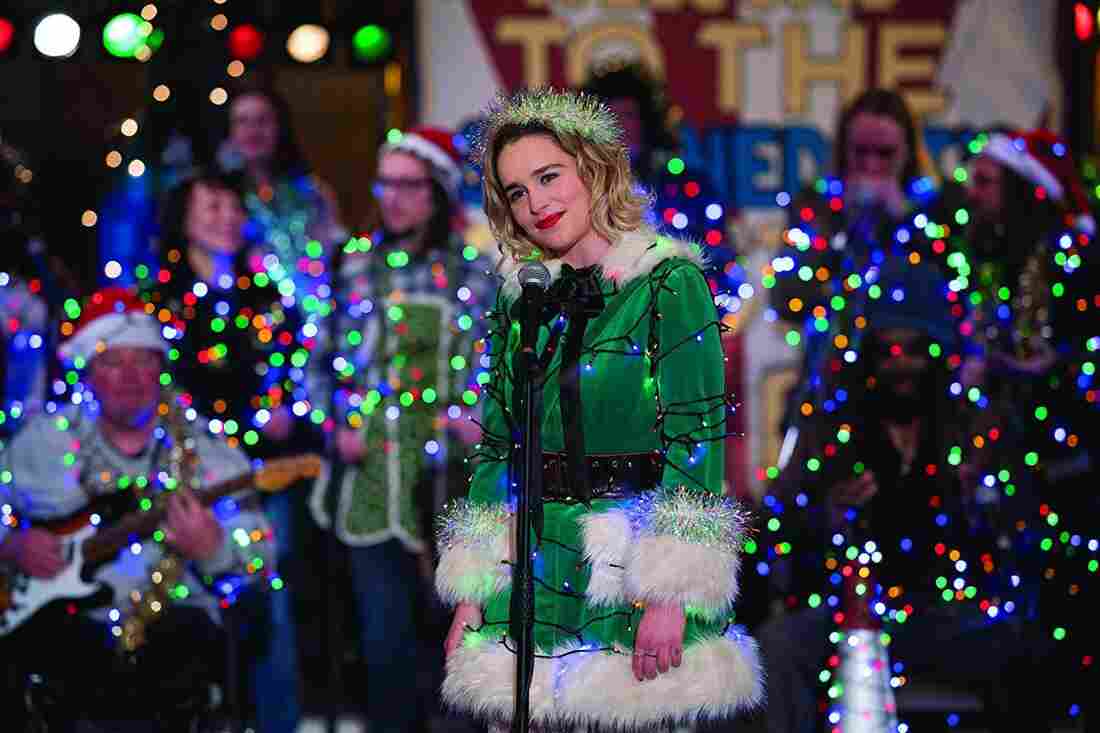 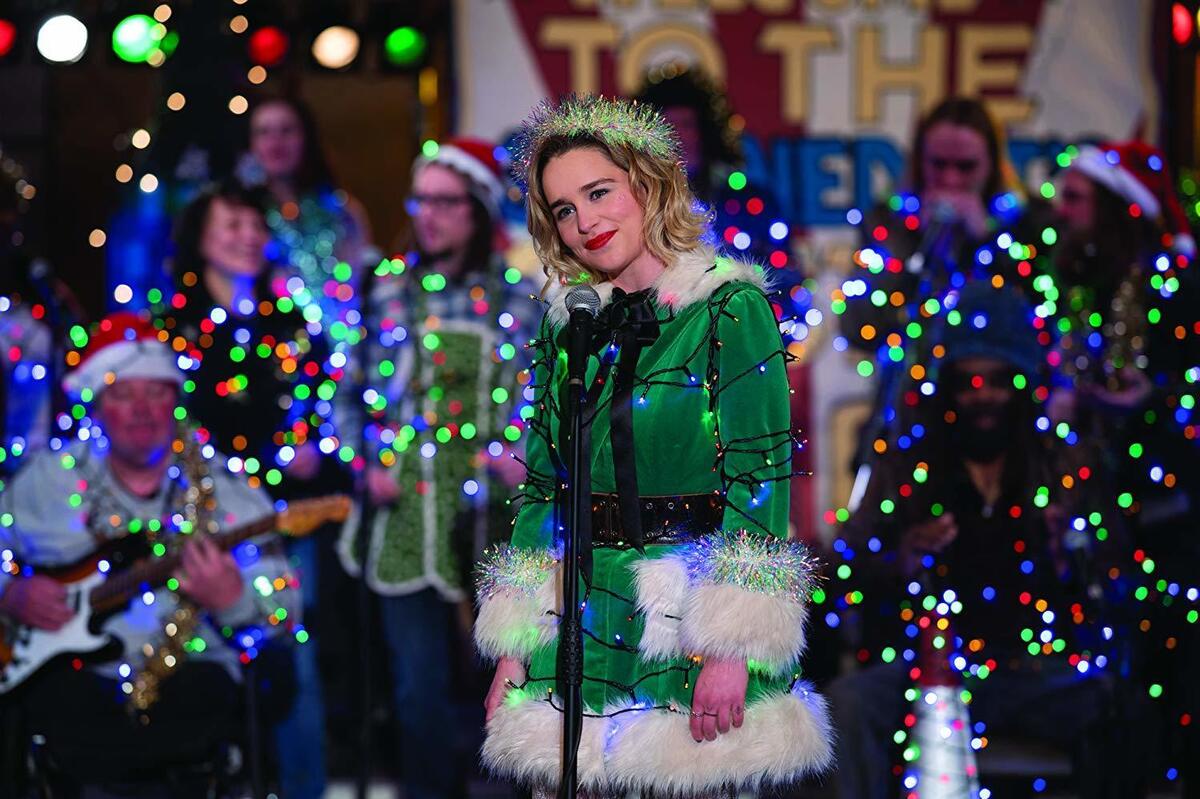 Last Christmas is moviemaking as a Top Chef challenge. Your assignment: Craft a warm, engaging, character-driven romantic comedy, a type in very short supply these days. Your must-use ingredients: Lots of Christmas tinsel and, for some reason, the entire back catalog of George Michael.

Presents are in order, then, for Emma Thompson, whose screenplay for Last Christmas — aided by her husband Greg Wise and co-writer Bryony Kimmings — goes a long way toward making this holiday confection not only presentable but often downright pleasant. The film might have an obligation to feature as many George Michael songs as possible, but it manages to do so in service of a fun, if shaggy, character study. Director Paul Feig gets too lost in the messy material to put his usual irreverent spin on it, and there's a big, silly twist in the middle of this thing that doesn't really work, but none of it can harsh the rest of the movie's good-natured vibe.

If the only thing you've seen Emilia Clarke do is herd dragons as Khaleesi on Game of Thrones, an eight-year role in which she was never once required to be happy, you wouldn't know she's rocking one of the most winning smiles in modern movies. Her charm was the best thing about the otherwise plodding romantic weepie Me Before You. Clarke shines here as Katarina, a refugee of the former Yugoslavia now living in London, whose dreams of being a singer have been squandered as she's dragged herself into adulthood. Instead, Kate (she insists on dropping the ethnic stuff from her name) works as an elf at a Christmas goods store, crashing on friends' couches and in strangers' beds, blowing her auditions and generally making a mess of herself.

Later we get a little more explanation for Kate's reckless behavior: She had a heart transplant a year prior (shades of Clarke's own past medical battles) and hasn't felt like herself since. Suddenly on hand to help her do just that is the dashing Tom (Henry Golding from Crazy Rich Asians), a free-spirited bike messenger who catches sight of her in full elf gear outside the store and leads her on odysseys through London's parks and alleyways. As he was in Asians, Golding's role here is to be the impossibly perfect fairy-tale man; but at least this time we eventually wind up with an explanation for why he seems to have no internal life.

Last Christmas finds much of its comedy in multiculturalism, embracing the bubbling mess of lives in modern London like a cruder take on the Paddington universe. The regal Michelle Yeoh plays Kate's boss, and there's a clever joke where she explains she chose "Santa" as her Anglicized name so that her Christmas shop would play better to customers. Many of the other jokes come from Thompson herself, donning a heavy Slavic accent to play Kate's depressed and chronically overbearing mother. The movie is set in the run-up to the 2016 Brexit vote, and its political undertones might strike some viewers as unforgivably jarring. In one scene, a white man yells at some Slavic immigrants on a bus, prompting a slowly self-improving Kate to greet them in their native tongue and assure them they are welcome here.

If you're someone who tends to resent this kind of tonal whiplash in your romantic comedies, Last Christmas probably won't be for you. It may have some unexpected fantasy elements, but it doesn't take place in a fantasy world. When Kate insists that she's "homeless," because she refuses to go live with her mom, Tom takes her to visit an actual homeless shelter; she's so distraught over her own self-pitying that she eventually winds up volunteering there. You can either read such developments as glib and cloying or as a sincere effort to encourage good behavior. The holiday season will be less painful for you if you choose the latter.

The George Michael songs are mostly grafted around the edges rather than inserted into the plot, which was the most graceful approach to this movie. Often they're inserted in awkward or on-the-nose moments (Kate is a big fan of the singer). This isn't a jukebox musical, but more of a sonic landscape for turning self-improvement power-pop into a feature-length movie. Of course Clarke sings the title song for us, because last Christmas someone gave her their heart. Yes, it's cornball, but it still beats.