Accessibility links
40 Years Of 'Morning Edition': Political Stories That Lasted An Era And Beyond In 1979, when Morning Edition debuted, the United States was entering an era in which big stories often seemed to last for months and even years — and some just never seemed to go away. 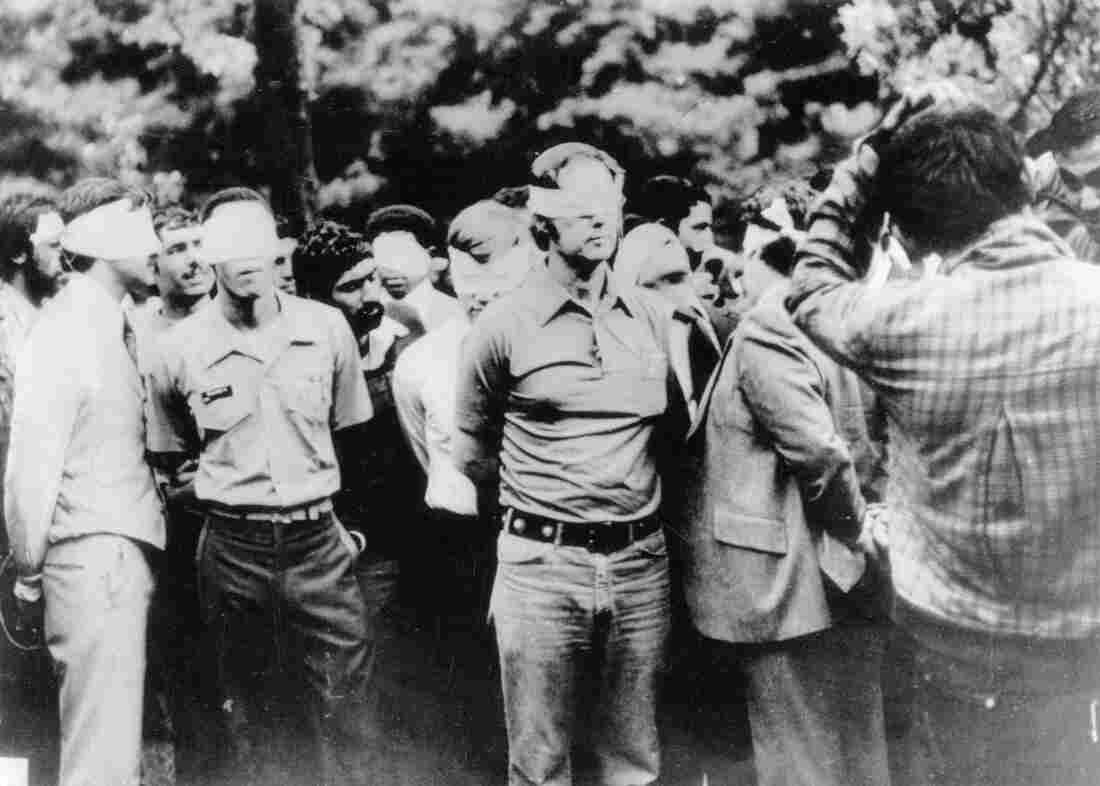 American hostages are paraded by their Iranian captors on the first day of the occupation of the U.S. Embassy in Tehran in 1979. Bettmann Archive/Getty Images hide caption 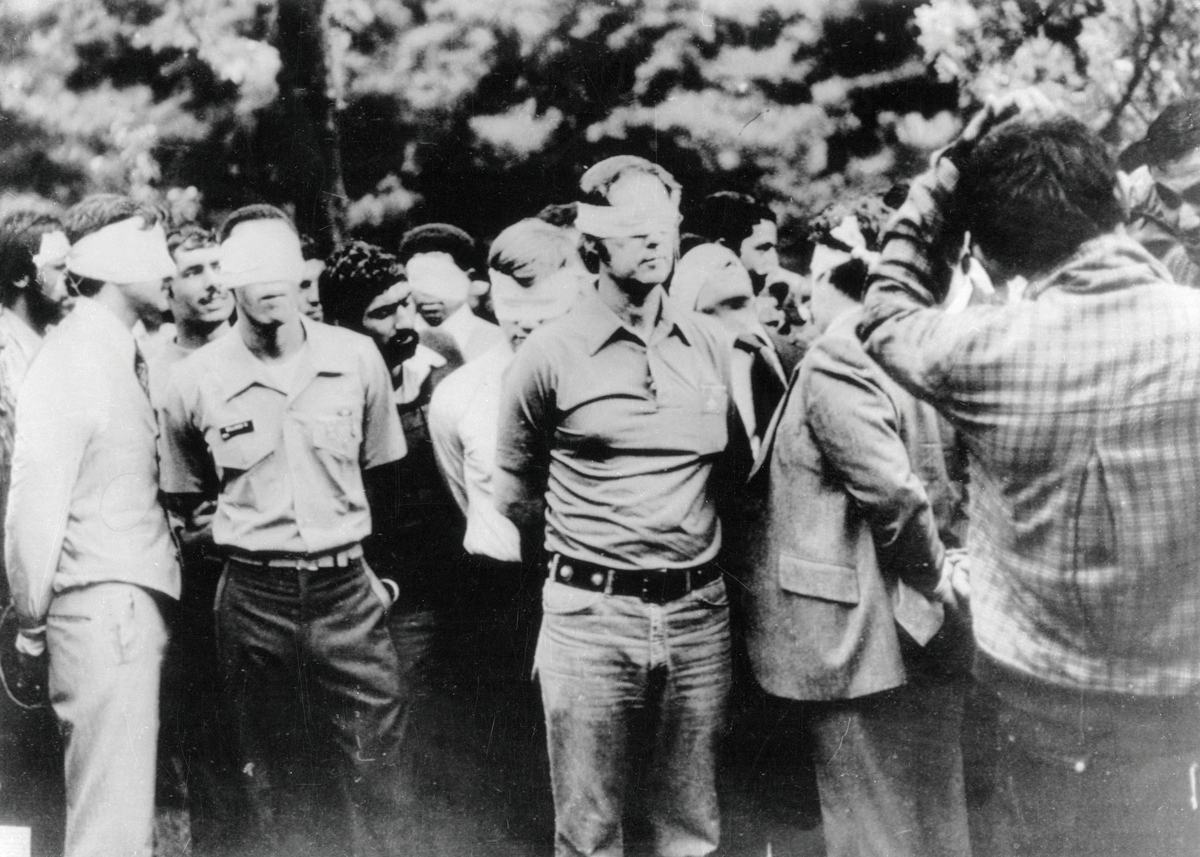 American hostages are paraded by their Iranian captors on the first day of the occupation of the U.S. Embassy in Tehran in 1979.

Forty years ago this week, Morning Edition took the air for the first time just as a big story was breaking — one that would shock the nation and influence the next four decades of news.

It was coming from Iran, a country few Americans paid attention to at that time. A revolution had been underway that year, and on Nov. 4, 1979, a chanting crowd stormed the U.S Embassy in Tehran, taking Americans hostage.

They would hold 52 of those hostages, and the attention of the world, for the next 444 days. The crisis colored every phase of the 1980 presidential contest and left a mark on the history of the next four decades. Even this week, Iranians noted the anniversary with street marches and renewed their vintage chants of "Death to America!"

The news from Washington has been a big part of the 40-year history of Morning Edition. It has featured seven presidents and 10 presidential election cycles, half a dozen wars and as many major scandals and government shutdowns.

The stories that really stay with us are the ones that still seem to cast their shadows on our daily lives. In 1979, we were entering an era in which big stories often seemed to last for months and even years. And through these four decades there have been several big, persistent stories that just never seemed to go away.

A path cut by the Iran hostage crisis

The Iran hostage crisis upset life in America, primarily relating to gas and oil supplies. It had been seven years since the first Arab oil embargo (prompted by U.S. support for Israel) cut the availability of energy in the West and sent prices skyrocketing. During the crisis, it was the Iranians making drivers wait in long gas lines and pay prices unimaginable a few years before. 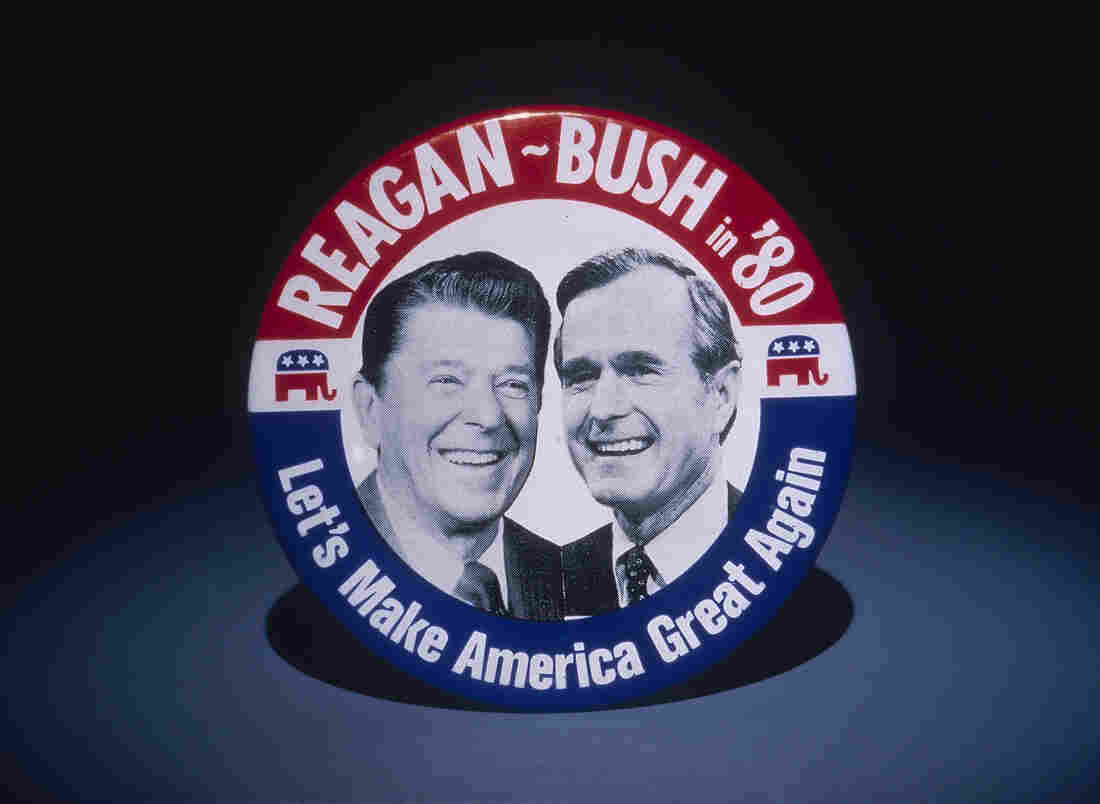 All that helped the hostage crisis contribute to the defeat of President Jimmy Carter, ushering in the era of Republican President Ronald Reagan.

The Iran story would morph into the Iran-Contra "arms for hostages" scandal in 1986 and 1987. Then the Persian Gulf became the battleground for a war to liberate Kuwait from invading Iraqis in 1990 and 1991 (not long after Morning Edition had celebrated its 10th anniversary in 1989).

The disruption in that region influenced the rise of a group called al-Qaida, which plotted and executed the world-changing terrorist attacks of Sept. 11, 2001. That began the long U.S. involvement in Afghanistan that continues today and pushed the U.S. toward another war with Iraq in 2003. American troops have been in Iraq or neighboring Syria ever since.

In these years of the "war on terror," Americans came to know the words "homeland security." It was the title of a huge new federal department, but it was also a catchphrase for all of the ways we no longer felt safe in our way of life.

In recent years, those ways came to include renewed doubts about immigration, especially undocumented immigrants and asylum-seekers. A successful presidential campaign in 2016 would feature rallies with chants of "Build that wall!"

Anxiety and distrust extended to trade with other countries. After decades of increasingly free trade and its benefits for the global economy, the concept would become cast as suspect, a threat to American power and prosperity. Tariffs, a policy staple of the past, made a comeback. The phenomenon was by no means exclusive to the U.S., as the United Kingdom voted in the "Brexit" referendum to redefine its relations with the European Union. 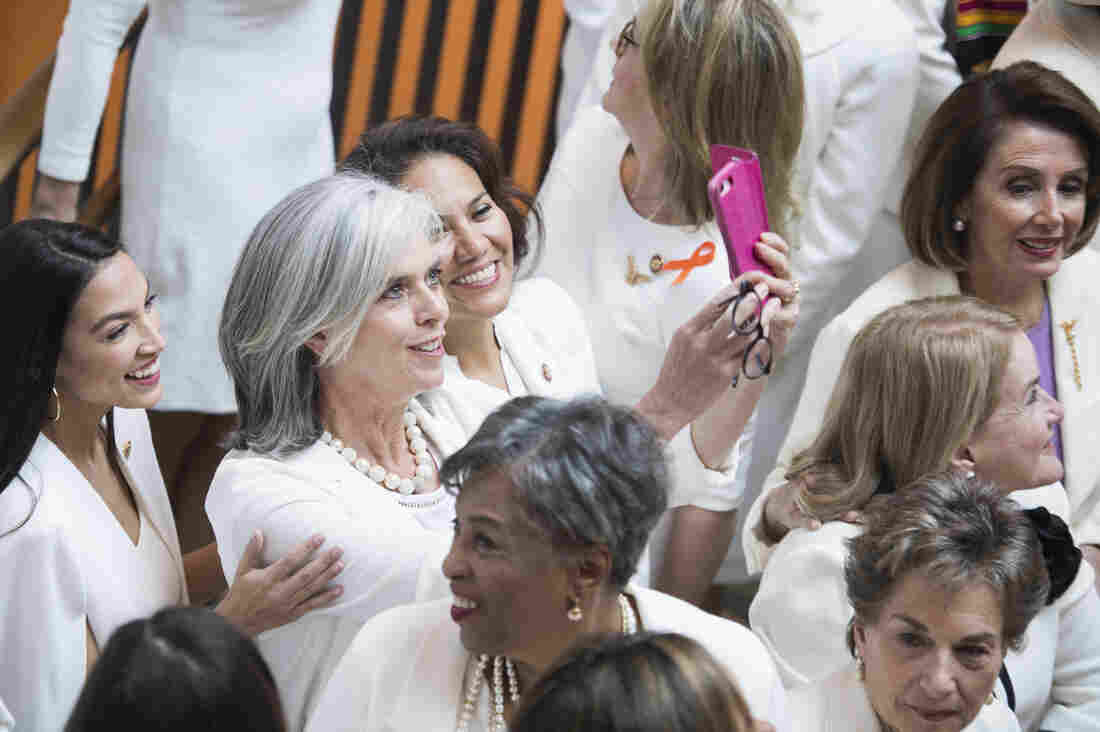 But there were other stories of change that became, in themselves, constants in the news of the nation's capital. There was a distinct sea change in the roles of women in Washington. The number of women in the Senate and the House has grown by more than tenfold. We have seen the first female speaker of the House, the first women nominated by the major parties for vice president and the first woman nominated by a major party for president.

Take it from NPR's own Linda Wertheimer, who was covering Congress for the network when Morning Edition had its debut. She was asked whether Congress has changed in these four decades:

"The power of the place tends not to change very much. But I think the presence of women has changed the product that the Congress produces. It's one of the reasons women have more rights now; legislation has passed that women have supported and women have pushed. That's a big difference."

But Wertheimer has also witnessed and noted another trend of the era. There has been a distinct widening of the divide between the major parties and a decline in the civility of the national political discourse. 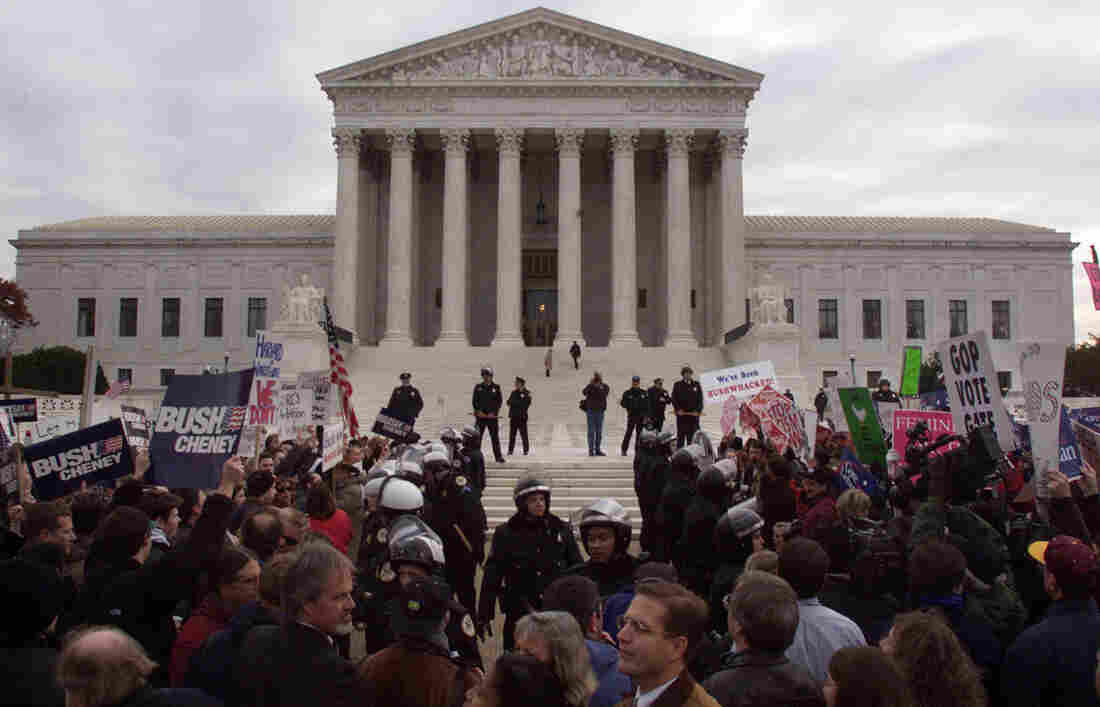 Civility and bringing the "war" to Congress

Some would trace this sharpening of the national debate to the disputed presidential election of 2000, when Morning Edition took the air for five solid weeks without a winner in that year's presidential election. The Supreme Court stepped in, stopped the re-counting of votes in Florida and awarded the presidency to George W. Bush.

Others look back further, to the early 1990s, when the first President Bush lost his reelection bid to Bill Clinton (with an assist to the independent billionaire candidate H. Ross Perot). Still others point to the atmospheric change in Congress when Republican Newt Gingrich became speaker in 1995, ending 40 years of Democratic majorities in that chamber.

"Newt Gingrich was elected and he brought war to the Congress," Wertheimer says. "I think that changes a lot of things. Congress is sort of a hotbed of nastiness these days. There's just such a lot of hostility, which was not the case when I first arrived."

It might also be said that the divide has widened as the issues themselves have become more contentious and personal. Disputes over fiscal and foreign policy now seem relatively manageable when compared to confrontations over gun violence, sexual identity and abortion.

No one hearing that first broadcast of Morning Edition 40 years ago could have imagined that someday they would look back on those days as a simpler time.