Accessibility links
A Tale Of Two Ernst & Youngs: Workplace Culture Debated After #MeToo Until recently, the accounting giant coached some top women leaders to look "polished" and speak briefly. The company has since disavowed the program, arguing its workplace culture promotes women. 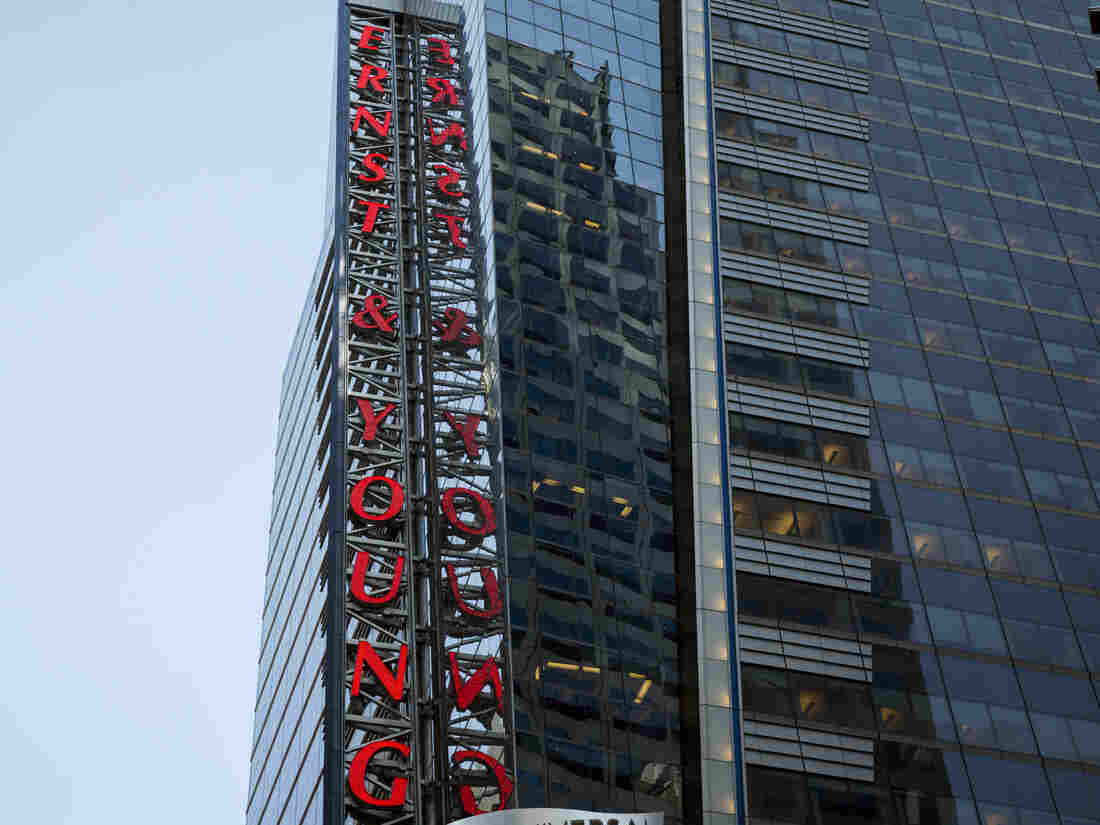 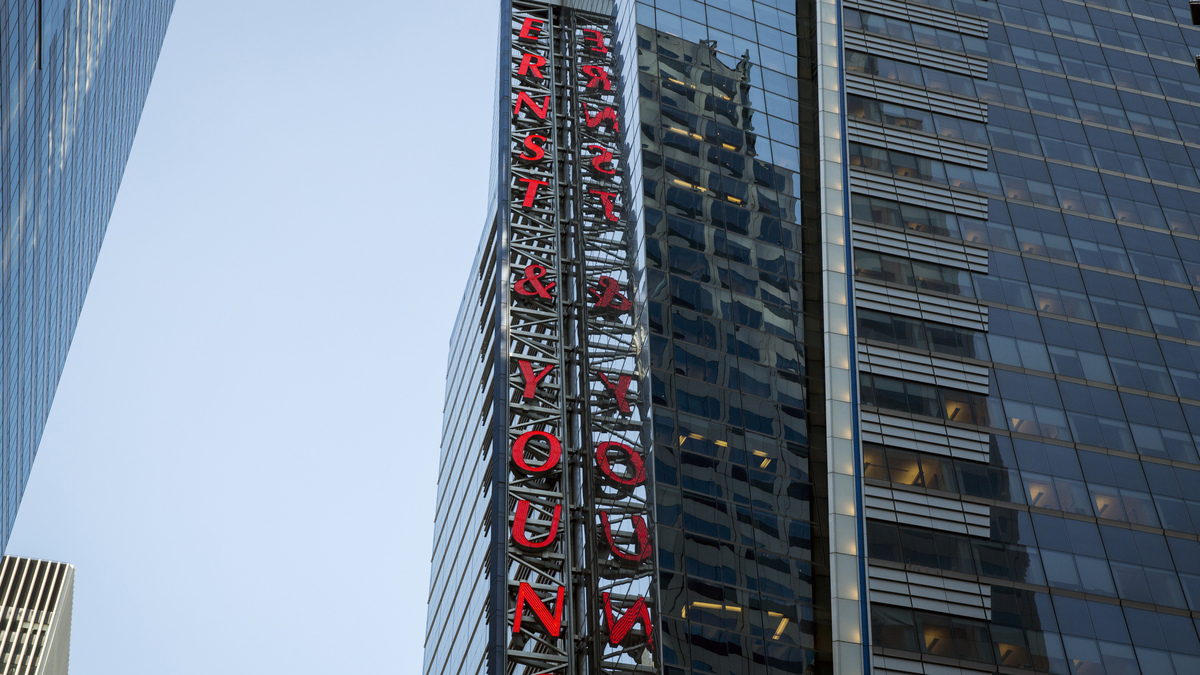 Until recently, Ernst & Young coached some top women leaders to look "polished" and speak briefly. The large accounting firm has since disavowed the program, arguing its workplace culture promotes women.

There's a culture war playing out at Ernst & Young.

The accounting giant is often held up as a paragon of workplace culture. But it also faces a recent backlash over a training program that, among other things, coached some of its top female executives to wear flattering and "well-cut attire." The episode raises questions about whether — and how much — workplaces have changed after the #MeToo movement.

In the wake of #MeToo, Ernst & Young made a number of changes aimed at improving its culture, especially for women. It tapped a woman, Kelly Grier, as its top U.S. executive, created a team to investigate employee complaints, and began requiring reporting of romantic relationships at work.

Even before that, the company, which has over a quarter-million employees worldwide, was held up as a model for workplace culture. Both Fortune and Working Mother magazines this year named it a top place to work for women, who make up nearly a third of its top U.S. executives.

The company's leadership is outspoken about its commitment to advance women.

"So much of what we stand for is about our culture, it is about our values," Grier said at a March conference discussing workplace culture.

But for years — and even at the height of the #MeToo movement — Ernst & Young sponsored a leadership training program for its female executives that promoted outdated sexist views. Top women executives were told to manicure their nails and wear fitting attire, but to avoid plunging necklines, for example. Affection and cheerfulness were feminine traits, they were told, whereas ambition and assertiveness were masculine. The curriculum — which was leaked to the Huffington Post — described men's brains as better at focusing.

In response, there was public outcry and the company canceled the program. But in her initial response, Grier, the company's U.S. chairman, appeared to also defend the training.

Grier originally sent a video statement to employees, attacking the news stories as clickbait. She added that women actually liked the program.

"What we heard from them is that they found it to be very meaningful to them personally," she said in the original version, according to the Huffington Post.

Later, Grier's defensive statements were edited out, leaving only the part where she disavowed the training: "Not only is it inconsistent with our values and my personal values, but it is wholly in conflict with my own experience as a woman in the firm."

But Karen Ward, a former Ernst & Young executive, argues that the controversial training is, in fact, illustrative of the firm's problem.

"The training is entirely consistent with my own experience as a female executive," she says. Ward wrote an open letter to the company, arguing the training underscores the culture she describes in her own ongoing legal battle with the company.

Ward is one of two female partners who filed legal claims against Ernst & Young last year for sexual harassment and retaliation. Ward says she brought in millions in client business for the company and even won an award in 2015 for her performance. However, she says, "the culture at EY has really tried to crush me. It's been crushing to my spirit, it's caused me tremendous anxiety."

She describes the culture as a "frat house" environment: "My direct boss talking about my nice ass, my great, big round boobs," she says. "And I was told that my leading was being perceived as bitchy."

After she repeatedly complained, Ward says she was transferred first to a small division, then out of meetings and deals, and finally terminated.

NPR reached out to Ernst & Young, whose officials say it investigated Ward's complaints, and that she was fired, not as retaliation, but because her business unit lost money. The company says it is aggressively defending itself against her claims. (Ward and the company are also fighting over who should pay the cost of arbitration.)

But Ward argues that her firing — and the company's response to her voicing complaints — shows how Ernst & Young silences women. She says it's the same environment that allowed the sexist training to go on for years — a program that advised top executives to not show too much skin because sexuality "scrambles" the mind.

Ward says she's spoken to many women still working at Ernst & Young who fear retribution, like her, if they come forward.

She hopes things will change so eventually people will feel safer reporting discrimination and harassment.

Ernst & Young says it does not tolerate harassment or discrimination and already encourages employees to report it.