Accessibility links
Jennifer Williams, Pence Staffer, Testifies In Impeachment Inquiry Jennifer Williams, a special adviser detailed to the vice president's office, was listening to the July 25 call between President Trump and his Ukrainian counterpart that helped spark the inquiry. 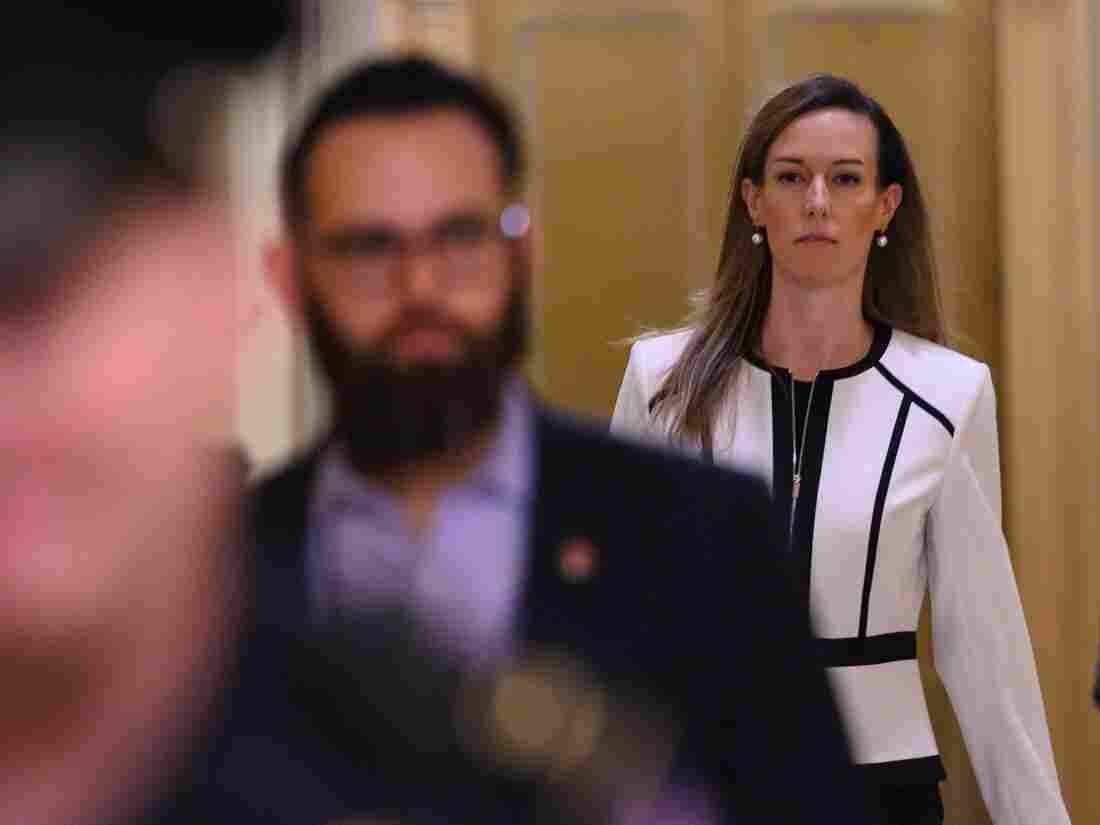 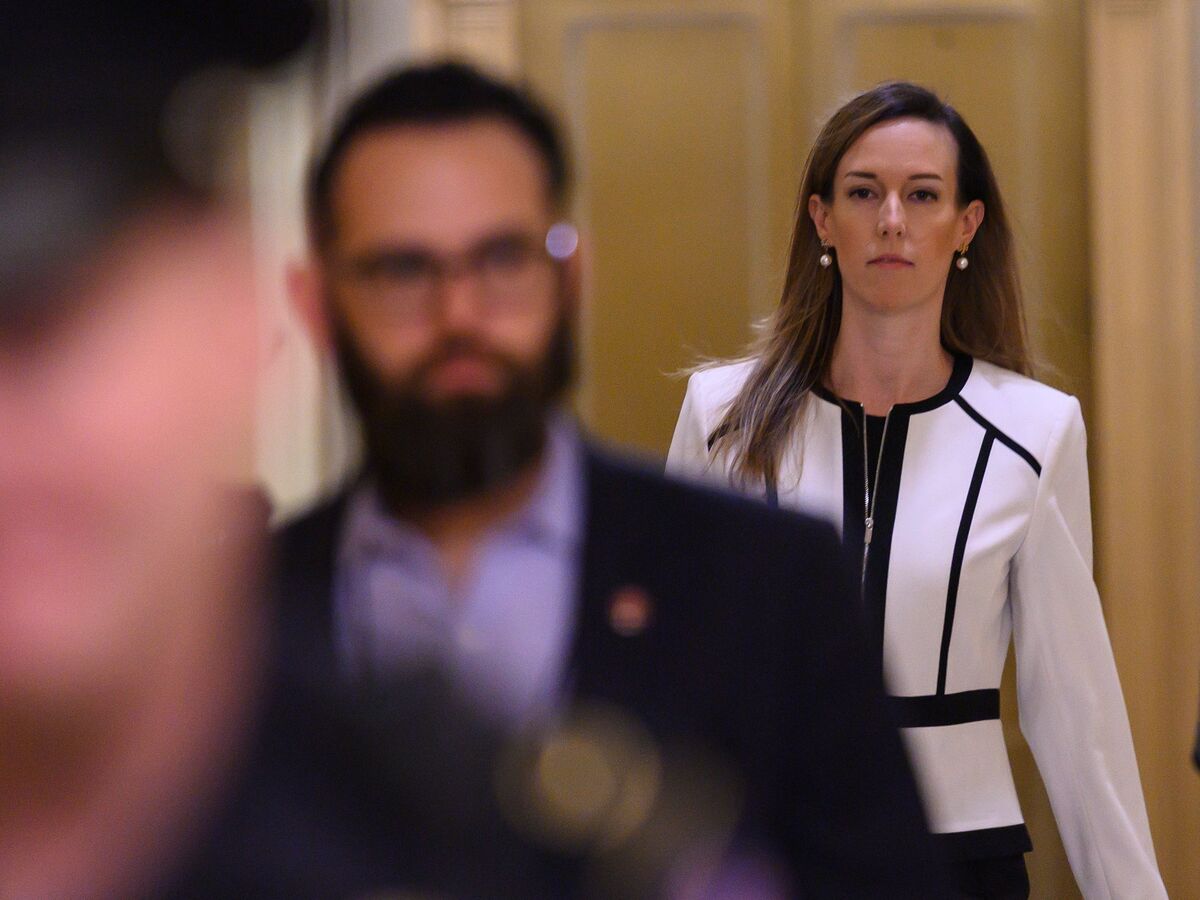 Jennifer Williams, a foreign service officer detailed to work in Vice President Pence's office, arrives for a deposition on Capitol Hill on Thursday.

A foreign service officer detailed to work in the office of Vice President Pence testified behind closed doors on Thursday in the ongoing House impeachment inquiry into President Trump.

Jennifer Williams was assigned to work on European and Russian issues with the vice president's team in the spring. She is the first person from the vice president's office to testify in the probe of whether the president withheld military aid from Ukraine while seeking a political favor.

Williams, who reported to Pence's national security adviser Keith Kellogg, is the third person who was listening in on the July 25 call between Trump and Ukrainian President Volodymyr Zelenskiy to testify. House investigators are expected to ask Williams about that call, as well as a September trip to Poland in which Pence met with Zelenskiy.

House investigators had also scheduled former national security adviser John Bolton for a deposition, but Bolton did not show up. A House Intelligence Committee official said Bolton's lawyer had informed them that he would take the committee to court if he were subpoenaed.

That is the same strategy that Bolton's former deputy Charles Kupperman had taken. Bolton and Kupperman, longtime conservative allies, share the same lawyer. The committee withdrew its subpoena to Kupperman on Wednesday.

"We regret Mr. Bolton's decision not to appear voluntarily, but we have no interest in allowing the administration to play rope-a-dope with us in the courts for months," the House Intelligence official said. "Rather, the White House instruction that he not appear will add to the evidence of the president's obstruction of Congress."

Williams' lawyer, Justin Shur, said her testimony is likely to correspond with prior witnesses' testimony.

"Jennifer is a longtime dedicated State Department employee," Shur told NPR before the hearing. "If required to appear, she will answer the committees' questions. We expect her testimony will largely reflect what is already in the public record."

Those who know Williams describe her as a smart diplomat. Brett Bruen, the former director of global engagement at the White House under President Barack Obama, trained with Williams when they both worked at the State Department.

"She's your ideal example of an diplomat," Bruen said. "Cool under pressure, confident, super smart and deeply committed to the mission."

Williams traveled with Pence to Warsaw for a Sept. 1 meeting where they discussed the $400 million in stalled security aid.

The security aid was at the top of Zelenskiy's mind when he met with Pence, according to testimony of Ambassador William Taylor, the top U.S. diplomat in Ukraine.

Pence told reporters the next day that he didn't discuss Biden with Zelenskiy. But he said they did discuss "corruption" and "the upcoming decision the President will make on the latest tranche of financial support."

"But as President Trump had me make clear, we have great concerns about issues of corruption," Pence said.

Pence has struggled to answer directly whether he had any knowledge of an alleged quid pro quo with Ukraine to investigate the son of former Vice President Joe Biden.

When asked whether he thought Taylor and other U.S. officials were lying about a pressure campaign, Pence told CBS' Face the Nation that the public should read the transcript of the president's call with his Ukrainian counterpart.

"Well, I can only tell you what I know," Pence said in the Oct. 27 interview. "And what I know is that the transcript of the president's call with President Zelenskiy shows that there was no quid pro quo. He did nothing wrong."

NPR's Claudia Grisales and Lexie Schapitl contributed to this story.