Accessibility links
Fentanyl Trafficking: China Jails 9 In Case That Began With A U.S. Tip The traffickers were caught with 11.9 kilograms of fentanyl — enough to kill nearly 6 million people, by the U.S. Drug Enforcement Administration's standard. 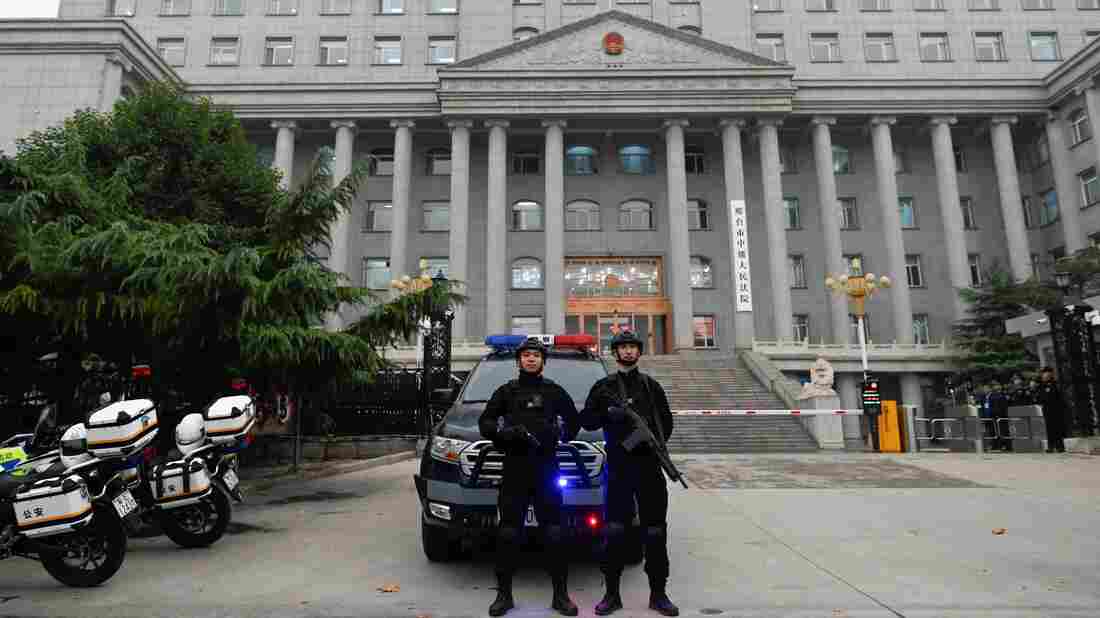 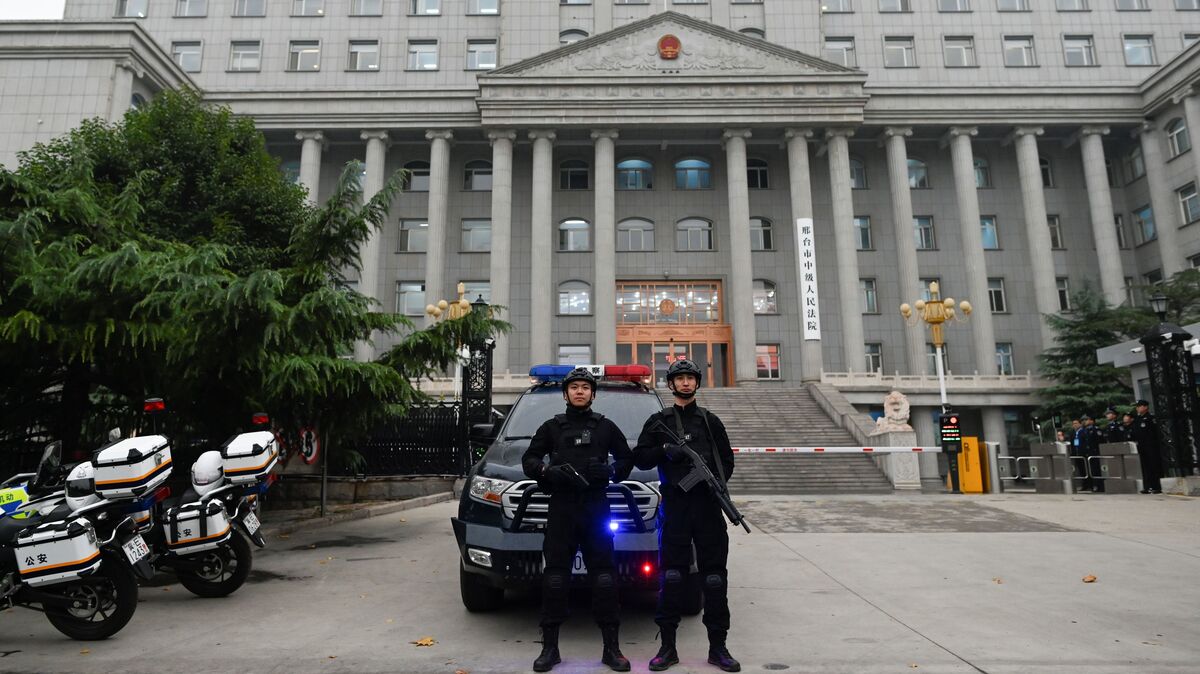 A Chinese court has imposed a suspended death sentence on one accused drug trafficker and hit eight others with life sentences and other prison terms, after the nine Chinese citizens pleaded guilty to smuggling fentanyl to the U.S.

The traffickers had advertised fentanyl and other illegal drugs online with the promise of reliable shipping to the U.S. and other countries. The ring was caught with 11.9 kilograms of fentanyl — enough to kill nearly 6 million people, by the U.S. Drug Enforcement Administration's standard, which puts a lethal dose as low as 2 milligrams.

"China said the arrest of the nine individuals resulted from the first joint fentanyl investigation carried out with the U.S., beginning from a tip by U.S. Homeland Security," NPR's Emily Feng reports from Taipei, Taiwan. She adds, "U.S. authorities have carried out three 'major criminal arrests' in New York and Oregon as part of the same case."

In addition to intensely powerful fentanyl, the traffickers sold other drugs, including alprazolam — the benzodiazepine tranquilizer that's often sold under the brand name Xanax — and cathinone, a stimulant derived from leaves of the khat shrub.

The Xingtai Intermediate People's Court in Hebei province imposed the most severe penalties on three people accused of leading the ring. One of them, Liu Yong, received a death sentence that is suspended for two years (meaning his punishment can be reconsidered in 2021). The court issued two life sentences, to Jiang Juhua and Wang Fengxi, according to the South China Morning Post.

The Hebei case began in 2017, when U.S. Immigration and Customs Enforcement agents tipped off the Chinese government that an international fentanyl trafficking ring seemed to be operating out of China. In a three-month investigation, Chinese police arrested more than 20 people and raided a production center, the state-run China Daily reports.

Fentanyl is a highly addictive synthetic opioid that can be 50 times stronger than heroin. It has been blamed for worsening the opioid crisis in the U.S. — and Washington has long called on Beijing to do more to shut down the pipeline of the deadly drug that flows from Chinese labs to American communities. Chinese officials have frequently denied that their country is a main source of fentanyl for the U.S. black market.

China placed all fentanyl-related drugs on its list of controlled substances in May, a step that was cheered by U.S. officials who said it would eliminate loopholes that had hampered efforts to prosecute drug suppliers and manufacturers.

In 2016, when synthetic opioids overtook prescription opioids as the most common drugs involved in overdose deaths in the U.S., illegal fentanyl was the primary cause, according to the National Institute on Drug Abuse.