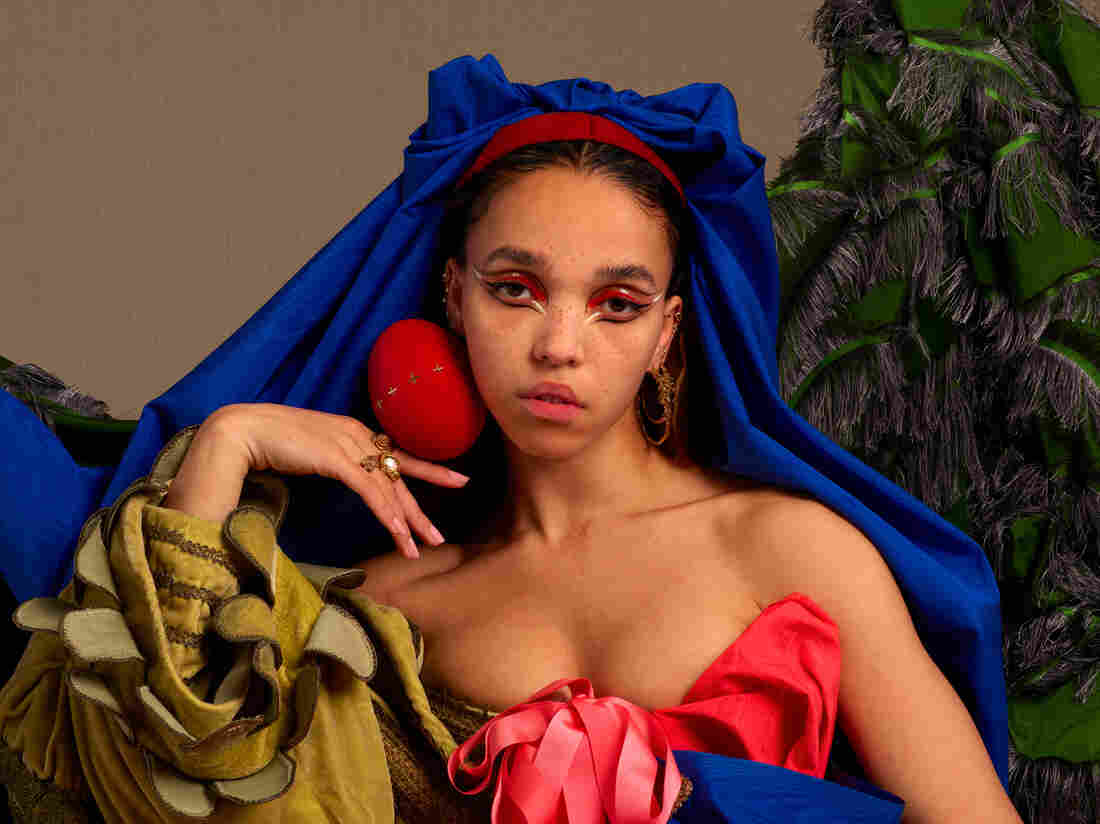 FKA Twigs. Her sophomore full-length, Magdalene, is on our shortlist of the best new albums out on Nov. 8. Matthew Stone/Courtesy of the artist hide caption

Leslie Odom Jr., best known for playing Aaron Burr in the original Broadway production of Hamilton, has a new album of his own songs that's all over the musical map in wonderful ways, drawing together R&B, jazz, pop and showtunes. It's called Mr. and includes the track we kick this week's show off with, the buoyant, unapologetically cheerful "Hummingbird." We've also got powerful breakup (and recovery) albums from Bishop Briggs and FKA Twigs, a live collaboration between the rapper Dessa and the Minnesota Orchestra, country singer Luke Combs, a deeply affecting collection of songs called Rwanda, You Should Be Loved from a trio known as The Good Ones and much more. NPR Music's Ann Powers and Stephen Thompson join host Robin Hilton as they share their picks for the best new albums out on Nov. 8.