Accessibility links
Michael Bloomberg Reconsiders Decision Not To Run In 2020 A possible late entry into the Democratic primary by Michael Bloomberg less than three months before the Iowa caucuses would shake up the still-crowded field. 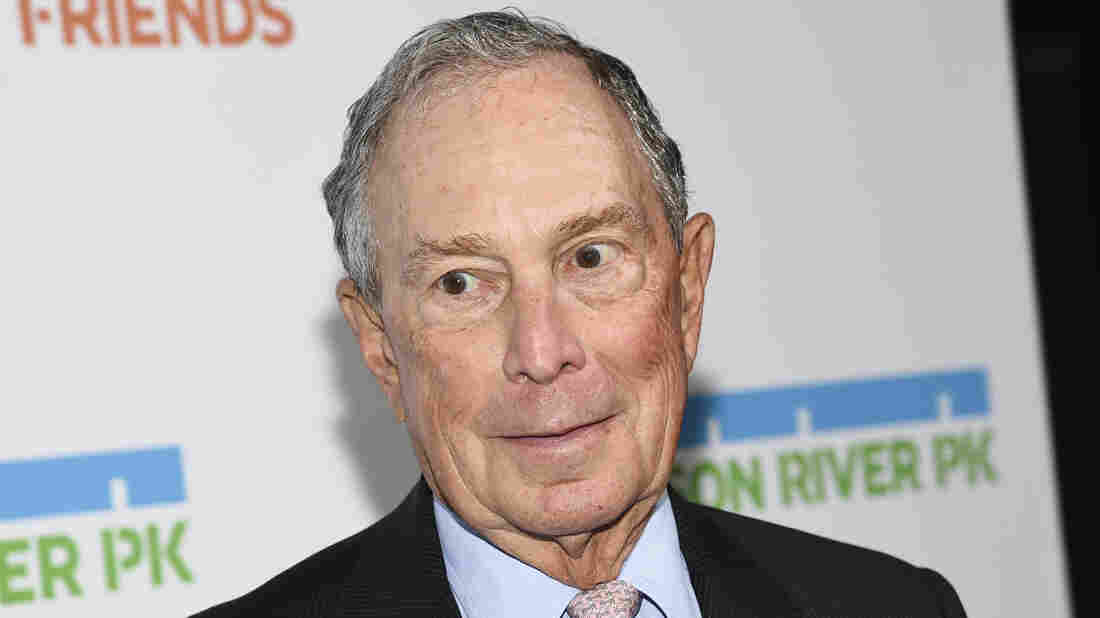 Michael Bloomberg is reconsidering entering the Democratic presidential primary. If he entered, he would be the second billionaire to join the race who walked back an earlier decision not to run. Evan Agostini/Associated Press hide caption 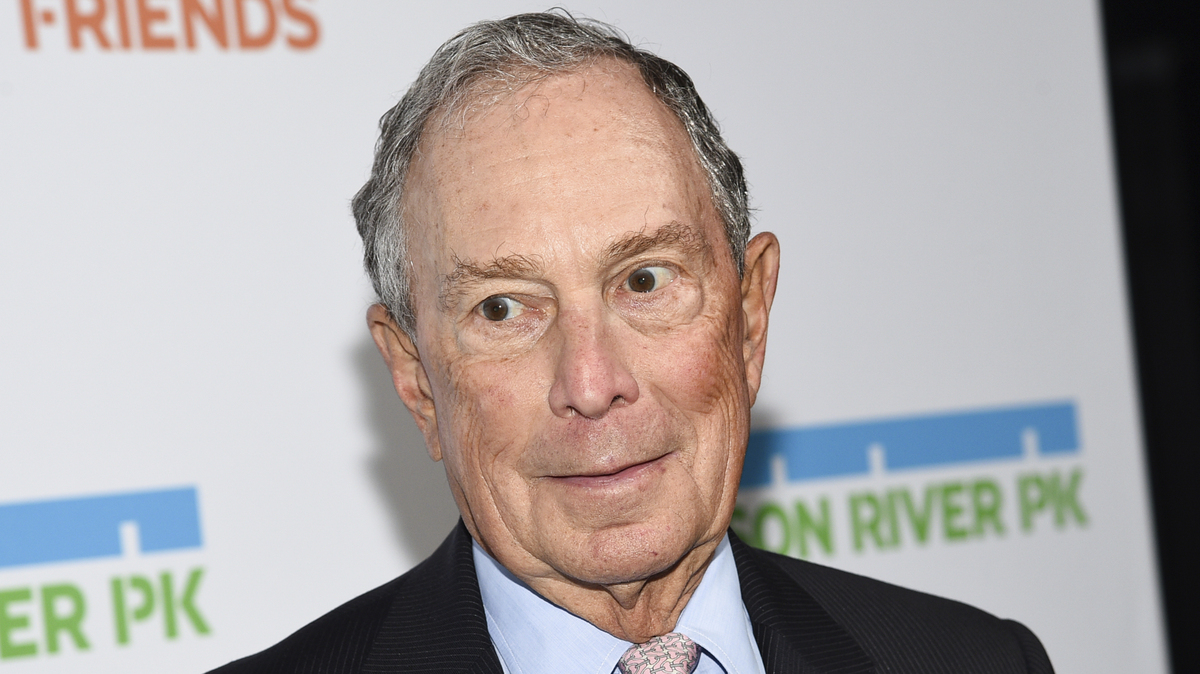 Michael Bloomberg is reconsidering entering the Democratic presidential primary. If he entered, he would be the second billionaire to join the race who walked back an earlier decision not to run.

Former New York Mayor Michael Bloomberg is weighing a late entrance into the Democratic presidential primary, reversing course from this spring, when he said publicly that he would not run.

In March, he announced he wouldn't launch a White House campaign, but Bloomberg is now "increasingly concerned that the current field of candidates is not well positioned" to defeat President Trump, according to a statement from adviser Howard Wolfson provided to NPR.

Wolfson, who was a high-profile aide on Hillary Clinton's 2008 presidential bid, adds that Bloomberg sees Trump as "an unprecedented threat to our nation."

The New York Times first reported the development, noting that Bloomberg was preparing to file for the Alabama primary, where the deadline is Friday, but that he had not made a decision to formally enter the race.

"If Mike runs, he would offer a new choice to Democrats built on a unique record running America's biggest city, building a business from scratch and taking on some of America's toughest challenges as a high-impact philanthropist," Wolfson said. "Based on his record of accomplishment, leadership and his ability to bring people together to drive change, Mike would be able to take the fight to Trump and win."

The media mogul's potential entry less than three months before the Iowa caucuses would shake up the still-crowded field, adding another self-funding candidate to the mix who would try to make a play for centrist voters. That could present a threat to former Vice President Joe Biden, who has been slipping in the polls and trailing in fundraising.

Former Pennsylvania Gov. Ed Rendell, a prominent Biden supporter, told NPR that Bloomberg "would be a fine president" but worries that Bloomberg and Biden would split the moderate vote if the mayor entered the race.

"The trouble is he and Joe would have the same effect that Elizabeth [Warren] and Bernie [Sanders] are having: It would make it difficult for either of them to get to 50%," he said.

Rendell, who said he hadn't talked to Bloomberg since the former mayor began reconsidering a run, theorized that Bloomberg's petition-gathering could be "a holding action to see how Biden does in the early primaries."

"It's a smart thing to do," Rendell said. "I'm a big Bloomberg fan. If he's the alternative and Joe was for some reason or another not in the race or didn't have a chance to win, I'd be all for him."

"A lot of us would be for Bloomberg if Joe wasn't in the race," Rendell added, "but I don't think Joe is going anywhere."

If Bloomberg does run, he would be the second billionaire to enter the race who walked back an earlier decision not to run. Environmentalist Tom Steyer jumped in the race in July after also previously saying he was passing on a bid.

Steyer has already spent at least $47 million trying to make the debate stage, though he remains mired in the low single digits in polling. Bloomberg spent hundreds of millions of dollars to help win his mayoral races.

Bloomberg would face a Democratic electorate that has largely rallied around more progressive candidates. Sen. Elizabeth Warren of Massachusetts is leading in many national and Iowa polls. Vermont Sen. Bernie Sanders is not far behind. Both have railed against the billionaires and those in the "1%."

Warren also tweeted a dig at Bloomberg, welcoming him to the race and pointing him to her policy proposals to help the "working people."

Welcome to the race, @MikeBloomberg! If you're looking for policy plans that will make a huge difference for working people and which are very popular, start here: https://t.co/6UMSAf90NT

And Bloomberg's own reasons he cited for not running earlier this year could be used against him as well. At a panel last spring, he said the fact that he would be approaching 79 when taking office was a major factor in his decision.

Competition + age. Among other things.

Bloomberg also has a complicated political history that will be examined if he does join the race. He was first elected mayor in 2001 as a Republican, then became an independent in 2007.

After leaving office in 2013 — and flirting with independent bids for president — he announced last year that he was changing his party registration to Democrat.

Bloomberg has heavily invested in campaigns for greater gun control and stronger environmental protections. But as mayor he endorsed the New York City police's "stop and frisk" approach, which disproportionately targeted black and Hispanic men.

He holds liberal social views but has been more conservative on both economics and foreign policy.

On that same spring panel at which Bloomberg said he was too old to run, he also alluded to some of those potentially problematic views. He admitted that he would have to evolve ideologically and go on an "apology tour" if he were to run.

An earlier version of this story mistakenly said Joe Biden would be 77 when taking office if he were elected president. He would actually be 78.