Accessibility links
READ: Alexander Vindman Testimony Transcript In Impeachment Inquiry Lt. Col. Alexander Vindman is a foreign affairs expert who serves on the National Security Council. He has been described as having told investigators he worried immediately about the Ukraine affair. 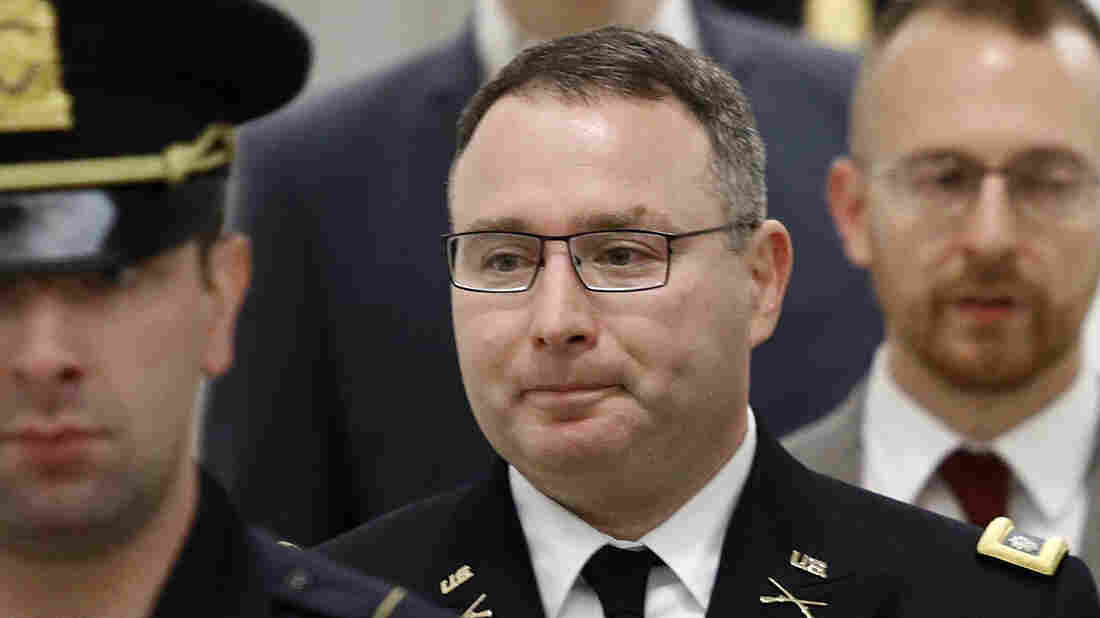 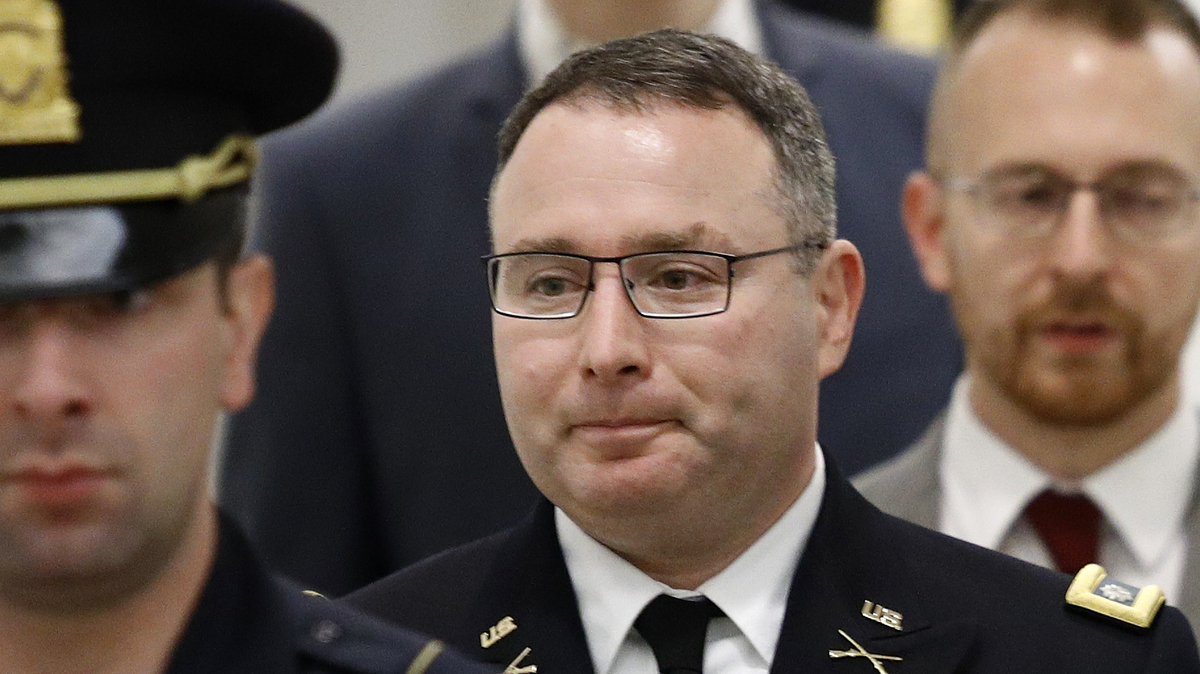 House investigators have released the testimony of Lt. Col. Alexander Vindman, a top specialist on Ukraine on the National Security Council.

Vindman is an Army foreign area officer and is believed to have listened in to the July 25 call in which President Trump asked his Ukrainian counterpart for the "favor" that would have involved investigations that could help Trump in the 2020 election.

Vindman was said to have registered concern over Trump's request almost immediately with the legal staff on the National Security Council and was said to have told investigators that a top NSC lawyer decided to move records about the call onto a highly classified system that few could access.

Because the lawyer, John Eisenberg, likely won't talk with investigators, Vindman's account of the episode may be as close as the inquiry comes to that aspect of the story.