Accessibility links
As Democrats Prepare To Take Power In Virginia, Gov. Northam Focuses On Gun Control Democrats will soon control Virginia for the first time since 1993. Gov. Ralph Northam tells NPR: "With a Democratic Senate and House, I believe we can move forward with common sense gun legislation." 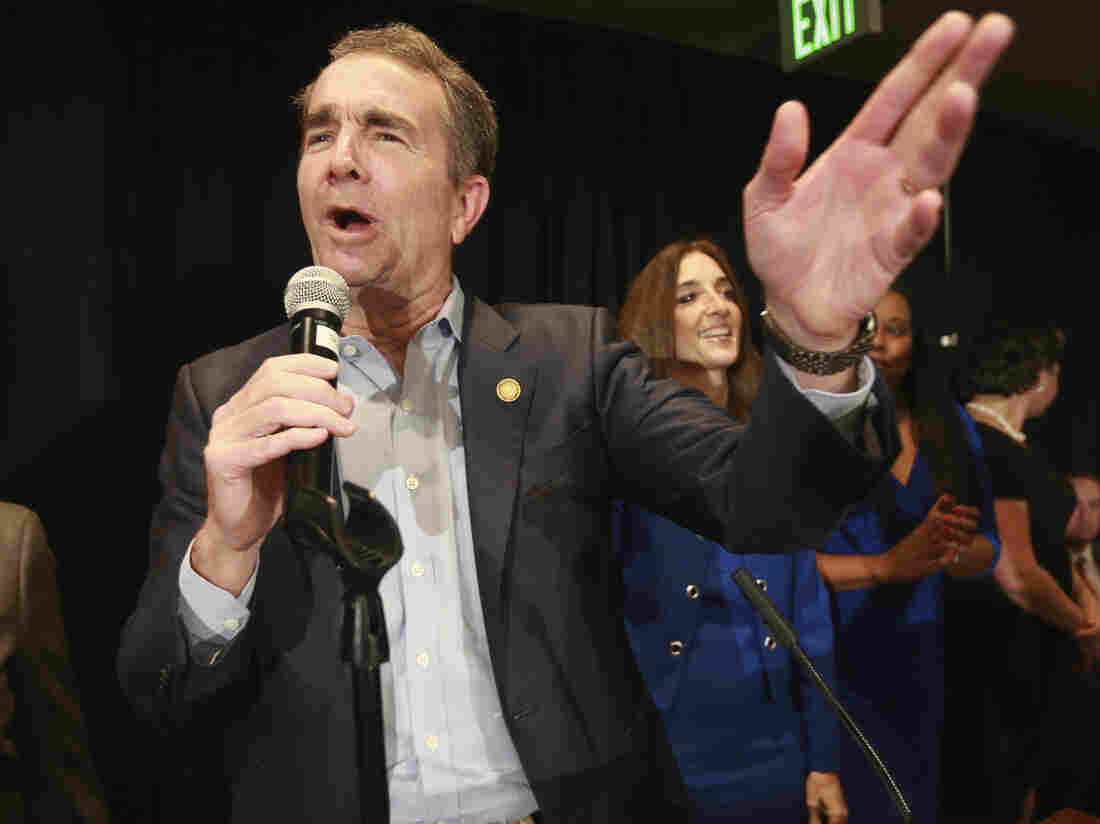 Virginia's Gov. Ralph Northam speaks to supporters at a Democratic victory party in Richmond, Va., Tuesday. Democrats will control the Governor's mansion, and both chambers of the General Assembly for the first time since 1993. Steve Helber/AP hide caption 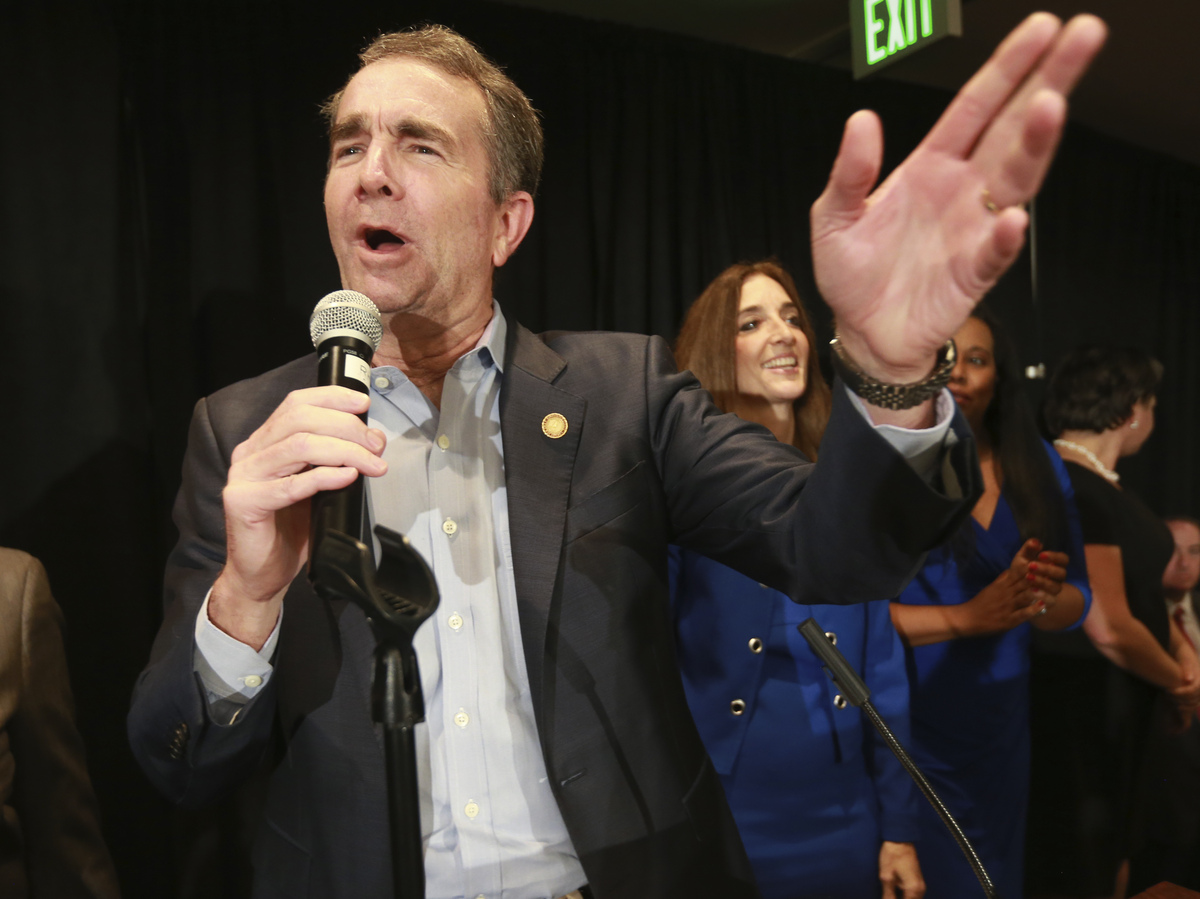 Virginia's Gov. Ralph Northam speaks to supporters at a Democratic victory party in Richmond, Va., Tuesday. Democrats will control the Governor's mansion, and both chambers of the General Assembly for the first time since 1993.

Democratic Gov. Ralph Northam vows it's "a new day and a new landscape" in Virginia. He says when Democrats take over the state legislature for the first time in a generation at the start of the new year, passing gun violence prevention laws will be a top priority.

He adds guns "shouldn't be a partisan issue," even though he says he's prepared to pass new "common sense" gun laws without Republican support.

"We had a tremendous tragedy in Virginia Beach over Memorial Day weekend. We lost 12 precious lives," Northam told NPR's All Things Considered host Mary Louise Kelly on Friday, alluding to a mass shooting that took place at a municipal building earlier this year.

"So I think Virginia spoke loudly on Tuesday and said enough is enough," Northam said.

The interview comes just days after Democrats seized control of both chambers of Virginia's General Assembly. The change of power in the state house, coupled with Northam residing in the Governor's mansion, means it's the first time Democrats will have total control of the legislative agenda since 1993.

"Dealing with the gun violence in Virginia will be a top priority of our administration," Northam said. "Now certainly with a Democratic Senate and House, I believe we can move forward with common sense gun legislation."

Passing new gun laws in Virginia, which has a rich gun culture and is home to the National Rifle Association, has been elusive.

Following the mass shooting in Virginia Beach, Northam unveiled a series of gun control measures, including universal background checks, a ban on assault-style weapons and outlawing sound suppressors like the one the Virginia Beach shooter used.

But during a special session Northam called in July, the GOP-controlled General Assembly met for less than two hours and adjourned without considering a single piece of legislation.

Kelly pressed Northam on whether he has the votes to get gun laws passed without Republican support. He said he does, but he's hoping to get some GOP legislators on board.

"I think they listen to voters. I know they do. And seeing how this election went on Tuesday, I hope they'll be at the table," Northam said.

"They should be. This shouldn't be a partisan issue."

On the issue of banning assault weapons, Kelly asked Northam what he will do about the ones Virginians already possess. "Will you confiscate them?" Kelly asks.

"No ma'am, not at this stage," Northam said, "We're looking at banning the sales of assault weapons ... that would be what we would start with."

Northam, a former Army physician, said the eight bills he introduced in June are a starting point, adding "I'm sure there will be others introduced."

"But now it's time for legislators, for our leaders, to come to Richmond and take votes and pass laws." 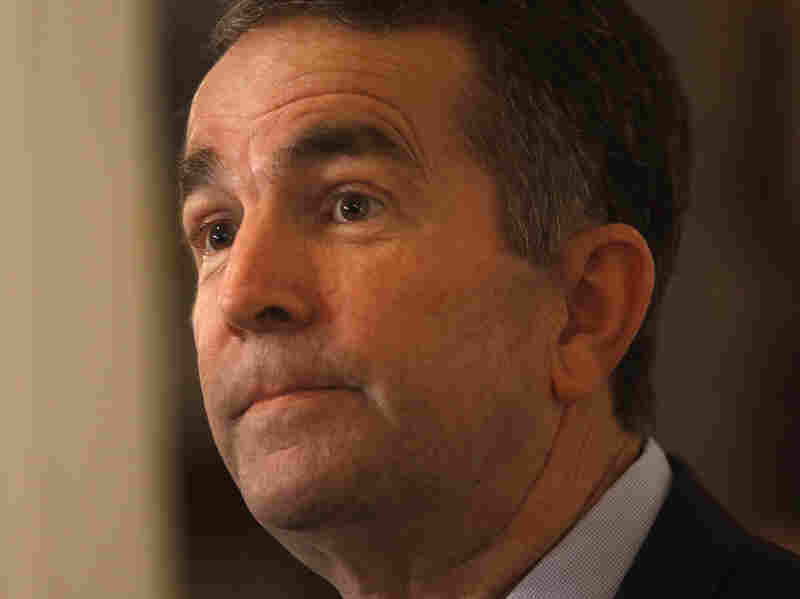 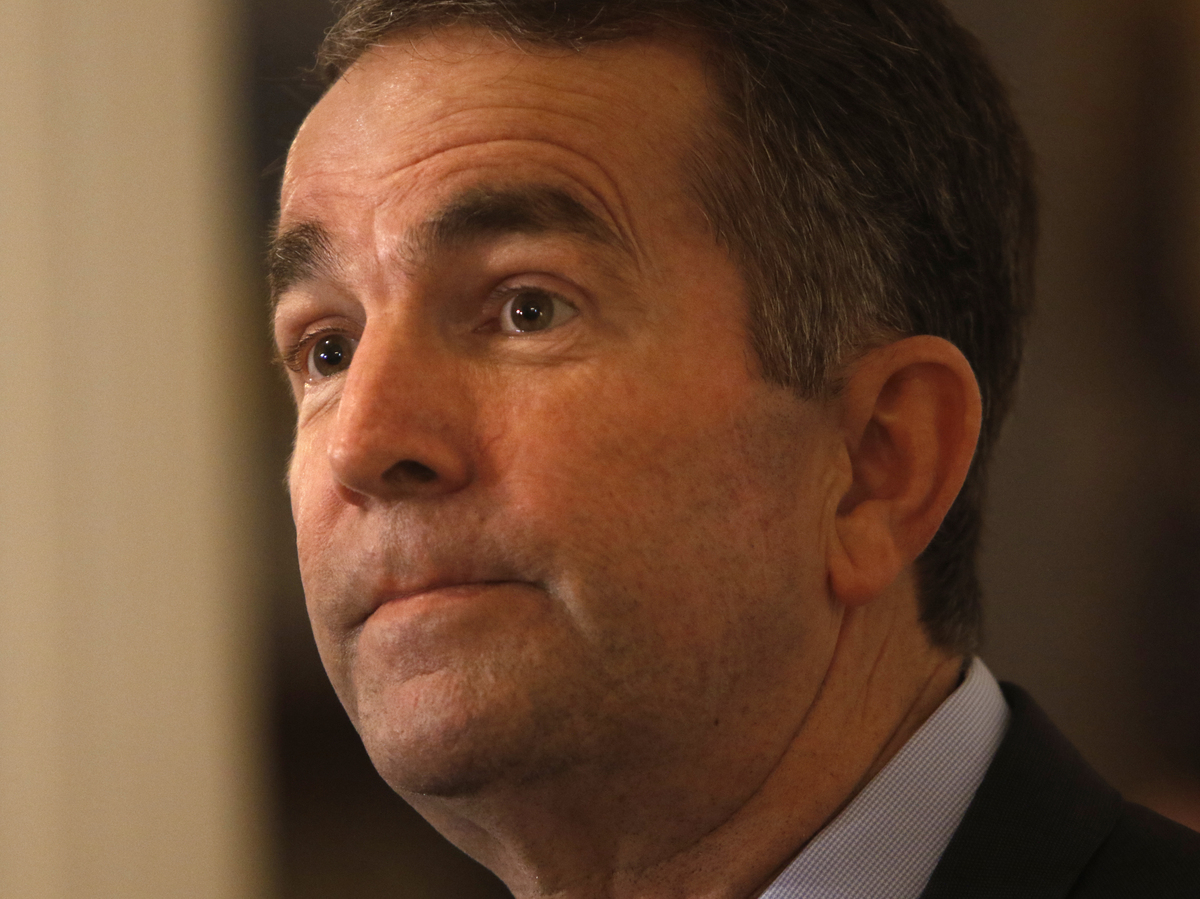 He appeared on the verge of resigning his post after a photo on his 1984 yearbook page from Eastern Virginia Medical School surfaced, depicting a man in blackface and another in Ku Klux Klan regalia. After initially admitting he was one of the two men in the photo, he quickly backtracked, saying he had no recollection of appearing in the picture.

He later admitted to wearing shoe polish on his face when dressing as Michael Jackson to compete in a dance contest in the 1980s.

He resisted calls, even by some within his own party, to resign.

A few days after the photo surfaced, Virginia's other statewide-elected Democrats, Lt. Gov. Justin Fairfax and Attorney General Mark Herring were swept up in a cascade of scandals of their own.

The saga threatened to topple all three men and cede control of the Governor's mansion to the Republican House Speaker.

But all three Democrats weathered the storm, defied calls to step aside, and are now poised to oversee the most dramatic change in state gun laws in recent memory.