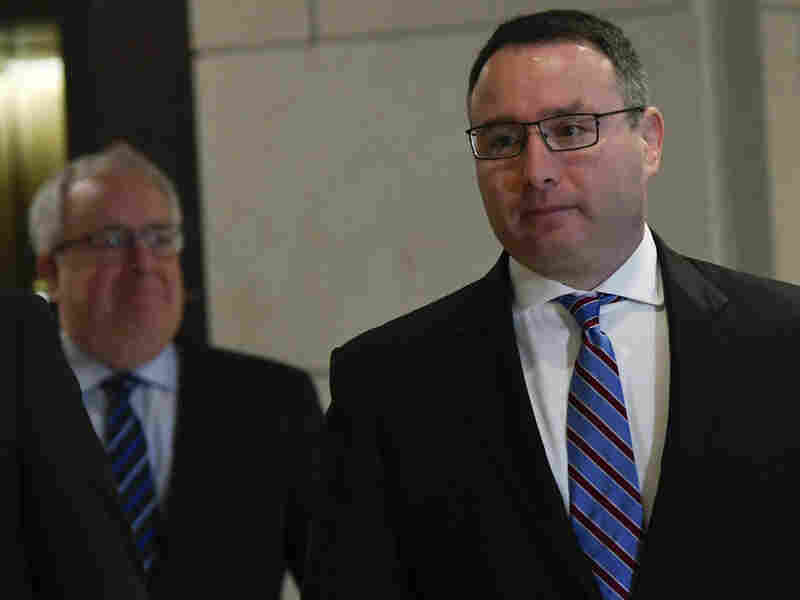 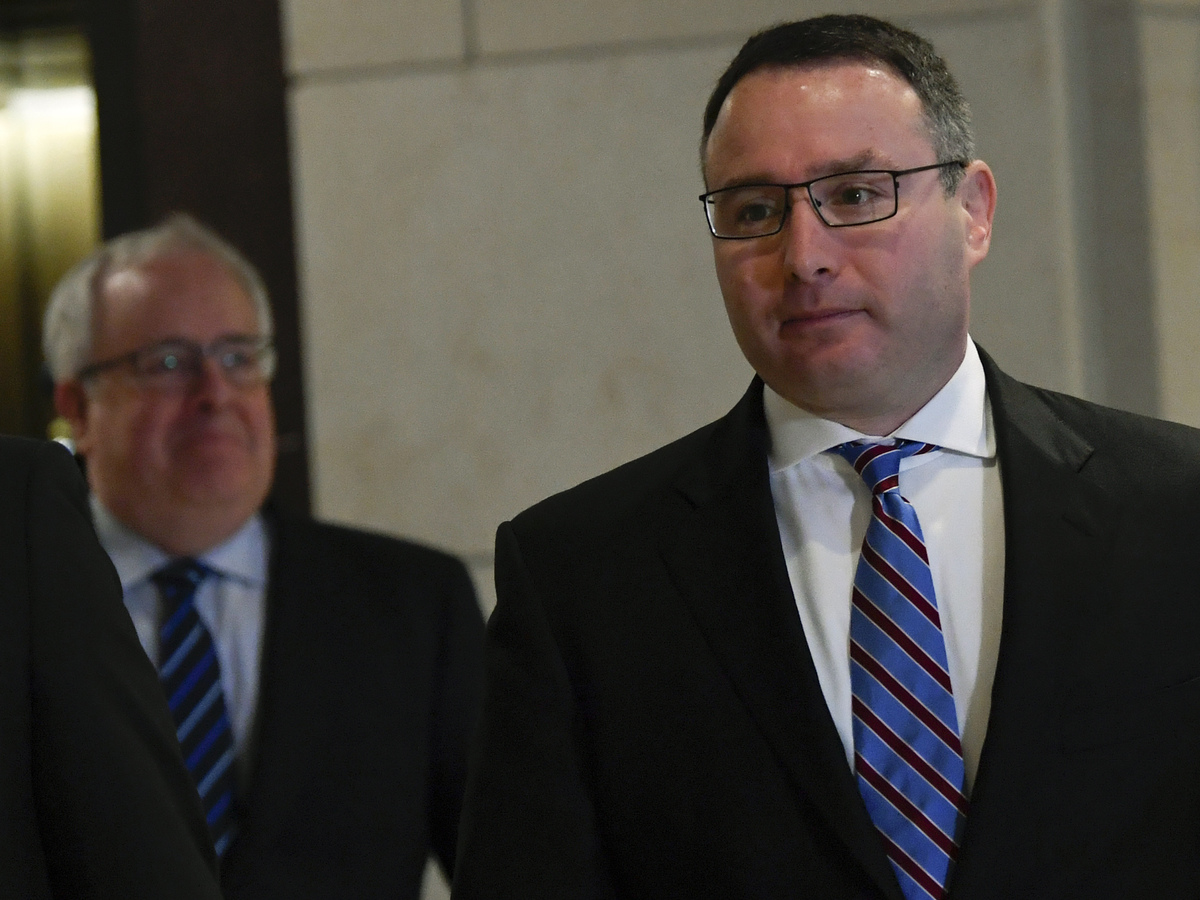 A top White House attorney placed records about President Trump's now-famous Ukraine call in a system few could access, according to Alexander Vindman, seen arriving to review his testimony in the impeachment inquiry.

White House officials filed the record of President Trump's now-famous call with his Ukrainian counterpart on a "different, more secure system" from the one they normally used, a key witness told House impeachment investigators.

Lt. Col. Alexander Vindman, the top Ukraine specialist on the National Security Council, described that handling of the July 25 phone call in his closed-door deposition at the Capitol, the transcript from which was released on Friday.

Vindman had access to the more secure system, he said, but "it was not functioning properly" and he had to "go analog" and offer annotations on paper, rather than editing the document in the way he usually did.

Vindman said it was the first time he'd encountered that after taking part in four or five presidential-level phone calls.

And he said that departure in policy followed a conversation he had with a top lawyer on the National Security Council raising concerns about Trump's request that President Volodymyr Zelenskiy launch investigations that might help Trump's campaign in the 2020 election.

John Eisenberg, the lawyer with whom Vindman spoke, has been called to testify but is among the White House officials who've refused and aren't expected to appear.

Trump called the impeachment inquiry a "hoax" on Friday and White House counsel Pat Cipollone has said the administration need not participate — although some current and former officials have, including Vindman.

That's why his testimony, and that of another witness whose deposition was released on Friday, Fiona Hill, are so important to the inquiry: They describe the actions of principal actors from whom investigators may not actually hear firsthand.

Another important detail from Vindman was his recollection about the detail in the phone call record in which Zelenskiy told Trump that prosecutor in the Ukrainian government "will look into the situation, specifically to the company that you mentioned."

What Vindman wrote in his notes was that Zelenskiy specified by name the gas company Burisma — the firm that paid Hunter Biden for a time when he had a position on its board.

That detail would confirm the accounts of others in the Ukraine affair, including the account by the intelligence community whistleblower whose complaint set the drama into motion, that Zelenskiy had been primed by other U.S. officials about the need to "play ball" with Trump when the two men spoke.

In short, even though Trump did not say "Burisma," Zelenskiy did — because he already knew what to expect about Trump's request, according to the testimony.

In the official account of the phone call released by the White House, Zelenskiy is described as using the phrase, "the company you mentioned" to Trump.

In Hill's case, her deposition not only reflects her own reservations about Trump's Ukraine pressure policy, but her descriptions of the views and actions taken by then-national security adviser John Bolton.

For example, Hill described to investigators the details of a July 10 meeting at the White House she attended that brought together Bolton, U.S. Ambassador to the European Union Gordon Sondland and Ukrainian officials.

The Ukrainians were pressing their U.S. counterparts to commit to an Oval Office meeting between Trump and Zelenskiy, she said, and Bolton tried to remain noncommittal.

That's when, Hill said, "Sondland blurted out: 'Well, we have an agreement with the chief of staff [Mick Mulvaney] for a meeting if these investigations in the energy sector start."

"Ambassador Bolton immediately stiffened and ended the meeting," she said.

Hill — a well-known specialist in Russia and the country's president, Vladimir Putin — told investigators that she too objected to the Ukraine strategy and why: It imperiled U.S. assistance to an ally in Ukraine and was helpful to an adversary, in Russia.

"If Ukraine suddenly becomes, as it certainly appears to be, on the track of being a partisan issue, and we can't have a serious nonpartisan or bipartisan discussion about what the U.S. national security interest in it is, then that's a problem," Hill said.

Bolton, meanwhile, had been summoned to talk with impeachment investigators but declined and isn't expected to comply.

Bolton also warned others inside the national security council that Trump's personal lawyer, Rudy Giuliani, was a "hand grenade," according to Hill's account. Other witnesses at the inquiry have said Giuliani appeared to be conducting a Ukraine foreign policy that was often at odds with U.S. interests.

"I was extremely concerned that whatever it was that Mr. Giuliani was doing might not be legal," Hill said at her closed-door deposition Oct. 14, according to the transcript released Friday.

Trump again criticized the impeachment inquiry on Friday when he talked with reporters before leaving the White House but also said he wasn't "concerned about anything."

"The testimony has been fine," Trump said.

The president restated that he thought his call with Zelenskiy had been "perfect" and blamed Democrats and "never-Trumpers" for what he called the new "hoax" about Ukraine.

Trump is so confident there were no problems with his Ukraine policy that he resurfaced the idea of releasing an account of an earlier call he made to Zelenskiy to congratulate him after his election.

Trump has broached that record before and suggested he might release it, along with one involving Vice President Mike Pence, but so far the White House hasn't released them.

On Friday, however, Trump reopened the matter and suggested the other record now could be forthcoming too.

"The call was perfect," Trump said. "Now they're after ... a second call which nobody knew about and I guess they want that call to be produced also. So I have a second call I have with the president, which actually I believe came before this one. And now they all want that one. And if they want it, I'll give it to them."