Accessibility links
Australia Battling Unprecedented Number Of Wildfires Across New South Wales Officials say persistent drought caused a massive outbreak of fires in New South Wales, which is the country's most populous state. Dangerous conditions are expected to continue in the coming months.

Wildfires Rage In Australian State: 'We've Simply Never Had This Number Of Fires'

Wildfires Rage In Australian State: 'We've Simply Never Had This Number Of Fires' 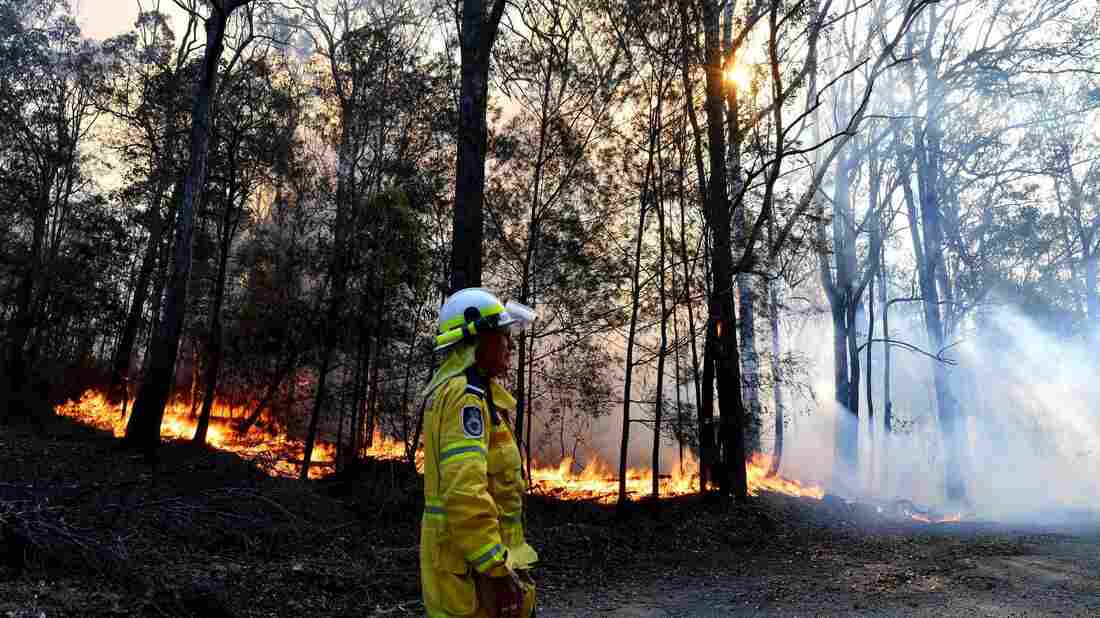 A firefighter monitors a fire on Saturday near Port Macquarie in New South Wales. Australia's most populous state has been subject to a large outbreak of wildfires because of drought conditions. Saeed Khan/AFP via Getty Images hide caption 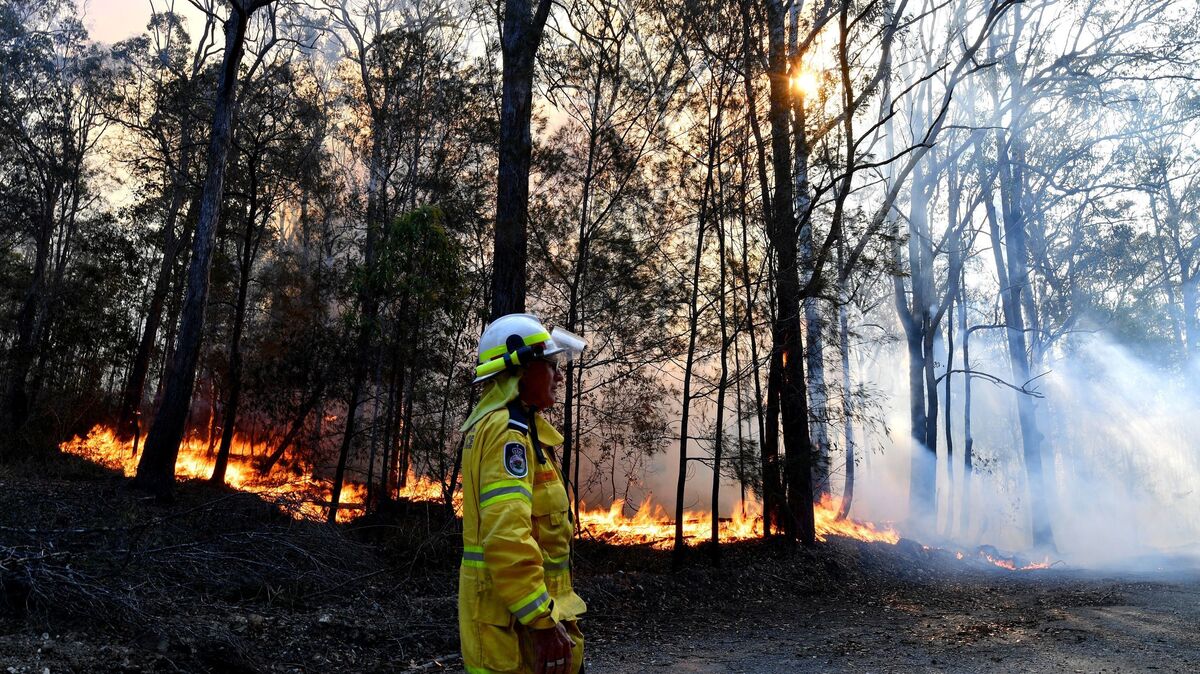 A firefighter monitors a fire on Saturday near Port Macquarie in New South Wales. Australia's most populous state has been subject to a large outbreak of wildfires because of drought conditions.

An unprecedented number of wildfires are raging across Australia's most populous state. Fire officials say there were nearly 100 active fires in New South Wales on Friday, with dozens reaching "out of control" status.

The wildfires have charred hundreds of thousands of acres across the state, driven by extremely hot, dry and windy conditions. Thousands of residents in New South Wales have been forced to leave their homes.

Fitzsimmons says Australia's persistent drought is one of the major causes of the massive outbreak of fires — and that as Australia enters its summer months, erratic and dangerous fire behavior will continue.

"There's just nothing in our forecast to suggest anything but a dominance of above-average temperatures and below-average rainfall," he said. "We've still got to get into summer, where typically we have our worst of weather conditions."

This shows the dangerous conditions that have confronted firefighters and residents today. This is the crew from Warringah HQ at the Hillville fire near Taree. #nswrfs #nswfires pic.twitter.com/lIhnF8P1Qf

Rainfall last month was extremely low across New South Wales and other parts of Australia, with some regions recording their driest October ever. The nation's Bureau of Meteorology says this trend will continue until the end of the year.

Bright orange skies engulfed coastal towns in New South Wales on Friday, and smoke and ash from the wildfires covered Sydney with a gloomy haze. As of Saturday, 100 homes in New South Wales had been destroyed and two people were missing, according to the state's Rural Fire Service. At least one person has died, after a body was discovered inside a vehicle burned in the Kangawalla fire near Glen Innes.

There have been several reports of people being trapped in their homes. The RFS said that one fire, which has burned more than 160,000 acres, grew so quickly that it was too late to evacuate the neighboring town.

"Unfortunately, many people have called for help but due to the size and speed of the fires we couldn't get to everyone, even by road or helicopter," the agency tweeted.

Firefighters were continuing to battle fires that remained out of control through the night and into Saturday morning. The biggest fire was in Carrai National Park to the north of Sydney, where nearly 300,000 acres have been burned. 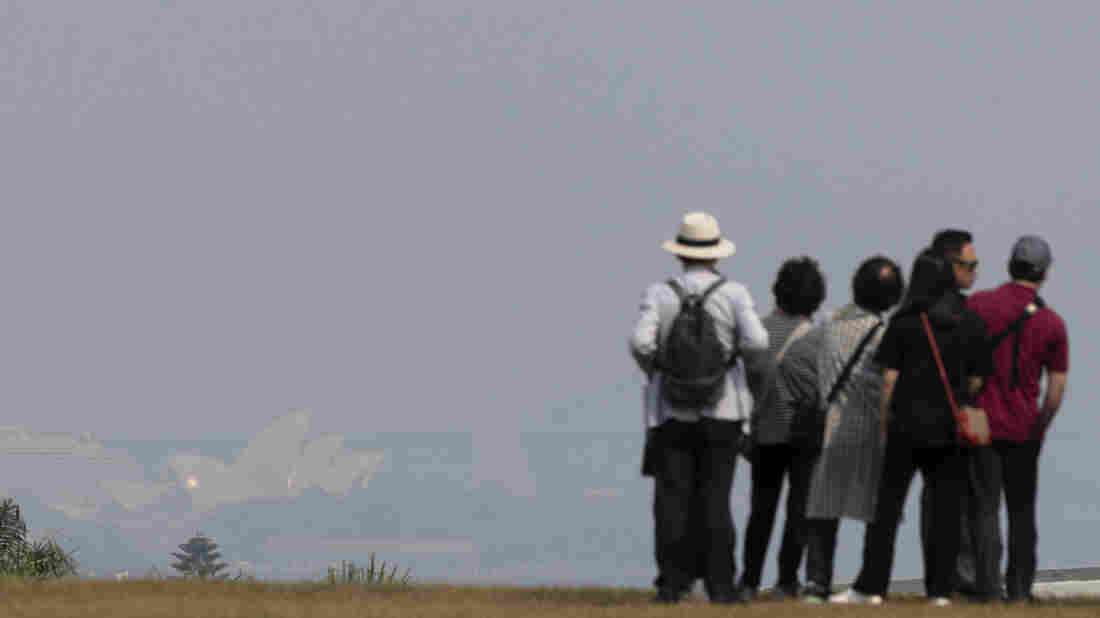 People overlook the Sydney Opera House, which has been covered by smoke from fires in New South Wales. Brook Mitchell/Getty Images hide caption 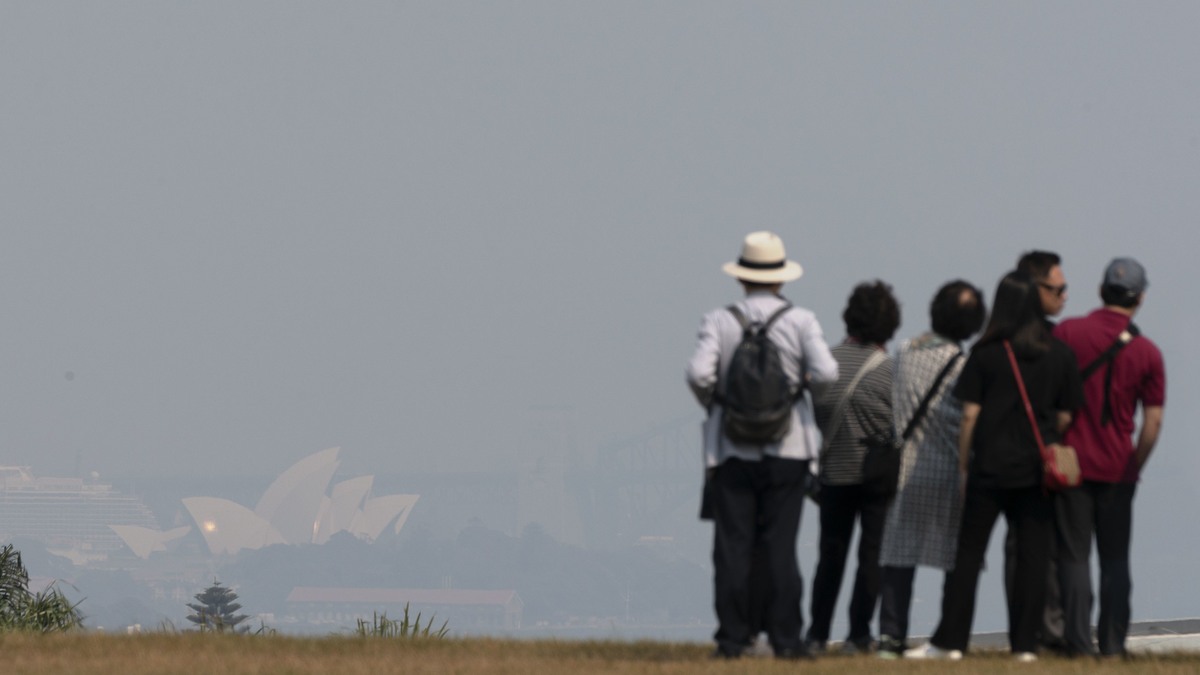 People overlook the Sydney Opera House, which has been covered by smoke from fires in New South Wales.

Last week, one fire burning near Port Macquarie destroyed over 5,000 acres. Experts said some 350 koalas died and the colony's natural habitat was devastated. The Port Macquarie Koala Hospital has been rescuing koalas from the burned area, however, fresh fires bring more danger to the animal.

"We cant seem to win," the organization posted on Facebook. "Just when we were putting up a positive happy post...The area they just finished search work today — some of the unburnt country with koalas in it, is now burning like hell again!"