Accessibility links
'Lula,' Brazil's Popular Ex-President, Freed From Prison — For Now A court ordered the release of Luiz Inácio Lula da Silva, one day after a Supreme Court decision cleared the way. Now, he can remain free as long as appeals of his corruption conviction unfold. 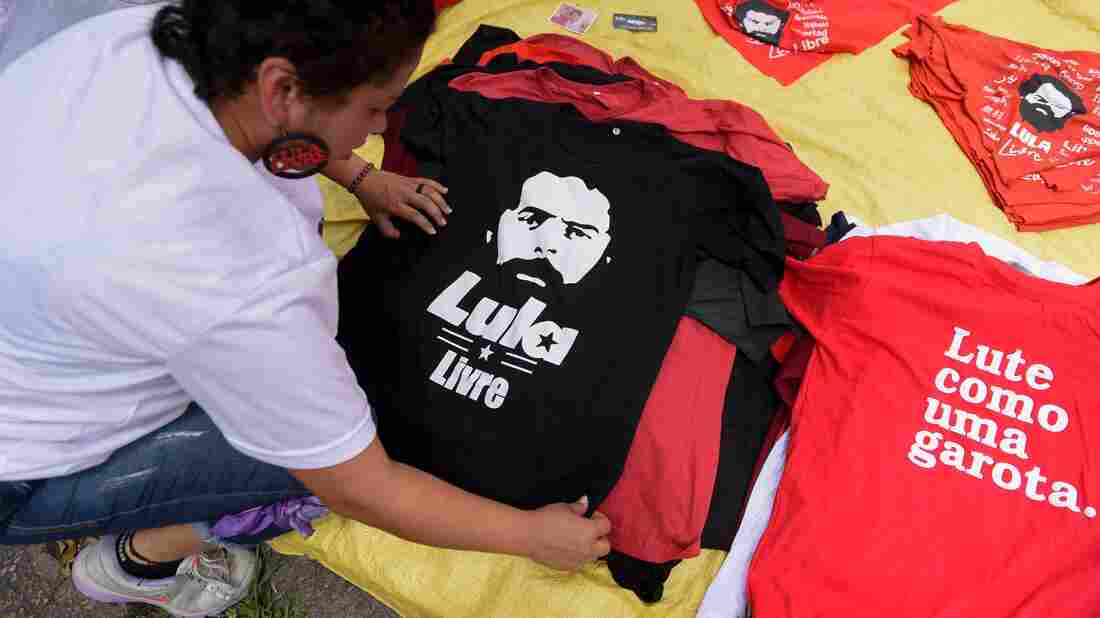 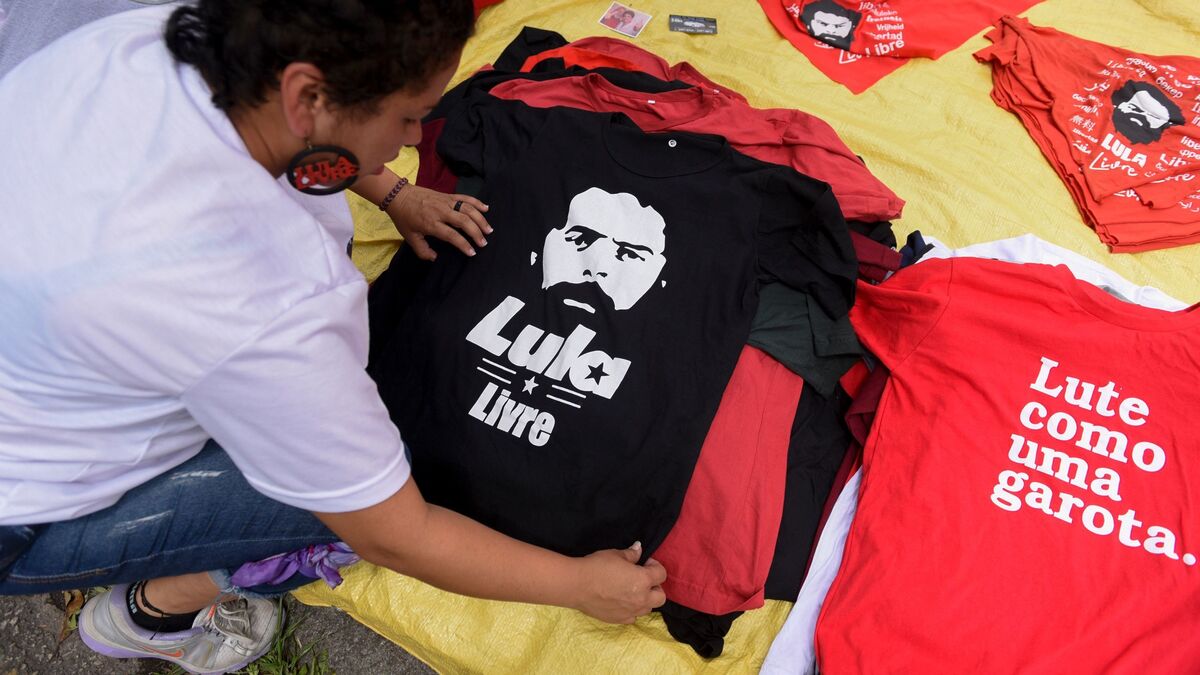 On Friday, a judge ordered the release of Brazil's popular former president, who is better known simply as "Lula." The order was handed down just one day after the country's Supreme Court ruled that convicted defendants cannot be jailed until their appeals to higher courts have been exhausted.

The court's split decision on Thursday directly applied to da Silva, who on Friday walked out of federal police headquarters in the Brazilian city of Curitiba, where he was greeted with fireworks and flowers, hugs and songs from supporters gathered outside. Da Silva, 74, had spent about a year and a half in prison following his conviction on corruption and money laundering charges.

The former two-term president had been ensnared in a massive corruption probe that has transcended national boundaries and felled a number of prominent figures in politics and business across South America — including one of da Silva's successors in the presidency, Michel Temer, who himself was arrested earlier this year.

In 2017, da Silva was convicted of trading government contracts for illegal kickbacks and was eventually sentenced to 12 years in prison — a punishment that was trimmed to nearly nine years in April. Though he has long professed innocence, thus far his attempts at appeal have failed.

Now, da Silva can remain free as long as appeals of his corruption conviction unfold.

His supporters claim the corruption allegations were part of a plot to derail da Silva's bid for a third term in last year's presidential election, in which he had been a runaway favorite before his legal woes knocked him from the race. Instead, far-right candidate Jair Bolsonaro won the presidency.

Since his victory, Bolsonaro's tenure has not been free of controversy. He recently attracted international criticism for his handling of a spate of fires across the Amazon rainforest earlier this year.

Some 5,000 other prisoners could also seek release because of the Supreme Court ruling, according to Brazilian media.

On Friday, da Silva's official Twitter account celebrated news of his release with a workout video of the ex-president set to the song "Eye of the Tiger" — whatever that means.