Accessibility links
A 'National Challenge': Pete Buttigieg On Racial Inequity in Policing If elected president, the South Bend., Ind., mayor says he will prioritize building more trust between law enforcement and marginalized communities across the country.

Nearly five months after the deadly police shooting of a black man in South Bend, Ind., pulled Mayor Pete Buttigieg off the campaign trail, the Democratic presidential hopeful is highlighting his plans to heal fractured relationships between law enforcement and African American communities across the country.

Buttigieg spoke with NPR host Scott Simon and two undecided voters in his hometown on Wednesday, acknowledging the criticism he's faced for overseeing a police department that doesn't reflect the racial makeup of the South Bend. African Americans make up about 26% of the city's population, but its police force is about 88% white. 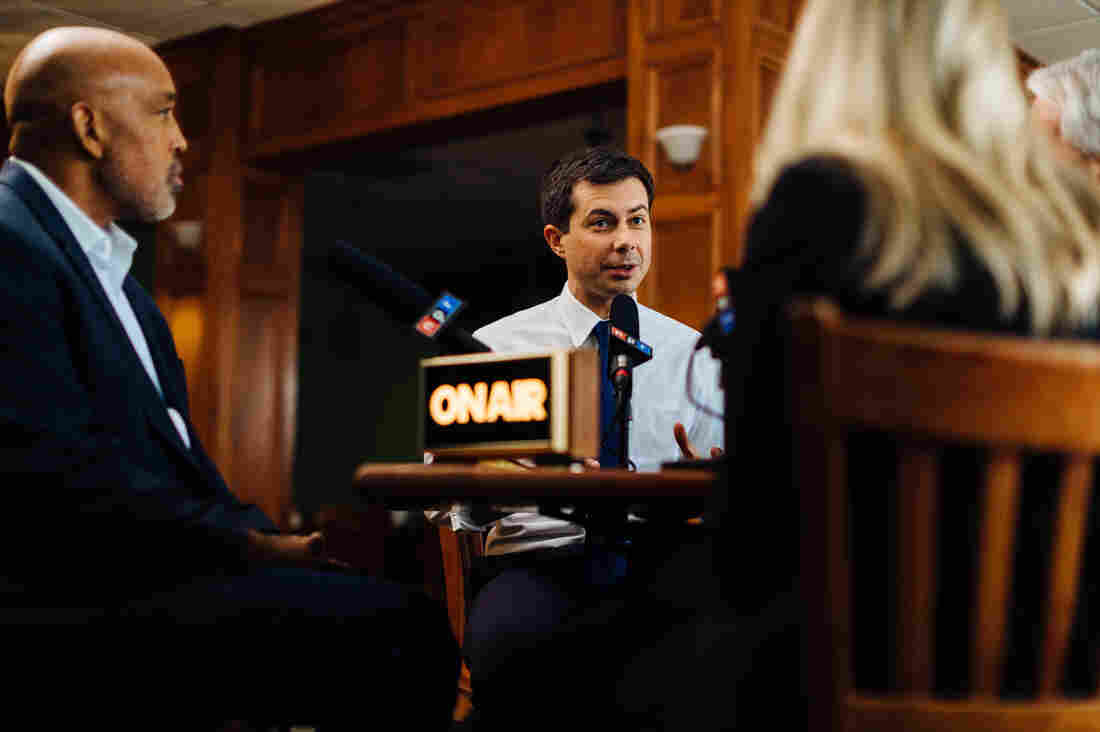 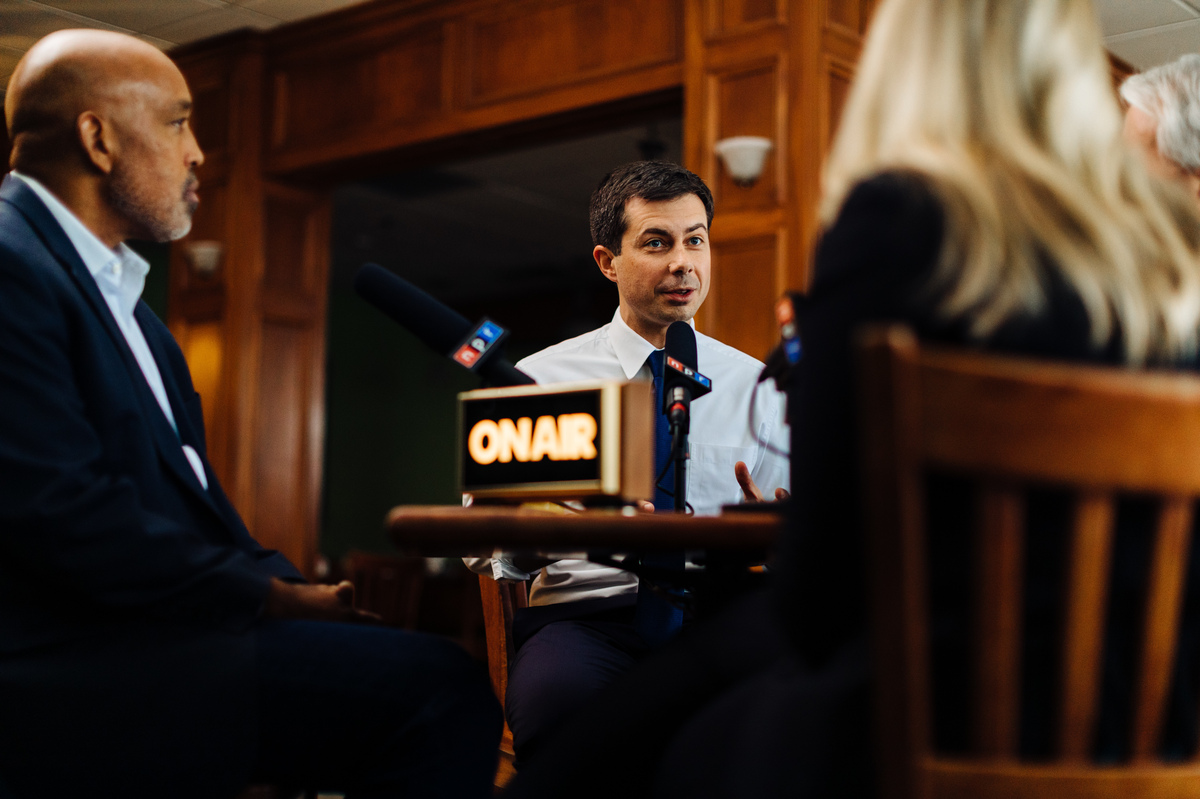 "We've had a real struggle with that during my time as mayor," Buttigieg said. "But not only [in] South Bend. It's really a national challenge."

The focus on that challenge was heightened for Buttigieg back in June, after a white South Bend police sergeant shot and killed Eric Logan, a black resident, during a car break-in investigation.

Buttigieg left the campaign trail to meet with community members in South Bend after the shooting, but drew emotional jeers from residents who expressed feelings that he hadn't done enough to enforce accountability for police officers. 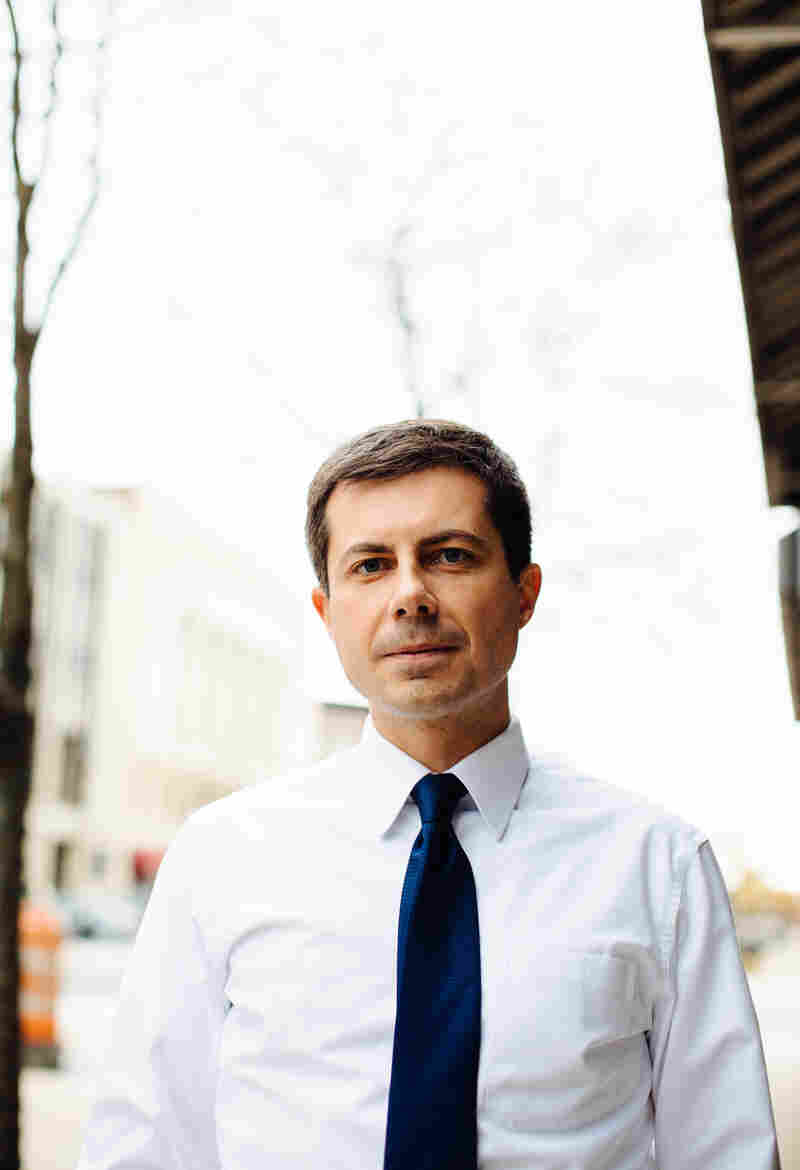 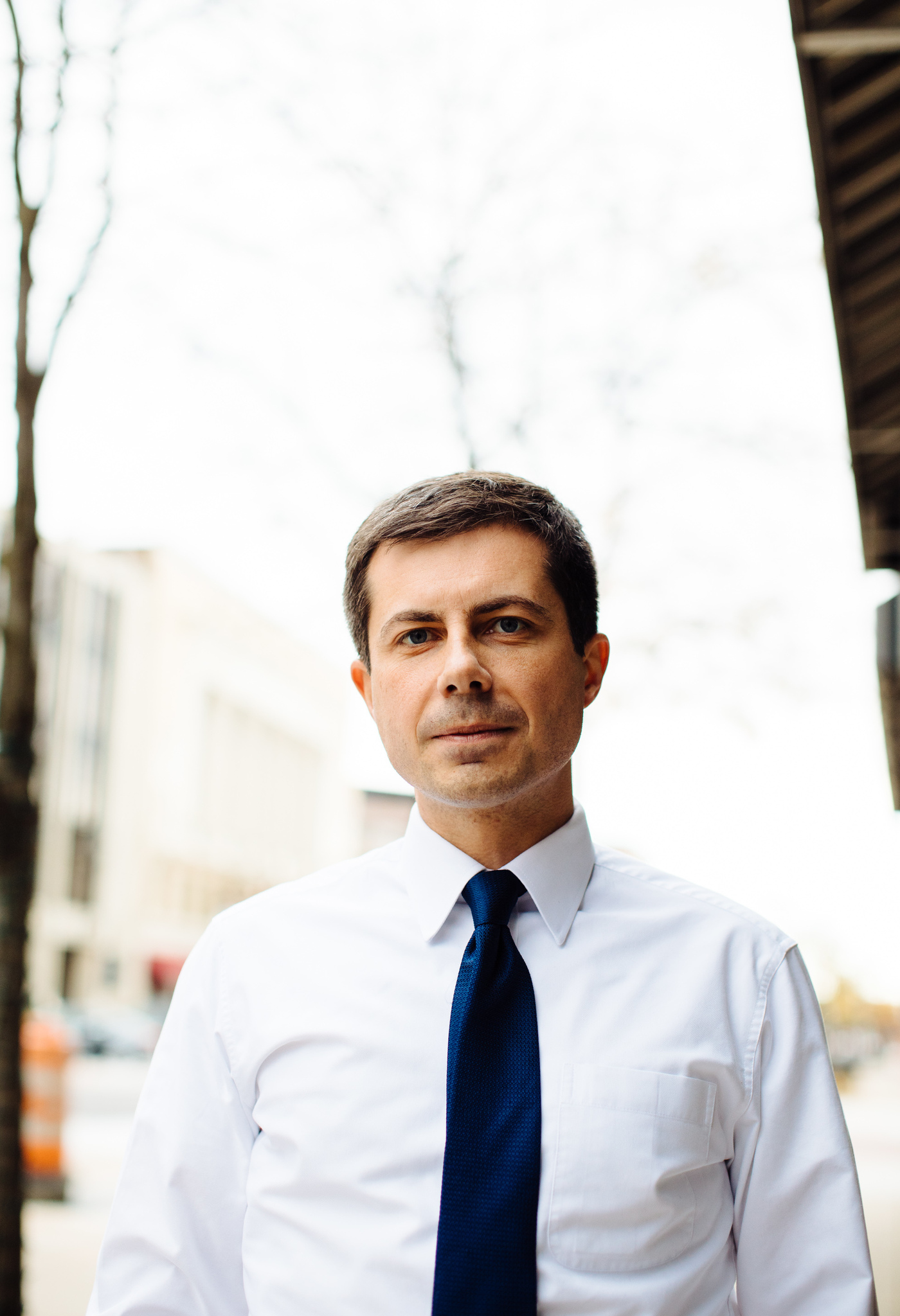 One voter at the table with Buttigieg on Wednesday, Michael Logan, is a retired Michigan State Police sergeant and is African American (and of no relation to the shooting victim). He pressed Buttigieg on whether he had a broader plan to implement measures to instill more trust between police and marginalized communities.

"One of the things I saw most immediately in my career was the need for law enforcement to actively engage with the under-represented community ... because that has a long-term effect on people's behavior and in cultural change," he said.

Buttigieg said as part of his Douglass Plan to address institutional racism he'd want to form a national police academy that "trains [law enforcement officers] not just in tactics but in these kinds of cultural questions."

Buttigieg also called for a federal partnership with historically black colleges and universities to recruit more people of color to careers in law enforcement and foster more equity in the criminal justice system.

"For the same reason," Buttigieg said, "I think it's so important for people with diverse backgrounds and different ideological backgrounds to seek not only to be public defenders, but to be prosecutors."

Michael Logan said he liked the idea but pressed Buttigieg on how he'd pay for his plan. The mayor suggested corporate tax increases as part of the solution.

"It is going to require asking some to do more — in particular, corporations — that right now, can make billions of dollars and pay literally zero in federal income taxes. And we can't expect to thrive or grow in safety and health," said Buttigieg, "if we're not willing to gather that revenue and put it to good use."

Off Script is edited and produced for broadcast by Ashley Brown and Bridget De Chagas. Eric Marrapodi is Off Script's supervising editor.